Royal Roads – Royal Roads is a very fun game in the style of strategy gamesPublished by 8floor games ltd for $ 1.99 for Android devices. The game has already been released on the Xbox, Nintendo Switch, and PC platforms and has a good track record. If you are familiar with resource management games, you can guess what the story is about. But what makes Royal Roads different from other games in this genre is its story twists! Even if we want to take a closer look, we find that this game is superior to other games in many ways, especially in terms of content, and it seems that the developers of this game have identified the flaws of past games of this genre, and They have tried to solve these problems to a large extent, and if we want to be fair, we must say that they have really succeeded in doing so. So if you love resource management style games, you will definitely not regret choosing this game! The story of this game is about the story of a young princess named “Laina”. Laina, who has spent all her life in the Great Palace of the Kingdom, is ready for the coronation day. The promised day arrives and all the people of the kingdom come together in the palace to celebrate the coronation of the princess and celebrate her enthronement, but at the last moment an evil witch enters the palace and stops the coronation. The witch says that Laina has lived in luxury all her life and does not know anything about ordinary people and the problems they face, so she has no right to be chosen as the queen. The witch curses Laina and white light covers the whole palace, so that all the people close their eyes from the intensity of the light.. Now you have to help Laina find the witch and break the spell so that she can take back her family inheritance and sit on the throne. To do this, you must help the people who support her to find the witch, improve their residence, and get closer to finding the witch by performing various tasks and daily tasks at each stage.

When entering the Royal Roads gameYou will encounter a game map that has 100 stages. The basics are pretty easy, and most are designed to familiarize players with the mechanics of the game and the puzzle nature of resource management. Of course, there is a training step for people who are not familiar with such games in the game, but the gameplay is really simple and you can succeed in the game without doing this step. Like most games of this genre, by receiving 3 star points in each stage and completing all tasks, you will be able to earn various prizes, auxiliary forces and boosters. Completing tasks and earning full points is not a difficult task and will be a fun experience for you. Tasks can include repairing bridges, collecting products, managing treasury resources, building various structures, and much more. The difficulty level of the game has an upward trend and at first you are faced with easier tasks, but the further you go in the game, the more difficult your tasks become and the more challenges you face. In terms of special effects, the game environment has a beautiful graphic space and inspires a legendary atmosphere well. The controls are very simple and all the operations of the game are done by tapping the screen of your device. Royal RoadsIt has a score of 4.1 out of 5.0 in Google Play, and you can download the final and purchased version of this game in a tested and completely free version from Usroid servers after viewing the screenshot images related to the gameplay. Hope you enjoy this game! 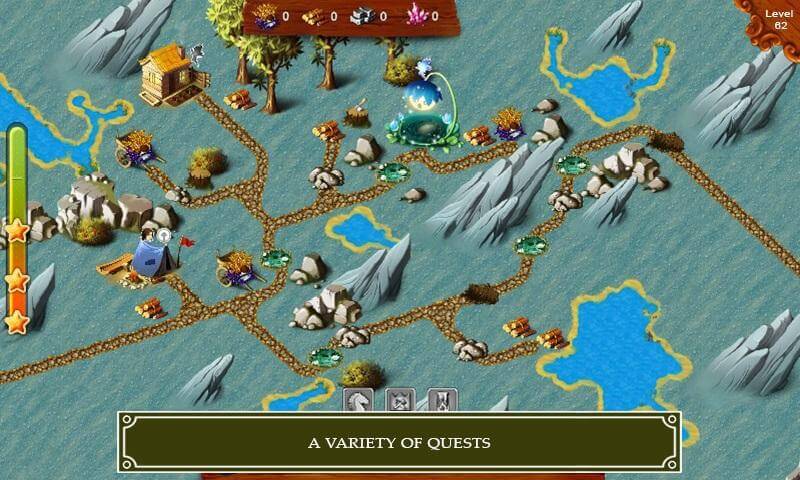 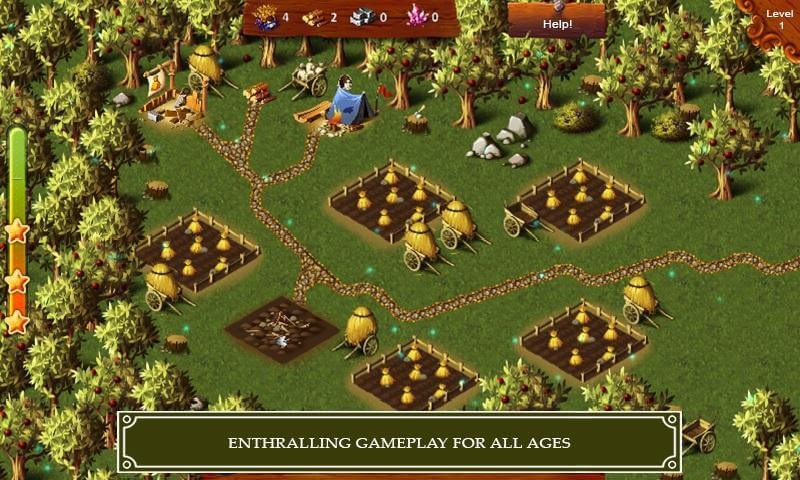 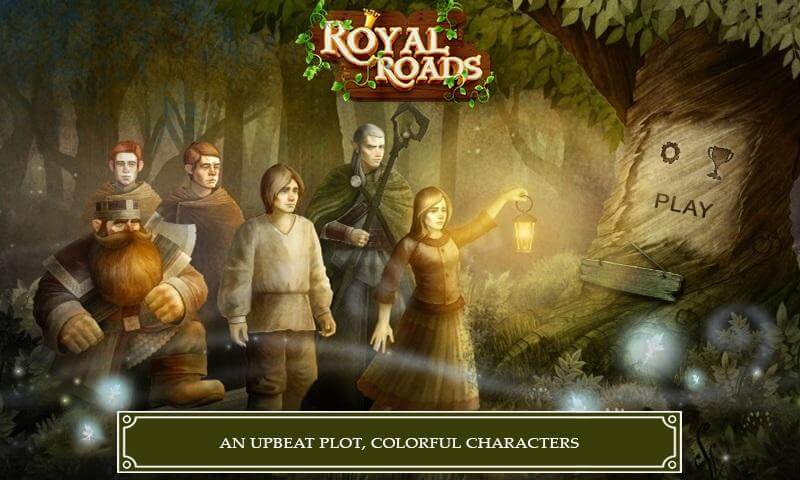 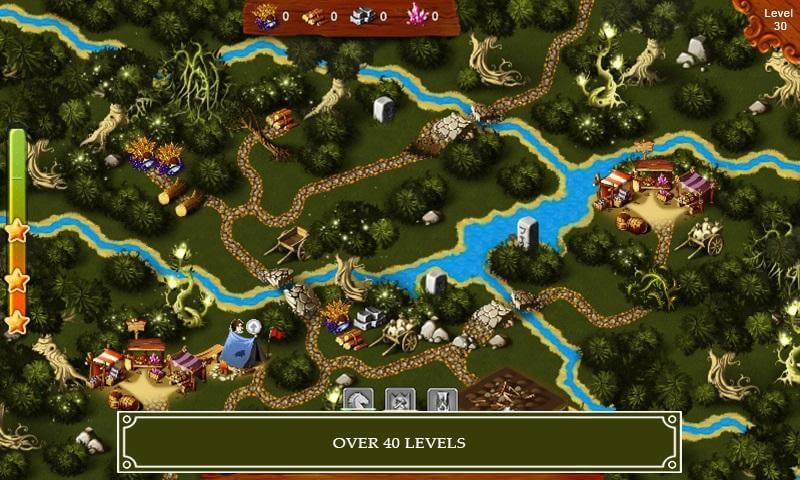 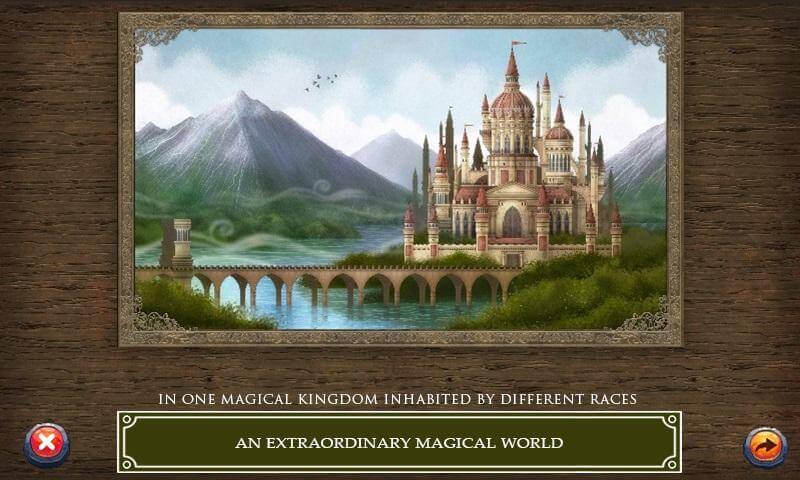 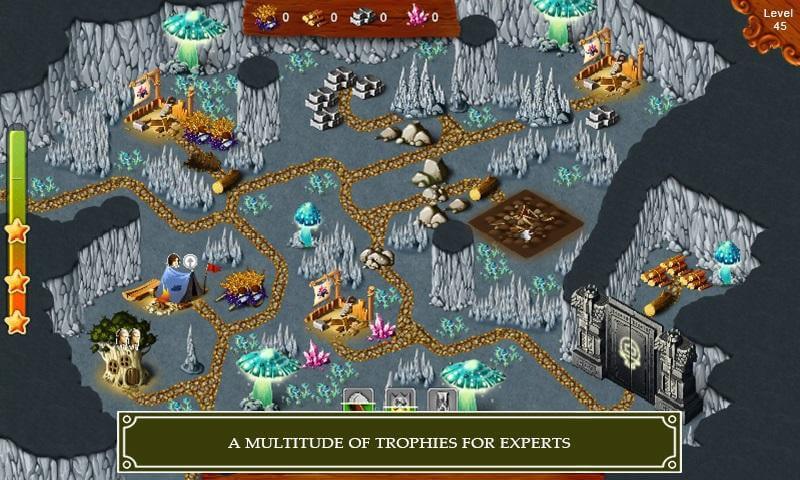