Sabertooth Tiger Simulator v1.2 – Attractive and interesting game of Tiger Sword Simulator Android + trailer
Full and purchased version of the game for $ 1 Dedicated to you dear ones
tested with offline performance

Sabertooth Tiger Simulator – Another game of Gluten Free Games LLC in the style of simulation games, in which you have gone to the prehistoric world and must be considered as an extinct tiger of the sword-toothed tiger. Are to play a role. This species, which lived in the Ice Age alongside other extinct creatures such as dinosaurs, mammoths and even early humans, was one of the most violent and dangerous predators of the time. For a better reminder, you can remember Diego’s character in the Ice Age animated series, because that character was exactly a sword-toothed tiger. We already have other games like Ultimate Bird Simulator , Ultimate Dog Simulator , Ultimate Shark Simulator and Ultimate Jungle SimulatorWe also published this game development studio in Usroid and now we are going to show a slightly different game from Gluten in this article. Sabertooth Tiger Simulator, unlike the games mentioned that deal with known creatures and animals today, has gone to prehistoric creatures. There are also more challenges and issues in this game, which makes Sabertooth Tiger Simulator a different title from previous games. In this game, challenges such as competing with giant creatures such as dinosaurs and mammoths and even early humans and barbarians, as well as the challenge of escaping the danger of extinction and escaping the landing of meteors and similar issues will block your way and make you Make more efforts to save and survive.

Sabertooth Tiger Simulator is a simulator of a prehistoric creature called the Sword-toothed Tiger, and in this game you have the opportunity to travel to the era of early humans and the Ice Age, to become more familiar with prehistoric creatures and life full of challenges. Experience them up close. To date, this game has exceeded 10,000 downloads (purchases) on Google Play, and the score registered for it is 4.3 out of 5.0 . If you want to download and install this game, you can watch the pictures and video of the game trailer to get more acquainted with the style and context of Sabertooth Tiger Simulator, and then, if you wish, download the latest update of the purchased version of this game for free from Usroid. download. 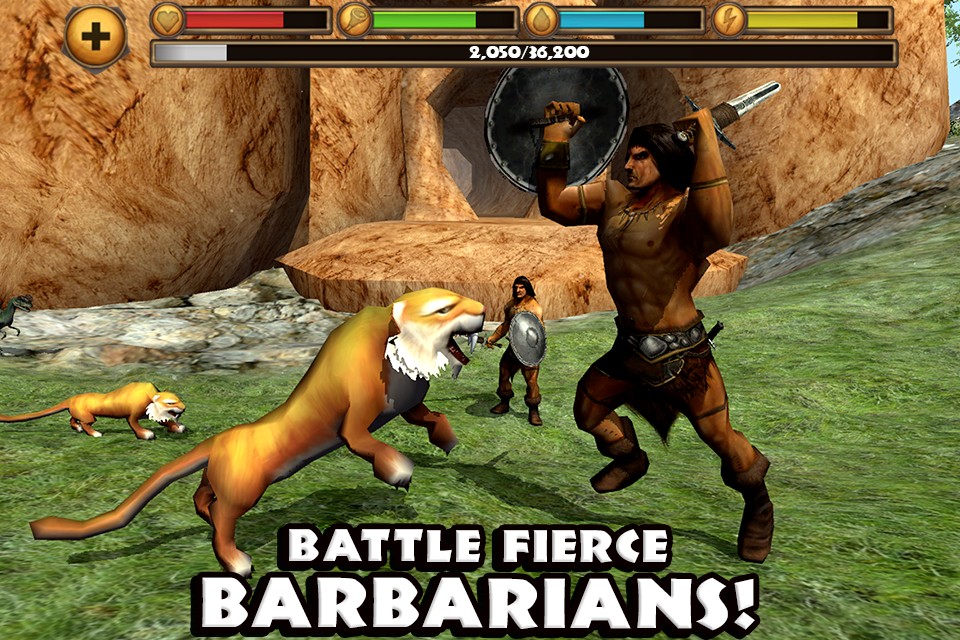 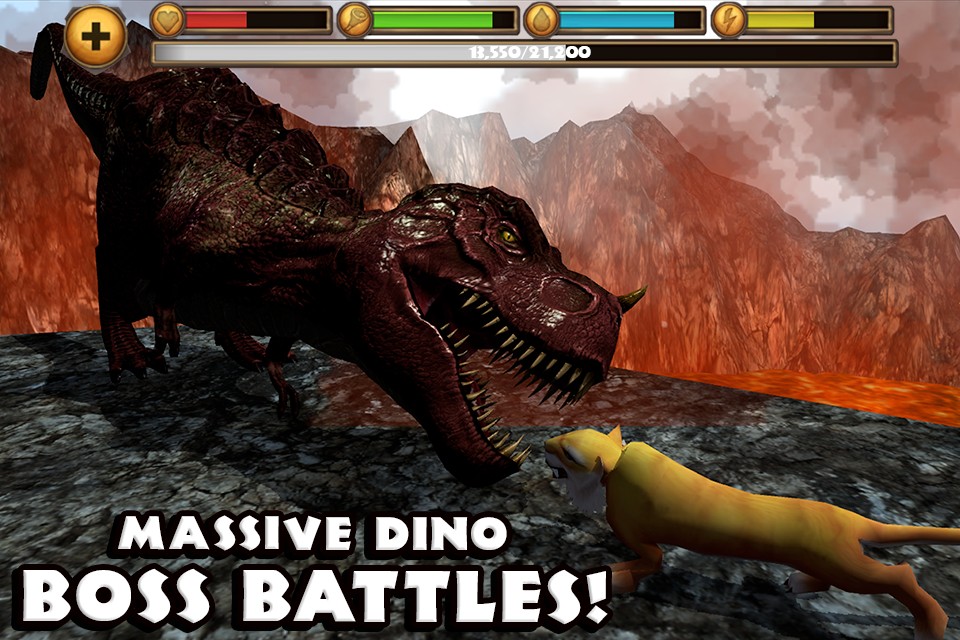 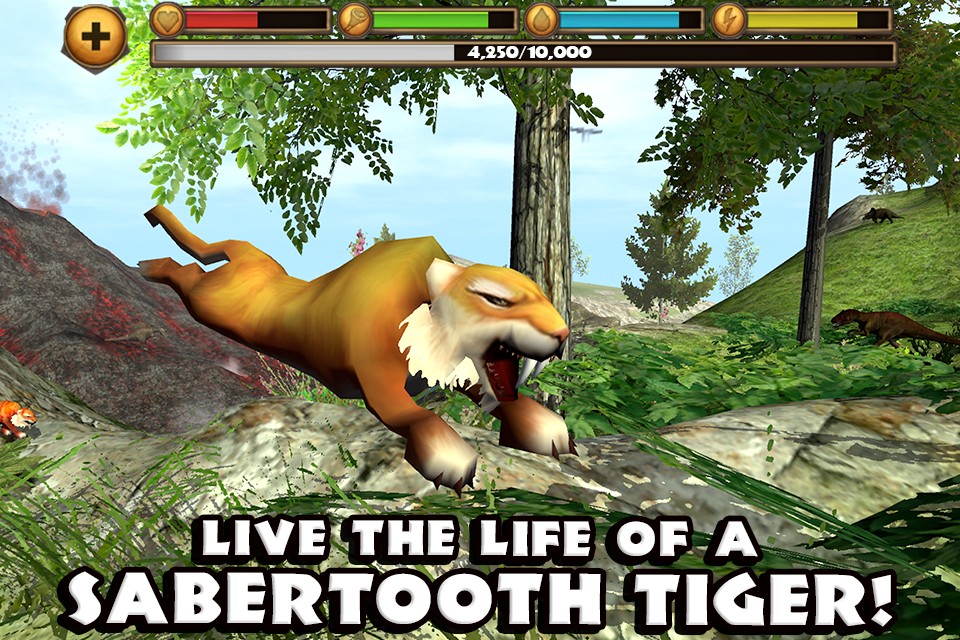 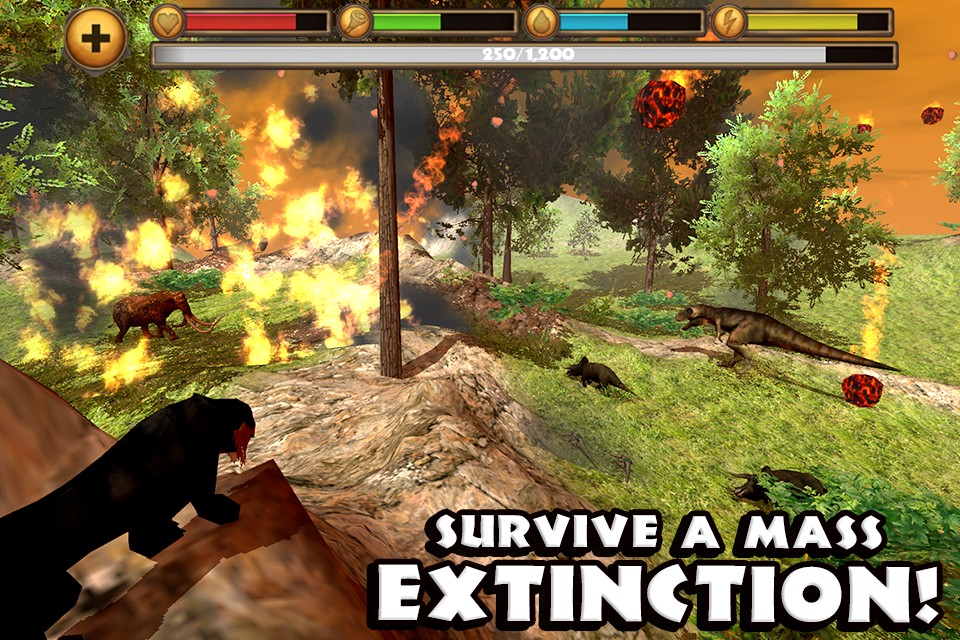 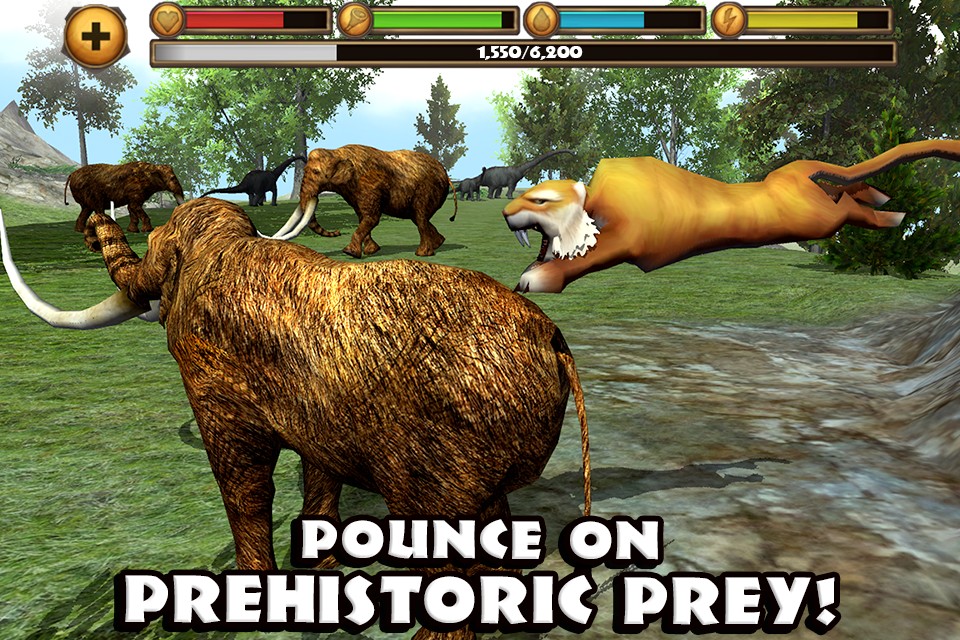