Santorini Board Game – Santorini board game is an interesting and different game from the Canadian studio Roxley Games, which is modeled on a physical board game of the same name and is available for $ 4.99 for the Android operating system. Usroid first of all Iranian sites to prepare and introduce this game you have dear friends. Santorini Board Game is the studio’s first premium project. In this gameA board with a lot of strategic elements, you travel to ancient Greece and the era of the powerful and legendary gods of this land. Your job is to build and develop a small town of domed buildings. To do this, you must use workers. In fact, you are in the role of one of the ancient gods of Greece and you can start the game by selecting the desired option. Your job is to first select the main character you want from the different characters and then move on to the next part, the workers and the workforce. In this section, you have to choose your desired worker from among several other characters. You can then enter the game and strategically place the desired beads and items on the screen. To win this game, you need to build three-story or three-story buildings. The top should be dome-shaped so you can win the race.

In the fun and entertaining game Santorini Board Game, there are more than 34 different types of characters with their own capabilities. For example, every god has an exclusive ability that you can take advantage of by enabling and unlocking them during the process. Fortunately, the tutorial for the early parts of the game has also been included in the Santorini Board Game so that players can get a better understanding of the game’s features and characters. This game has two main parts, individual and multiplayer. An individual section or stage called Odyssey Mode is a section where you can follow the steps of the game campaign section. The multiplayer section also includes two modes, offline and online. In the offline section, you can play this game in a two-person turn (Pass-and-Play) device. The online section is also the section where players can compete with other players around the world online. Very interesting and fancy graphics of the game with three-dimensional and spectacular designs are interesting features of Santorini Board Game. Another admirable feature of this game is the use of very attractive and audible text music in accordance with the story and historical atmosphere of the game. The game has been purchased more than 1000 times on Google Play and has also been able toIt also scored 4.1 out of 5.0 . In the following, you can get the purchased version and the latest Santorini Board Game update in a tested and free form from Usroid site. 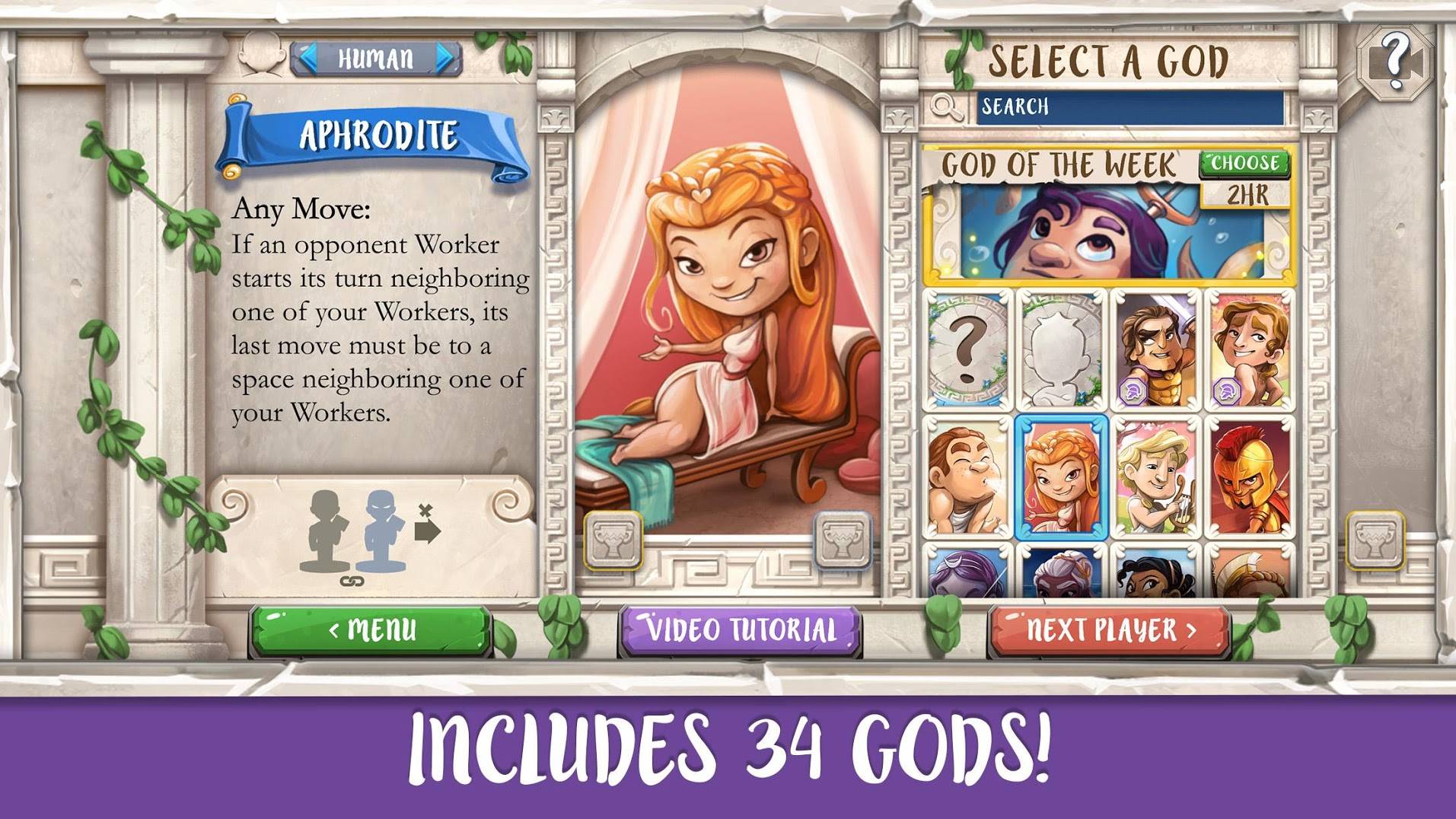 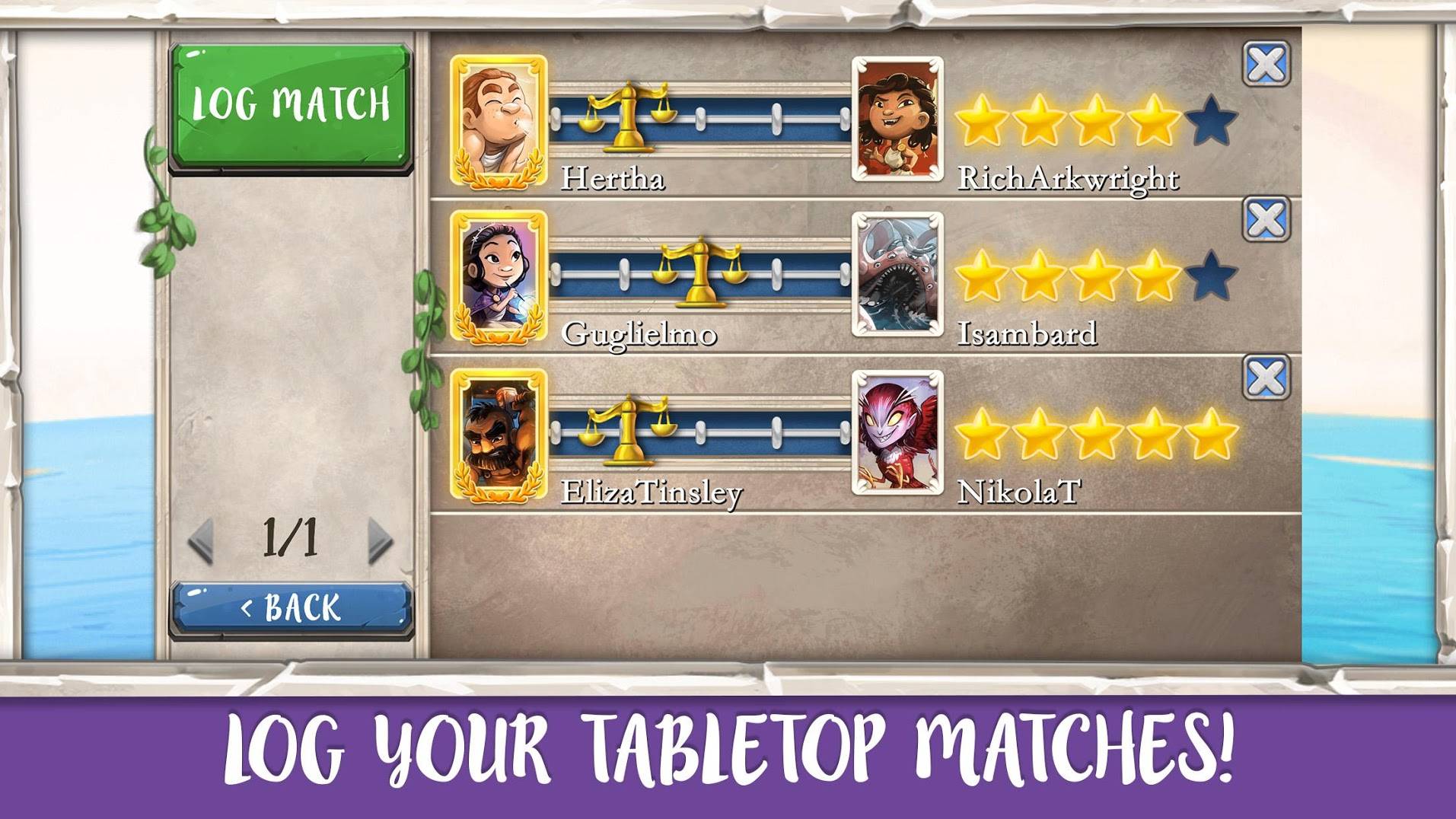 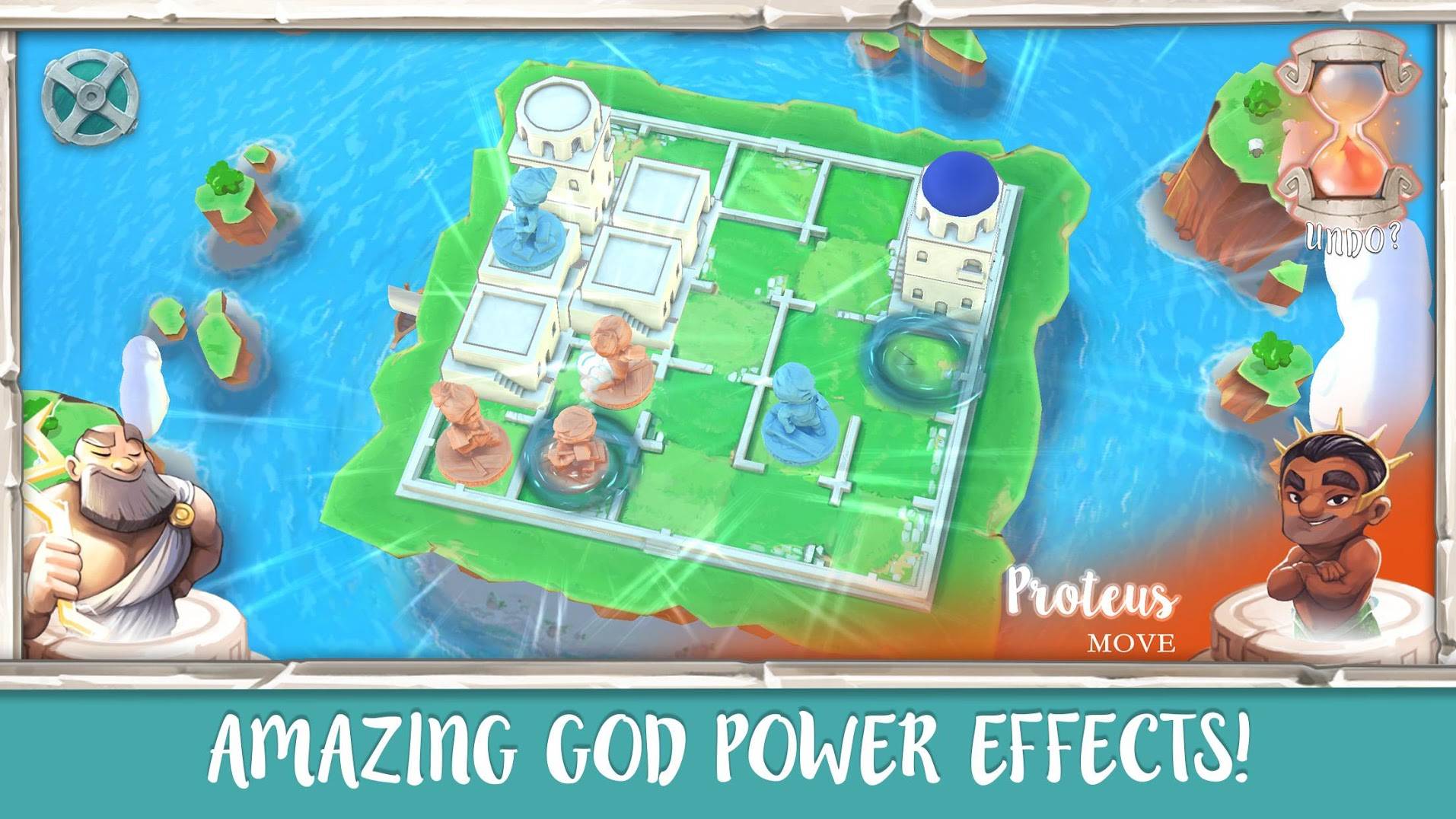 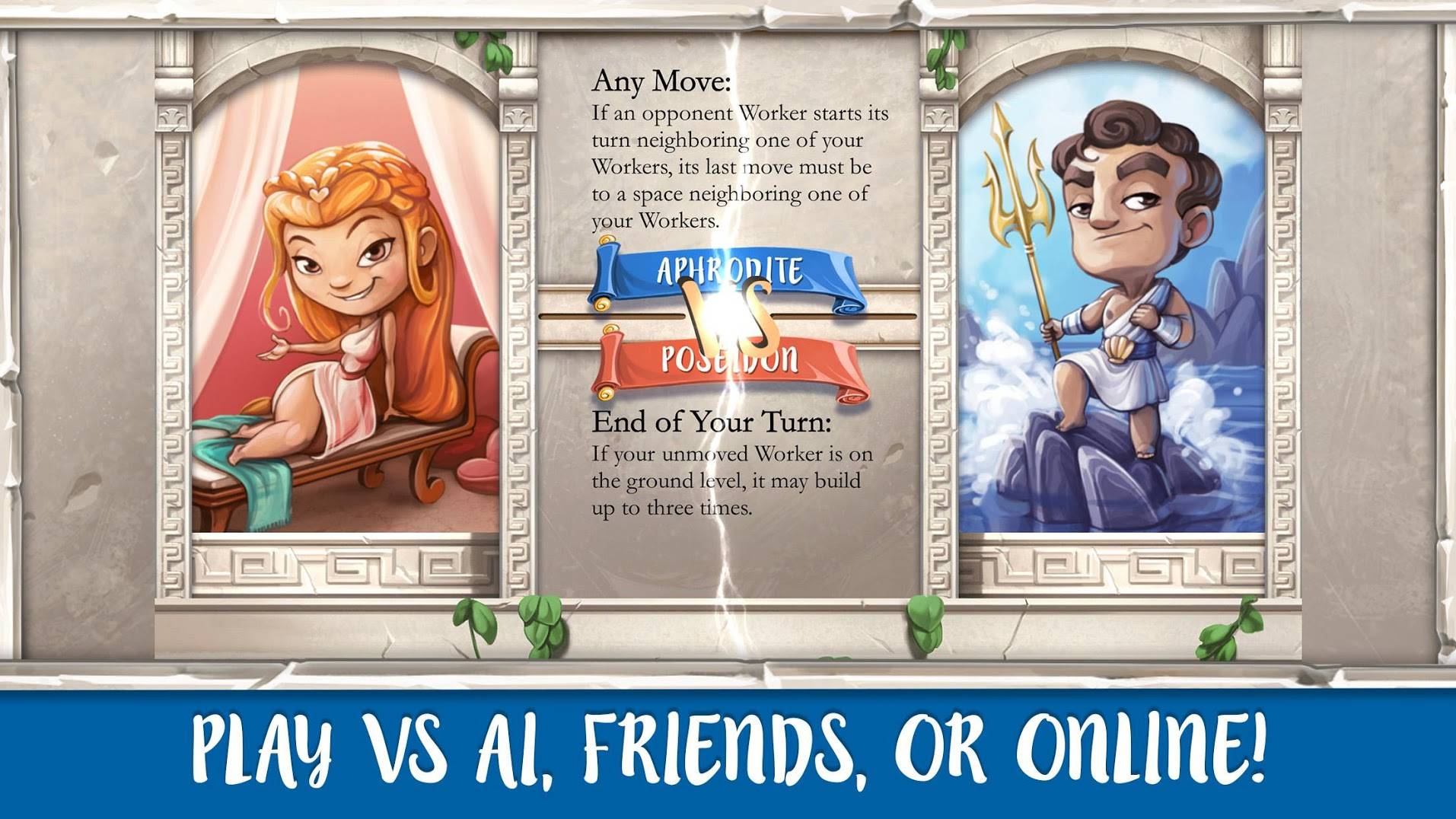 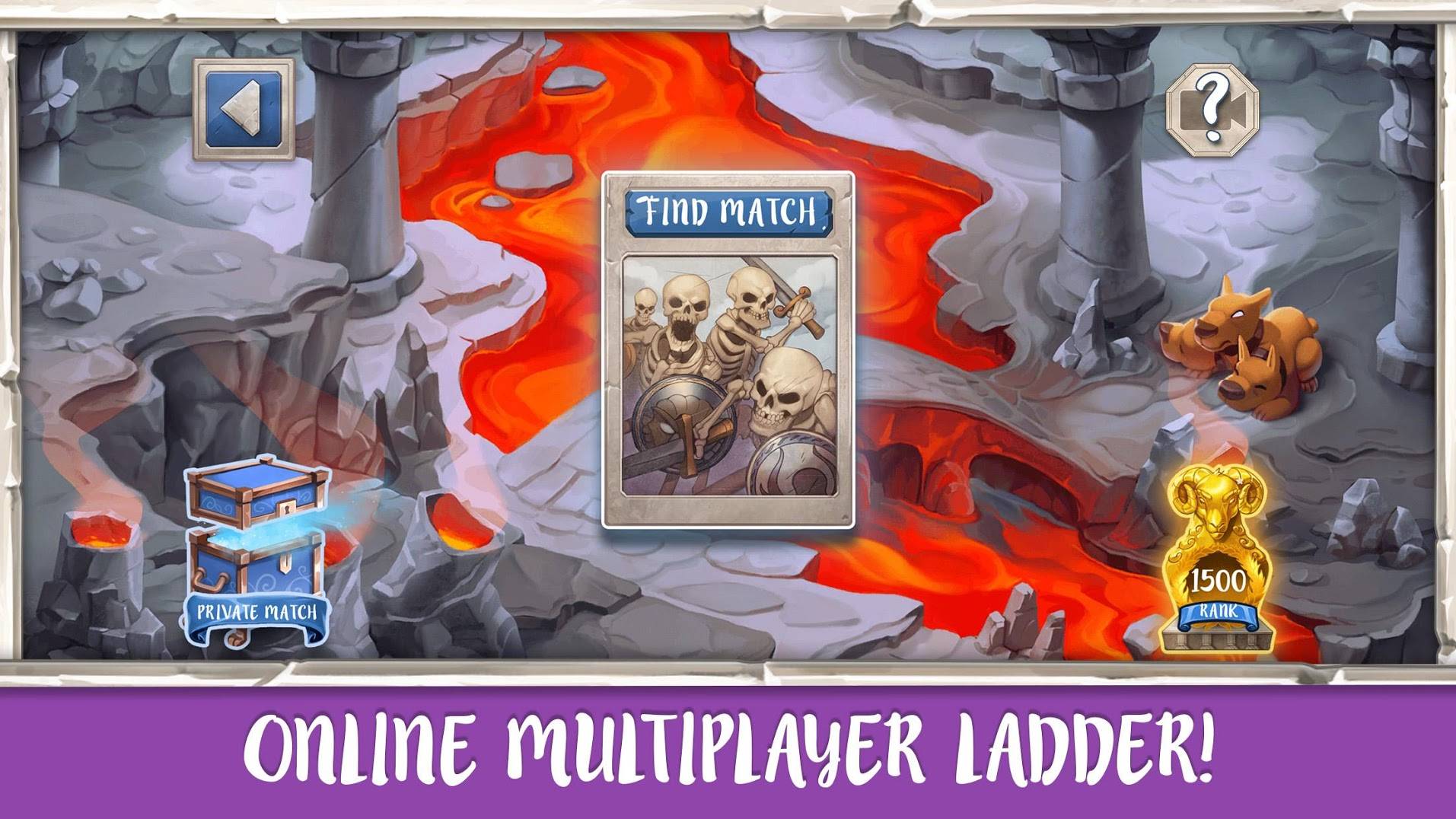 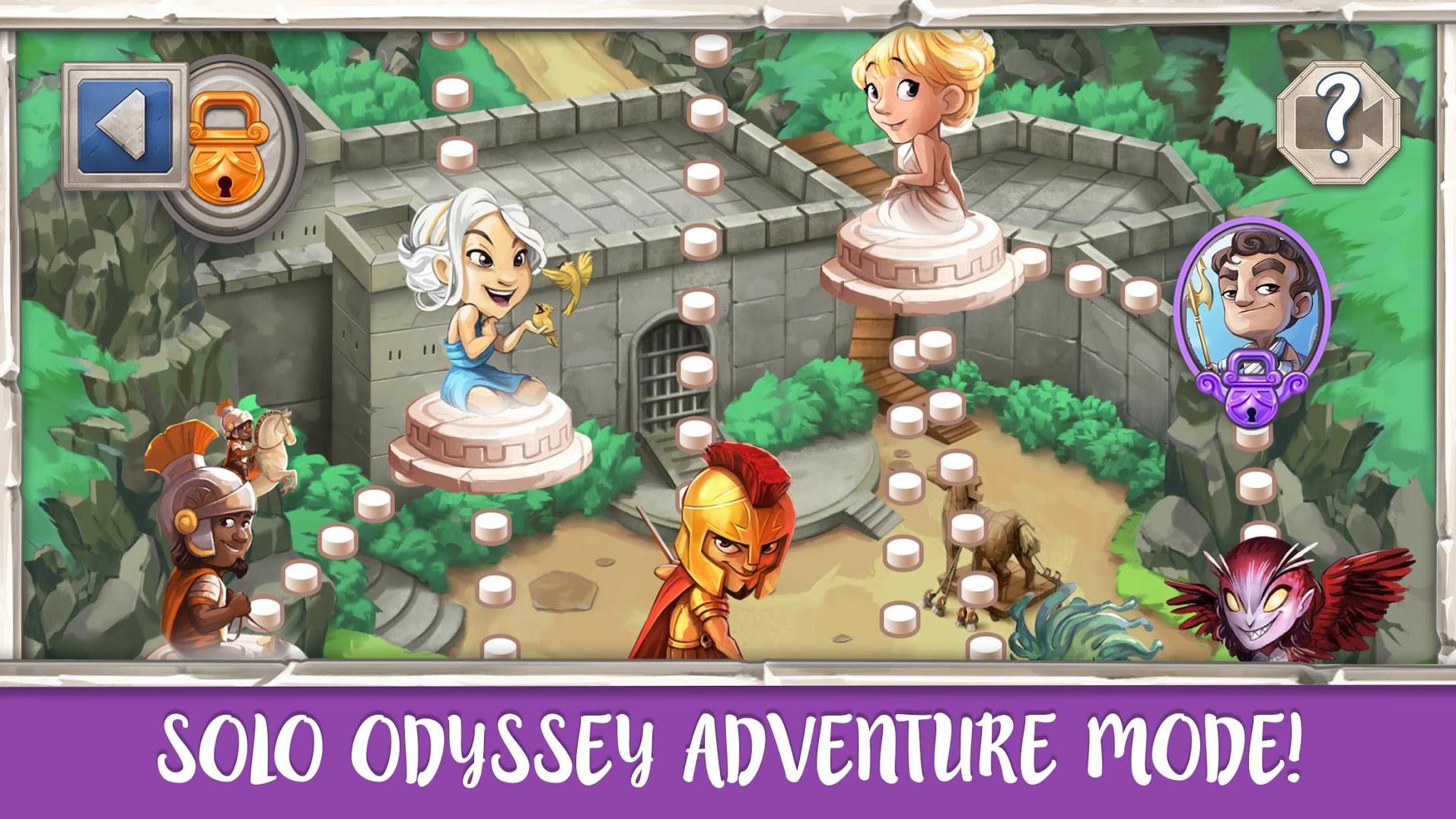 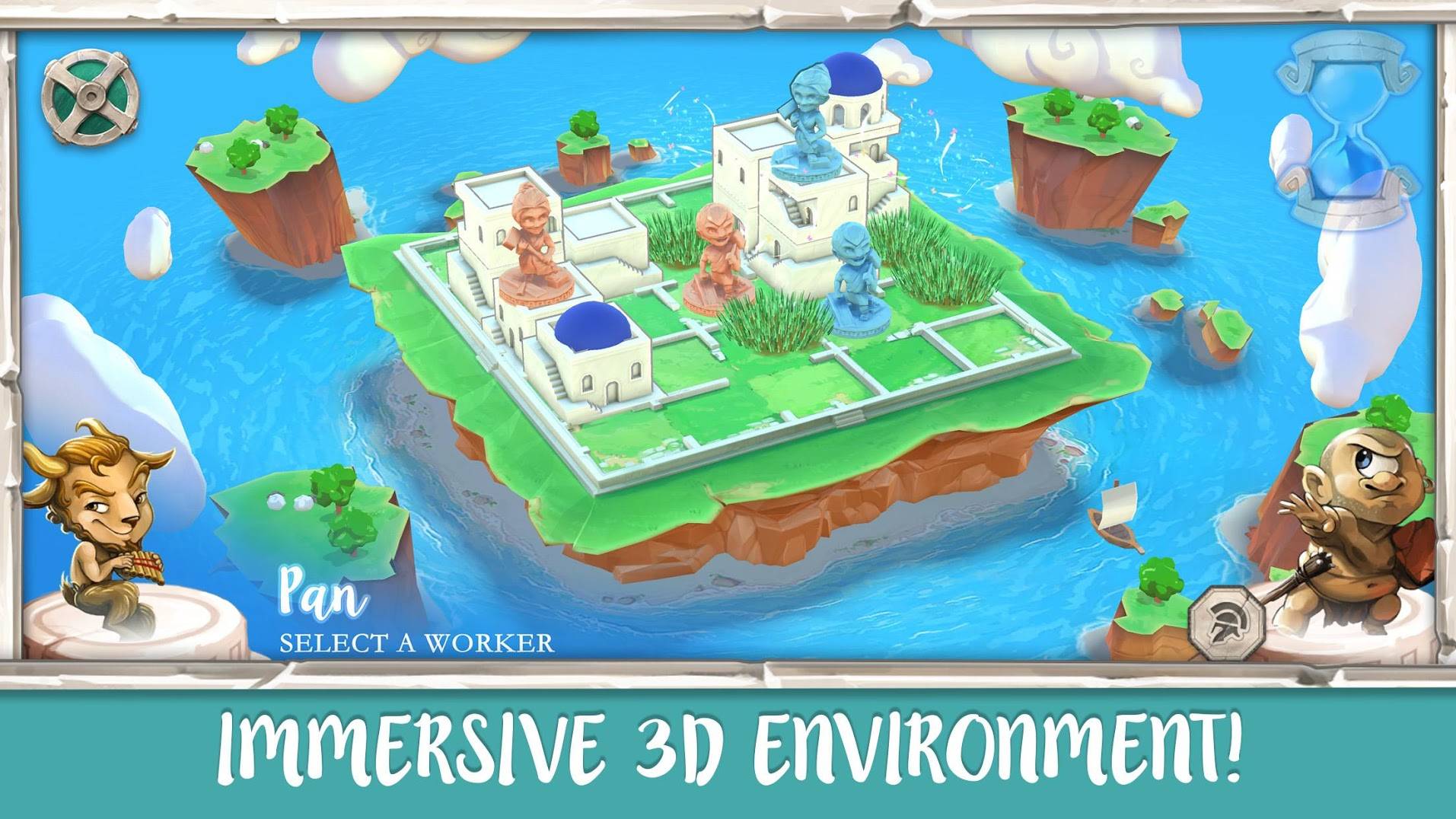