One of the features that is included in the Android operating system by default is the capture of screenshots from the screen of these smart devices, so that in different devices the way to record screenshots is different and can not be done with a fixed method in each Which of them took a screenshot? In addition, various programs have been published in this field that can be used to take screenshots and share them. Screenshot Crop & ShareThe title is another app for capturing screenshots of Android smartphones that has been published by Daniel Huber in the Play Store. Just take a screenshot and share the captured image with your friends on social networks by accessing a variety of tools. A large number of functions and filters are included in this versatile software that you can use to be able to quickly edit images and apply a variety of filters on them. Crop some photos or share them on Instagram with the appropriate size . You will also be able to erase some of the text after taking screenshots of your conversations with your friends so that others can not be notified of your private conversations.

Some features and capabilities of Screenshot Crop & Share Android app: 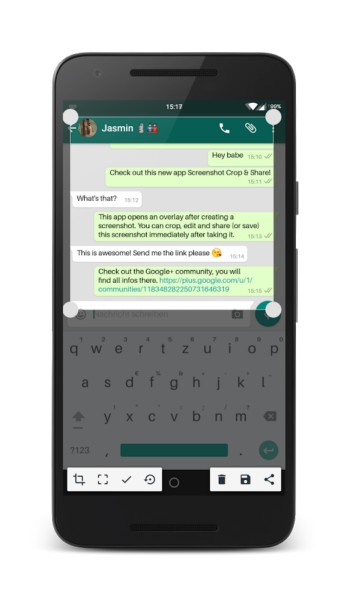 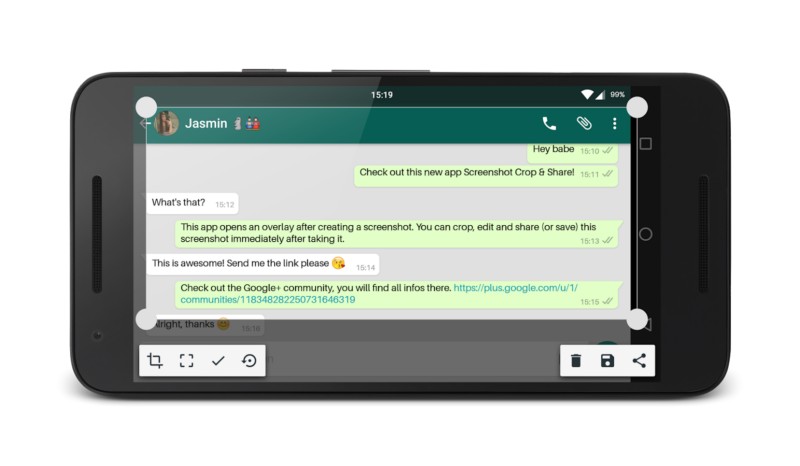 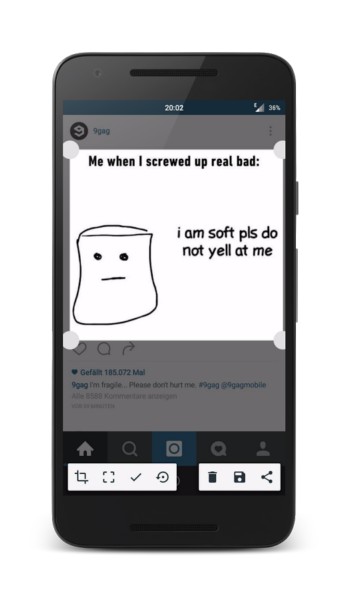