Secret Files 2: Puritas Cordis v1.2.5 – Adventure and criminal game Hidden Files 2 for Android
Purchased and full version of the game for $ 3.99 Dedicated to you
tested with offline execution

Secret Files 2: Puritas Cordis – Hidden Cases 2: Puritas Cordis The second main part (after Secret Files Tunguska ) and the third title (after Secret Files Sam Peters ) from the very popular Secret Files adventure game seriesIt is from the German studio Animation Arts Creative GmbH, which, as always, we will introduce it as soon as possible, and at your request, dear ones, we will prepare a paid version of this game and put it for download. In Secret Files 2: Puritas Cordis, we see the return of the main character (Nina) from the first version. After the adventures that took place in the first part, now more dangerous adventures await the main characters, namely Nina and Max. But this time, more complex events and a much greater danger are facing our protagonists. According to the game’s storyline, many natural events such as volcanic eruptions, terrible earthquakes and giant tsunamis are happening in a row. Earth is on the verge of extinction and humanity is on the verge of extinction. Max and Nina take action and discover that centuries ago in the Middle Ages, a prophet had foretold these events and predicted these deadly events. Now these two characters travel around the world to find more evidence about these events so that they can understand the cause and nature of it. As they travel to other parts of the world, they realize that these events are spreading and that the entire planet is in danger of extinction. So they have to act faster and find the hidden historical secret so that they can use it to stop the wrath of nature. After some research, they find a thread and have to travel to a sacred and ancient temple in Indonesia. Meanwhile, the heads of people from a secret and mysterious organization called Puritas Cordis are found. The strange activities of this group and their secret actions seem to be related to what is happening. Therefore, you in the role of the main characters of the game should go to this organization and get information. The game’s graphics and 3D designs are admirable. Secret Files 2 gameplay: Puritas Cordis is also in the style of Hidden Objects and Point and Click games. One of the most attractive and beautiful parts of this game is the animated films that show the story process of the game to the audience.

Secret Files 2: Puritas Cordis is a very attractive and suggested game that will delight fans of adventure and crime games. Unparalleled characterization, thrilling events and fascinating storyline, along with amazing designs and film-like sounds, make this game a professional work of art. Secret Files 2: Puritas Cordis with a score of 3.3 out of 5.0 has been purchased more than 1000 times on Google Play. Now you are able to download the final and paid version of this game for free and tested from Usroid and enjoy playing an amazing adventure game.

– Download the data file and decompress it. Copy the com.animationarts.secretfiles2 folder to the Android / Obb path of the device’s internal storage. 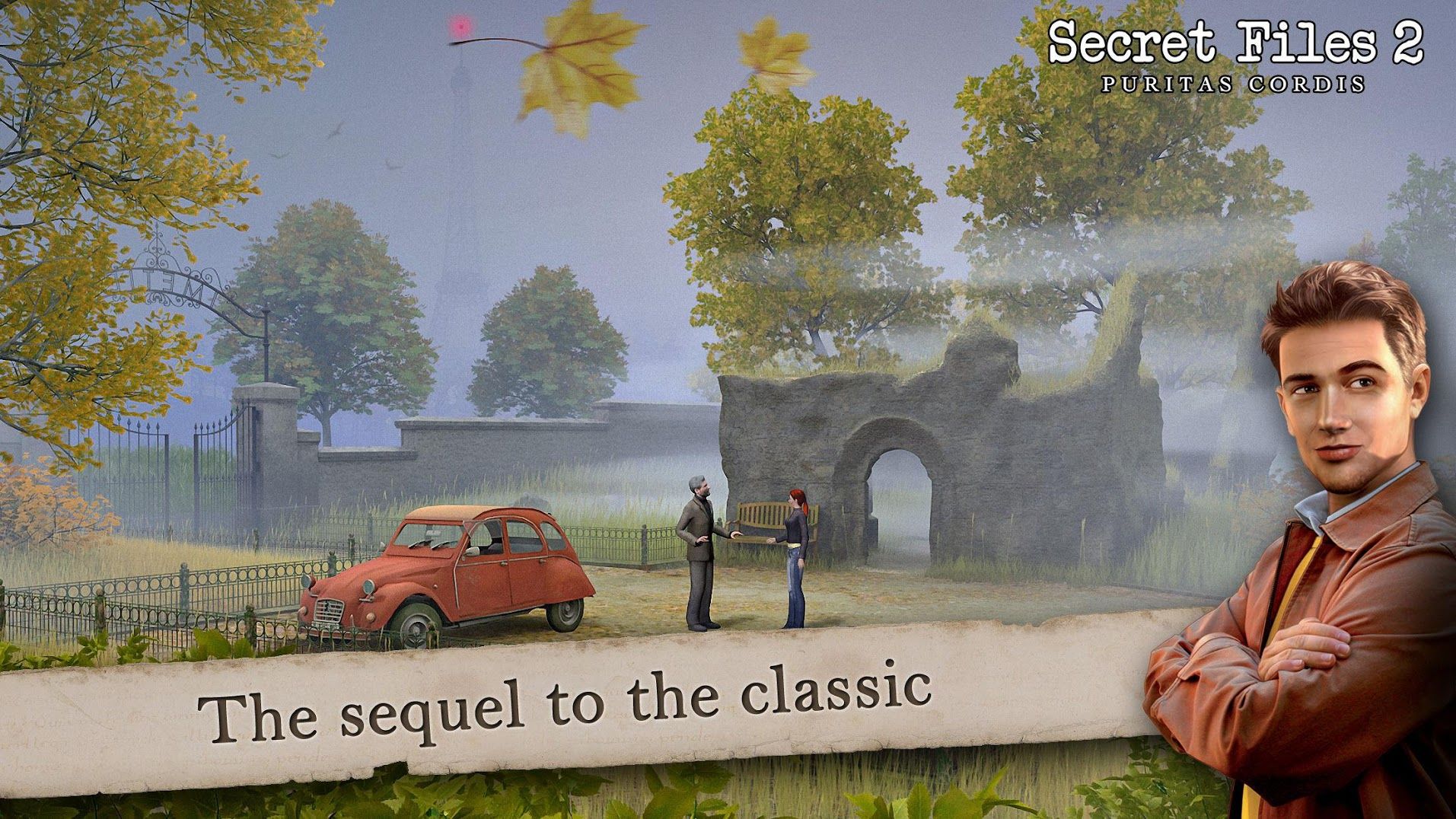 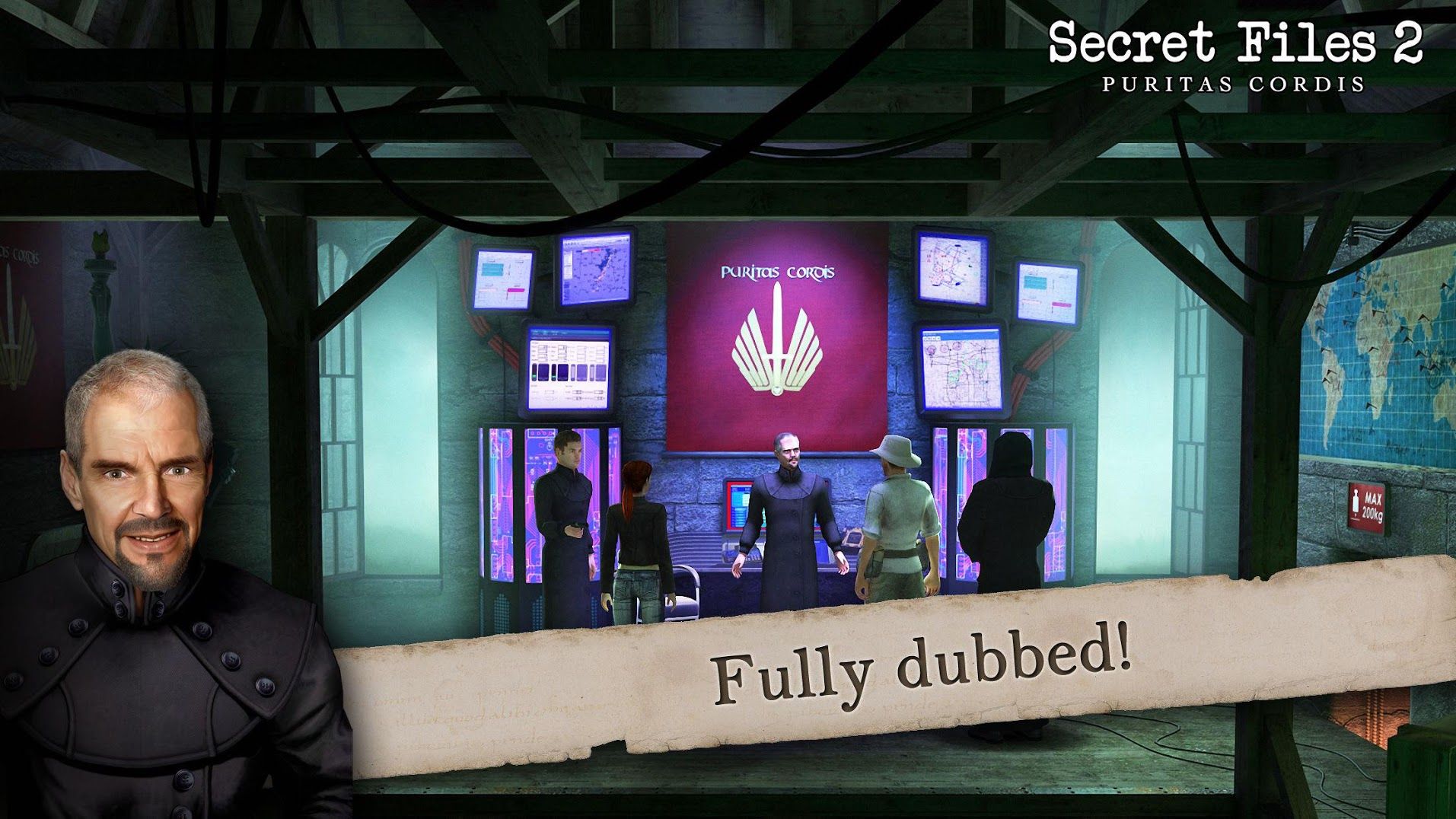