Sensor music player is one of the best Android music players with a very beautiful and classic appearance, which due to its accelerometer capabilities has been able to gain high popularity among users and be known as a powerful and popular music player. With this player, you will be able to play all your audio formats and to go to the next track, stop music or previous music without touching the screen of your smartphone and do it in different ways.

To stop and play the song, go to the next track and the previous 5 different ways in front of you that with these five methods you can control the music player without touching the screen of the phone. The first method is to move your hand from the top of the screen to go to the next song, or go back and forth to the previous track, or hold your hand above the screen for half a second to stop playing the song .

The second method is to put the phone in your pocket and you can stop it if you tap it. The third, fourth, and fifth methods are placing the phone on the table and tapping the table, using the program’s virtual keys, or defining an arbitrary method of control, respectively.

All the features of Sensor music player do not end with this sensor feature, but it has features such as creating and editing playlists, having a widget for home screen, fast and advanced song search, equalizer and boosting the bass. .

You can download the latest version of the interesting and free music player Sensor music player for your Android smartphone with a direct link from Usroid .

* Ability to customize the art album by long pressing it 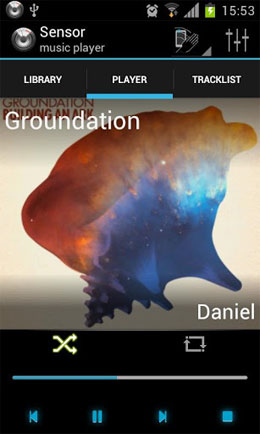 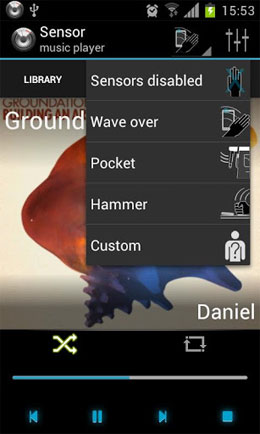 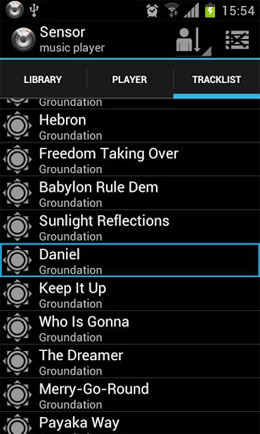