Download Servers Ultimate Pro 8.1.12 – a great app for running all kinds of servers for Android

Servers Ultimate Pro v8.1.12 – A comprehensive program for running a variety of servers on Android
Purchased and complete version for $ 8.49 on Google Play

If you are familiar with computers, you must have heard the name of the server over and over again. Servers are mostly large computers that have very high power and are maintained in certain conditions. The servers stay on forever and only shut down when repairs are to be made to them. Most of the work we do on the Internet is controlled and executed by servers. For example, when we use Gmail or post on Instagram, we are using these servers. Therefore, servers are a very important part of the Internet and the Internet is unusable without them. For this reason, servers play an essential role in web programming, and programmers must have the skills to work with them. Servers are mostly very expensive and not everyone can afford them. That’s why many people use emulation software to test and learn about servers, which simulate a variety of servers. These applications are usually heavy applications that can only be installed and run on a computer, but today we are at your service with an application that does this on Android phones.Servers Ultimate ProTitle is an application for running a variety of servers, specific to the Android operating system, developed by the Ice Cold Apps software group and published at $ 8.49 on Google Play. With this program, you can easily run a variety of servers such as web servers, data servers and database servers and test your commands on it. This program supports more than 60 servers and more than 70 protocols and you can easily download the pack related to them and add them to the program. This application can run CVS, DC Hub, DHCP, DLNA, DNS, DDNS, eDonkey, Email (POP3 / SMTP), FTP Proxy, FTP, FTPS, FTPES, Flash Policy, Git, Gopher, HTTP, Snoop, ICAP, IRC Bot, IRC, ISCSI, Icecast, LPD, Load Balancer, MQTT, Memcached, MongoDB, MySQL, NFS, NTP, NZB Client, Napster, PHP and Lighttpd, PXE, Port Forwarder, Proxy, RTMP, Remote Control, Rsync, SIP , SMB / CIFS, SMPP, SMS, Socks, SFTP, SSH, Server Monitor,

Some features and capabilities of Servers Ultimate Pro Android application :

Servers Ultimate Pro application is one of the best programs of its kind and with unique features has been able to attract a lot of attention and with the satisfaction of Android users to receive a score of 4.3 out of 5.0 from Google Play users. Now you can download the purchased version of this program with all the features and capabilities from Usroid for free. 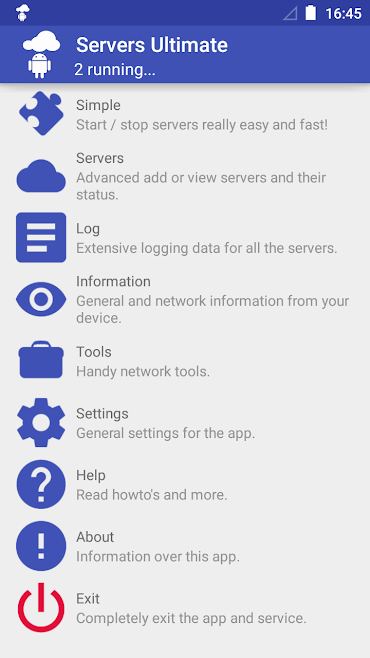 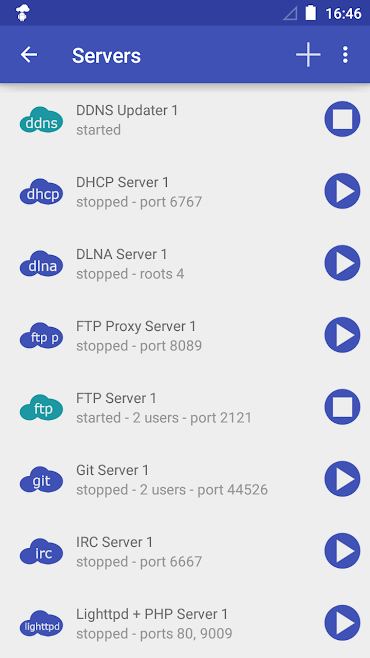 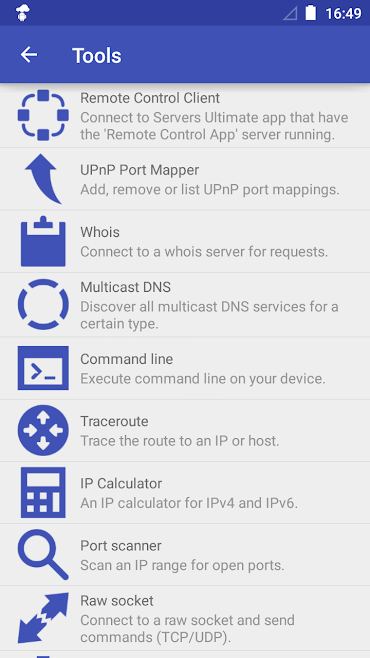 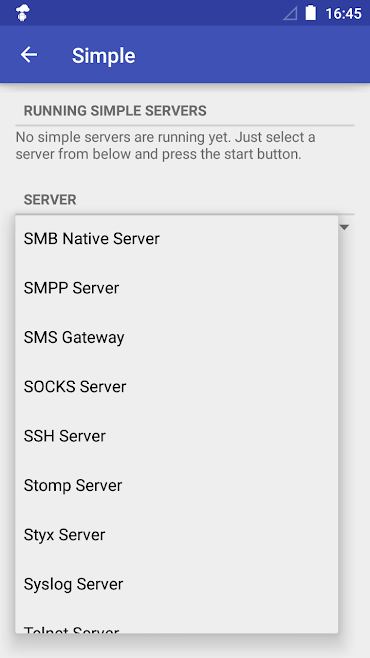 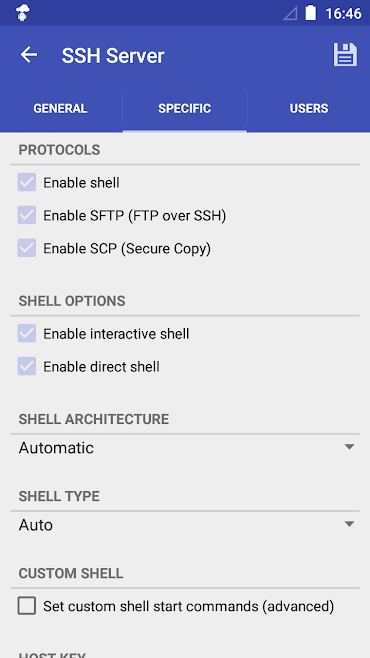 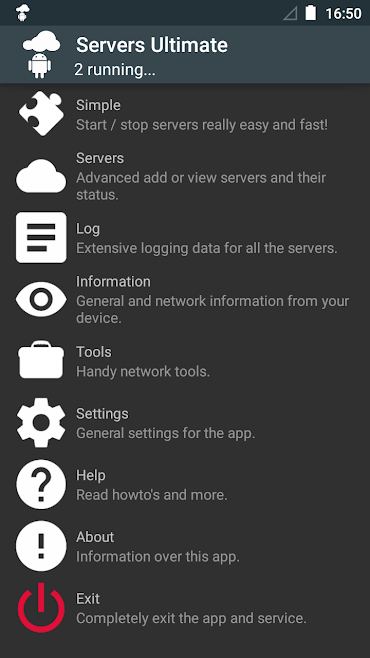 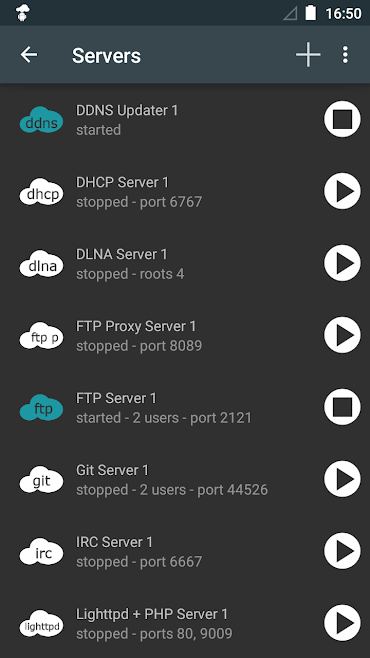 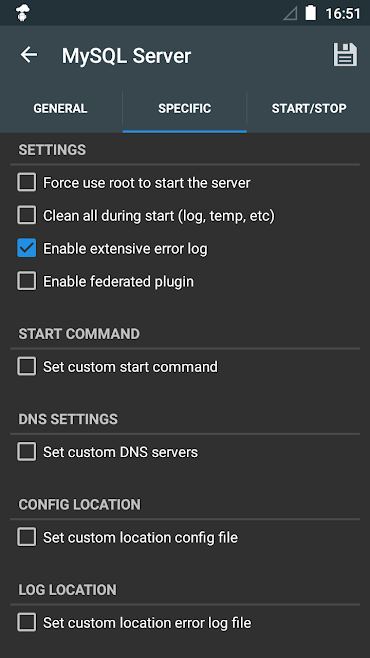 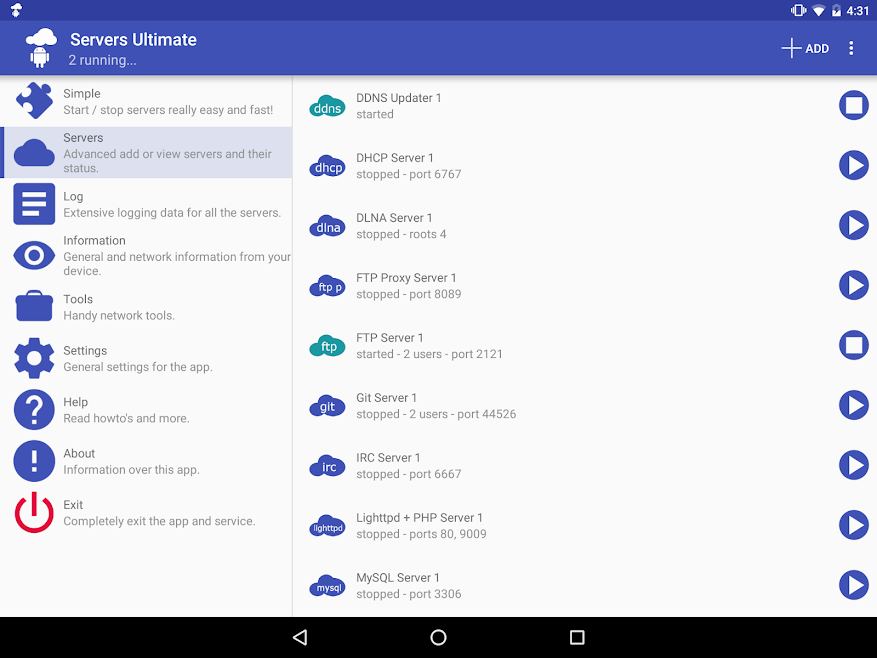 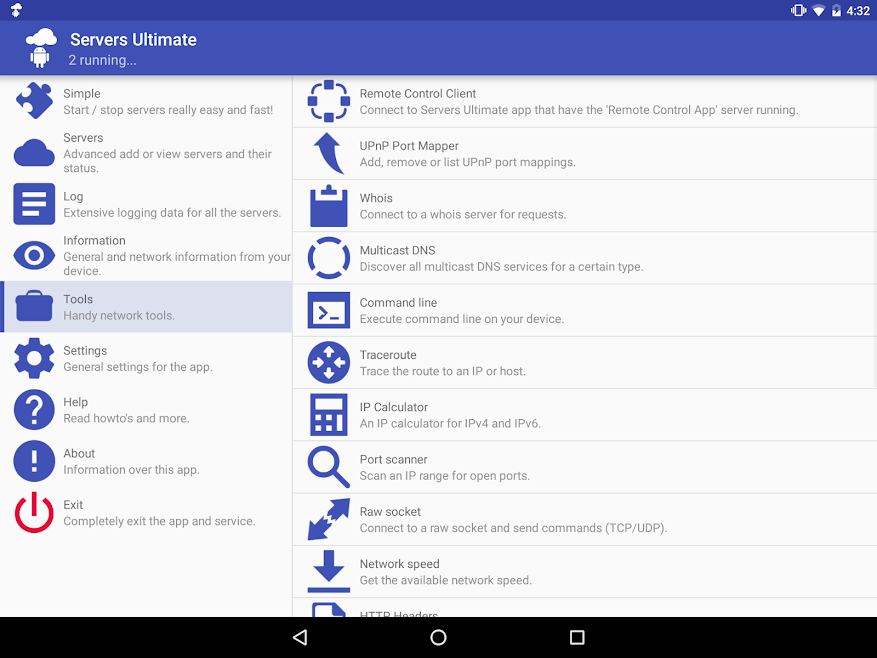 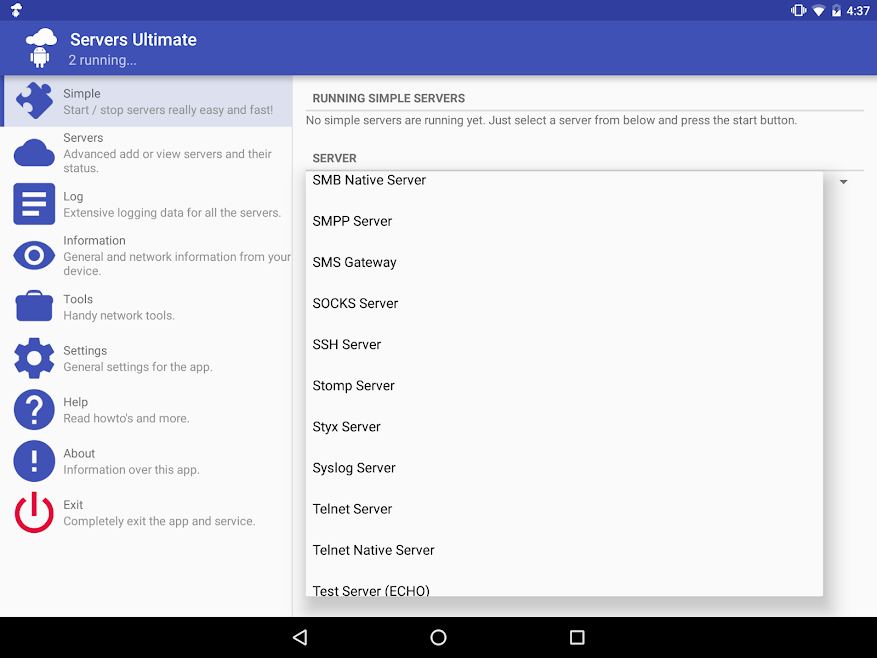 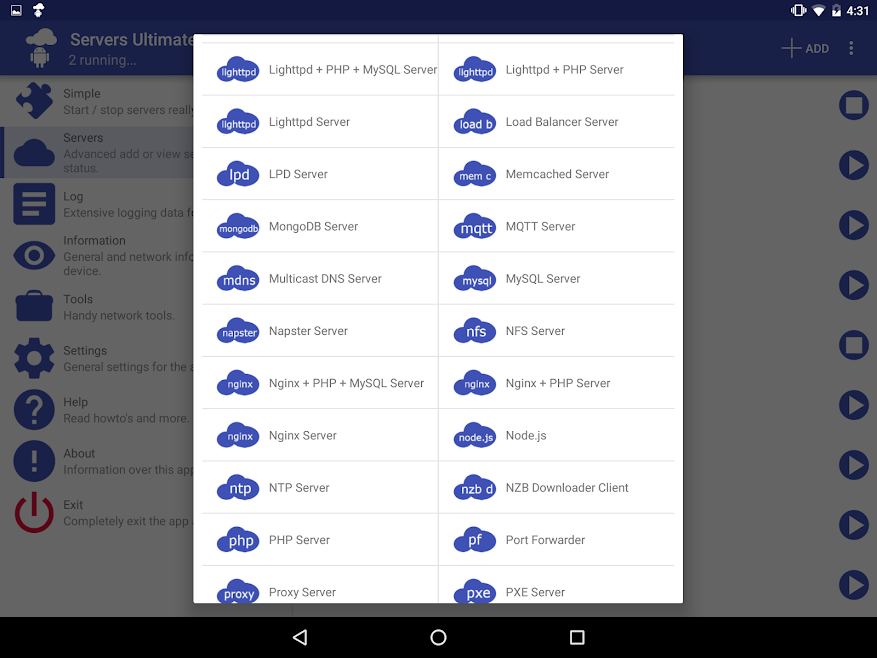 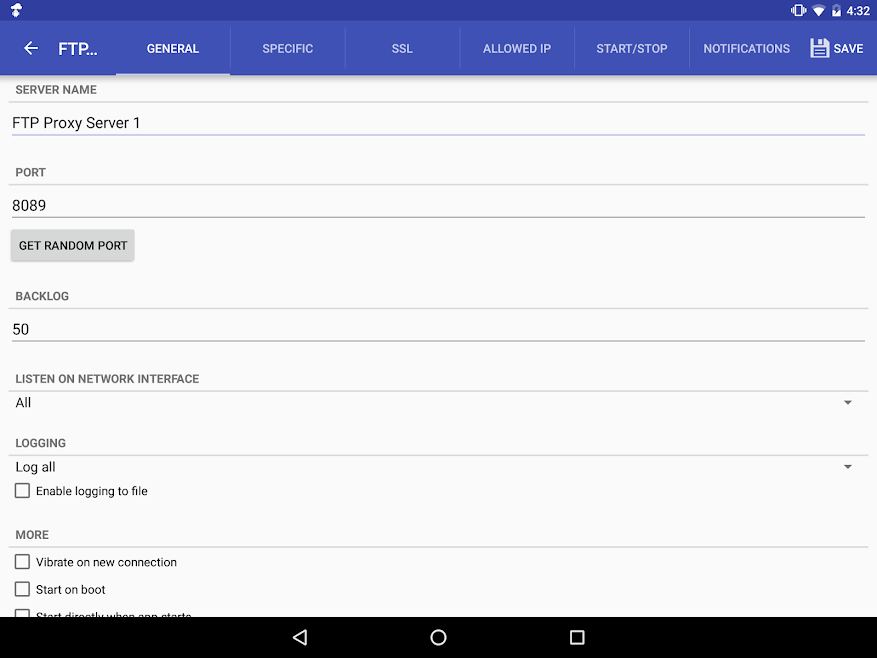 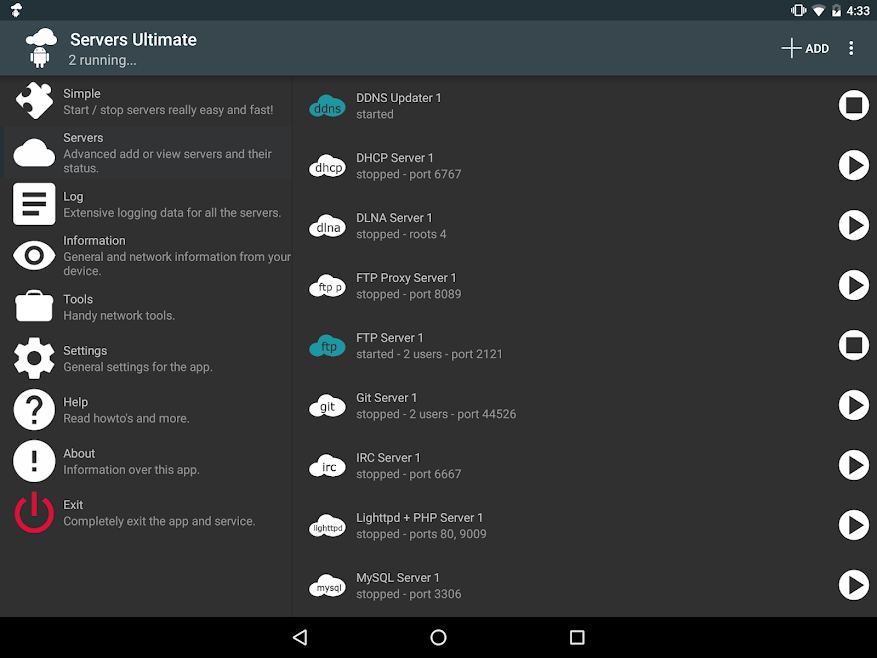 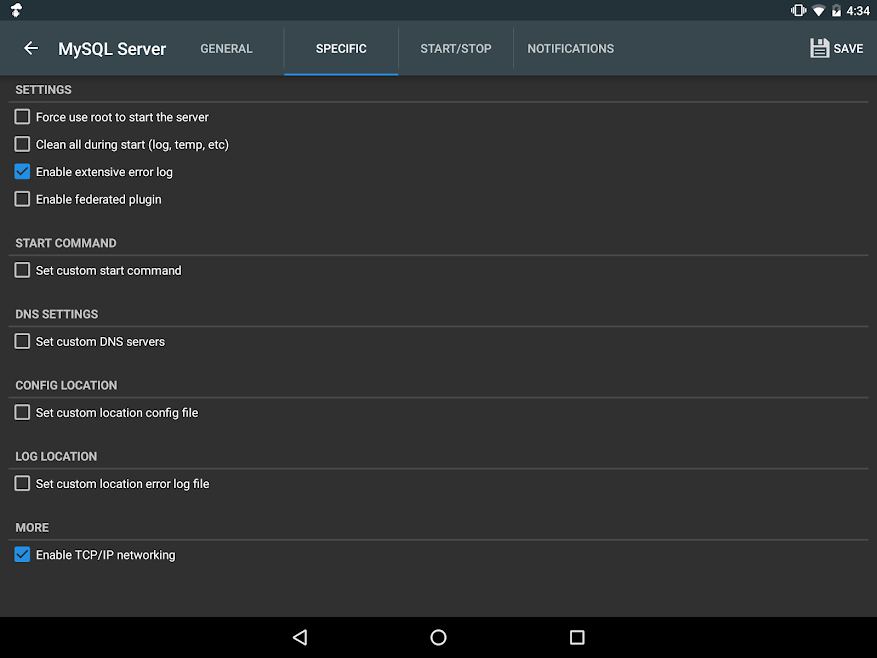 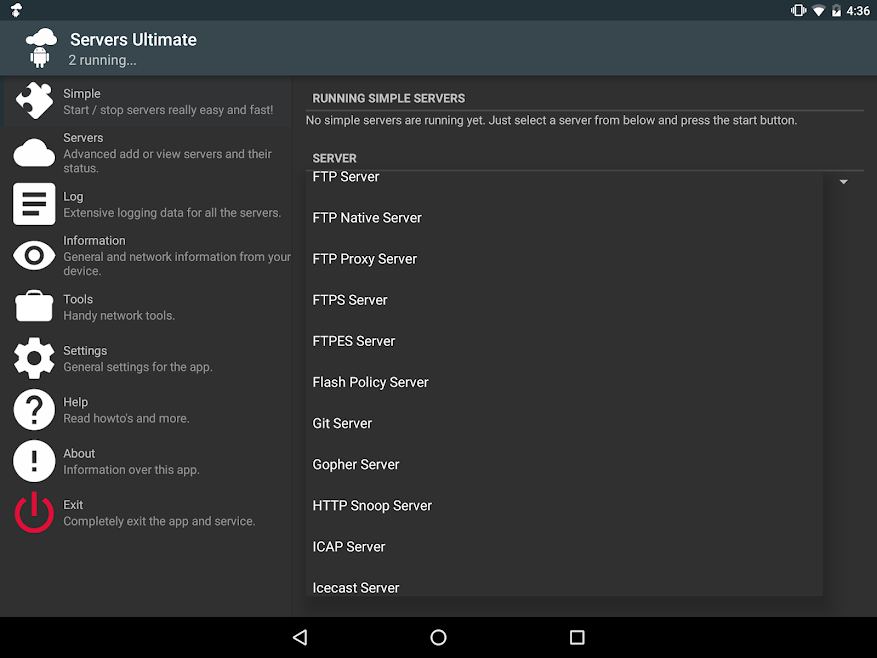 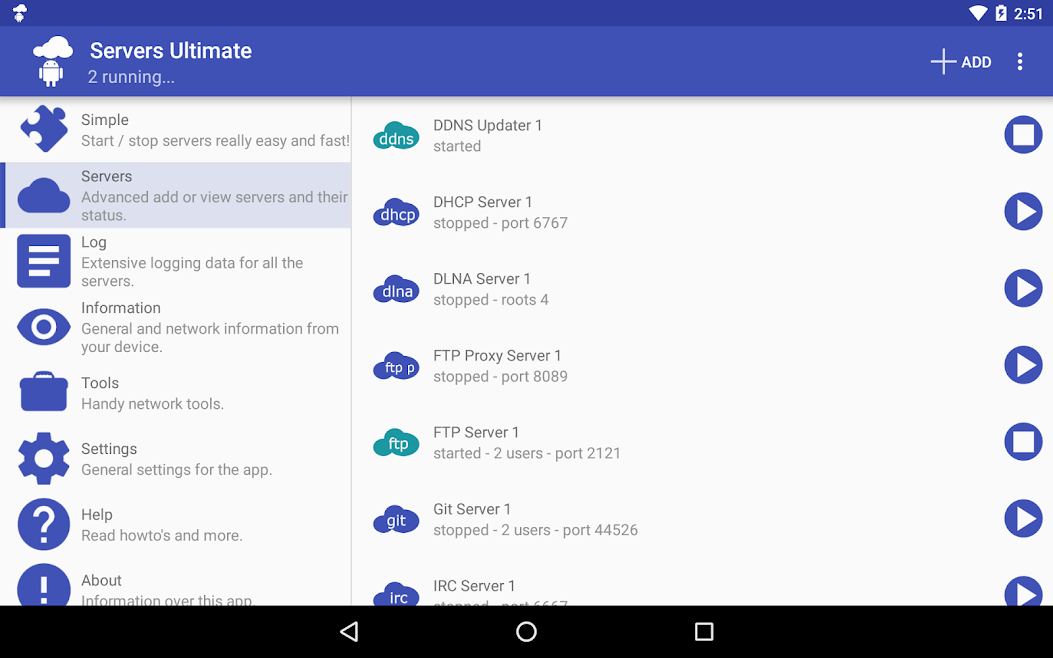 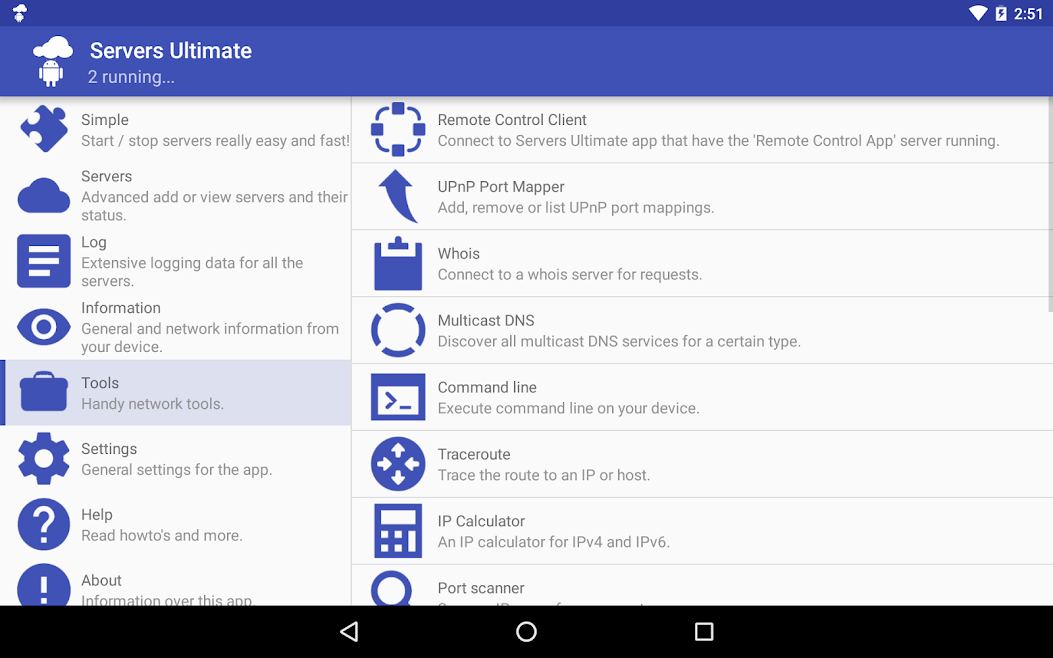 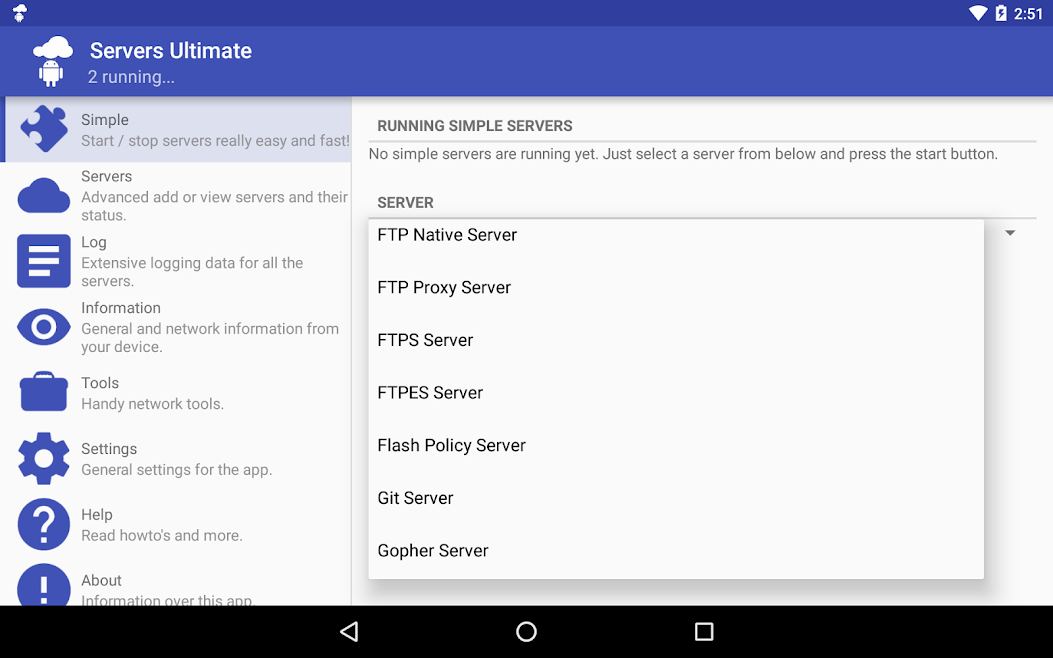 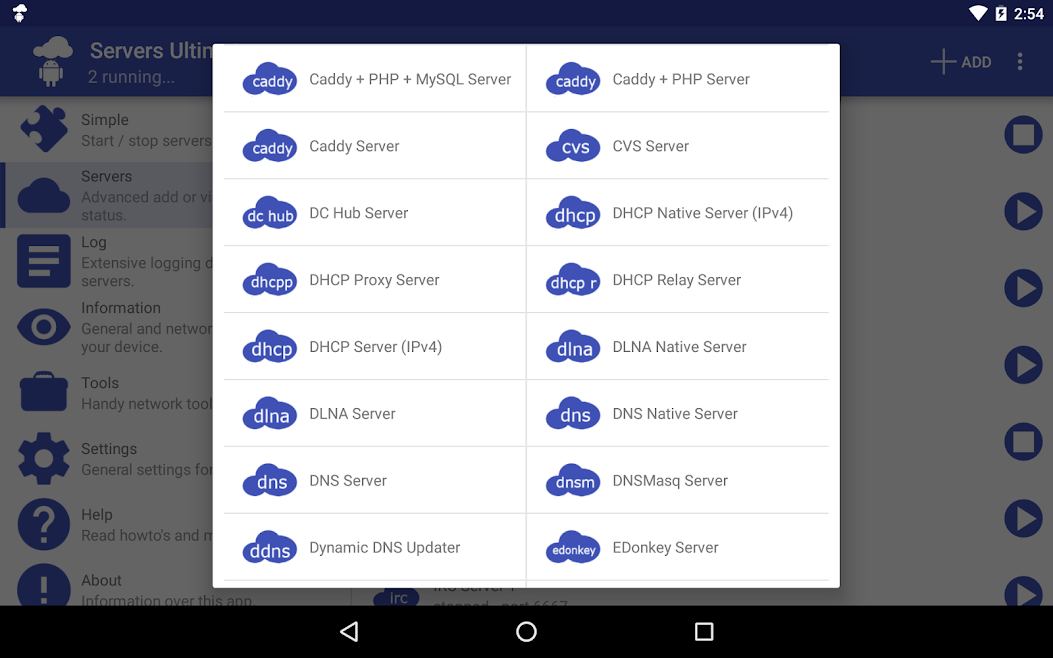 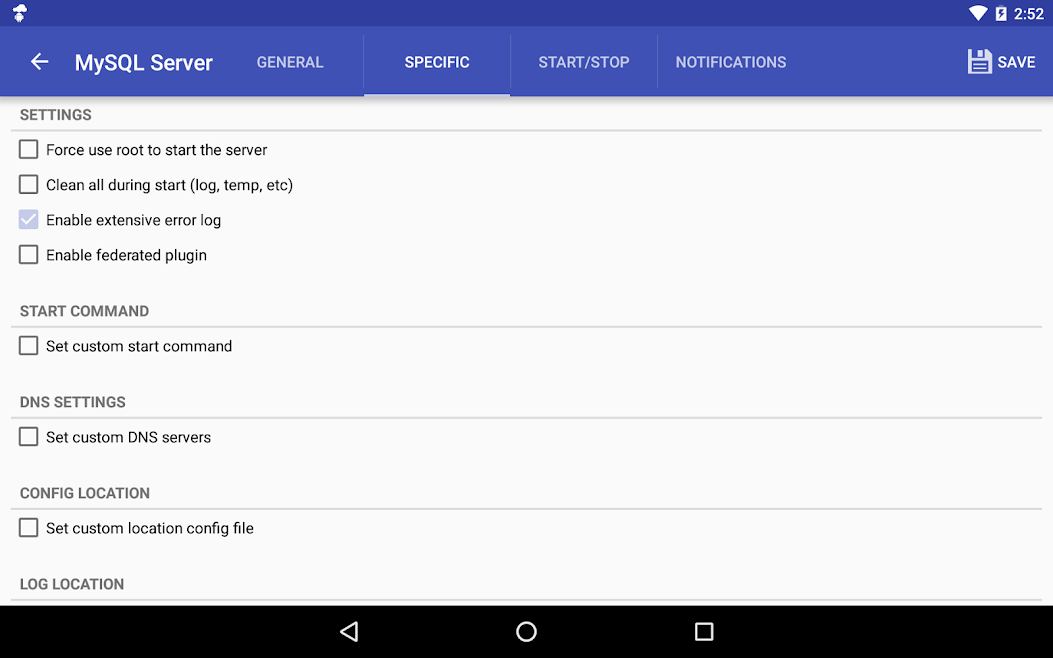 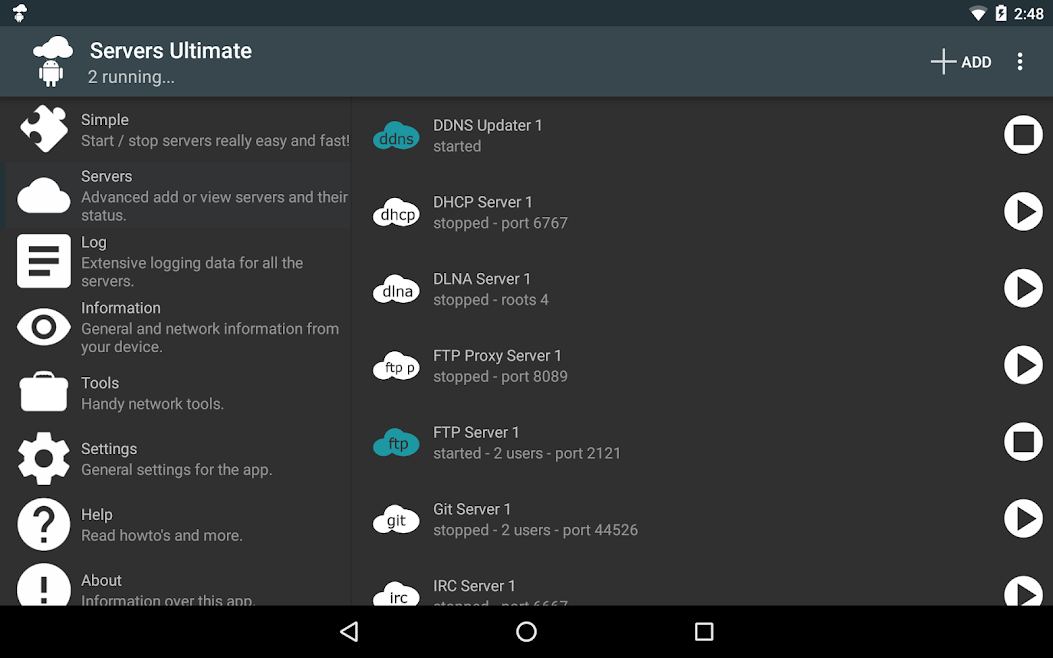 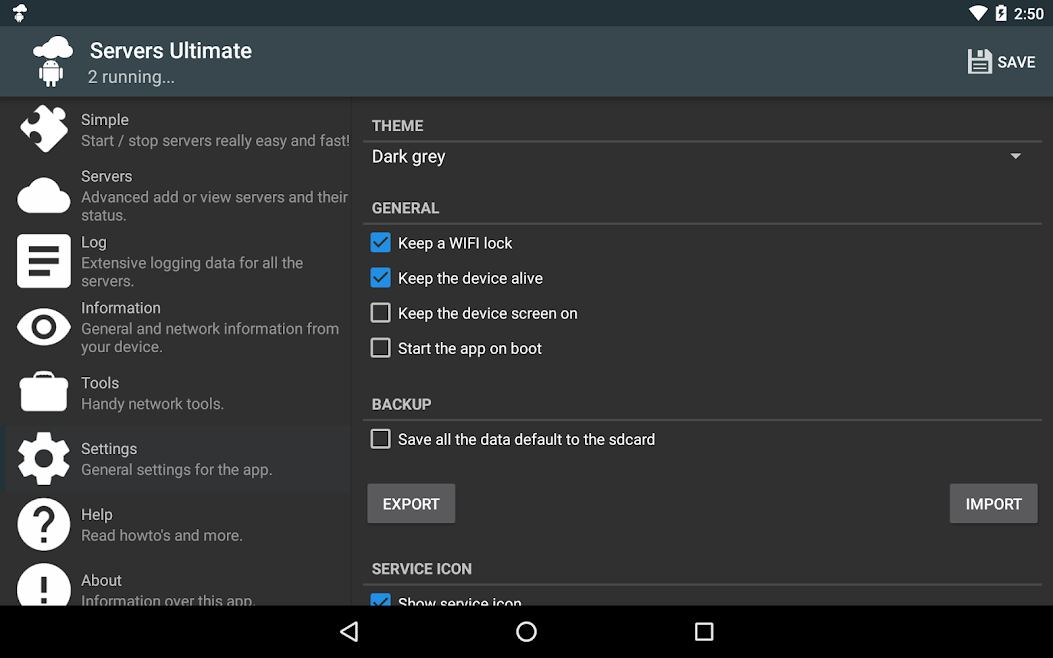 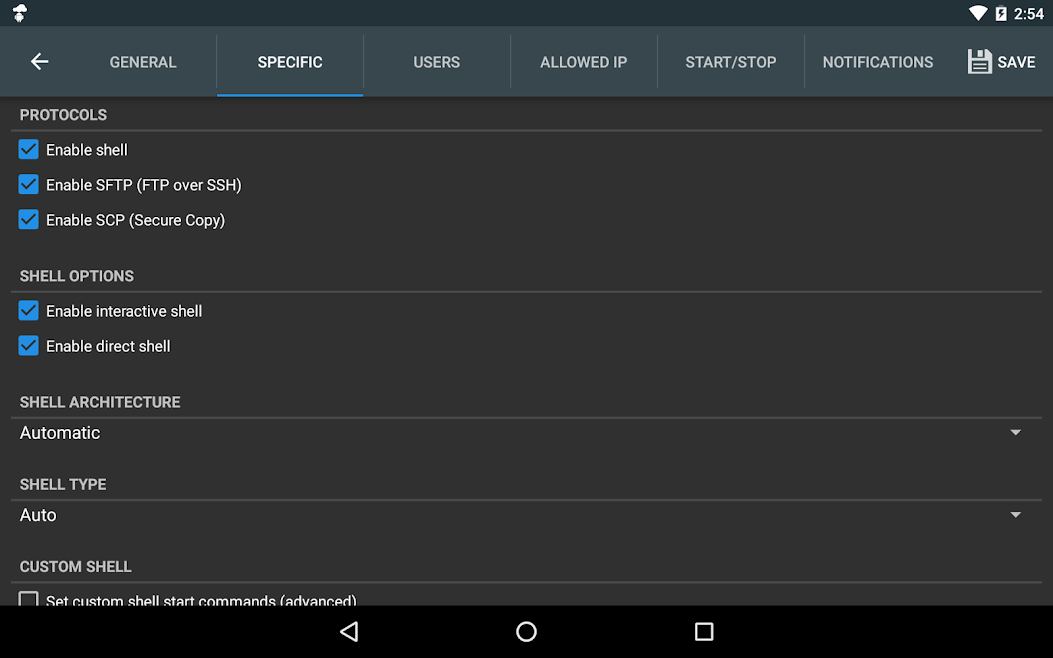