Shooting Zombie – Shooting zombies is the name of a very beautiful and well-crafted action-style game from the Japanese studio Tokyo. ン ビ ハ.. که, which has been released for free on Google Play and is available to Android users around the world. This attractive and lovable game for the first time among all English sites It has been reviewed, introduced and published by Usroid so that you can experience it in a tested and free way. We have also prepared and released a modded version of this game so that loved ones who want to experience the game in a modded and unlimited way can also experience this beautiful game as they want. Although Shooting Zombie does not have a new style and several games have been released in the same style so far, but the important and significant point is that all these games were of good quality and necessary? It is unlikely that this question will be answered in the affirmative, but what is clear is that Shooting Zombie is one of the most well-built and high-quality in this genre. The gameplay and mechanics of the game are so attractive and fun that they attract you from the very beginning. Of course, the overall process of the game may be a bit repetitive and clichéd, which in the higher stages, with the increase of challenges and difficulties in the game, this issue will also fade. In terms of design, this game should be given a very good score because it has attractive features. In the following, stay tuned to Usroid to pay attention to the features and characteristics of this beautiful game.

In Shooting Zombie The story is about a busy city that is infected with a deadly virus due to a biological error. A virus that quickly turns humans into bloodthirsty and dangerous creatures, zombies. Now the city has become a zombie city, and almost all of its population has become these creatures. You are in the role of a man who has to go to parts of the city and save his life in order to find a shelter. Fortunately, the protagonist can use weapons and destroy zombies with their help. As you progress through the game, you can earn money to buy better weapons. In Shooting Zombie there are several firearms in different classes of Colt, machine gun, Sniper and shotgun, each with a specific price. Each weapon can also be upgraded in 4 different parts in several stages. The style of play is simple, fun, but sometimes difficult and challenging. You are on one side of the image and zombies are attacking you from the front. You need to get rid of them by shooting them before they get too close to you. There’s a linear targeting target that you can use to target zombies. If you shoot them in the head and stab them so-called, you will not only get more points, but you will get rid of them sooner. Fantasy and two-and-a-half-dimensional but very attractive and excellent game graphics are designed. The destructibility and explosion of zombie heads and other spectacular effects designed in Shooting Zombie can greatly increase the level of excitement of the game. This game is not recommended for people under 14 because of these features. If you are looking for a fun, action and very exciting title in the style of killing zombies, don’t miss Shooting Zombie and now it’s the first time in US from Download Usroid . 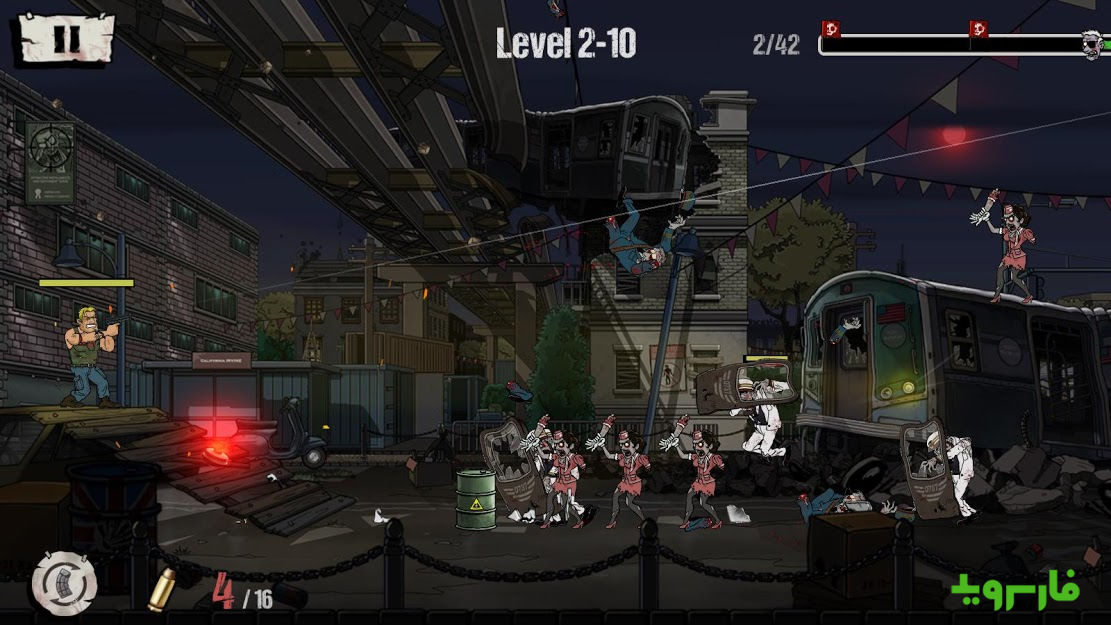 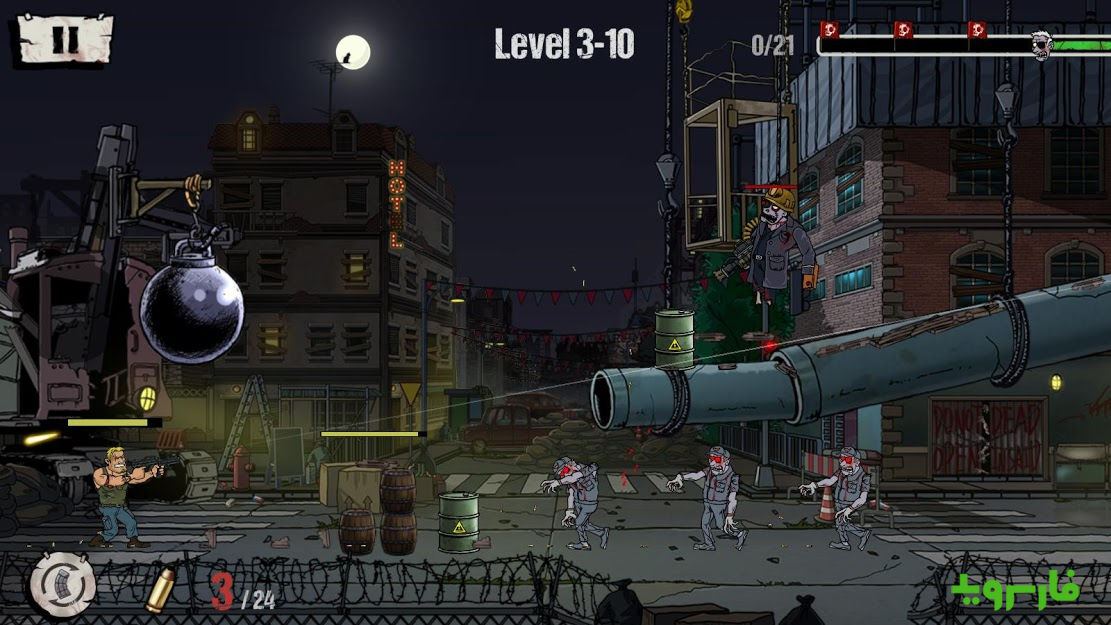 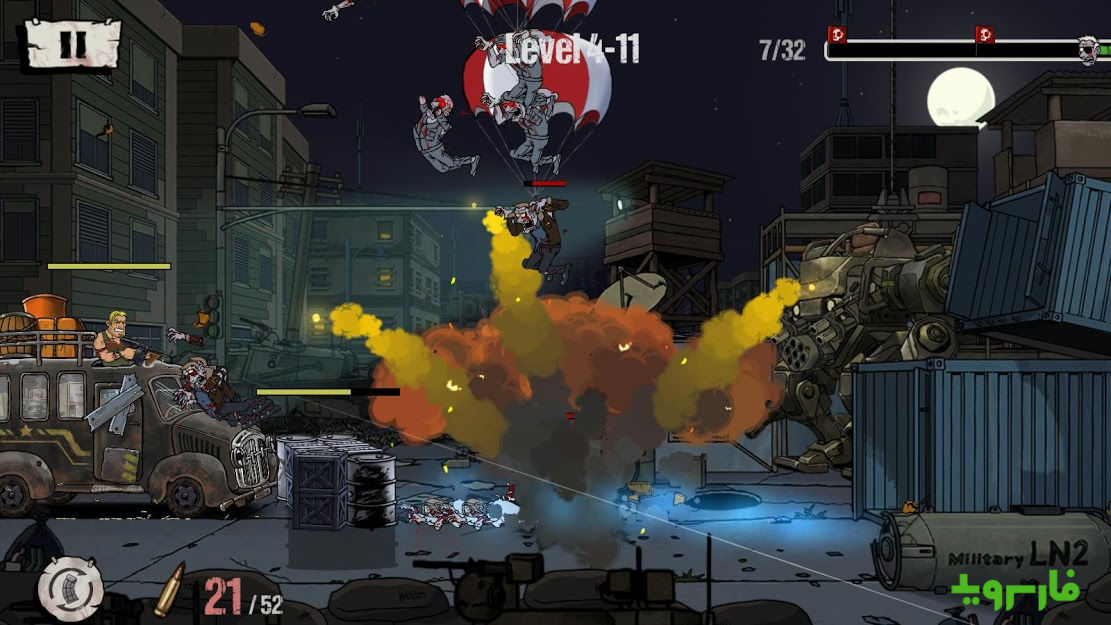 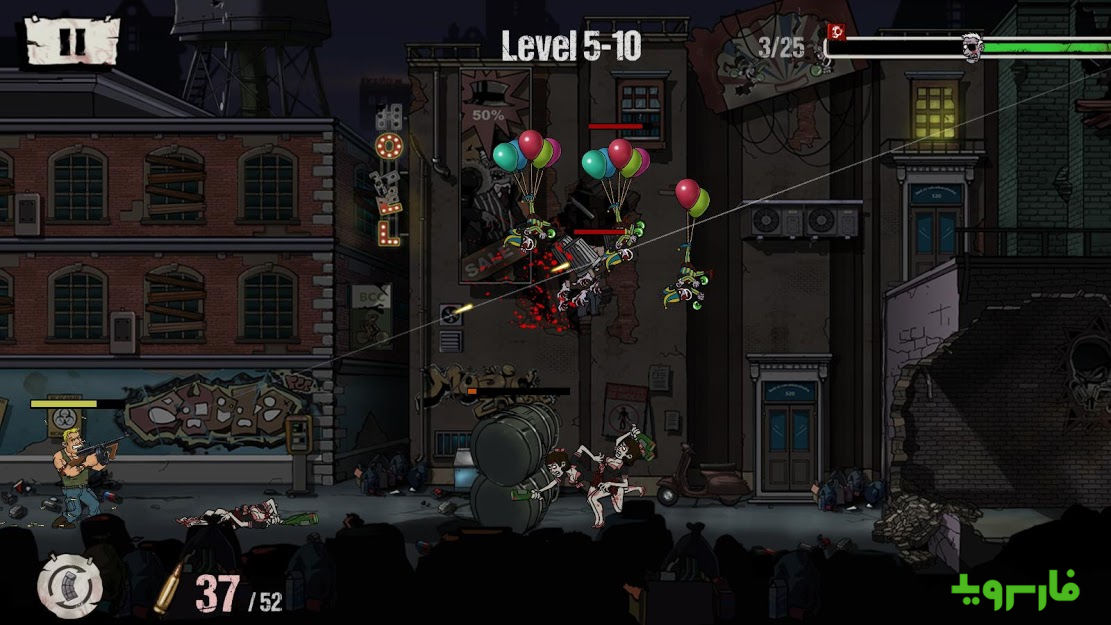 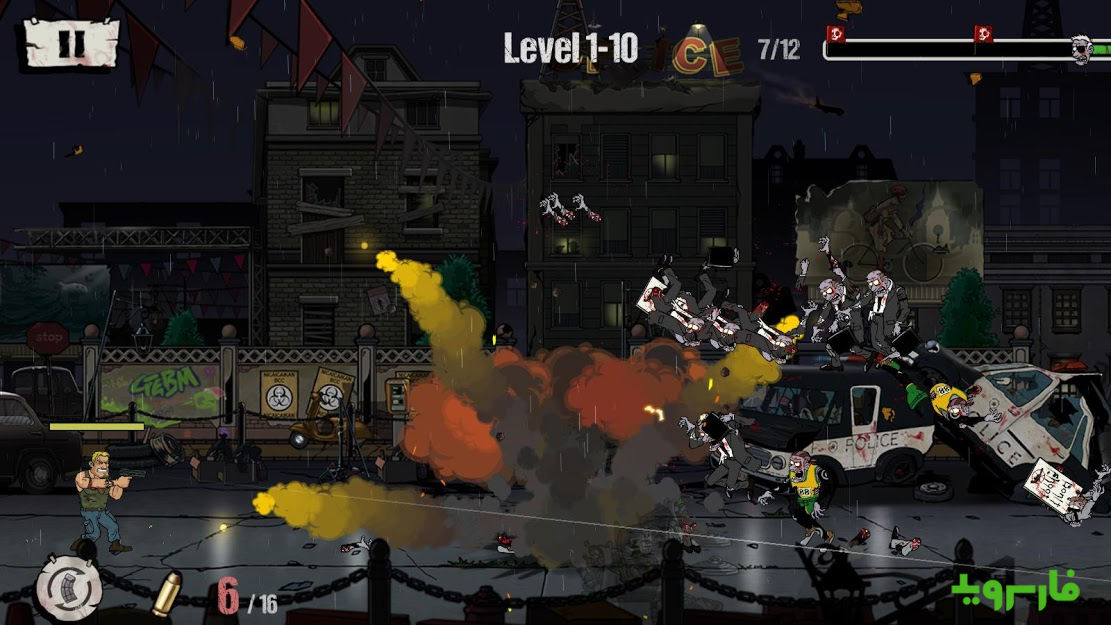