SIEGE: World War II is the name of the first official project of the American game studio Simutronics Corp, which is produced and released in the war genre and in the style of strategy games. SIEGE: World War II is a real-time online game in which you instantly compete with other online players on a map and must take part in major battles. The main nature of this game is online PvP two-player competition. You can build your own army and manage them in different sections. The story of the game is related to the wars and heavy battles of World War II, and therefore, the soldiers, tanks, planes and all the tools and equipment of war that you have are specific to World War II. By participating in various competitions and overcoming rivals, you can earn points and improve your ranking in the game leaderboards. The style of the game is strategic and its view from above. To succeed in this game, you must use strategic power and do not hit God in any way. All your offensive or defensive moves must be done according to plan, otherwise your enemies will defeat you very quickly. Fortunately, SIEGE: World War II also has an offline section where you can compete with a hypothetical enemy (robots) in various stages and improve your skills in this game. In this section, you can use the category of cards that you get and with the help of them, organize your army. In fact, it should be said that SIEGE: World War II game has two different parts and two different games! The first part is the main and online part, which includes two-person and momentary competitions, and the second part is the offline part, which is related to your competitions with game robots through the card game style. 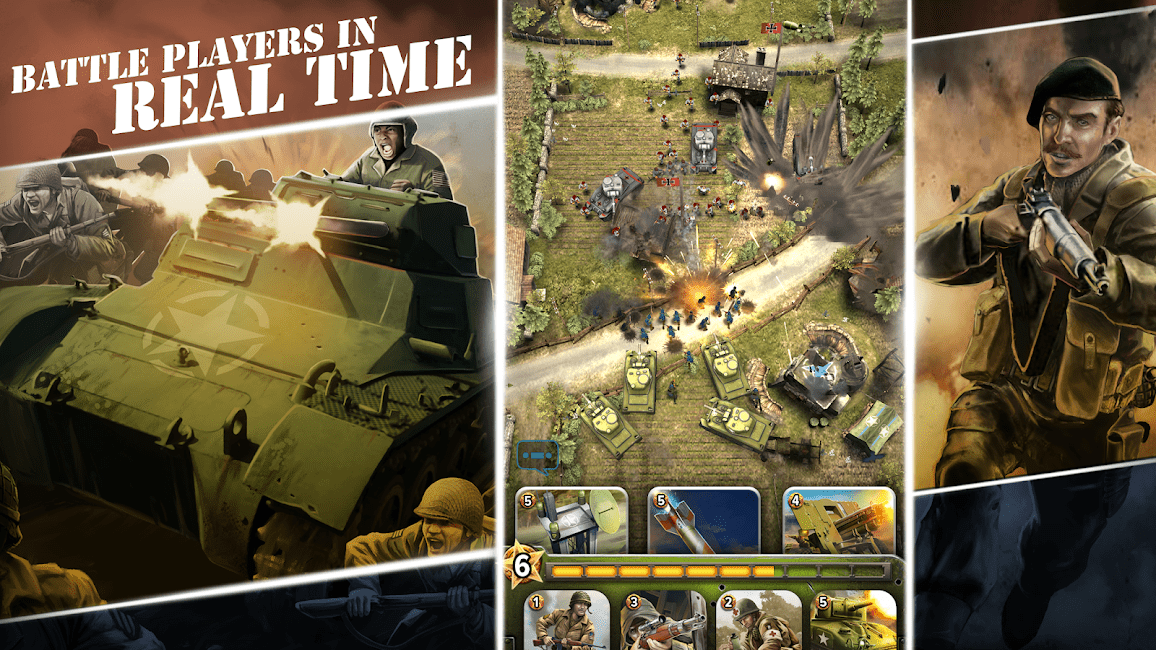 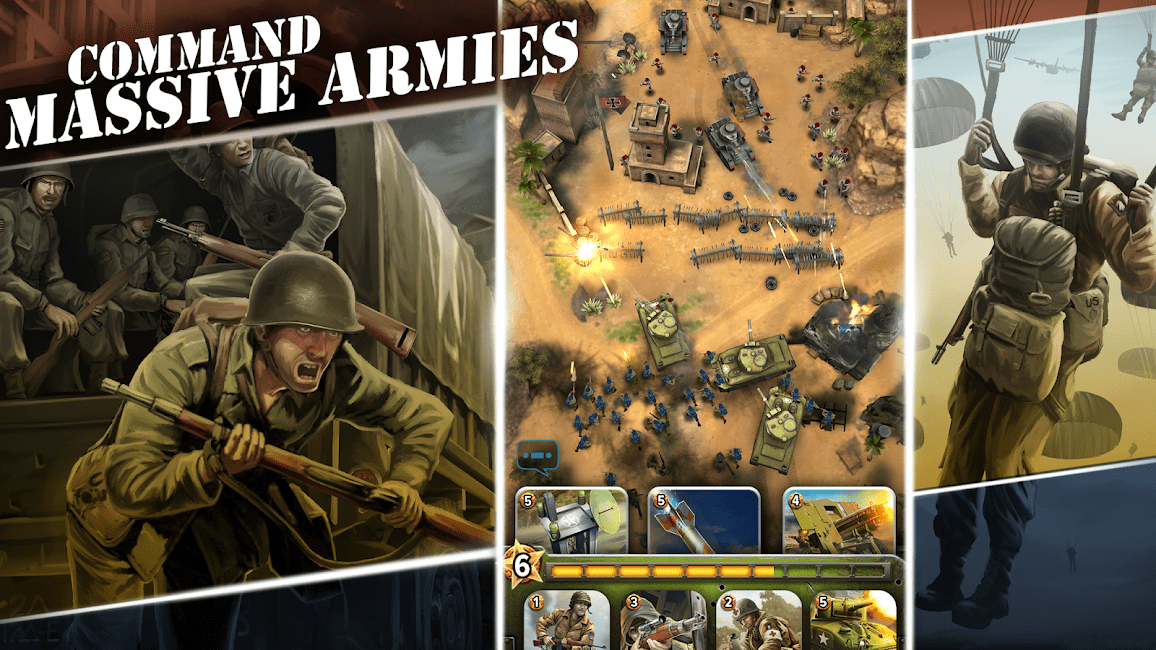 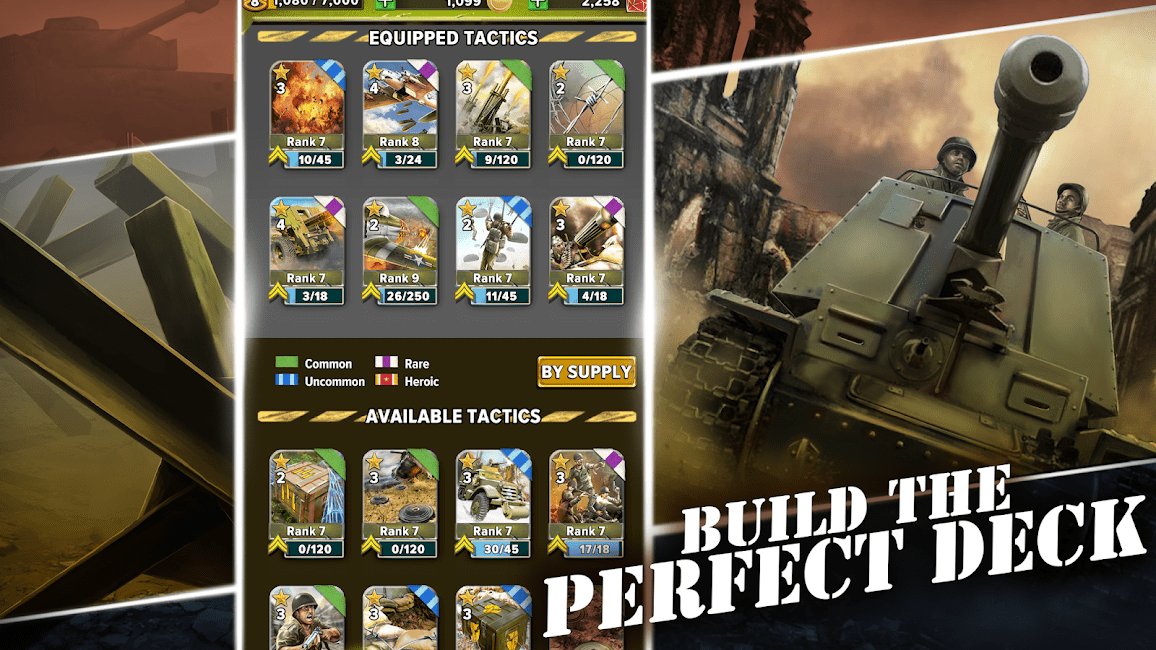 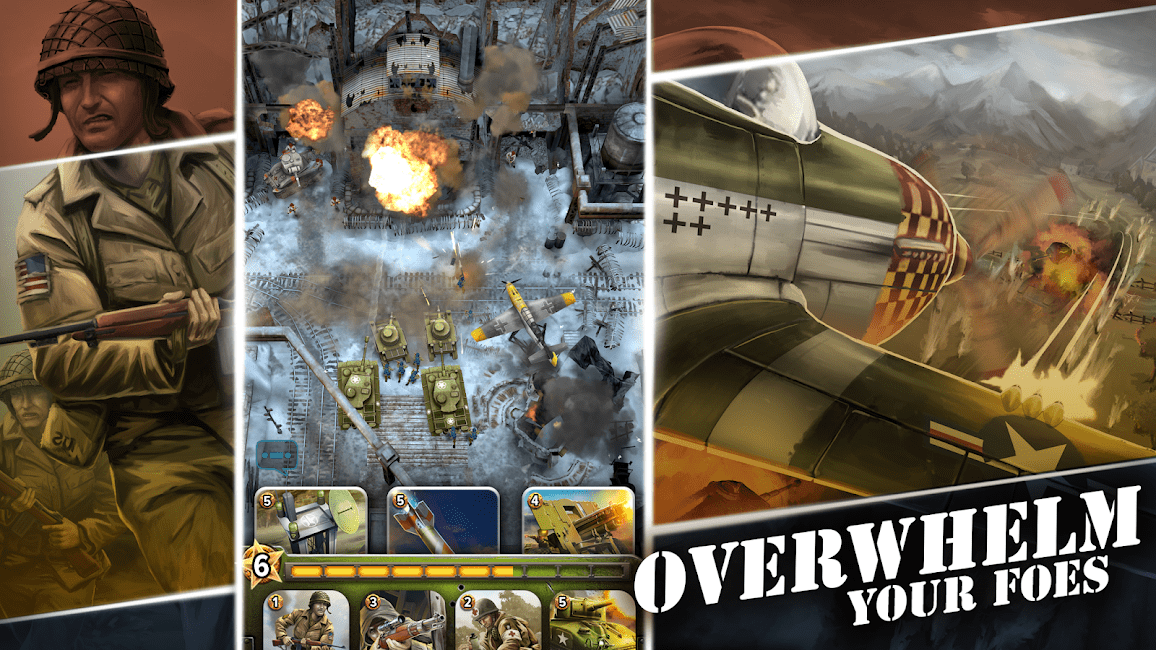 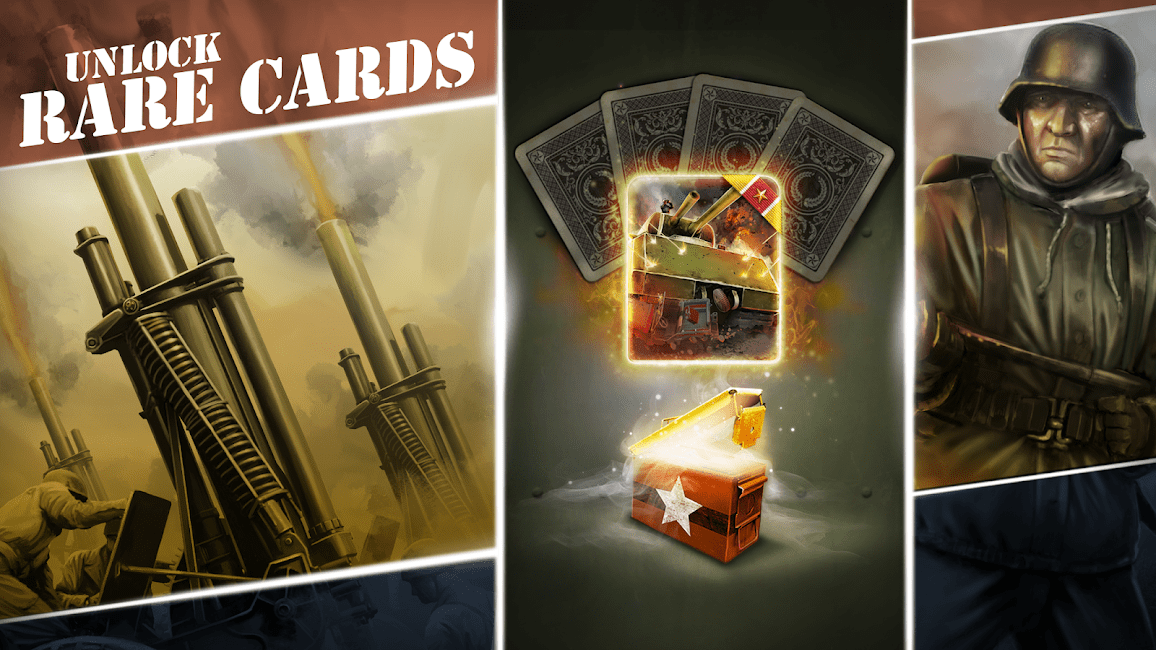 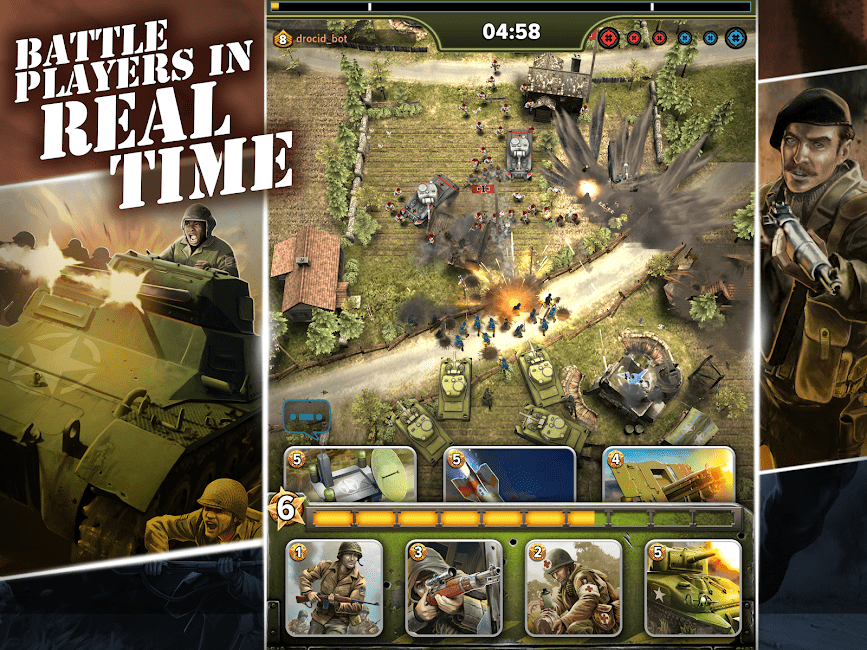