Silly Royale is the name of a game in the action genre published by SuperGaming game development studio for mobile devices with Android operating system. SuperGaming game development studio has already released other good games for gamers, among which we can mention games such as Gun Game – Arms Race and Super Bull Fight. Silly Royale is one of the good games of this game studio, which has been able to bring another unique and entertaining experience for gamers with its very exciting and addictive gameplay. This game has been released for both Android and iOS markets and has been downloaded more than 10,000,000 times by gamers in the Android market alone and is one of the most popular and popular games in this market. Silly Royale, also known as Silly World and Devil Amongst Us, was released to gamers in March 2021. This game is actually an online multiplayer game inspired by the famous and popular game Among Us, which focuses on the elements of social deduction. To play, gamers can log in to various game servers online, or invite their friends to form a team and play. The main characters of the game are known in the modes of ‘Hide & Seek’ and ‘Murder Mystery’ as ‘Silly’ and ‘Devil’, and in the mode of ‘Jail Break’ as ‘Cop’ and ‘Robber’. Of course, the game also has another mode called ‘Squid Royale Games’ (inspired by the famous Netflix network Squid Game series) in which all the characters are called ‘Silly’. Silly Royale gameplay mechanisms are also very simple and there are small differences in each mode, which we will explain in the following.

In Silly Royale ‘Hide & Seek’ mode, gamers are divided into ‘Silly’ and ‘Devil’. If you are ‘Silly’, your main goal is to find a place to hide and make sure that the ‘Devils’ do not find or kill you while doing the various tasks assigned to you. The ‘Sillys’ have a number of hidden places in the game that the Devils can hide in for a while and take refuge. If you’re a ‘Devil’, your goal is to find the ‘Sillys’ one by one on the map and kill them. In ‘Murder Mystery’ mode, all gamers enter the ‘Haunted Mansion’ as ‘Silly’, but some of them are turned into ‘Devils’ by evil spirits, who are in fact the ‘Impostors’. The only way to rid the mansion of these evil spirits is to do all the small work entrusted to you. If all the ‘Sillys’ can do their job, the mystery of the murder will be solved and the mansion will be freed from evil spirits. The task of the ‘Devils’ is the same as the previous mode of killing the ‘Silly’. It should be noted that this mode is most inspired by Amongst Us. Because in addition to the presence of ‘Impostors’, after the death of each ‘Silly’, gamers can use the ‘Emergency Button’ and get together and consult and find ‘Devil’ by voting and kill him. In ‘Jail Break’ mode, the ‘Sillys’ actually become ‘Cop’ and the ‘Devils’ become ‘Robber’. The ‘Robbers’ are escaping from prison and the ‘Cop’ must catch them and stop them from escaping. In this mode, the ‘Robbers’ have to solve a series of mini-games in order to escape on their own. If all the ‘Robbers’ escape, the ‘Robbers’ will win. If the ‘Cop’ catches the ‘Robber’, the ‘Cop’ wins. In ‘Squid Royale Games’ mode, gamers can also participate in a variety of mini-games inspired by the Squid Game series and try to win. In general, although the world of Silly Royale is clearly inspired by Among Us, we can not ignore the efforts of developers to create a completely new gaming experience with different modes and many other interesting new features, and certainly this game We offer you. Silly Royale has a score of 4.6 out of 5.0 in the Android Market, and the Usroid team intends to provide the original and modded versions without any restrictions in a tested and completely free way for you dear ones. You can now download this game through the direct links at the bottom of the article and enjoy it! 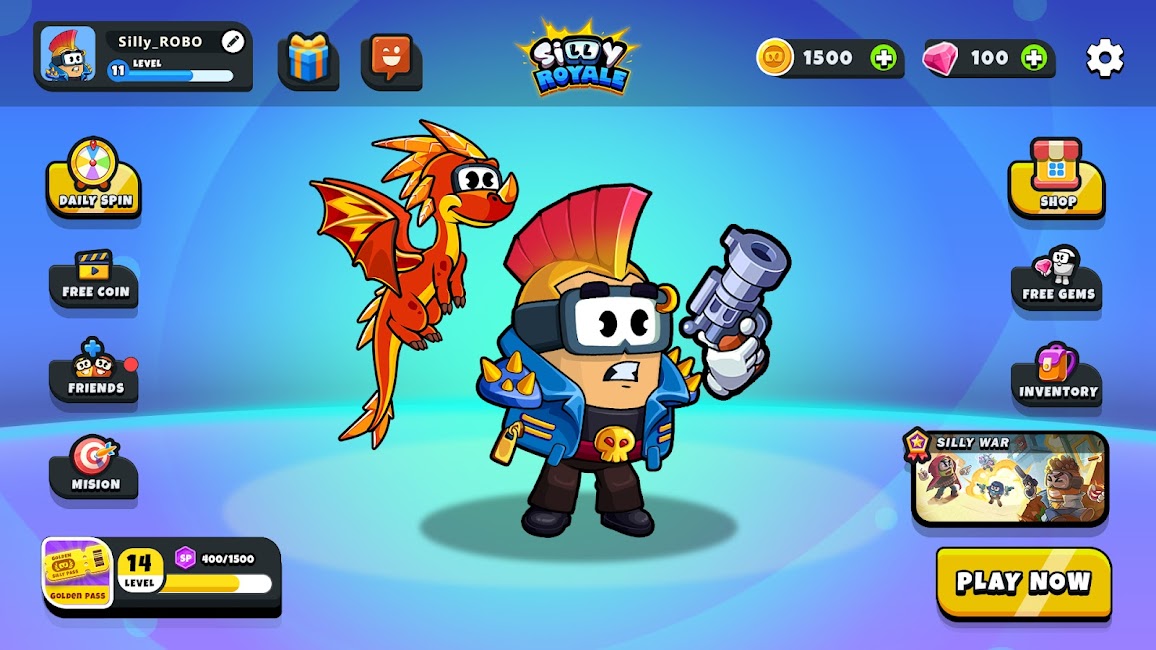 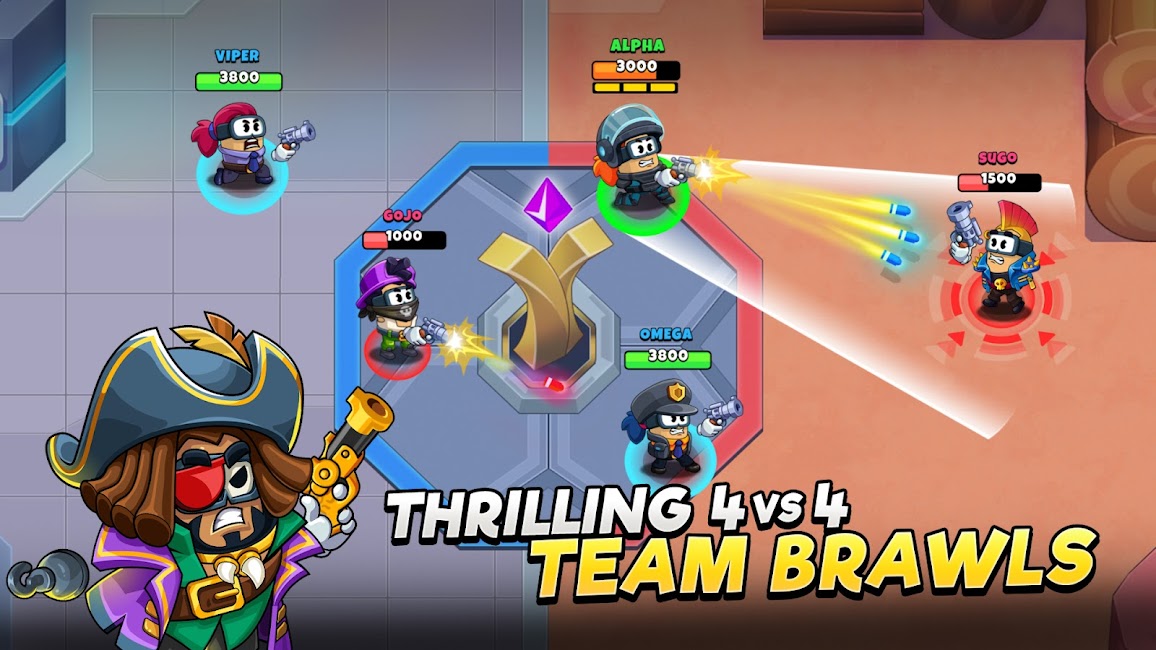 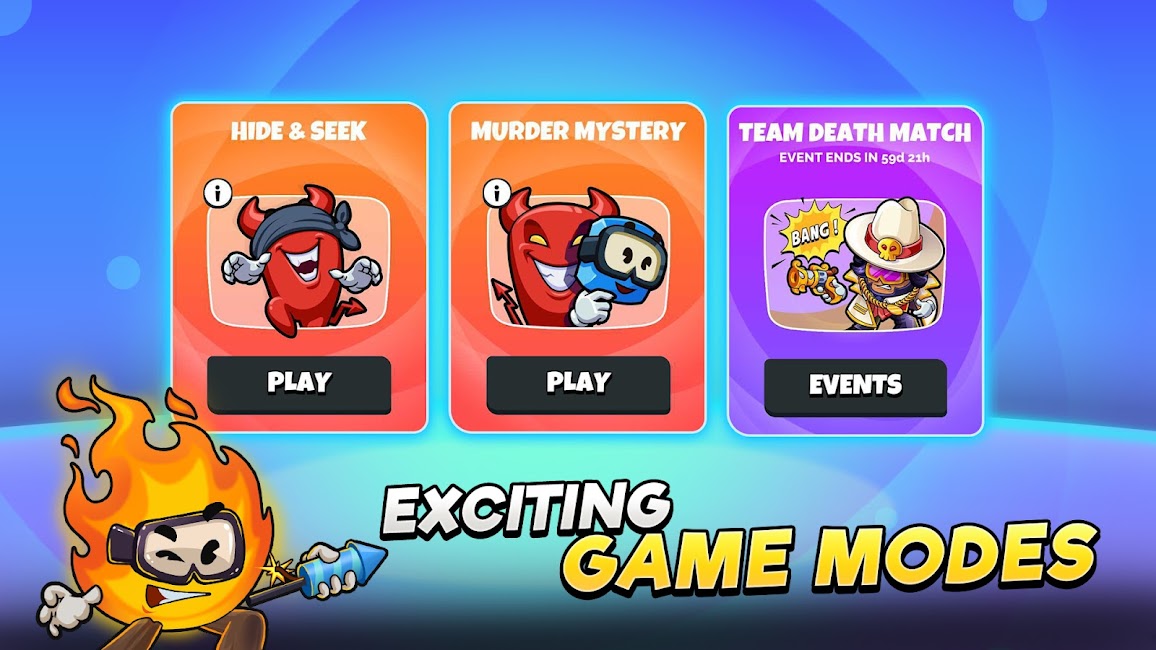 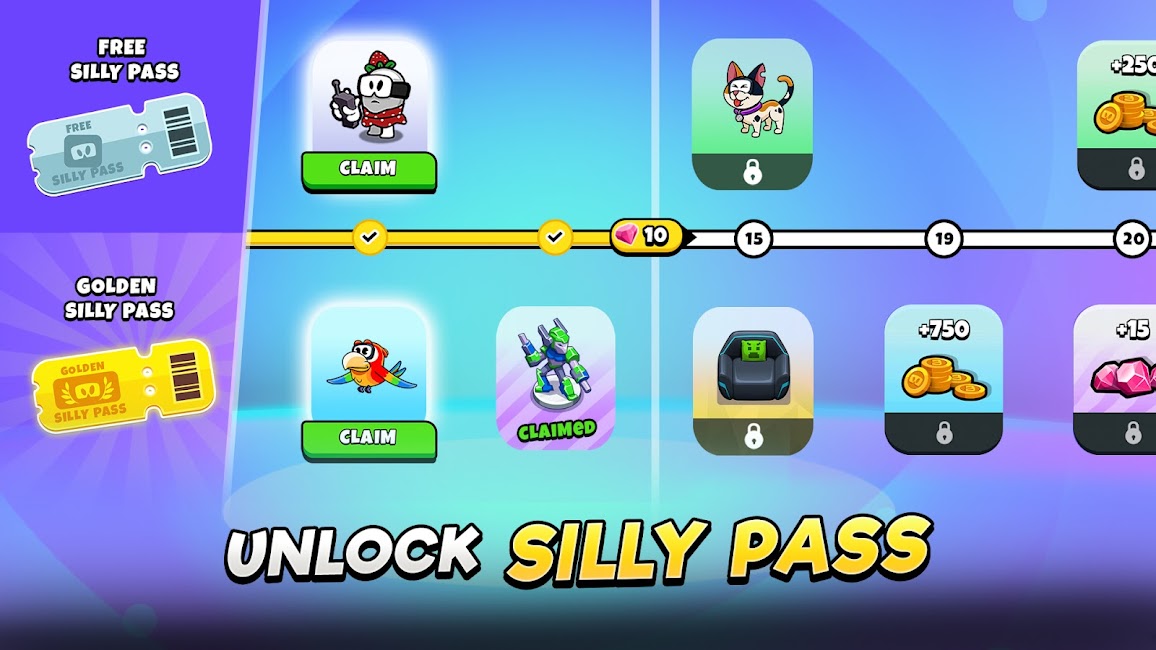 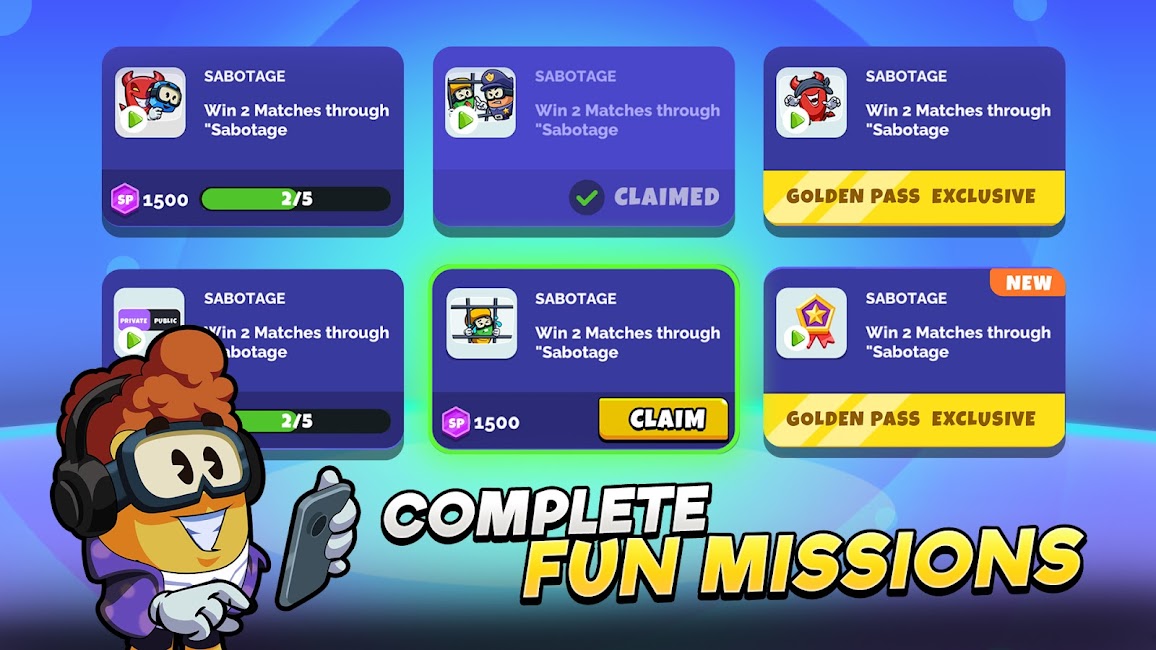 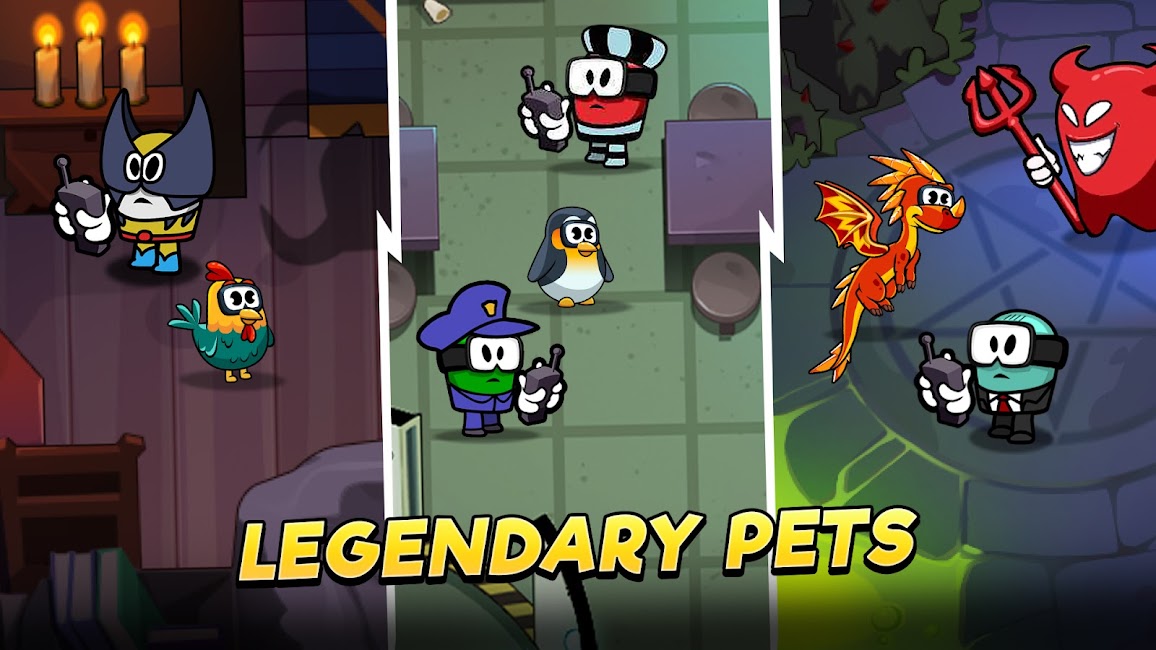 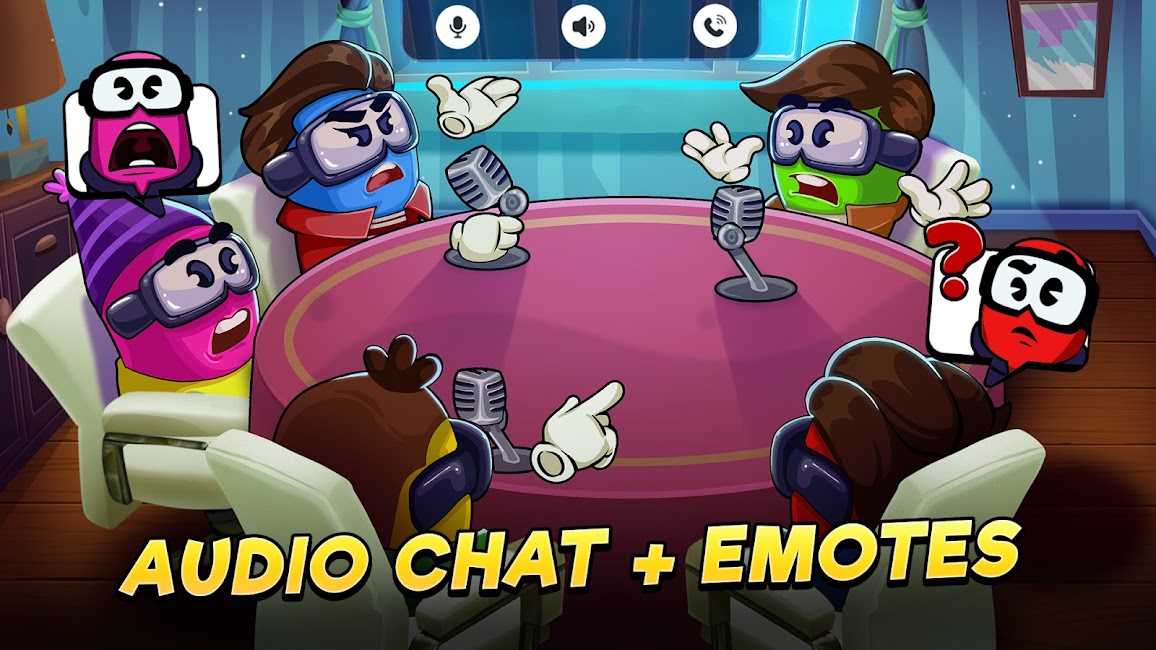 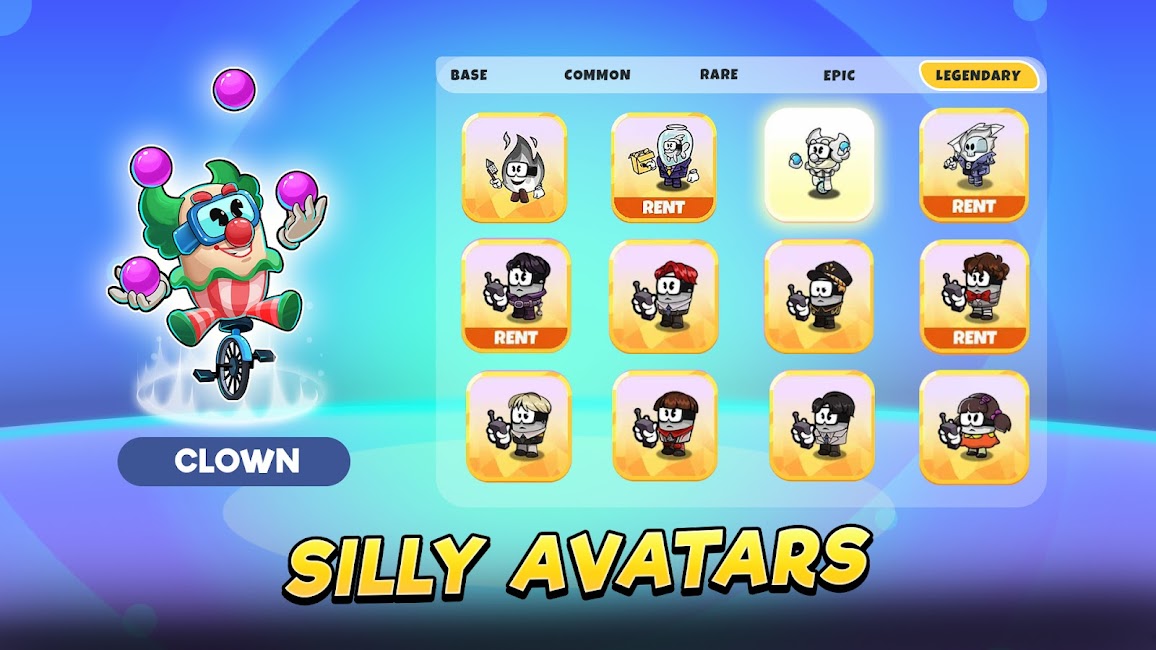