Download Smart Screen Pro 1.04 – Simple tool to turn on and off the Android screen

Smart Screen Pro v1.04 – Simple app to turn on and off the Android screen
Purchased version for $ 2.99


Smart Screen Pro Paid is a simple and smart tool for turning the screen on and off automatically, published by Christopher Markov for Android operating system . With the help of this software, you will be able to turn your smartphone screen on or off as easily as possible in different situations without having to touch the power button of the device. The smart screen uses the sensors in the mobile phone to control the screen, which makes it easy to control the screen by supporting various gestures. In the list of this software, a set of special settings can be seen, among which we can mention the response time of the proximity sensor to the issued commands! Change the amount of time you want to respond to the settings and set it to a balanced and normal state according to your needs. Unlike similar versions published in marketsAndroid , Smart Screen Pro, apart from a very small volume, uses the device’s battery and RAM resources to a much lesser extent than its competitors, which shows the high skill of the development team and attention to the user’s needs. Several different and preset modes are also included in the Smart Screen Pro, including turning the screen off when the device is in the pocket or turning off when closing the flip covers. If you are one of the most used users of smart devices, do not miss this great program and try to maintain your power button significantly.

Smart Screen Pro application , as one of the smallest software available in the field of turning on and off the screen, has been able to get a score of 4.2 out of 5.0 by Google Play users with its price of $ 2.99, which you can now download the latest version. Get it purchased from the popular and visited Usroid site. 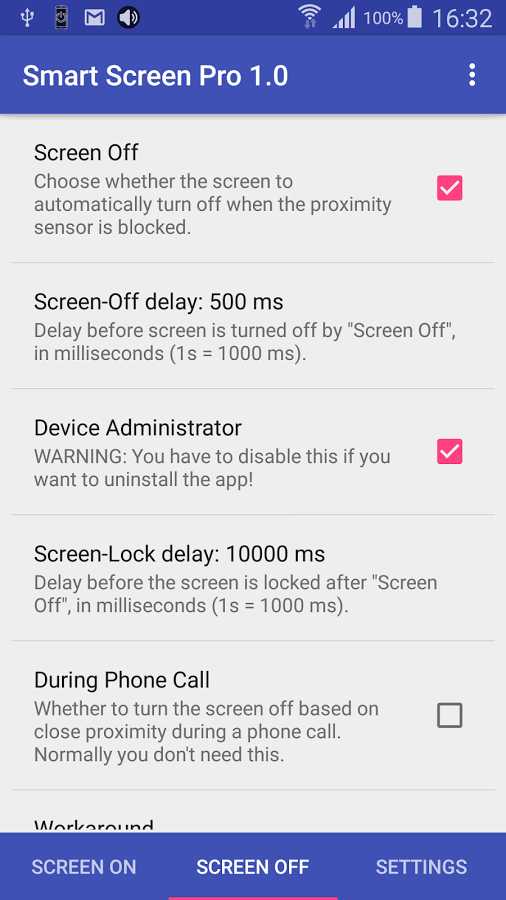 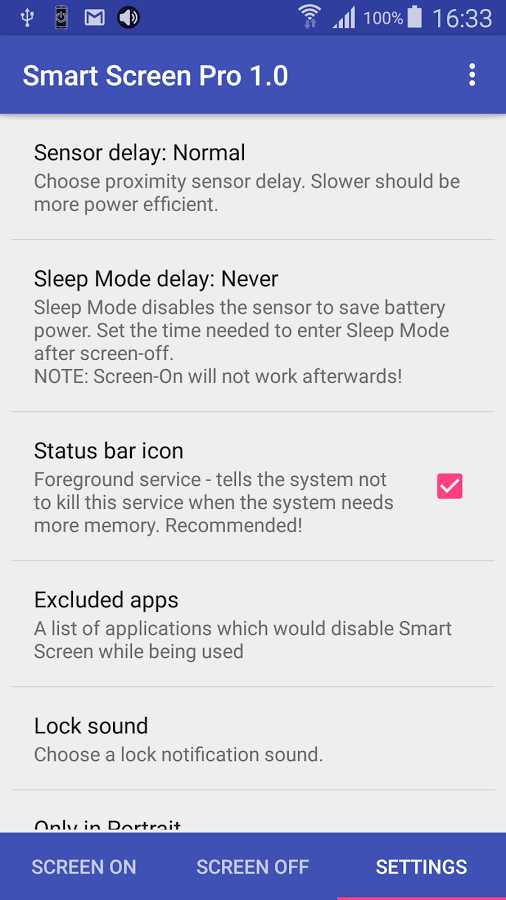 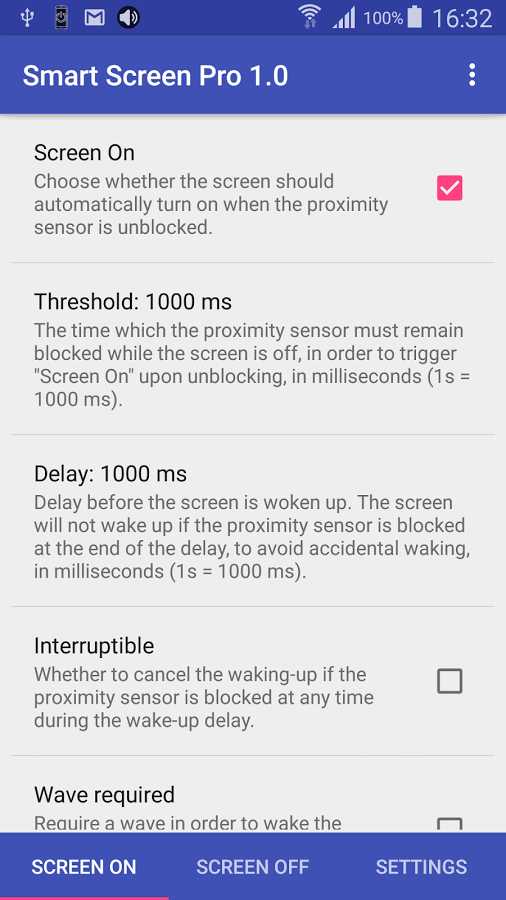