Snapchat – SnapChat is one of the most interesting, popular and best photo sharing software from Snap Inc programming studio for Android, which has a very interesting feature, and these interesting features have made it very popular [of course, it should be Jens noted that SnapChat is one of the oldest sharing apps]! Have you ever sent a photo to someone but then regretted it ?! With this application You can take a photo of yourself and add text to it if you wish, then set the time (for example, between one and ten seconds) and then send your photo, in which case the recipient will receive it as soon as they receive it. When the time is up, the photo will be erased from the memory of both phones! Of course, this may not be interesting for you, because this feature is currently available in all messengers, including Telegram, but these features were first available on this program, and other messengers have modeled it! This application was able to attract a lot of people in a short period of time and became known as one of the most popular photo sharing programs, and now the Android version is in front of you!

To date, the Snapchat app has been downloaded more than a billion times by Android users around the world from Google Play, and it has managed to get a good score of 4.3 out of 5.0 , which we have provided this interesting program for download! Join us for free to download the latest and latest version of the interesting Snapchat photo sharing app from Usroid ! 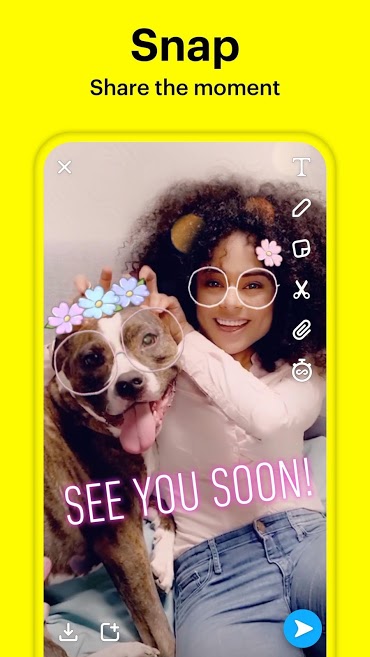 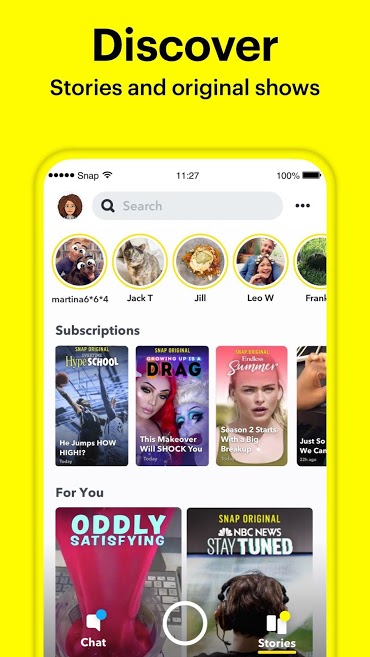 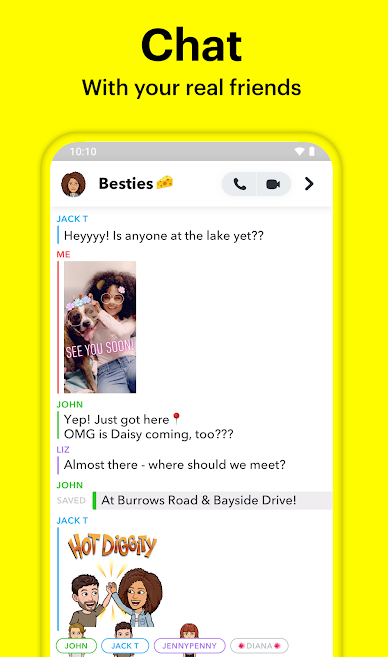 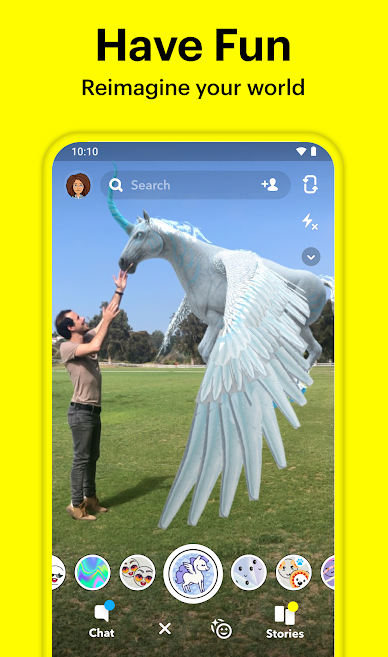 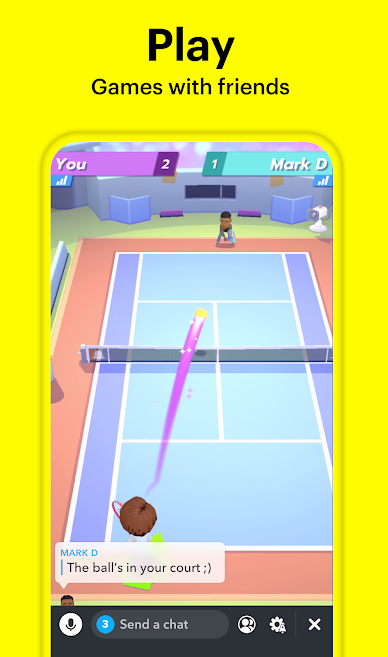 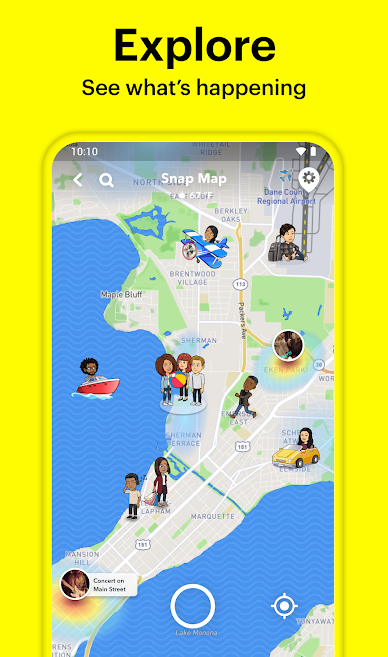