Solitaire TriPeaks Journey – Free Card Game is a card game title published by ME2ZEN Limited game studio for Android devices. The mentioned game development studio has already provided successful and well-made games for gamers, and with millions of downloads, it has a good record in the Android market. Solitaire TriPeaks Journey – Free Card Game is another good game of this game studio that has been downloaded more than 5,000,000 times and has been welcomed by gamers from all over the world. So if you are looking for a card game for your leisure time, Solitaire TriPeaks Journey – Free Card Game could be a good choice for you! This game will meet all your expectations. Of course, all kinds of card games have always been with gamers over the years. From games like Verdict and Four Leafs to other simple games, each with its own characteristics. The upcoming game is one of these simple games, which at the same time is very fun and attractive and has its own characteristics. Veteran gamers remember Windows Solitaire. The first is a digital card game in which you have to stack the cards in order. This game uses exactly the same mechanism and is very similar to the same game. You may think that this game does not have much to offer, but we must say that the wonderful world of the game and the use of new mechanisms, has made this game an unforgettable experience.

From the start, the stunning graphics of Solitaire TriPeaks Journey – Free Card Game with its unique soundtrack and lovely characters will catch your eye. Then a 5-step educational section will take you into your adventure and will make this game your favorite game. The stages of the game have a 3-star rating structure and their reward system is in the form of coins. At each stage of the game you have to try to line up the cards in order, but you can also use a high number and a low number to line up the cards. For example, after seeing the number 7 on one card, you can use the number 6 card or the number 8 card for the next card. If there is no card to play, you can remove the card from the house deck. You can get a bonus if you line up the cards without mistakes. Of course, a button to return to a previous move is also embedded in the game, with the help of which you can correct your mistakes. Bonuses are very diverse, but the most important bonus is the free card, which is a gold card and, as its name suggests, frees you to choose your next card. The design of the game stages is excellent and more than 1000 stages and more than 5000 bonuses as well as game awards and achievements make this game one of the best games now. Solitaire TriPeaks Journey – Free Card Game was able to get an extraordinary score of 4.6 out of 5.0 among gamers’ votes in the Android Market, and the Usroid team intends to provide this game to you dear ones in a tested and completely free way. At the end of this article, you can download the original version and the modded version of this game from our servers and enjoy its execution! 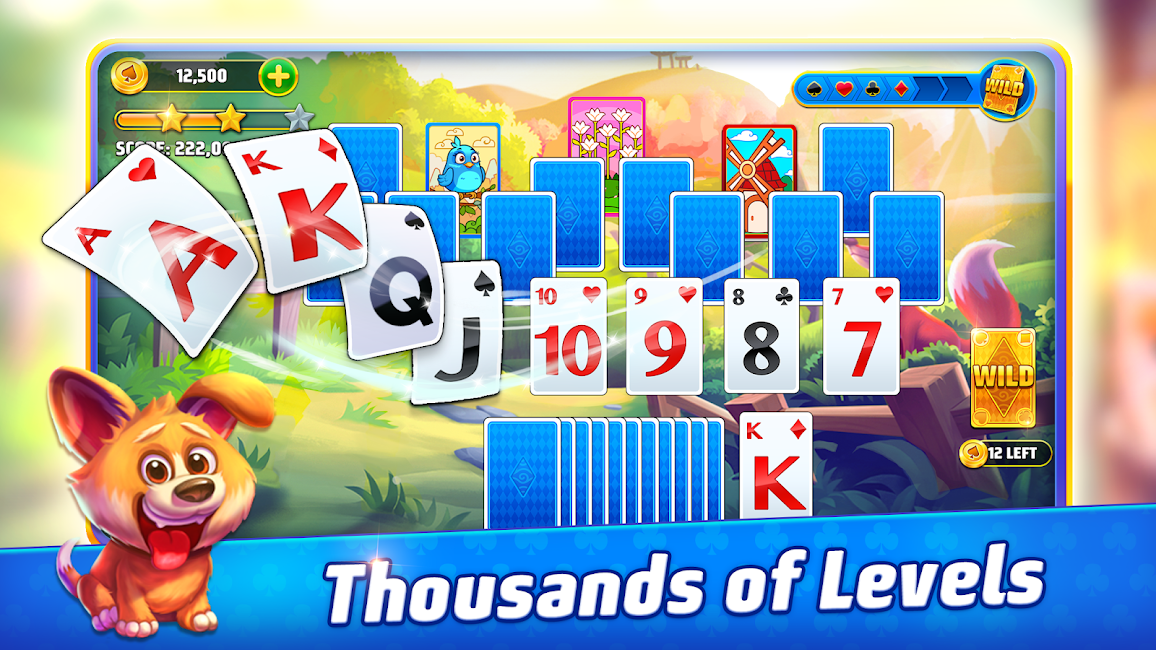 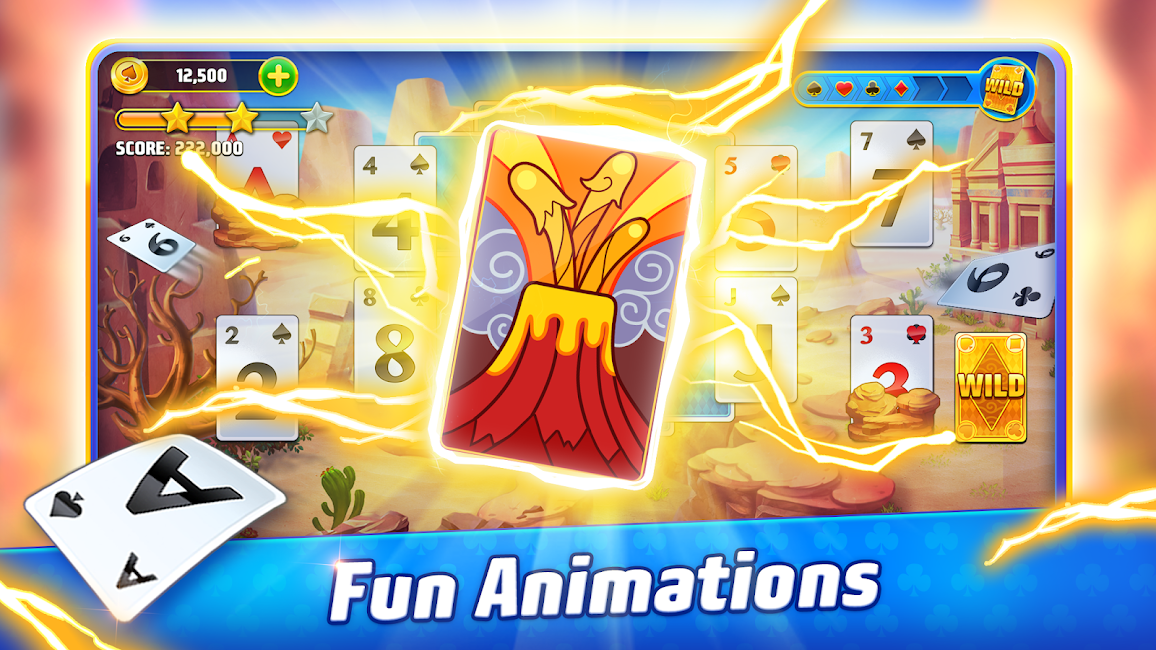 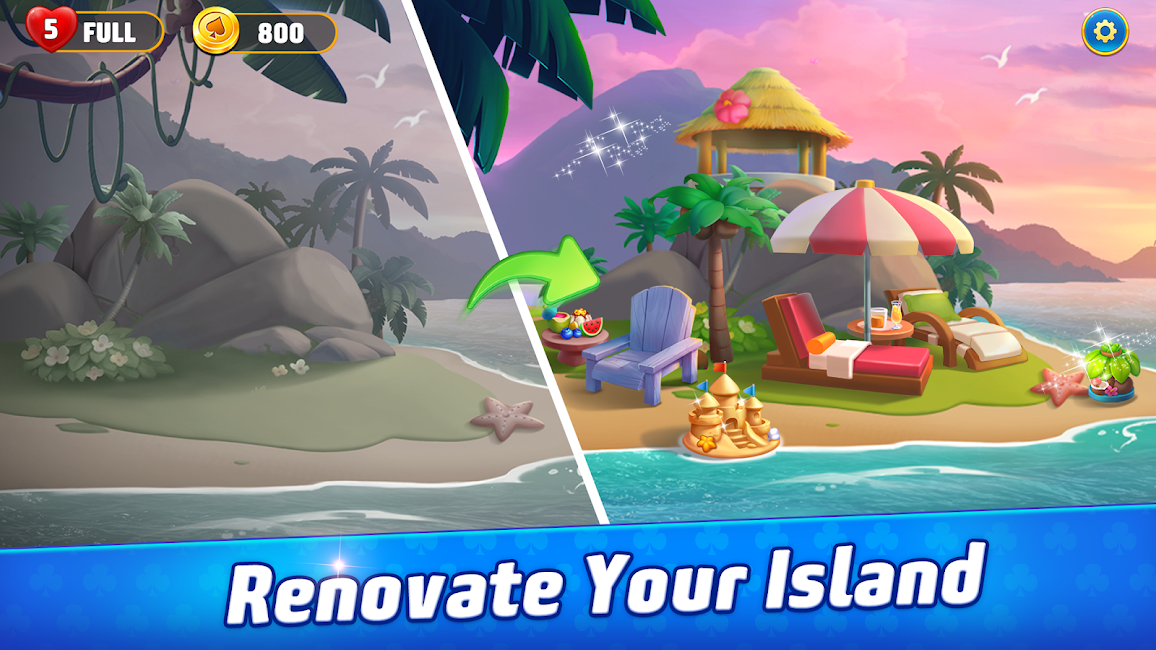 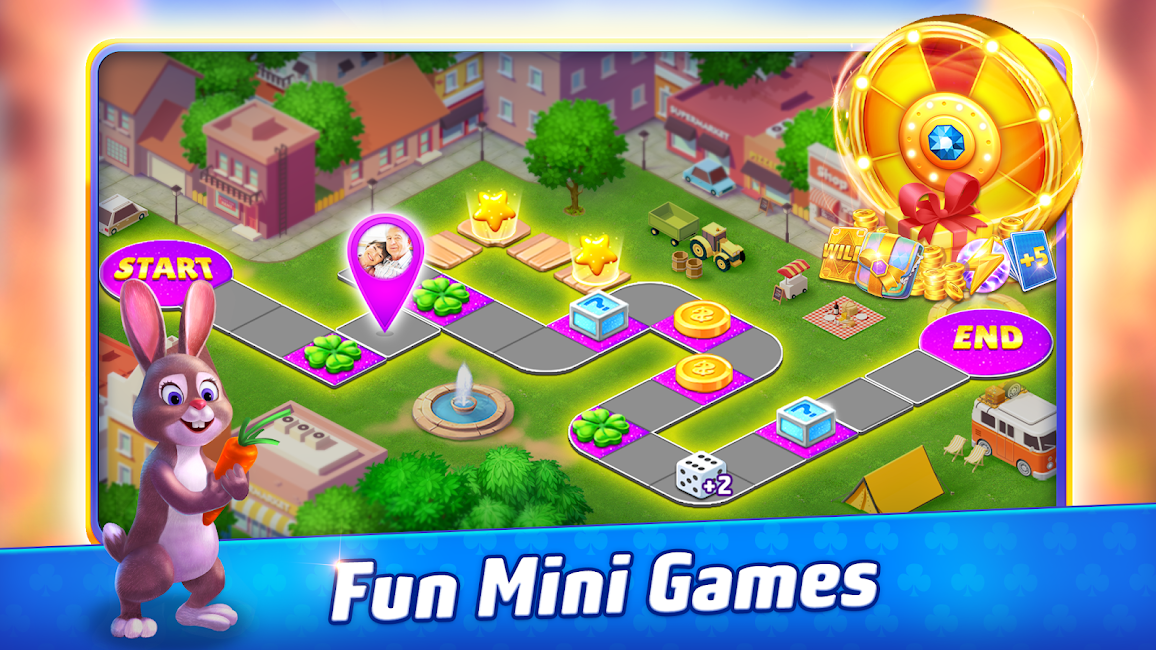 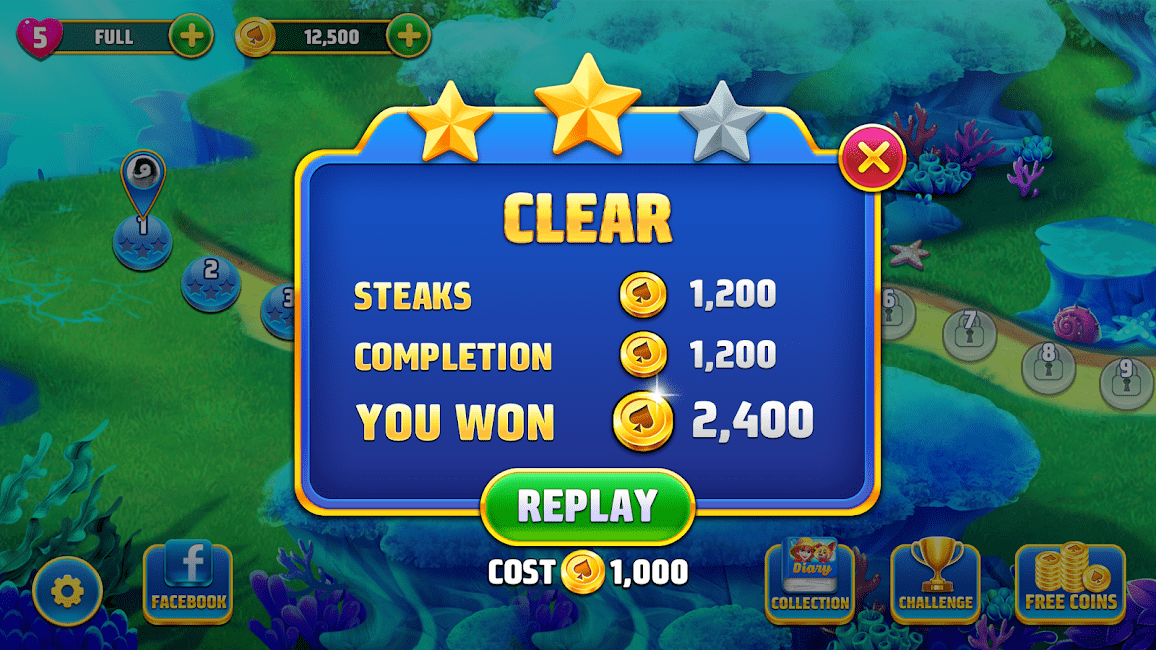