SpongeBob SquarePants: Battle for Bikini Bottom v – adventure and action game “Sponge Bob Cube Pants” for Android,
purchased and full version of the game for $ 9.99, presented to you,
tested with offline performance

In SpongeBob SquarePants: Battle for Bikini BottomYou are in the role of Sponge Bob and his friends like Patrick, Sandy and و and you must protect an important and adventurous mission to protect the popular underwater city of Sponge Bob stories, Bikini Bottom! According to the game’s story, an army of strange robots invades the city and SpongeBob and his friends decide to stop them. SpongeBob SquarePants: Battle for Bikini Bottom is much more attractive than a regular mobile game, and the efforts of the creators, especially HandyGames Studio, to rebuild the mobile version are very commendable. The mobile version of this game has been made and remade very similar to the original version, and for this reason, it must be said that this game is at the level of professional and console titles. All parts of the game are made entirely with three-dimensional designs and detailed graphics. The high accuracy of details in various sections and environmental designs has made this game a highly evolved title. The nature of the gameplay of SpongeBob SquarePants: Battle for Bikini Bottom is designed in the form of open world and role-playing games, and you can manage the main character in the third person in 360-degree mode and move around freely. During this game, you have to help the characters and other citizens of this city and perform various missions, and in addition, follow the main mission, which is to fight with robots. Beautiful and well-made game Sponge Bob Cube Pants: Battle for Bikini Button is undoubtedly one of the best games and the most voluminous titles that can be experienced on Android devices.Get Usroid .

– Download the data file and decompress it. Copy the com.hg.bfbb folder to the Android / obb path of the device’s internal storage. 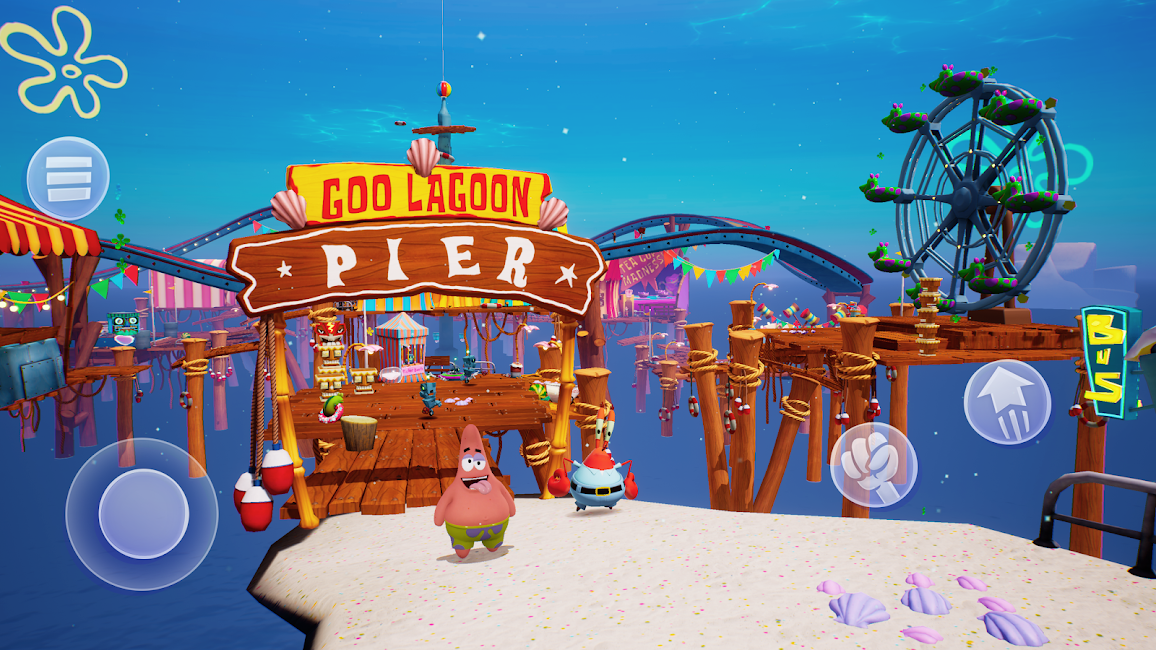 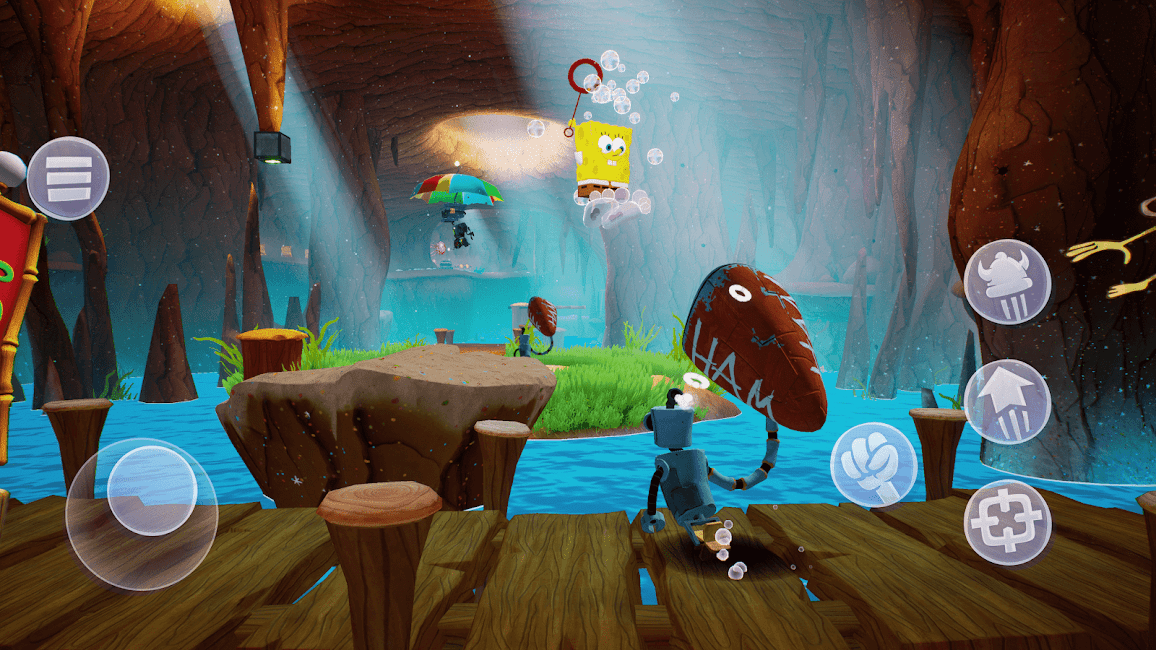 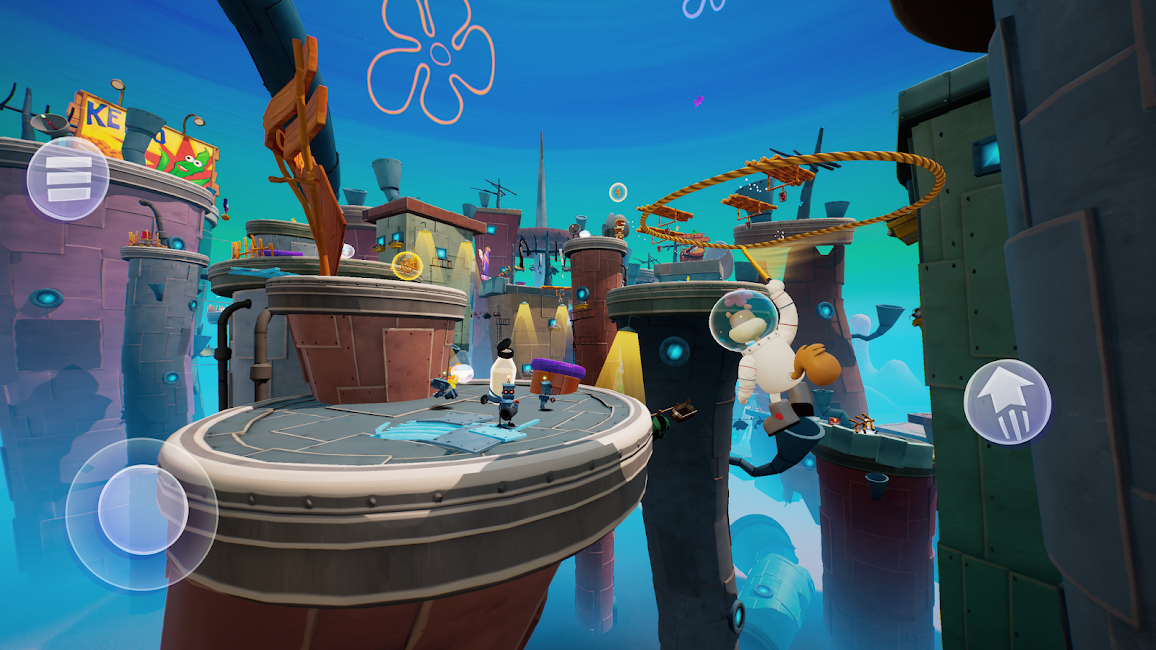 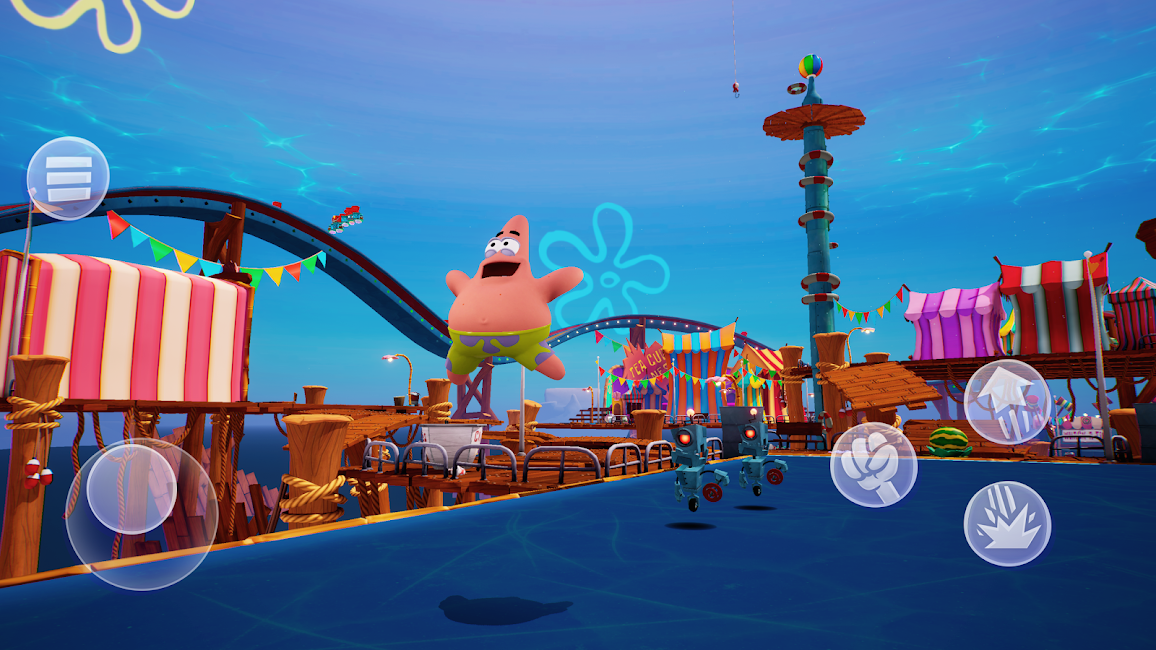 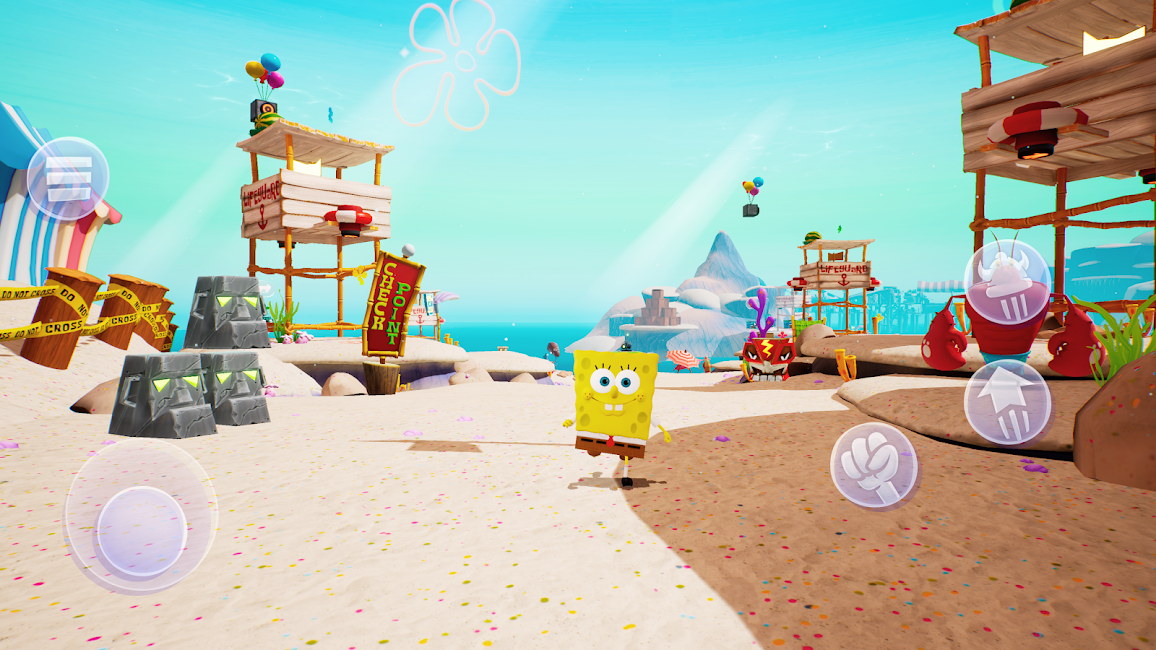