Stay AliveAn interesting, action-packed and exciting game from the category of survival action games from Dokole Paroli Limited studio in Russia. This game is completely free, but despite the ability to pay in-app for the Android operating system and is available to players around the world on Google Play. Usroid has introduced and reviewed this game at the same time with the release of this game on Google Play and after doing the necessary research on it, and has provided the latest version for download. Stay Alive game, although it has no new, special or unique storyline, and on the other hand, the general style and context of the game, such as the gameplay and elements used in it, is completely modeled on similar famous games. But in the end, it should be said that this game has very attractive features for those people who are interested in the style of apocalyptic themed survival games. Perhaps it can even be said that Stay Alive game, due to the time difference it has with other popular games in this field, has been able to fix the flaws and problems that existed in those games and offer a different and more evolved gameplay. Although the final decision in this case will be with professional players, but at least in appearance and given the general features and characteristics, it must be said that the game Survive is in turn very well-built and professionally designed.

در Stay AliveYou are once again faced with a story full of stereotypes and repetitions. According to the story of the game, the world has been destroyed due to a certain pollution. This infection is actually a pandemic virus that targets humans. Any human who becomes infected with the virus in any way will become a zombie and a bloodthirsty creature. After the whole planet was infected with the virus and the world was destroyed, now you are in a post-future world as one of the few human beings left on earth and you must try to survive in this dangerous and deadly world. do. Like any other action game in the style of Action Survival in Stay Alive, you have many tasks and tasks, the most important of which are building a shelter, gathering resources, building tools and weapons to protect yourself, as well as searching and exploring around. It will be to find healthy people or other valuable things. The game view is from above and in the third person, and you can take control of the player so that you have a wide and convenient view of the surroundings. It should also be noted that Stay Alive, like all action-survival games, has an important part to find and loot resources and use them to upgrade items and game characters. To get more familiar with this game, you can see the screenshots of the game and then, if you wish, download the latest version from the download box.Usroid Pay.

1- In the mod version, zombies attack but you do not lose your life.
2- You can play with the data and do not take the data from Usroid.

– Download the data file and decompress it. Copy the com.dokoli.sa folder to the Android / data path of the device’s internal storage. 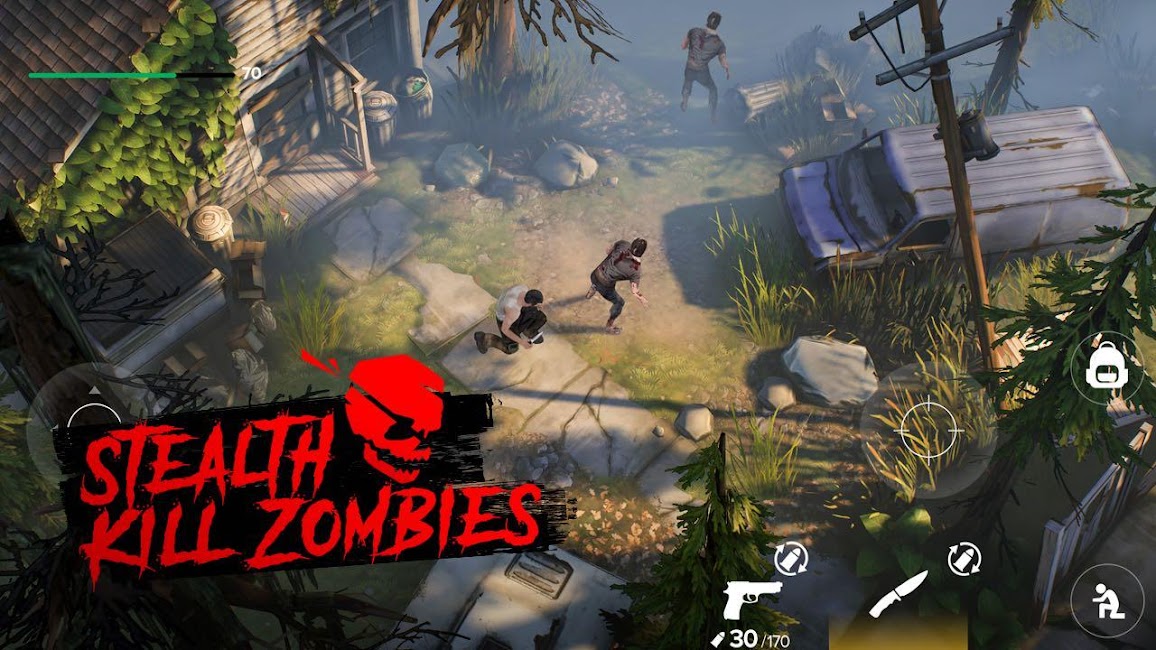 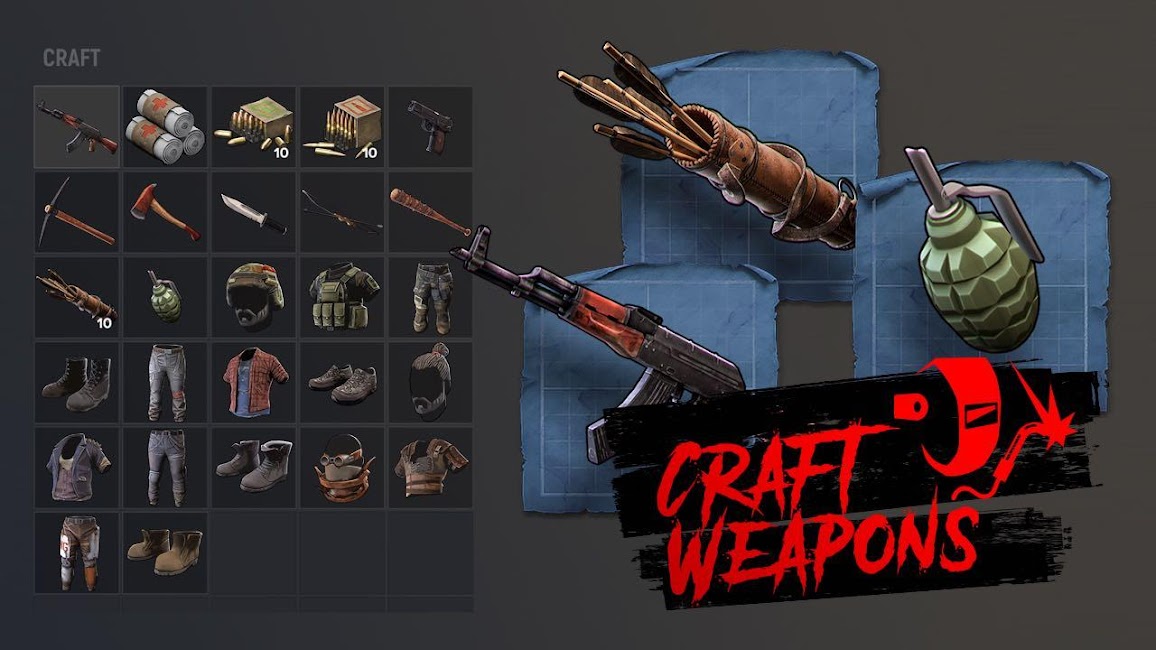 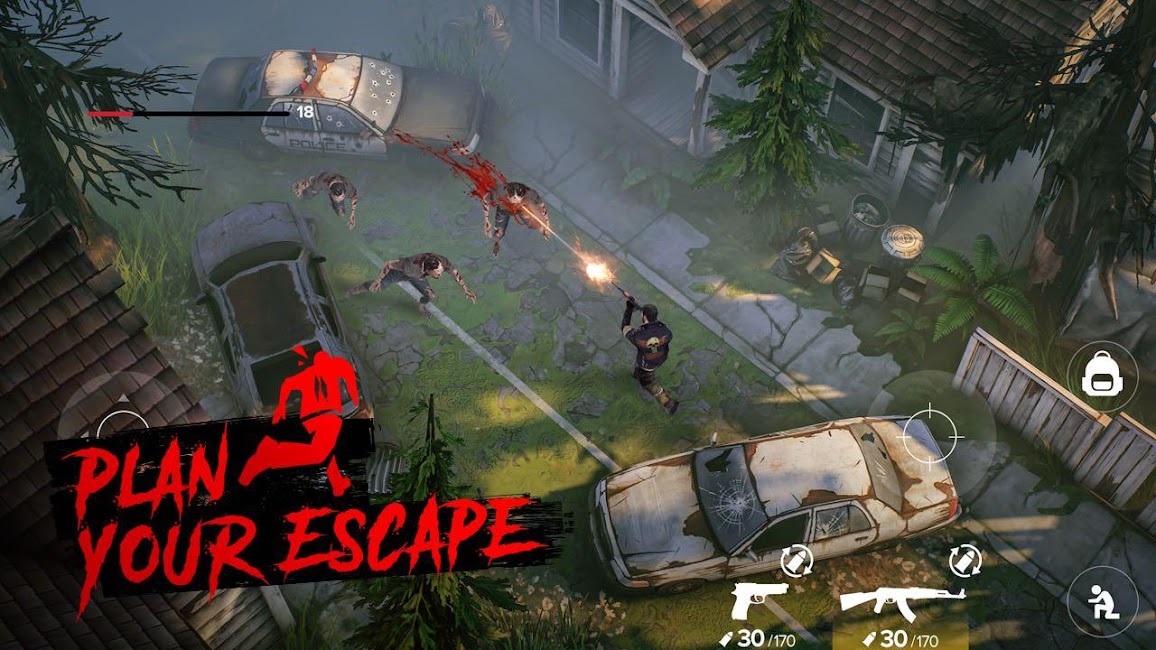 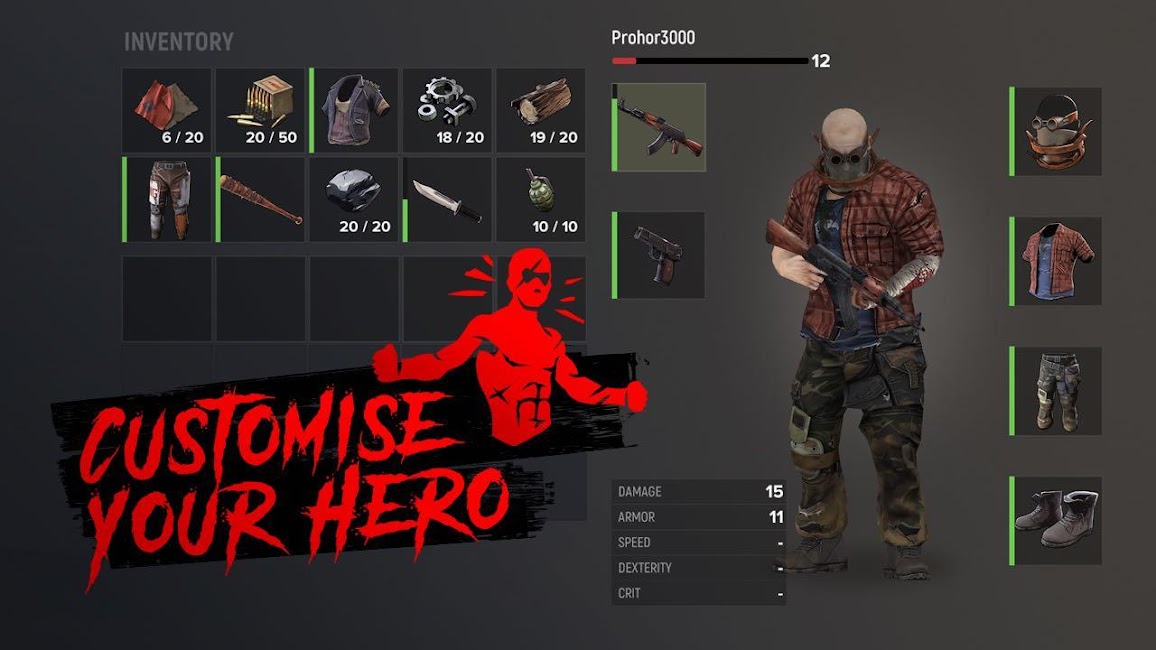 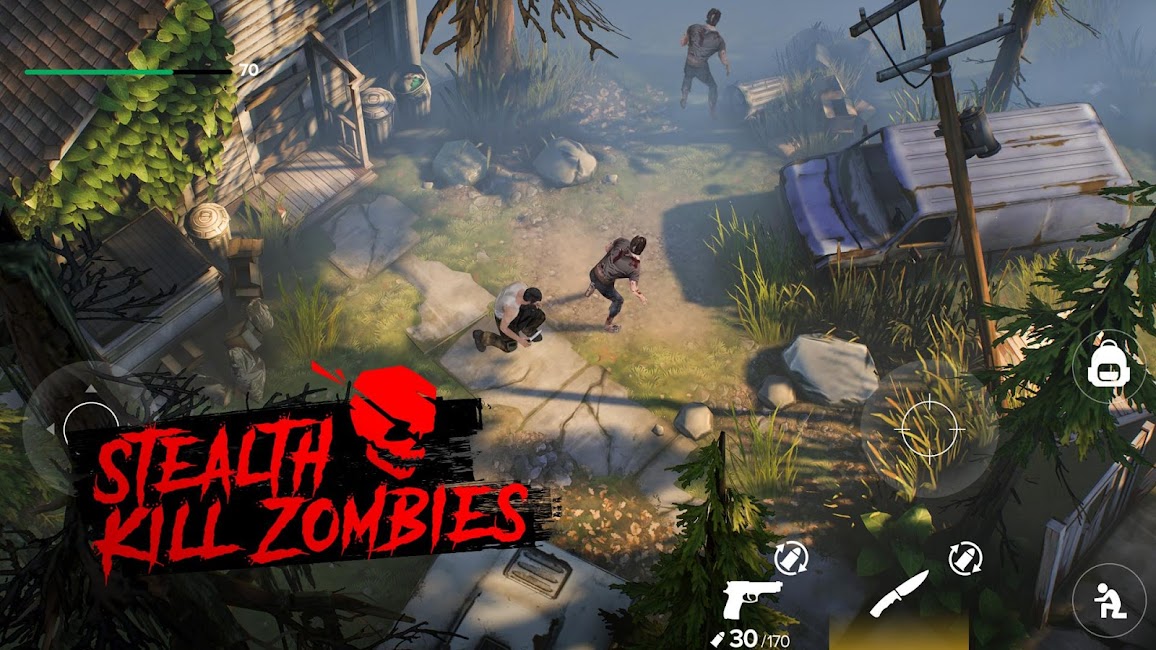 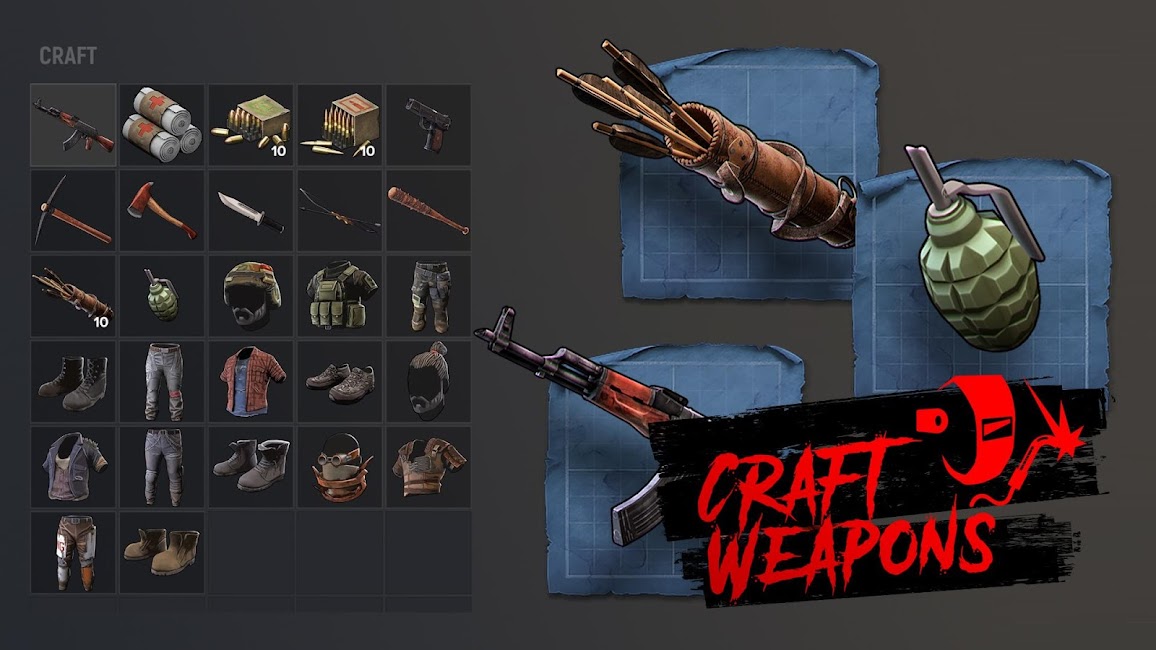 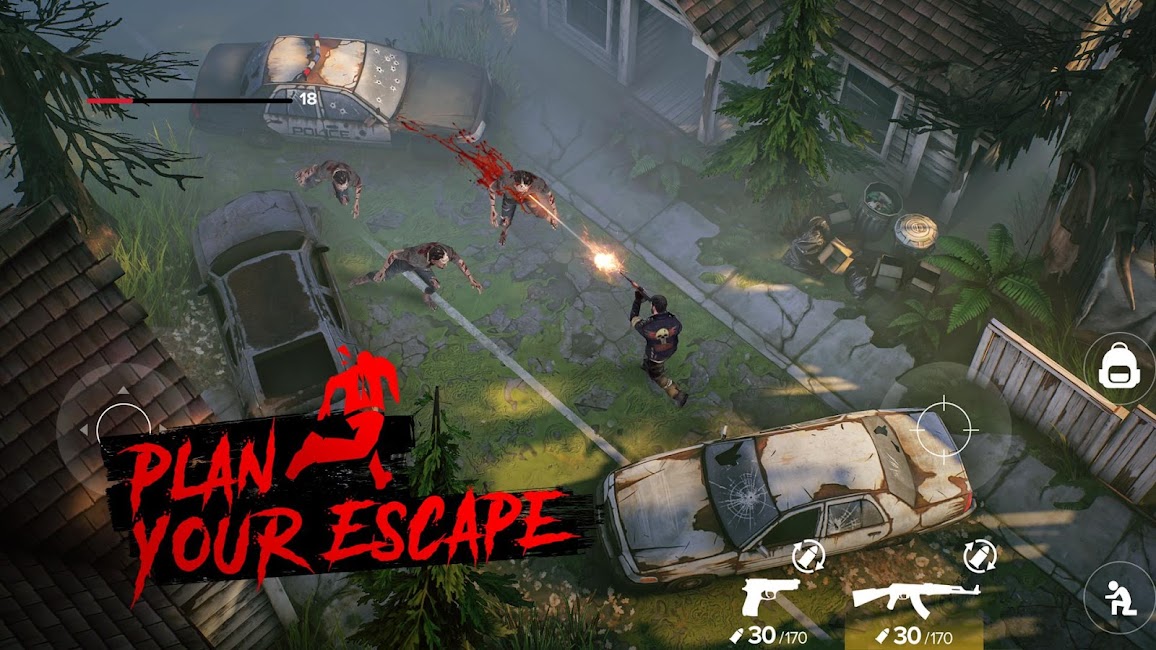 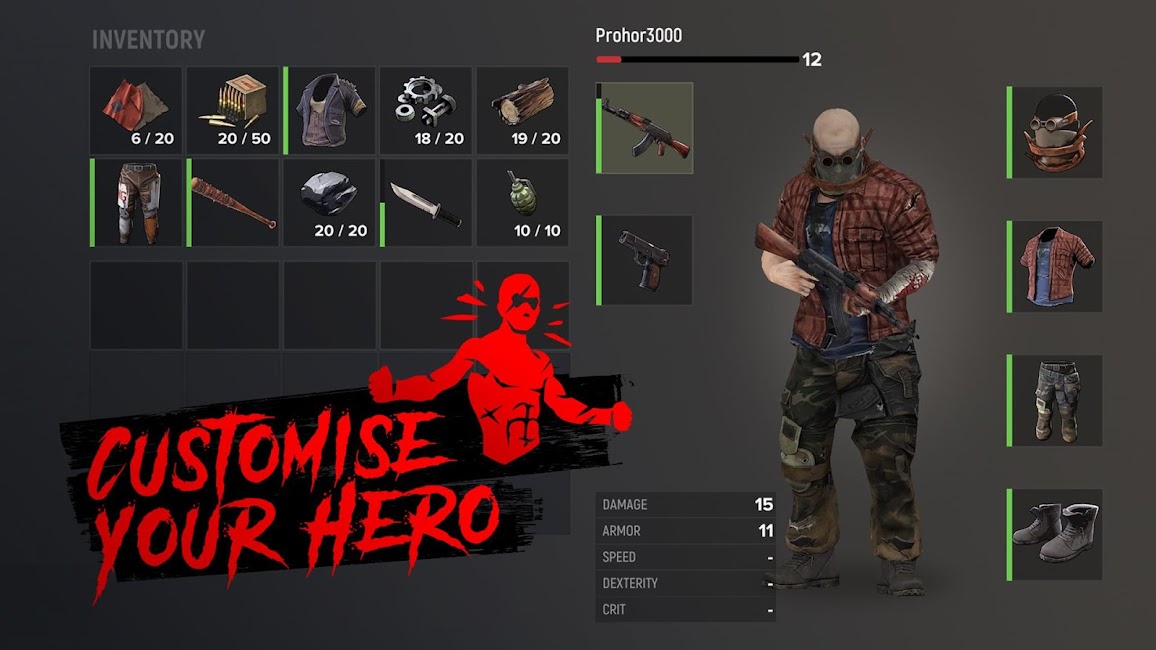