Stick Cricket 2 – Touch Cricket 2 is the name of another title of sports games of the British Stick Sports Ltd studio, which is available for free for the Android operating system on Google Play, and Usroid decides to update it to the latest in two regular versions. And prepared for you lovers of sports games, especially cricket. Stick Sports has started to make and publish sports games, and so far except for cricket, tennis and football games called Stick Soccer 2We also published it in Usroid and made it. This studio has made several games in the field of cricket, and in this article, we intend to introduce the best of these games to you dear ones. In Stick Cricket 2, you have to play the role of a strong cricketer in the fun competitions of this game, and you play the role of a female player, that is, someone who takes a cricket stick and hits the throwing balls. The game is followed from behind so that you can have a good view of the thrown ball. Your task is to hit the ball right at the right time and move it as far as possible. The better you hit the ball, the more points you get. Of course, Stick Cricket 2 is not going to be a simple and clean game! In this game, you can change from an amateur player and an interesting story to a global athlete, so that the professional clubs of the world want you!

You can also follow the Stick Cricket 2 tournament in the team section with the national team of the country of your choice and become the World Cup champion of this competition. Also in this game, various other world competitions are considered so that you will be entertained in this game for a long time. This game has 90 different stages in different sections with the titles Six Derby, Last Man Standing, No Dots, Survival, Time Attack and Consecutive Boundaries. By earning points and money from the game stages, you can buy main or side items such as better sticks, gloves and faster shoes, or personalize the appearance with items for clothing. The gameplay is very simple, but do not be fooled by this simplicity because there are many challenges in Stick Cricket 2. By unlocking and learning more skills, you can deliver much more effective technical shots to the balls, resulting in better scores. This game has been downloaded more than 1 million times on Google Play by Android users around the world as wellIt also has a score of 4.3 out of 5.0 . So if you are also a fan of cricket or baseball, Stick Cricket 2 can be a good option for you. If you want to download this game, after viewing the images and video related to the game, you can download the normal or modded version of this game as a test from Usroid . 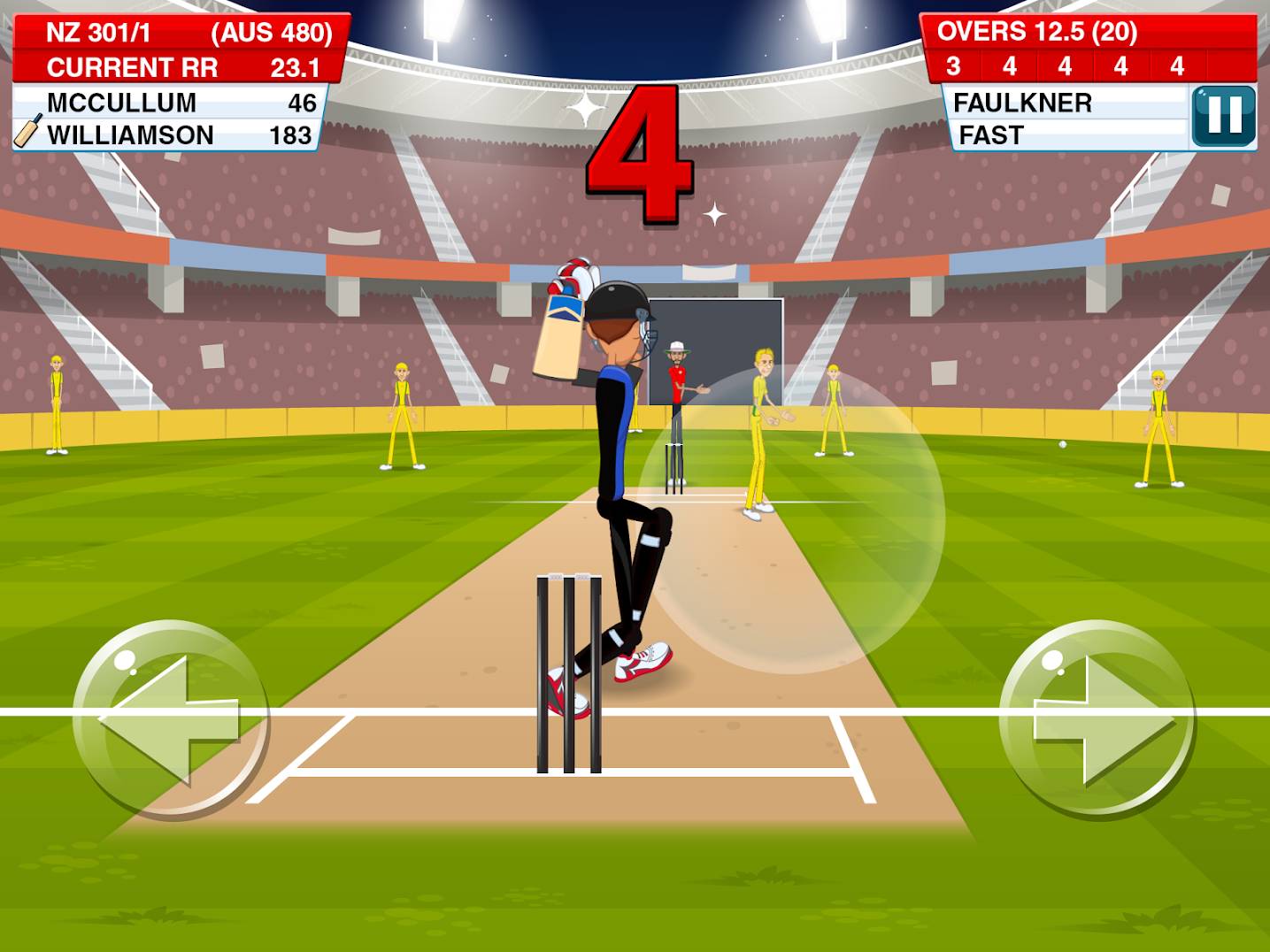 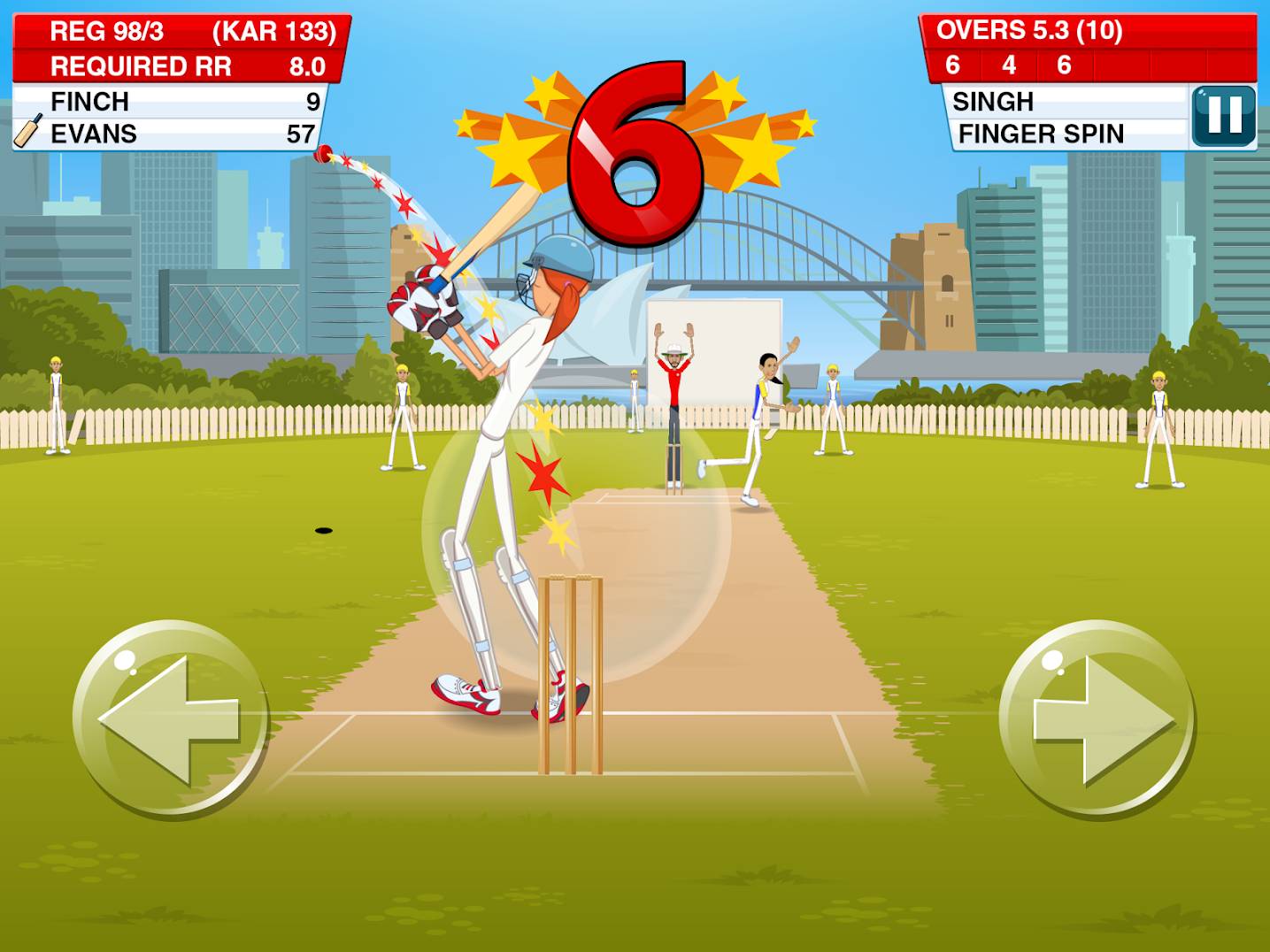 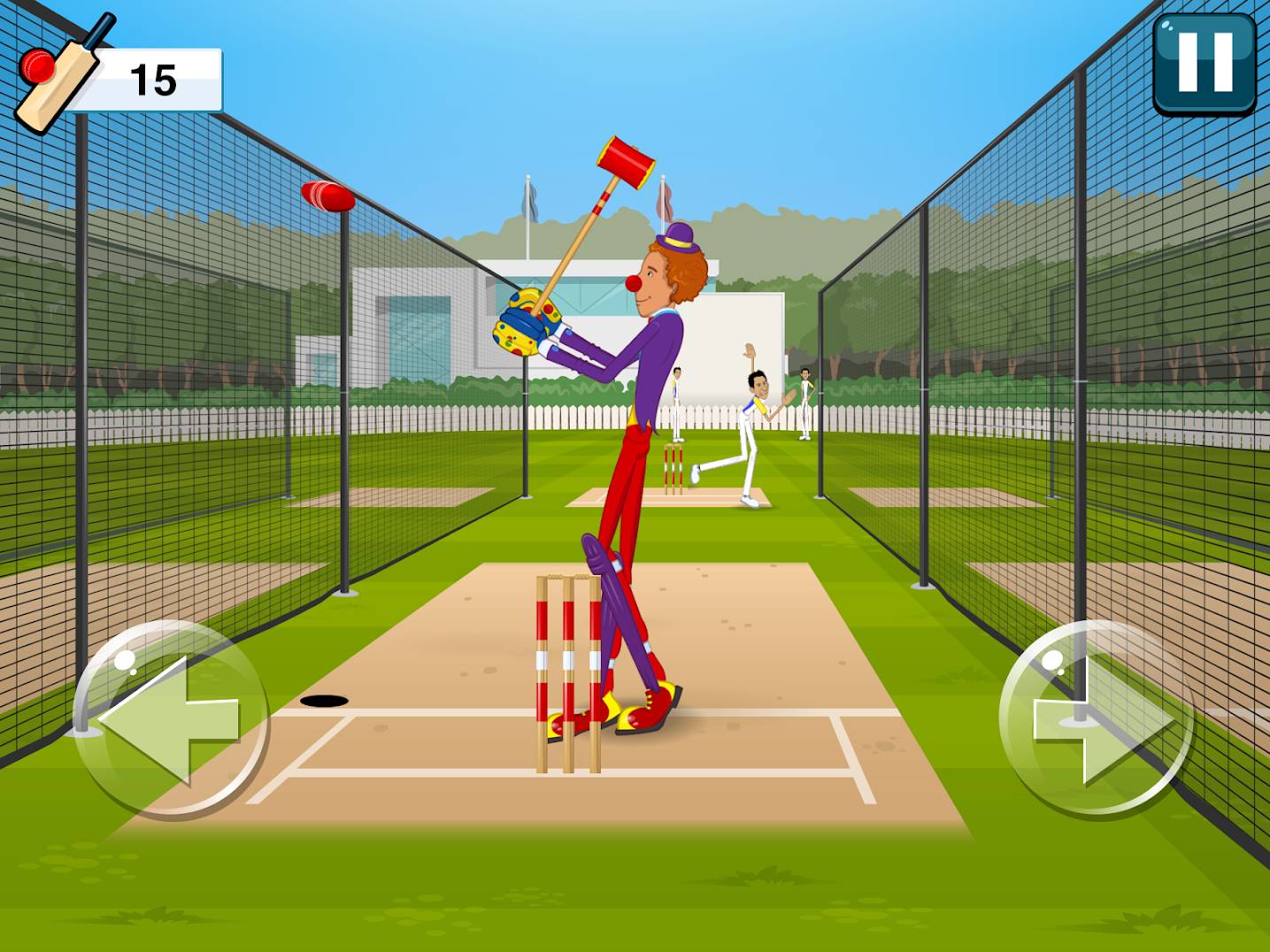 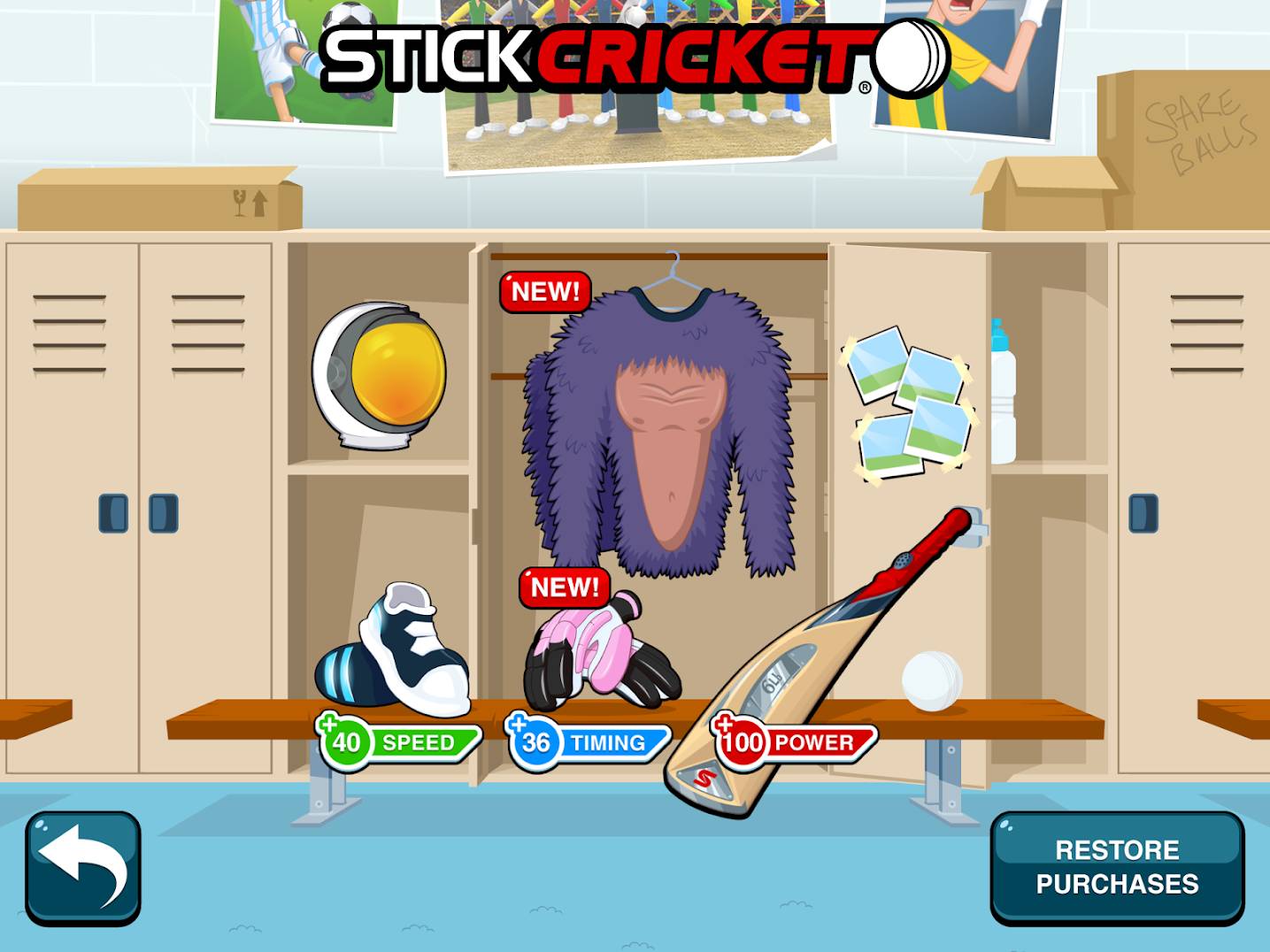 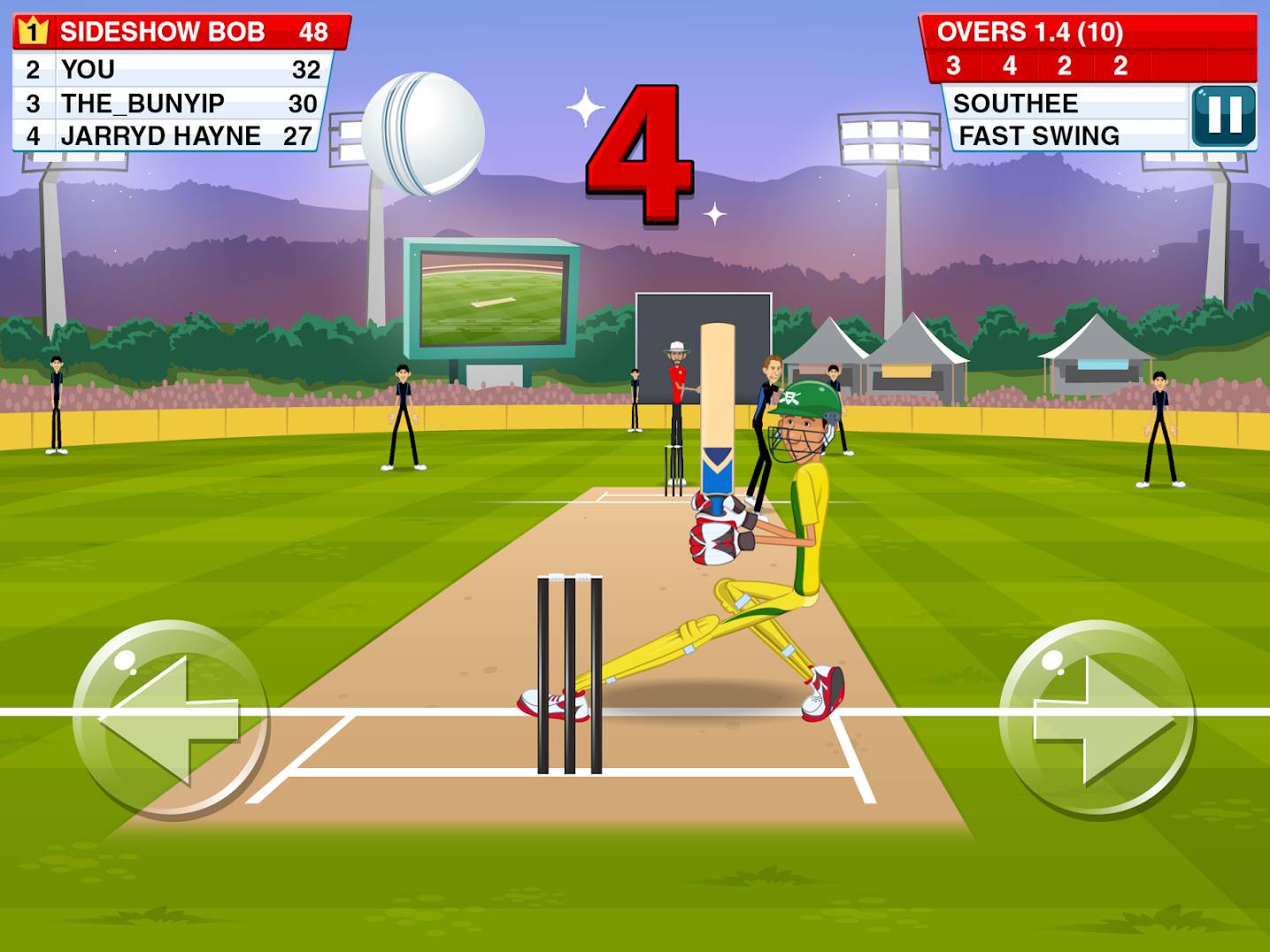