Stratego Multiplayer Premium v4.11.15 – capture the flag multiplayer strategy game interesting Android + trailer
version Premium and purchased at a price of $ 8.99 Dedicated to You
tested to run without problems

Stratego Multiplayer Premium – Conquering the Multiplayer Flag Stratego is the most popular version of the Stratego games series, which has already introduced two other versions of these games (single version or Stratego Single Player and card version or Stratego Battle Cards ) in Usroid. we were. In this article and again at your requestDear friends, we are introducing the multiplayer version of this popular and popular game. The series of games, produced by Youda Games Holding BV in the Netherlands, are all available in free and paid versions. Like the previous two versions, this time you can download the full and premium version of Stratego Multiplayer Premium from the end of this article. Stratigo style of play, or what is known in Iran as the conquest of the flag, is in the style of board games. The single-player version of the game was very popular, and after proper feedback from users, Youda Games Studio decided to release a multiplayer version of the game. As more effort has been put into making Stratego Multiplayer Premium, the final price is also more expensive than the other two versions. In this game, which can be played online, in two-player competitions with other players and using strategic techniques, you have to place your pieces well in the game table and use them correctly to deal with pieces. Use enemies. The competitive style of this game has made this game have countless fans all over the world. In this game, just like the single player version, you have to compete against your opponent in which each player has 40 pieces. Of course, there is another type of game called Quick Match and the number of units per team is limited to 16 pieces. The general style of play is such that each team has a flag. You have to grab it by shaking the pieces and bringing them to the enemy flag. On the other hand, you should not let your opponent get close to your flag. Any player who wins the opponent’s flag sooner will be the winner.

Stratego Multiplayer Premium is a very competitive and addictive game that quenches the thirst of strategy game enthusiasts in a new style! To run the game and the possibility of holding multiplayer competitions, you must log in to the game with your Facebook account to be able to play with others. The game, which has been released at a high price on Google Play, has been purchased more than 5,000 times so far, and its current  rating is 4.2 out of 5.0 . Now you can download the premium version and the final update of Stratego Multiplayer Premium game from Usroid for free. 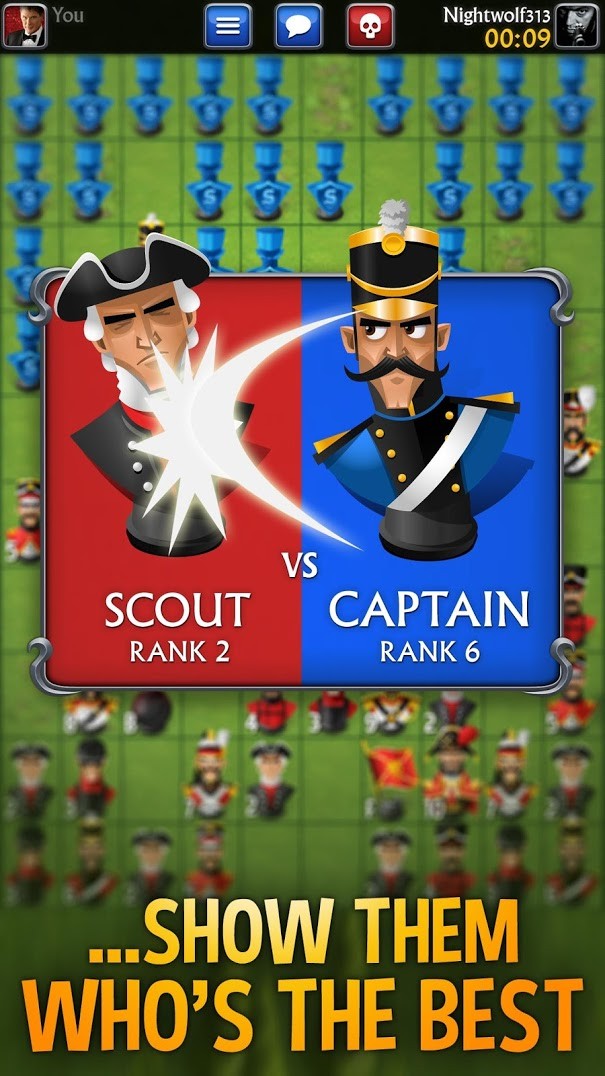 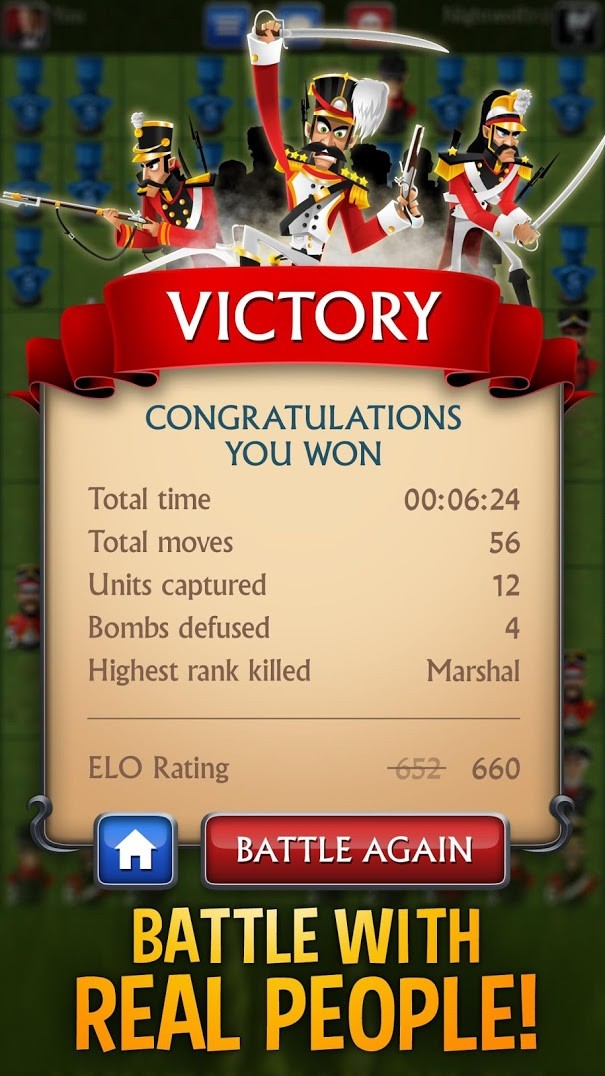 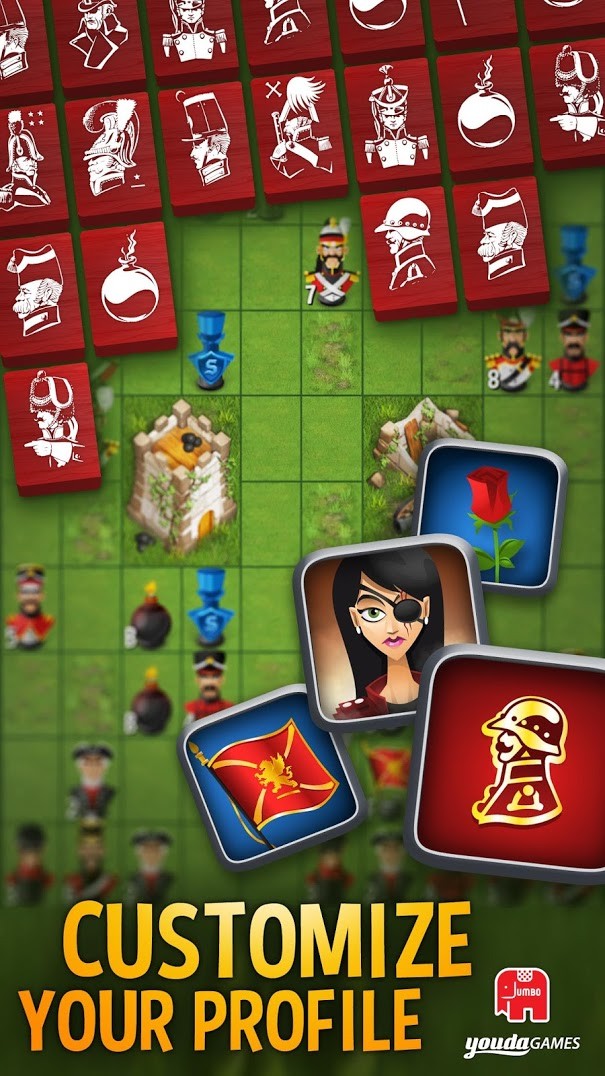 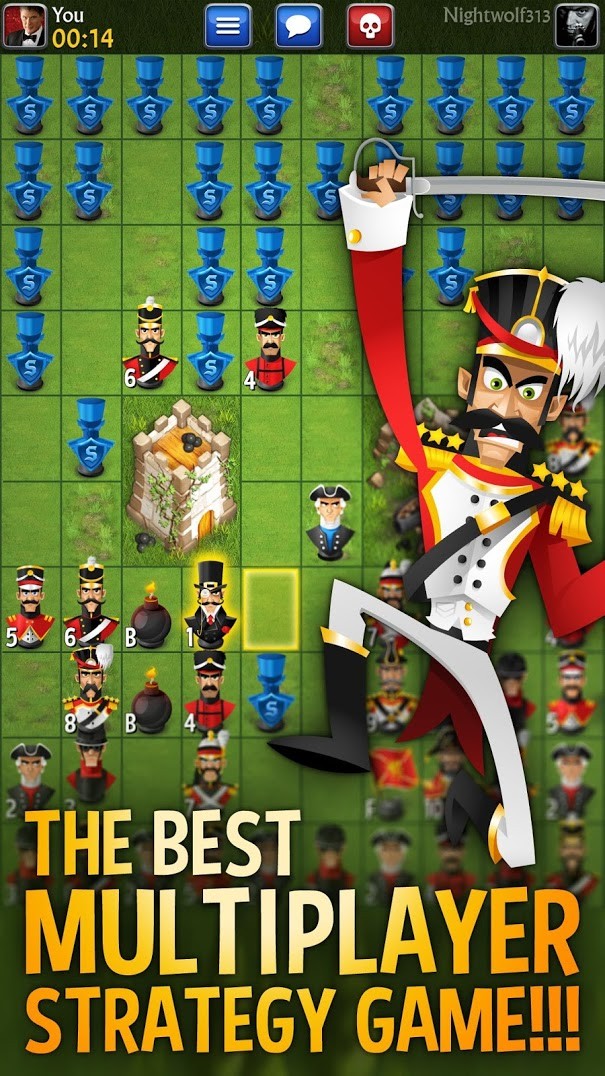