Stratego Single Player v1.10.07 – Strategic and interesting game to conquer the Android flag + trailer,
full version and purchased for $ 1, presented to you,
tested with offline execution

Stratego – Conquest of the Flag is the name of a strategy game in the style of board games, which was produced by the Dutch studio Youda Games Holding BV and has been released in two main versions: Single Player and Multiplayer. In this article, we will introduce the Stratego Single Player version. The game is priced at $ 1 (discounted) on Google Play and is available for Android operating systems. Youda Games Holding Studio is already the most famous and successful Governor of Poker gameAnd introduced and now the project of conquering the flag is known as the second official project of this studio. Stratego game is a very interesting strategy game in which, like board games, you have to move a piece during your turn and start the game through it. Conquering the flag is modeled on famous board games such as chess or backgammon and is done with the same traditional elements. But this time you have to use interesting systems to run a strategy game. For example, you have to use different tactics such as defensive or offensive tactics. The game AI is well designed and will challenge you in many cases. The ability to adjust the difficulty of your competitors in this game is provided so that if you do not have enough experience in such games and you are an amateur, first learn the game with less difficulty.

Game Stratego Single PlayerIt has a fun games section (classic) and a campaign section (stage). It is recommended to play the classic version of the game several times before starting the stage part. This section also includes two parts of the game, professional and simple. In the simple game you can play on 16 by 16 pages, but in the professional version, these dimensions get bigger by 40 by 40, and winning it and implementing your strategic plans is harder and more challenging than the mode. It will be normal. The creators say that they have used a professional and different game-making engine for the game’s artificial intelligence, which by adjusting its difficulty level, can challenge amateur to skilled gamers! The single-player version of Stratego is one of the simple and small offline games without the need for the Internet, which is suitable for leisure. Of course, this game can be a competitive and difficult game and should not be considered a simple pastime! Do not be fooled by the simple appearance of the game! Conquering the flag of big gamers and carbald in the field of strategy games has challenged and competed. Stratego Single Player game with more than 10 thousand sales andScore 3.8 out of 5.0 on Google Play. To get more acquainted with the style and context of the game, you can see the screenshots of the gameplay. Then, if you wish, you can easily download the full and purchased version of this game from Usroid servers. 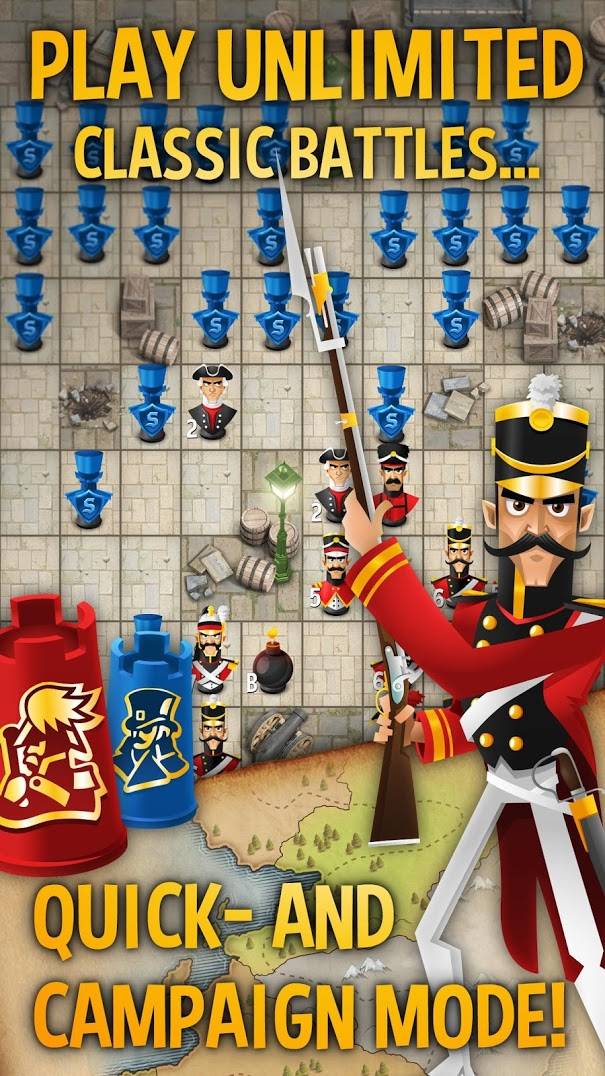 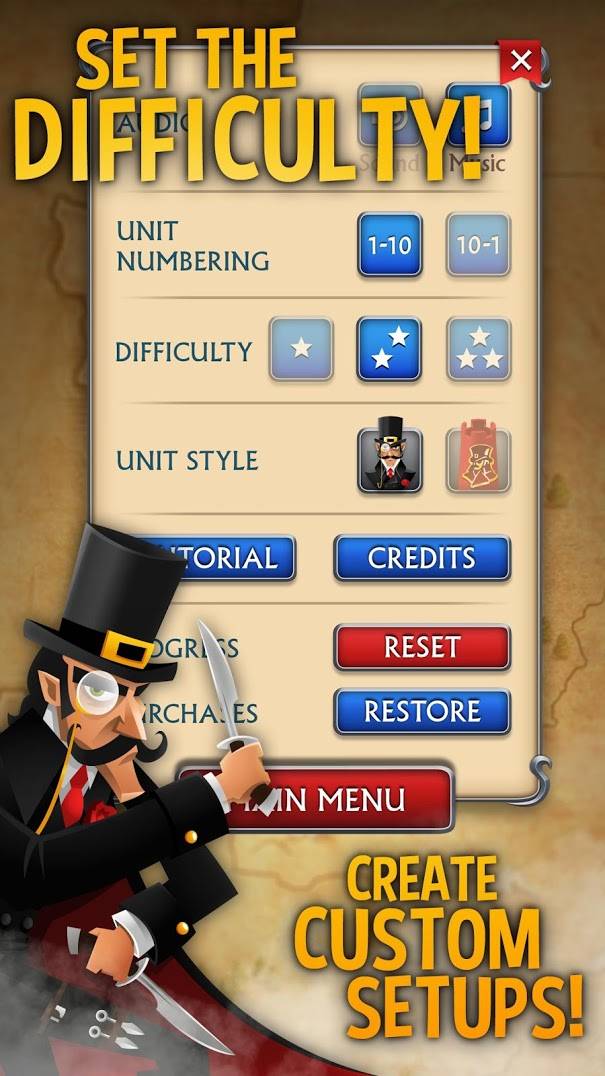 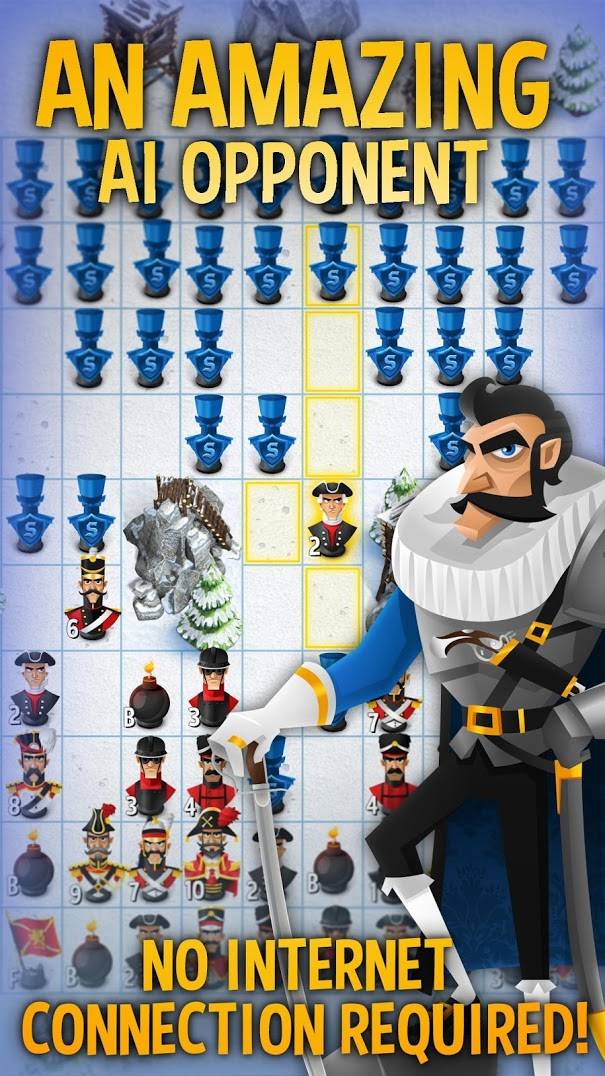 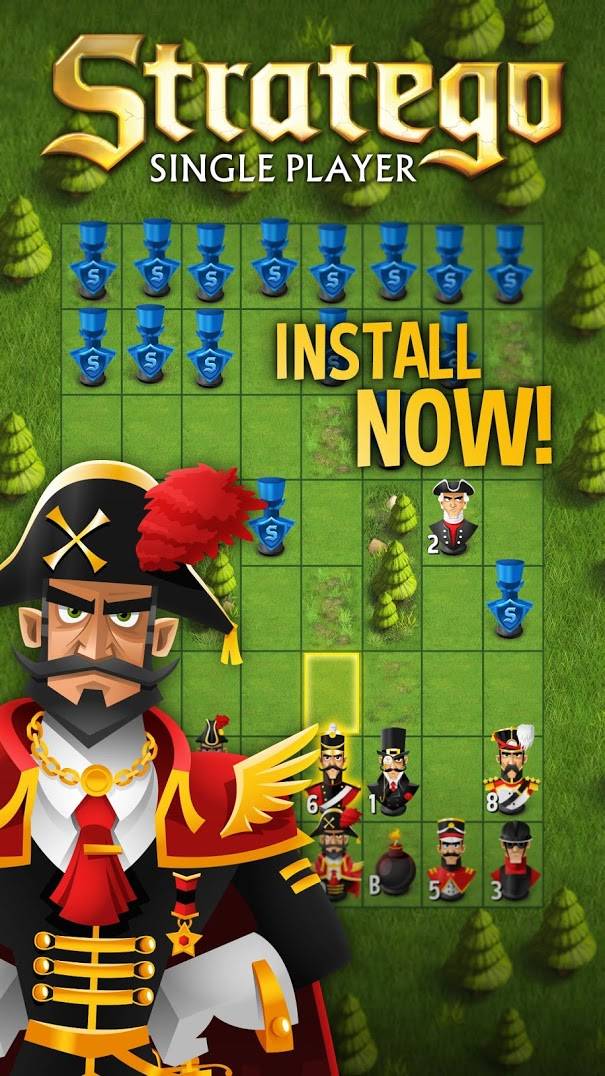 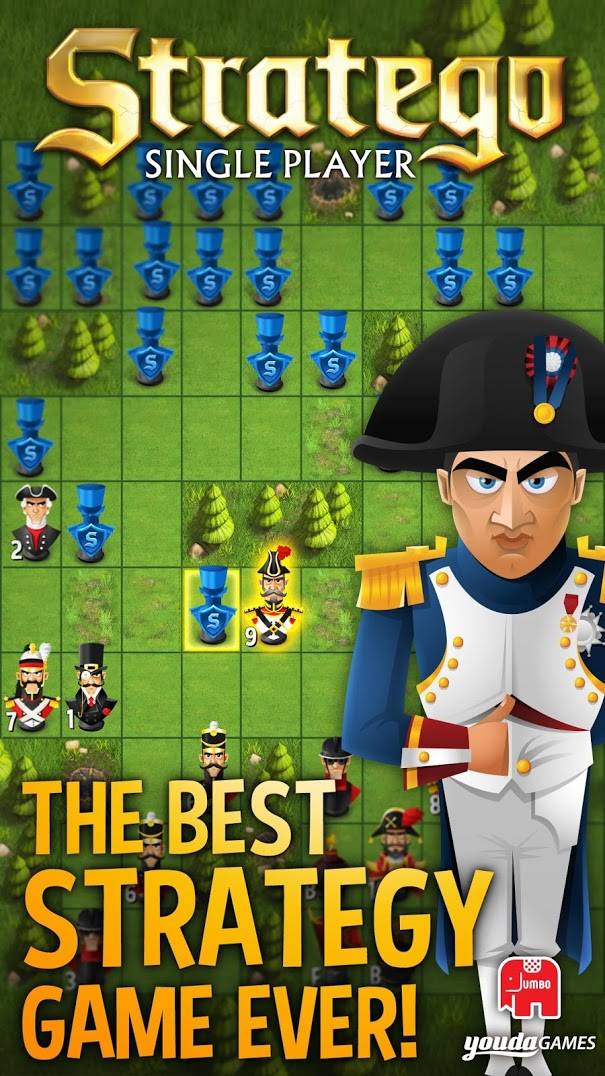