Strike Force Online – Strike Force is an interesting and exciting title of a very beautiful and well-made game with professional and console-like designs by the Russian studio Oppana Games in FPS action style and modeled on similar games such as MaskGun , Danger Close , Modern Ops , Guns of Boom and other games are offered in the same style. Usroid has also prepared it for the first time in Iran and at the same time with the release of the final version of this game on Google Play, and has prepared shooting for you dear ones and fans of first-person online games. Oppana Games Studio for creating and publishing nearly 100 games in the style of driving simulator such as games such as Luxury Parking and Car Simulator 2Has become one of the largest game developers in this genre. In addition to these games, there are several other genres, one of which is Strike Force Online. In the strike force game, just like the similar games we mentioned, you will go to online and very action competitions, in which you will have to go to battle with other online players with different weapons in team and individual competitions. Although this game is very similar in structure and design to many similar games in the style of war action, but the proprietary optimizations of Oppana Games can not be ignored. The overall design of this game is very attractive and fun and is for professional level players. This game is produced with a dynamic gameplay. This gameplay brings a unique experience and something like console games for players.

In Strike Force OnlineYou can choose from 3 main classes of soldiers. Engineers, Troopers and Snipers, which you can choose according to your style and personal interests. For example, if you are looking for heavy weapons such as shotguns, you should select Engineer soldiers, or if you are looking for attack, use Trooper soldiers. Finally, if you are interested in sniping, you can select the Sniper category and shoot at enemies from a distance. This game has different and fun sections and modes, such as Death Match or Bomb team competitions. Strike Force Online game controls are also well designed. You can move the player image to different places with the help of the virtual pad on the left. With the help of the buttons on the right, you can also use various items such as shooting, reloading, sitting or getting up, jumping or throwing sub-items such as grenades. At the bottom of the image, you can also change your weapon from the main weapon to the secondary weapon (Colt). You can buy weapons or upgrade weapons by earning points. In the following, it is possible to download the latest update of this game along with its modded version (unlimited ammunition) fromUsroid is provided.

Important points about the game:

– The game is completely online and you need to change the IP to run it.
– Users are responsible for using the modded version (in case of being blocked).
– Since the game is in the initial release stage, the game servers may be empty of players.
– If your ping is too high, you will be out of the game. So use high-speed server IPs close to your location. 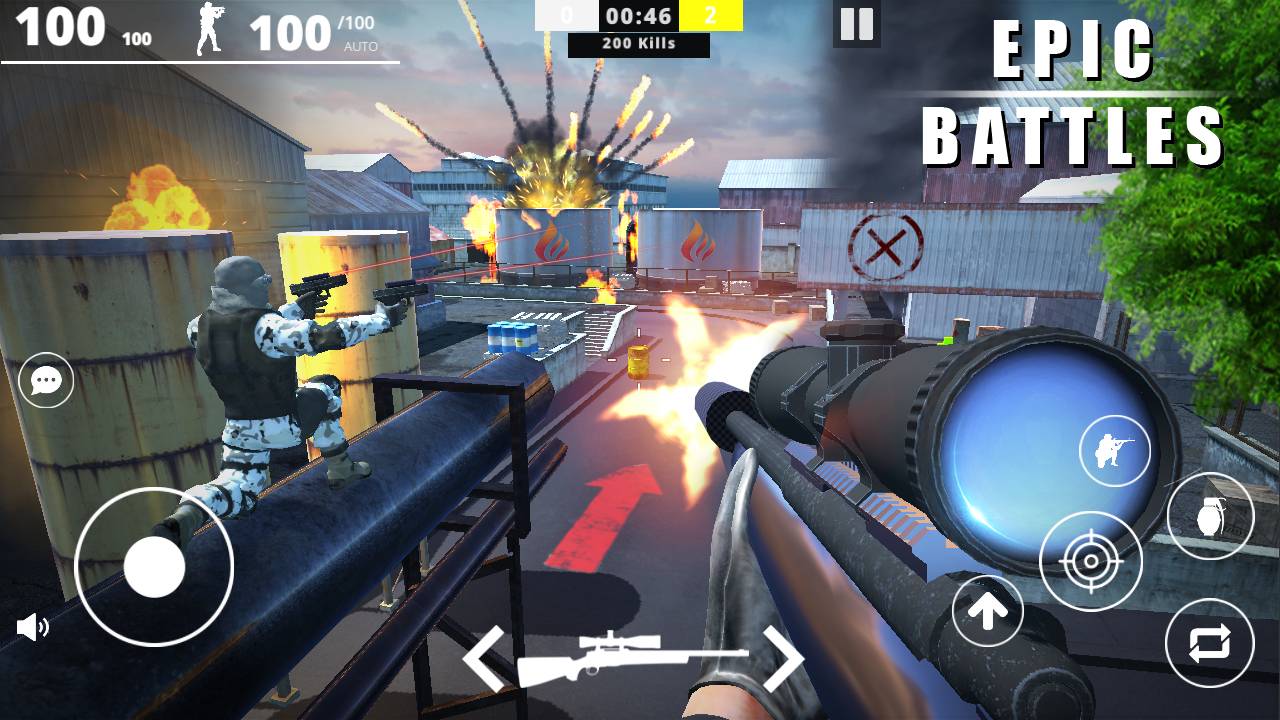 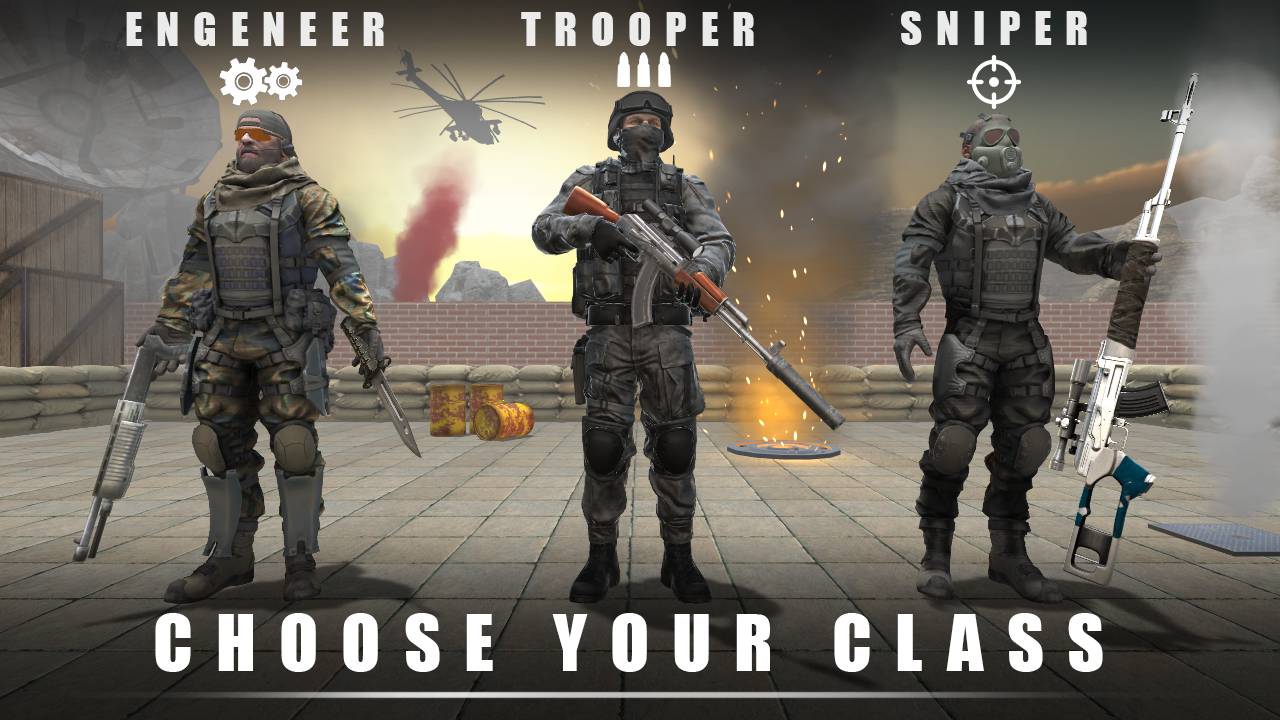 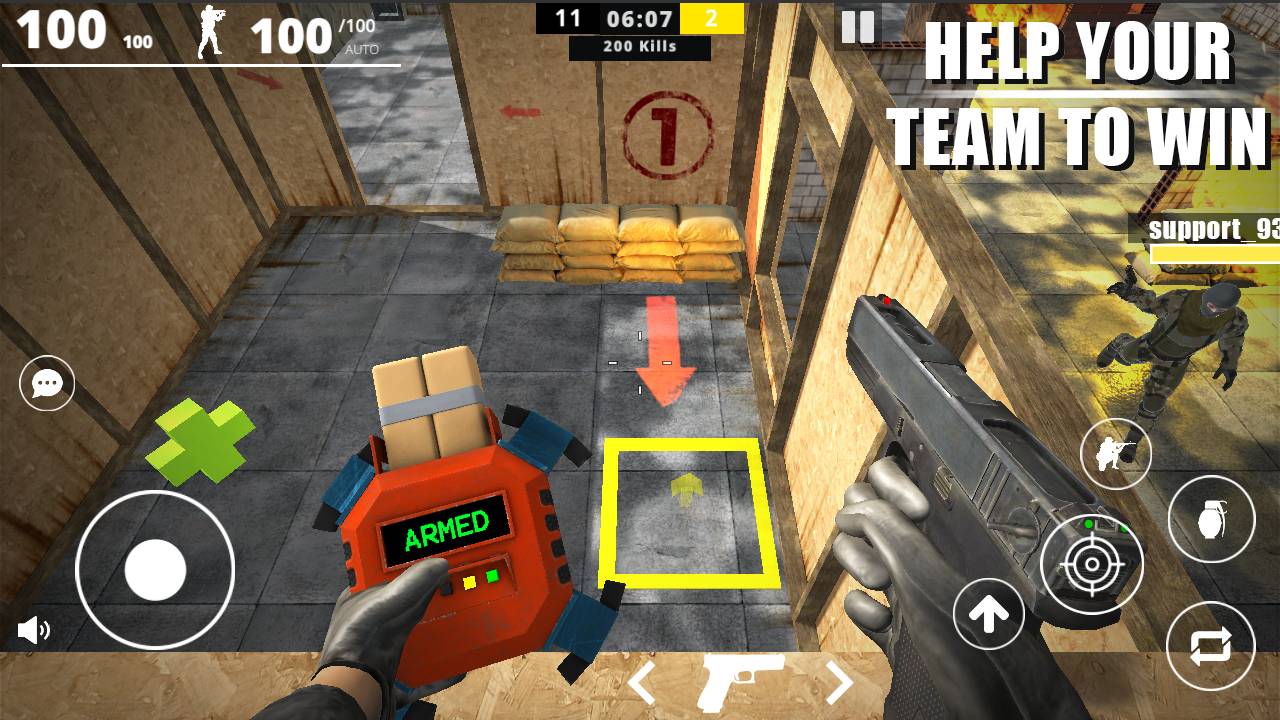 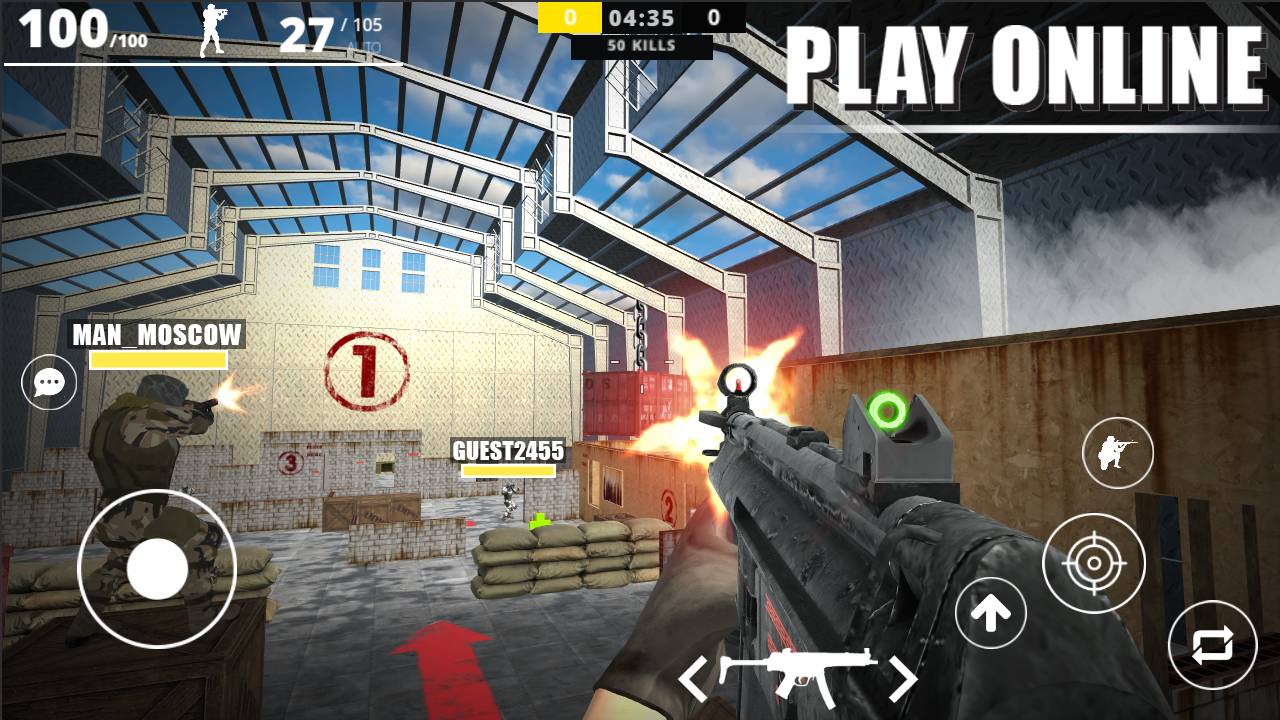