SWAT and Zombies – The group of blows and zombies is the first game in the series of the same name, which is presented in the style of arcade with action and strategic elements. This game is from the Korean studio Manodio Co., Ltd. Released for free with in-app payment capability and made available to users around the world on Google Play. Usroid at the same time with the release of the new version of this game, at your requestFriends have prepared and reviewed the original and modded version of this game and provided it to you as soon as it is ready so that you can download it very easily and quickly from the site’s high-speed servers and have an exciting and fantasy game. Experience arcade style. SWAT and Zombies – Defense & Battle game was so well made and attractive that it made the creator of this game go to make the second season. In another article from Usroid site , we introduced the second part of the game called SWAT and Zombies Season 2 to you friends, which you can refer to the desired article by clicking on its name, and download that game for free along with the mod version. Download it from the site. In terms of graphics, gameplay style and overall content, these two games are no different at all. But the main difference is in the story and the stages.

In SWAT and Zombies – Defense & Battle, you play the role of the leader of a SWAT team that tries to bring hope back to human life in a world destroyed by green zombies. The group failed miserably in their first action against the zombies, causing the same amount of human hope to be almost dashed. But the leader of this group means that you do not accept defeat and once again you have returned with a stronger will and together with a professional and dedicated team, you have decided to end the era of zombies! The main style of the game as well as the graphics and modeling of SWAT and Zombies – Defense & Battle are entirely from the Plants vs. ZombiesCopied. However, the attractive features, items and features that exist in this game make it possible to say that SWAT and Zombies – Defense & Battle is a unique game. The main style of the game is defensive style and you should not allow them to cross the border of your forces by covering the lines of movement of the enemies. That’s why you need to manage your defenses strategically. You can use a variety of weapons and equipment against the zombies and by upgrading them, get ready to face the big and giant zombies! This attractive and beautiful game is now ready to download from Usroid servers in a tested form . You can take a look at the screenshots or video trailer before downloading the game. It is worth mentioning that SWAT and Zombies – Defense & Battle game has more than 10 million downloads on Google Play and has wonThe score is also 4.3 out of 5.0 . 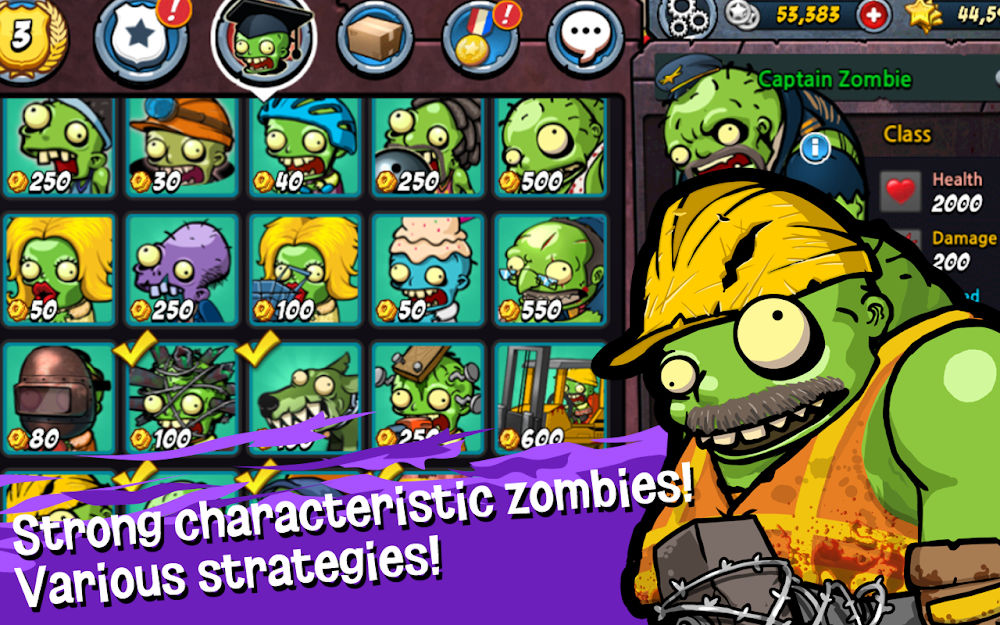 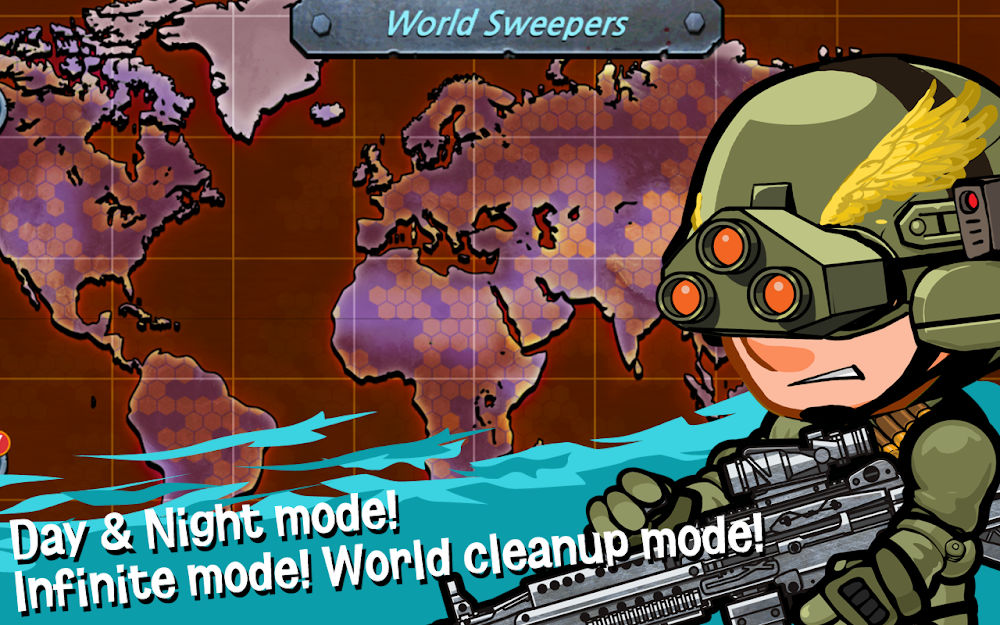 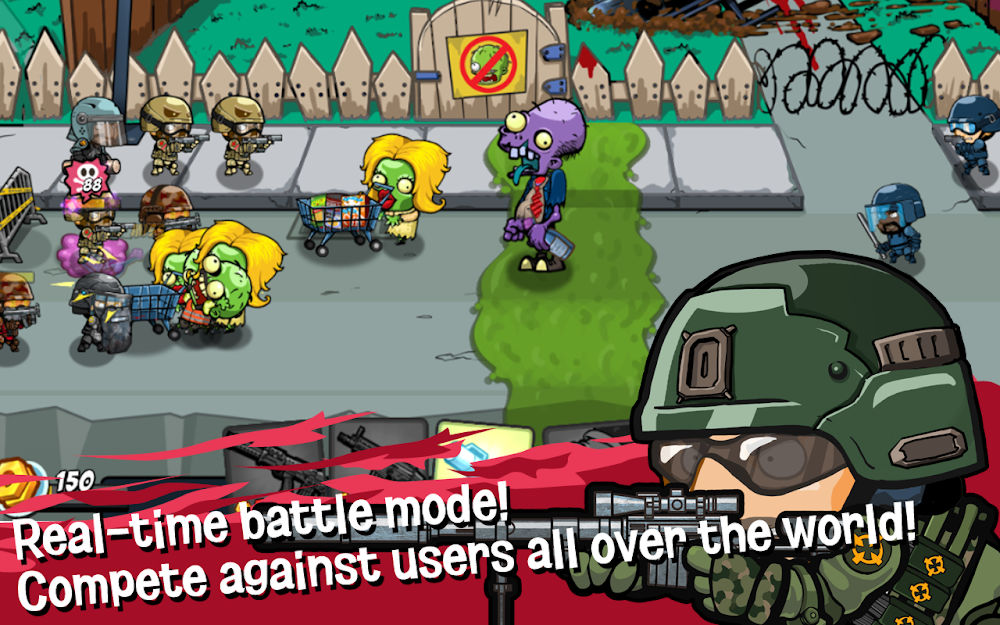 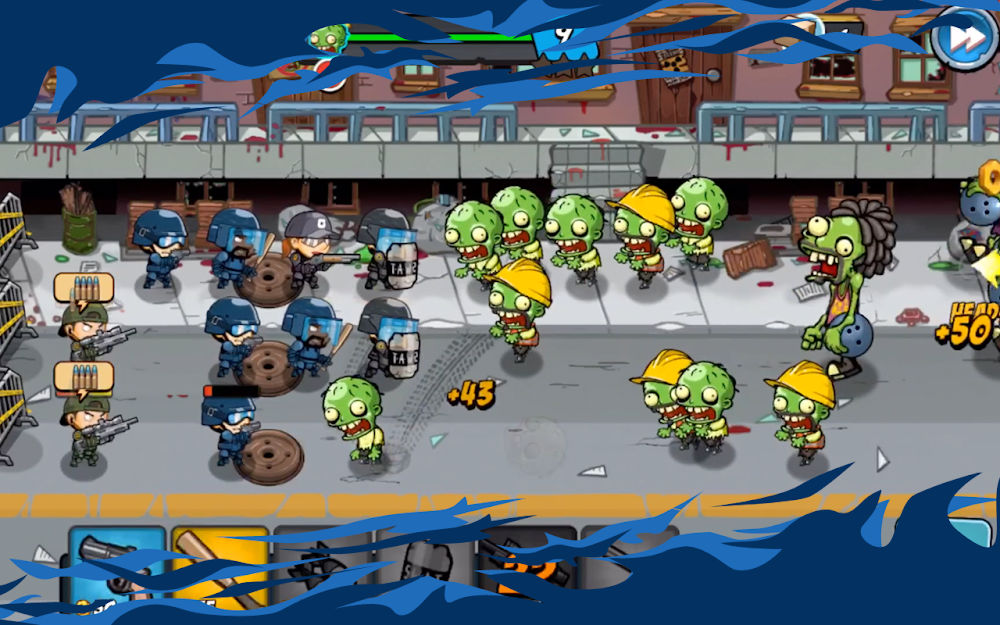 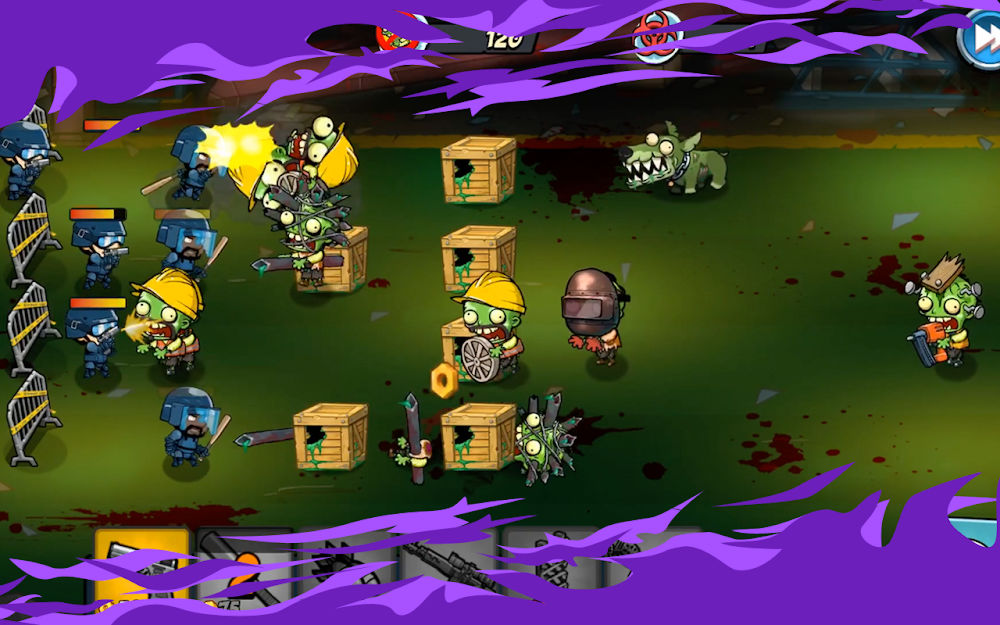 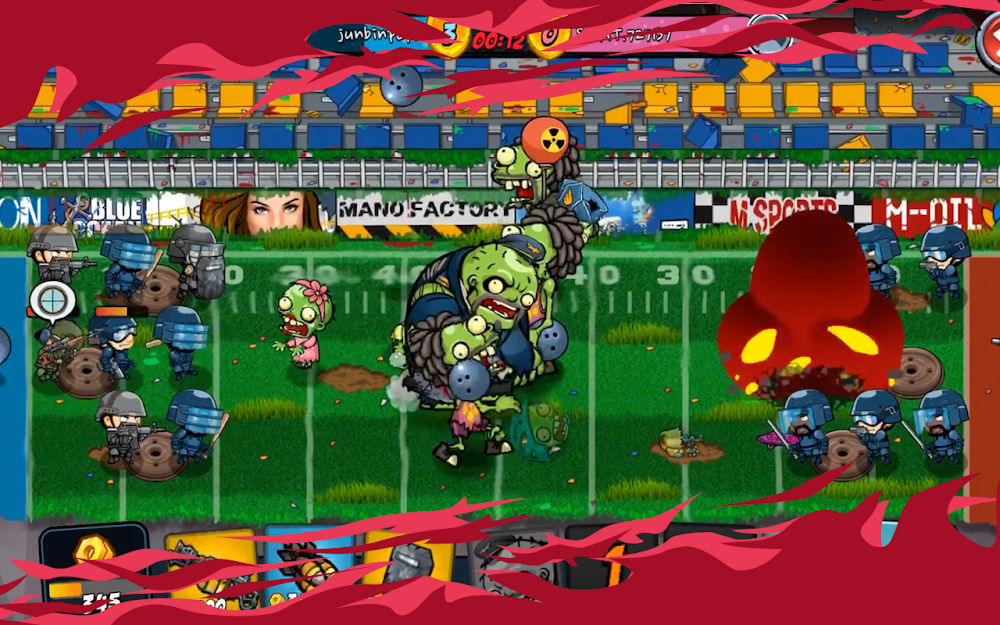 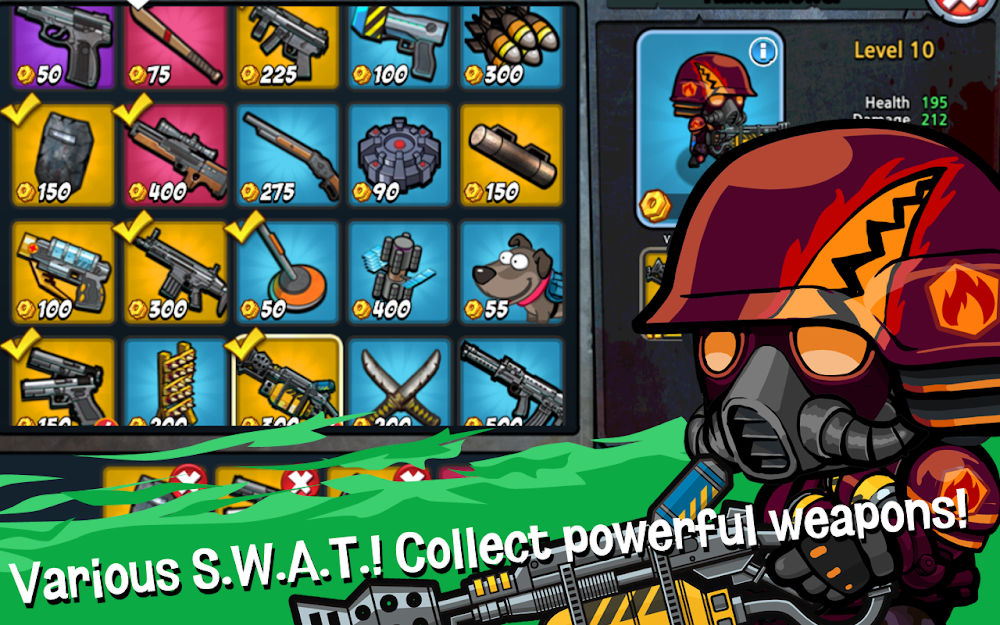