Synthwave RunIt’s the title of an arcade-style game developed by That Friendly Dev game development studio for Android devices. It is safe to say that the first fascinating game in the runner style was Temple Run, which gained a lot of fans and quickly developed among mobile games and took first place in the world rankings. After the release of this title, other game development studios launched similar games, and the upcoming game, Synthwave Run, is one of these games. The game uses the Temple Run formula, but at the same time, it has more characters, a completely different design, and generally more different mechanisms and gameplay. Unlike the endless Temple Run mode, this game is built in a step-by-step mode and gives you 10 life to start with. If you make a mistake, you will lose your life and you will have to start the game all over again. do. Each stage has different obstacles and missions that you have to perform missions and overcome obstacles. As you may have noticed, the overall form of Synthwave Run is very similar to Temple Run, although in some cases there are new features that make it a new game, which we’ll cover below. Had. In this game, the graphic effects are completely different and the main character in a surreal world moves in a direction that is full of different curves and is presented in a new package and a different shape and image.

For example in Synthwave RunAfter crossing a wall, you suddenly notice a gap from which you have to jump twice. Or, after crossing a path, you suddenly feel that there are several paths in front of you that are not the case at all. All in all, if you are interested in runner style games, this game can be a good choice for you. Admittedly, although this game is not original and is an adaptation, at the same time the game world is very entertaining and full of fantastic twists and turns that constantly surprise you at the last moment and make you never play the game. Don’t get tired of doing it. The character of the game can also be looped and its speed can be increased, which in its own way adds to the charm of the game and conveys a sense of competitiveness to the gamer. Also, for more challenge, the difficulty level of the game is linear, and each step becomes more and more difficult. The artistic design of the game is very beautiful and decorated and uses neon colors. Although the game’s graphics at the level of mobile games are not high-end and do not reach the foot of glamorous titles, but this is not a weakness at all. The game’s soundtrack is full of unforgettable songs made by Cynthia Sizer and create an exciting atmosphere in the game. Synthwave RunGet a good score of 4.0 out of 5.0 on Google Play, and Usroid teamintends to provide this game to you dear ones in a tested and completely free way. At the end of this article, you can download the game from our servers and enjoy playing it!

Note: The original version of the game can be installed in the download package with the help of the SAI application. 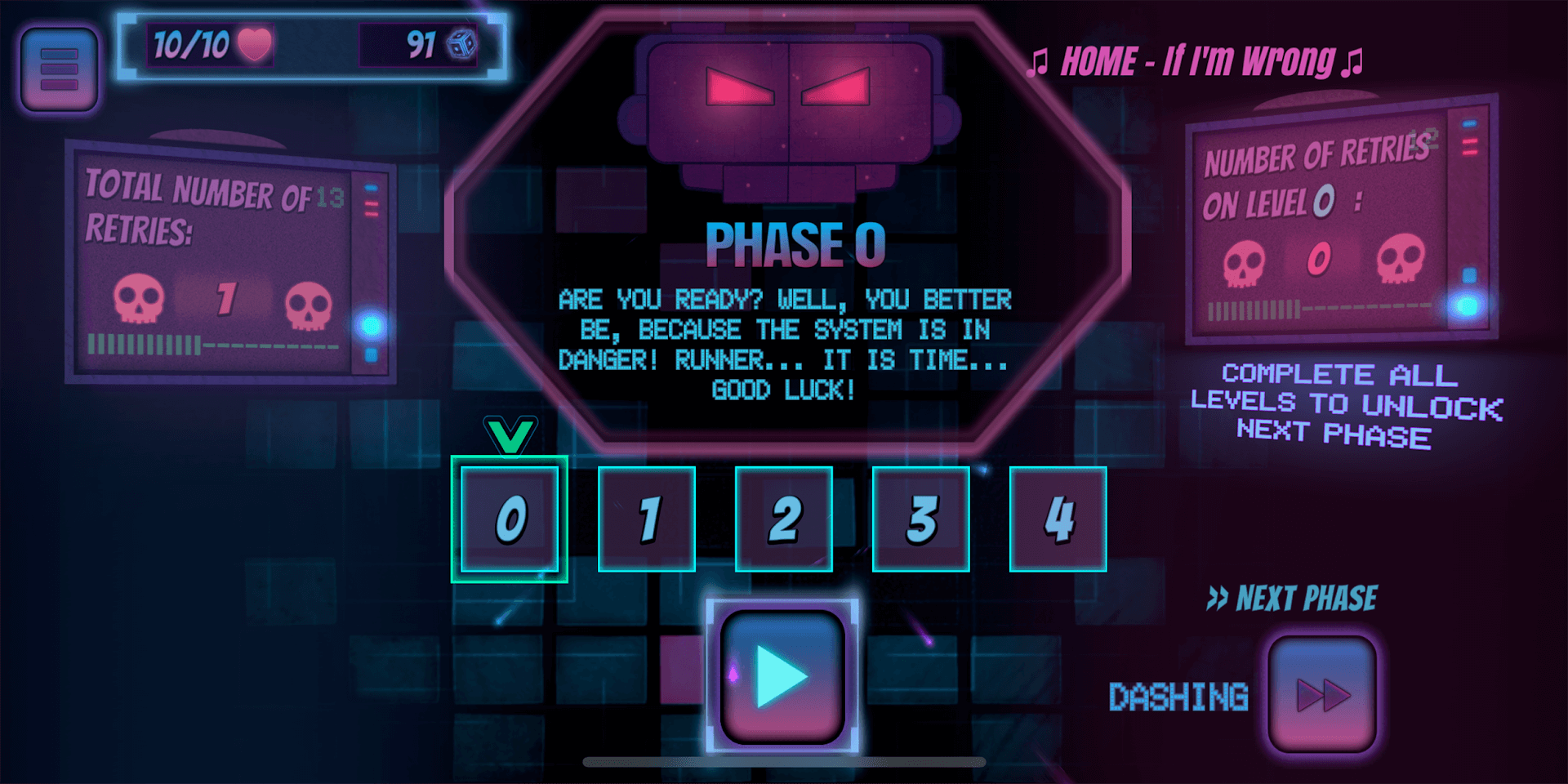 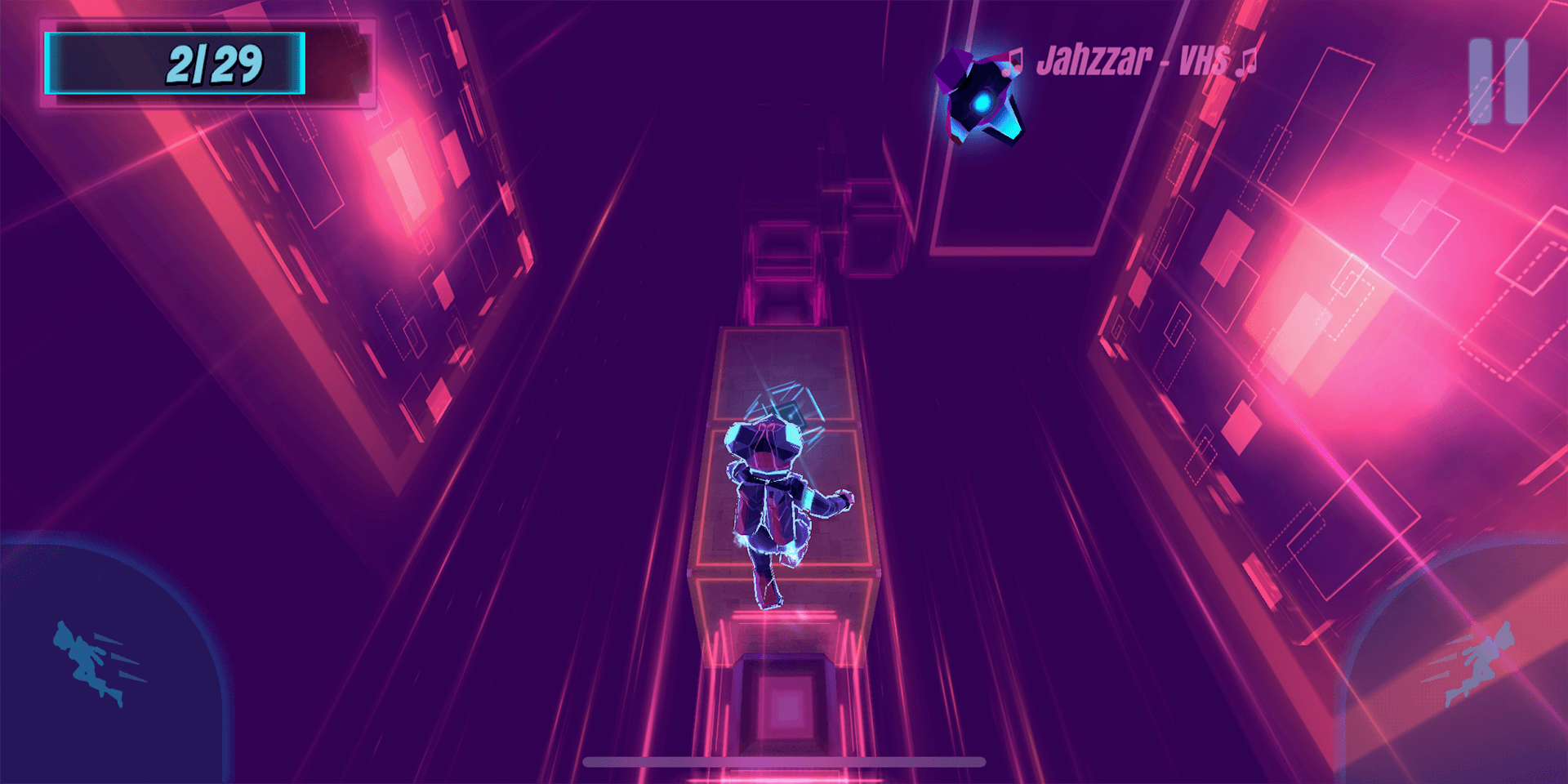 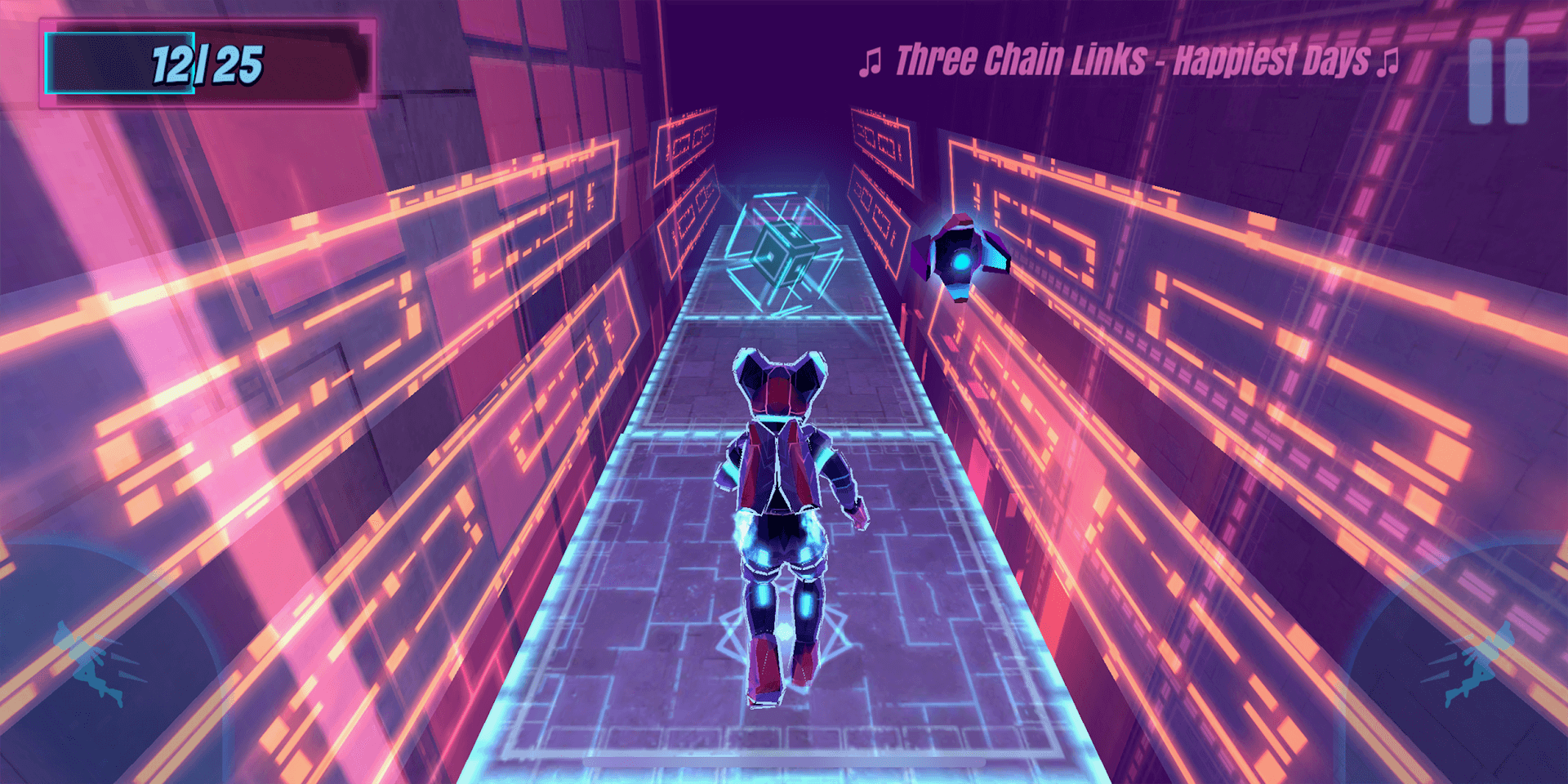 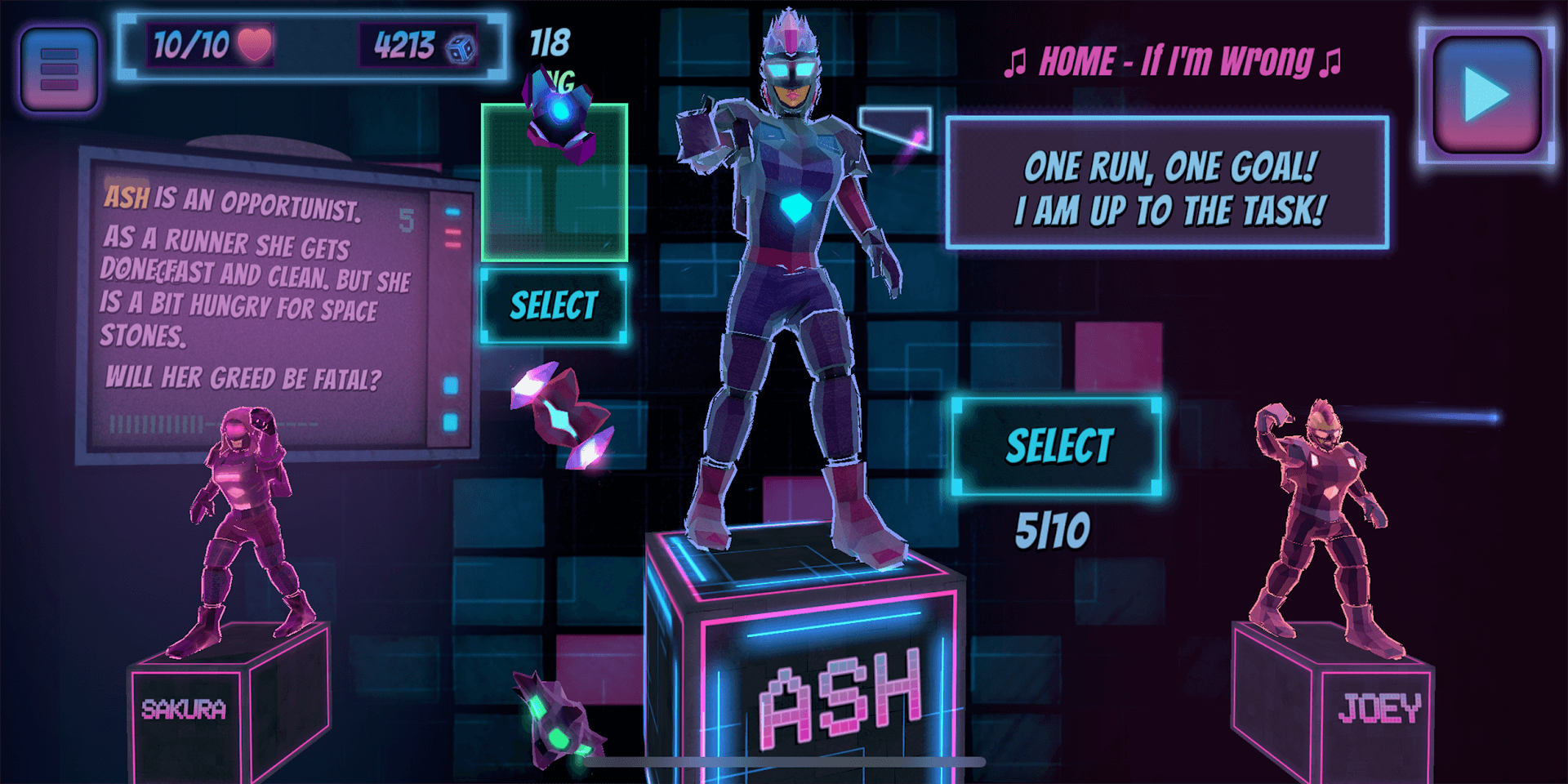 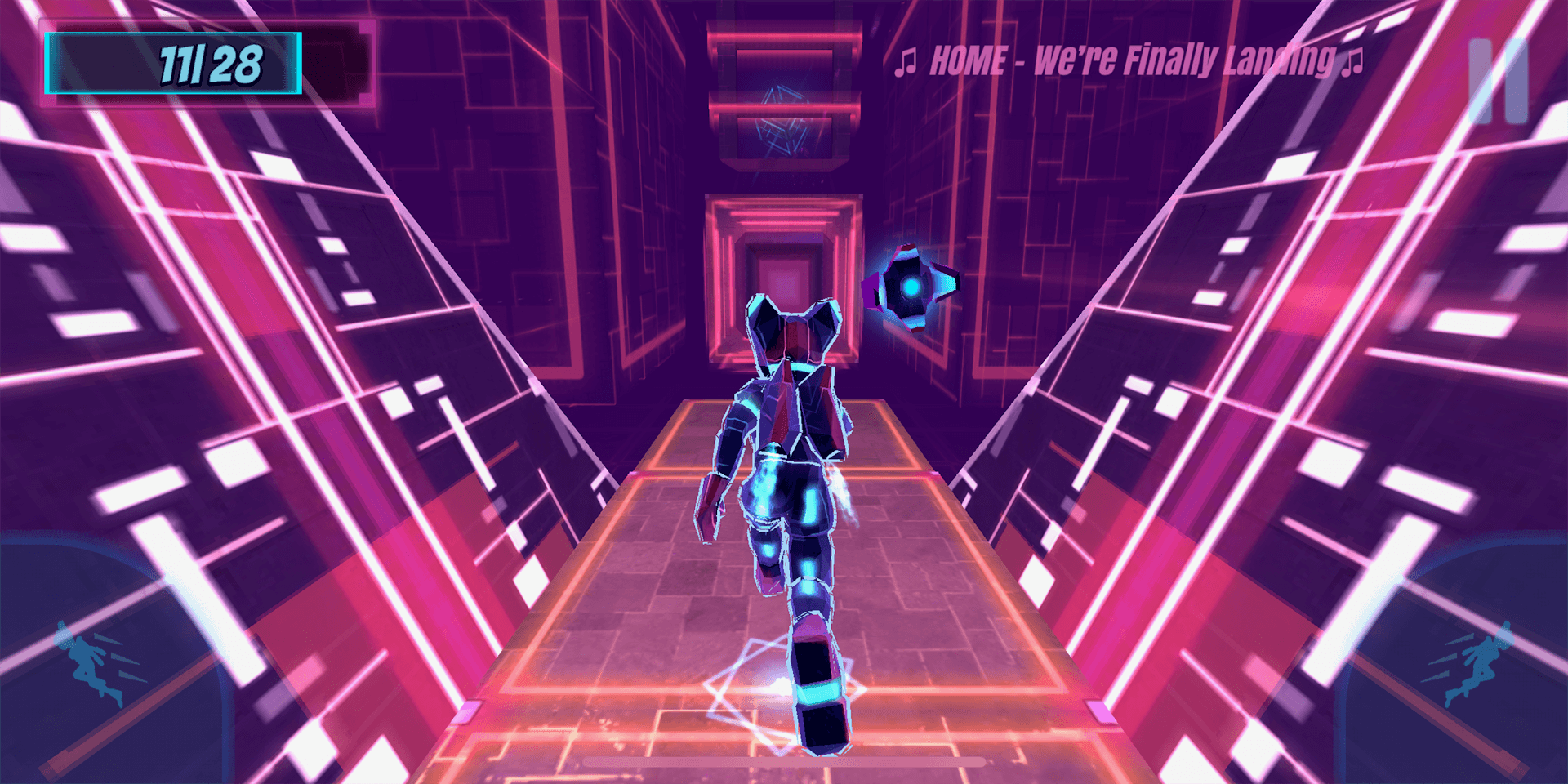