Tennis Stars – Tennis Stars is a very beautiful and attractive title in the sport style of tennis, which has been released as a free game for the Android operating system. The game is being developed by Hong Kong’s MAGIC SEVEN studio to produce works such as Cooking City , Motorcycle Rider , Zombie Crisis , Town Story – Match 3 Puzzle or Crazy for Speed series of games, all of which were previously introduced and released in Usroid. In this article, we intend to request you from Usroid siteDear ones, let us introduce another interesting and exciting game from this studio to your service. Our game is called Tennis Stars, which of course has another name, and that is Pocket Tennis League, but this game has been released on Google Play as Tennis Stars. Although the game of tennis stars is not a very graphic game and it is considered a small and minimalist title, but its gameplay and general nature are so attractive and well-made that these cases are not visible. The structure of the game is very fun and fascinating. It only takes a few moments to learn the game, and the gameplay is very easy and conceptual. But that doesn’t have to do with the ease of the game, and the game of tennis stars, in turn, can be a challenging one. In this game, you are going to participate in exciting competitions in the role of champions and professional tennis athletes.

In Tennis StarsYou can start the game as a male or female athlete and customize and customize your desired athlete with changes in appearance. This part of the game is very attractive and evolved. In addition to the original look, you can upgrade individual items such as headbands, clothes, pants, shoes and, of course, your tennis racket, and buy better models and use different colors to personalize the character you want. The game has two main parts, one of which is the fun part of the game for normal competitions, and the second part is the stage part, or Career, where you can follow the stage part of the game and in different tournaments in different parts of the world. Participate and compete for the championship. Tennis Stars has a small size and its content and details should be admired due to its volume. The experience that this game brings to the audience is a lot of fun. As you progress in the game, you can unlock various skills for your athlete and double the charm of the game with dramatic kicks! So if you are looking for a fun and exciting sports game in the field of tennis related games, don’t miss Tennis Stars and now the latest version with a modded version ofDownload Usroid . 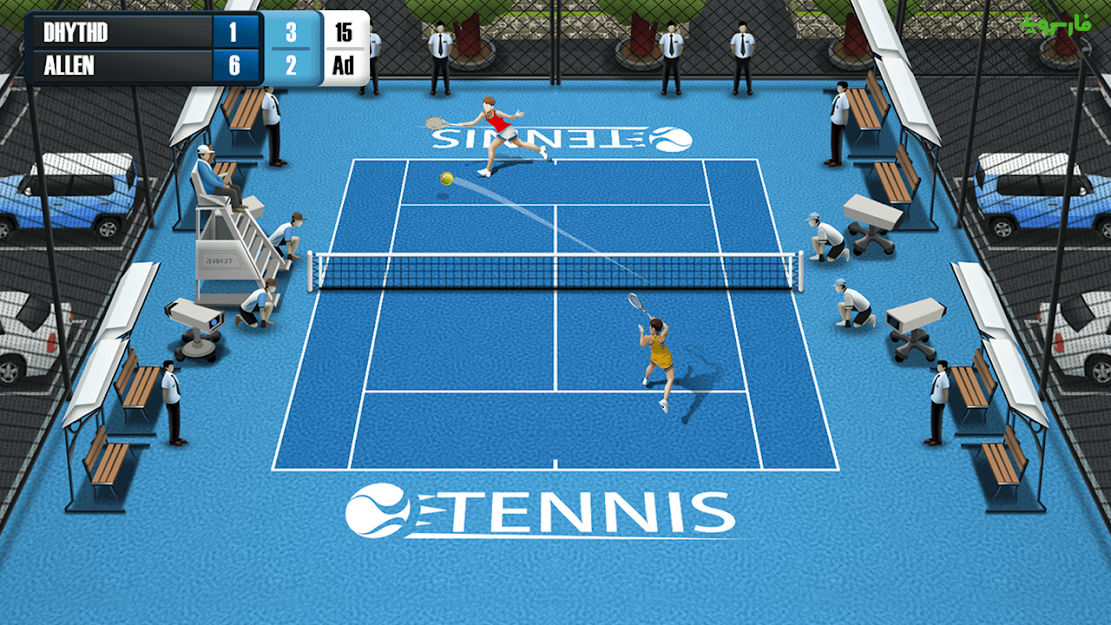 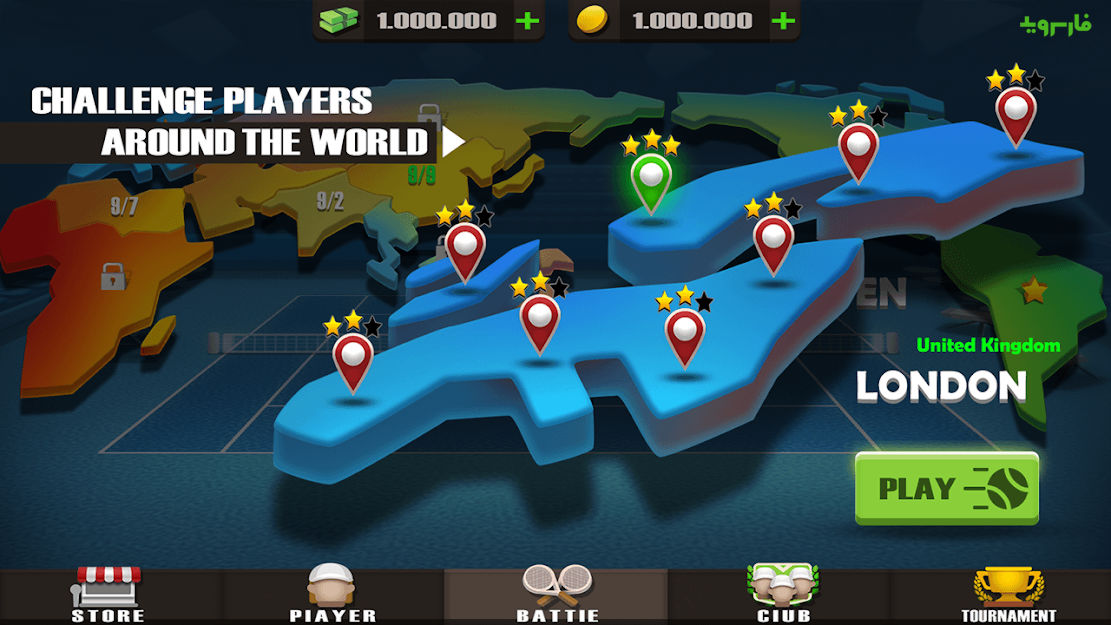 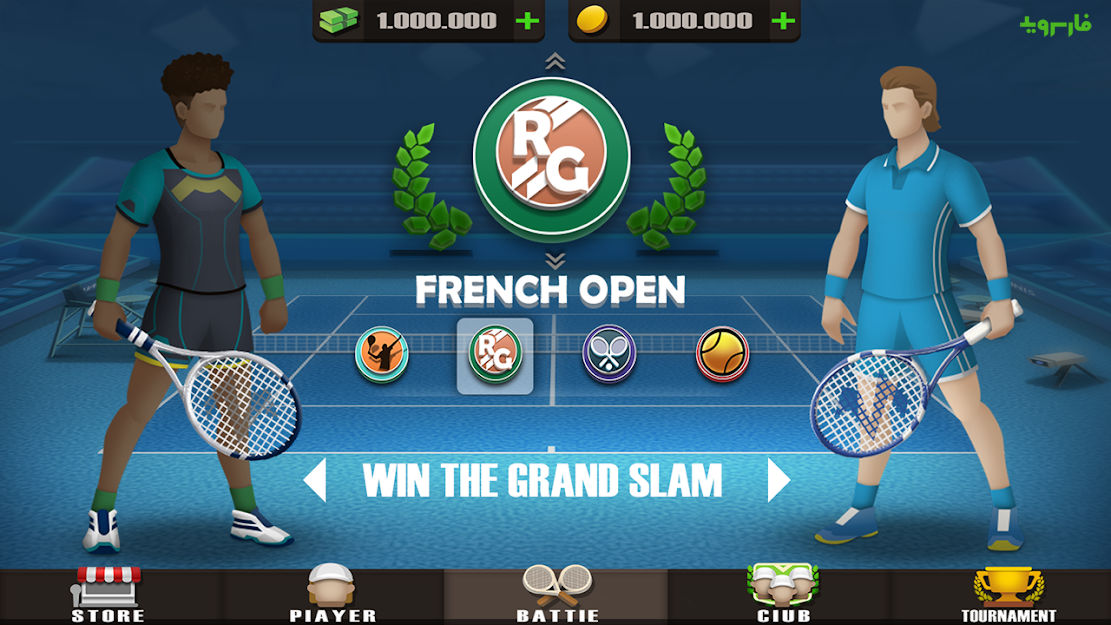 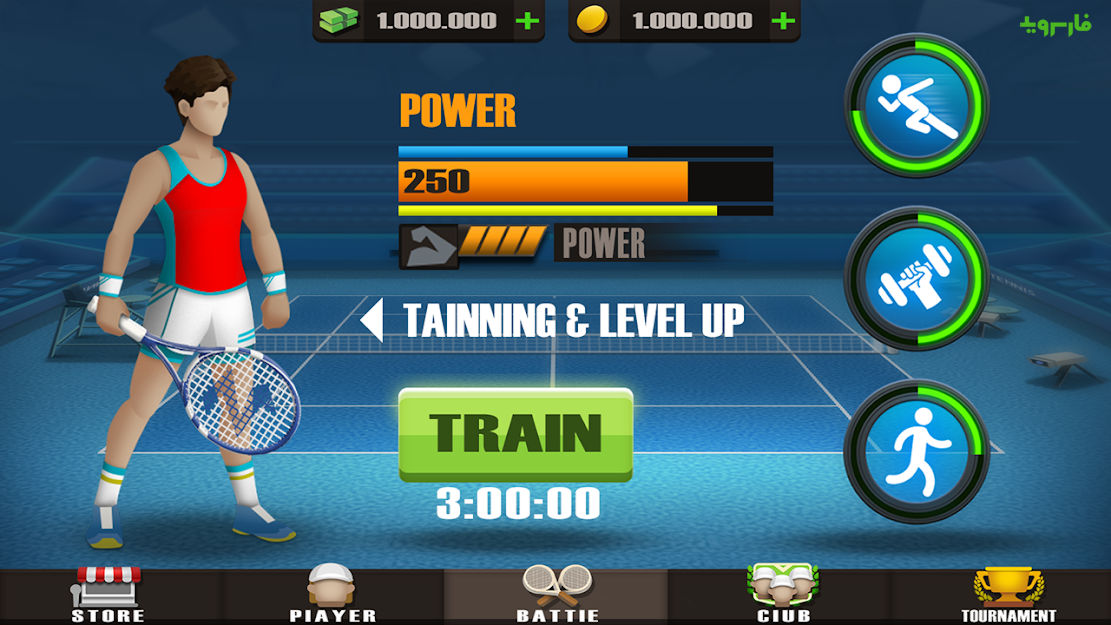 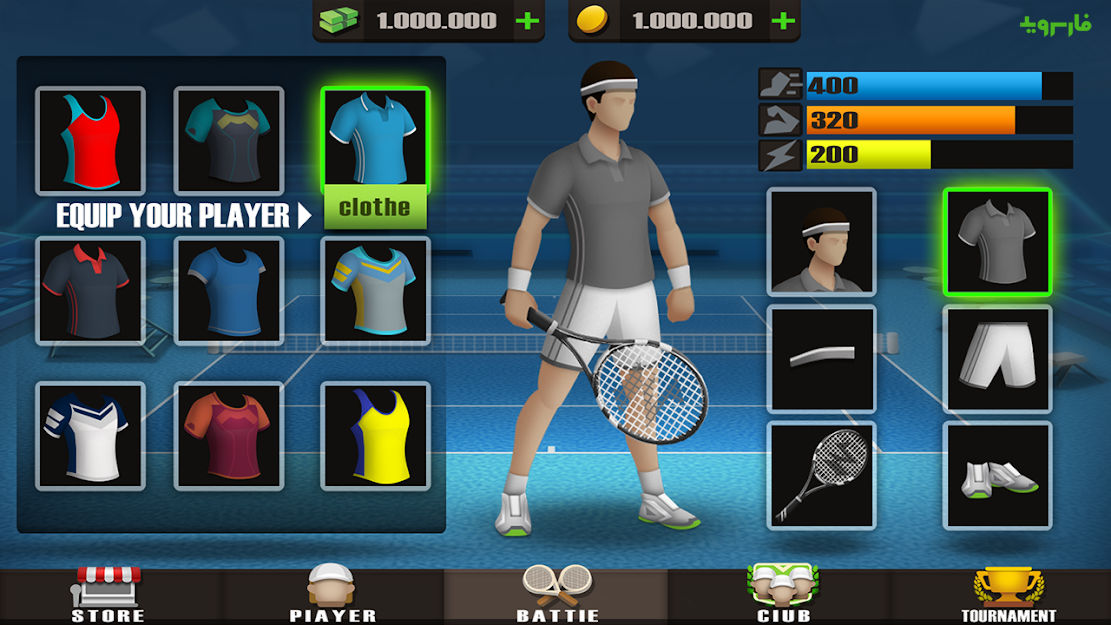 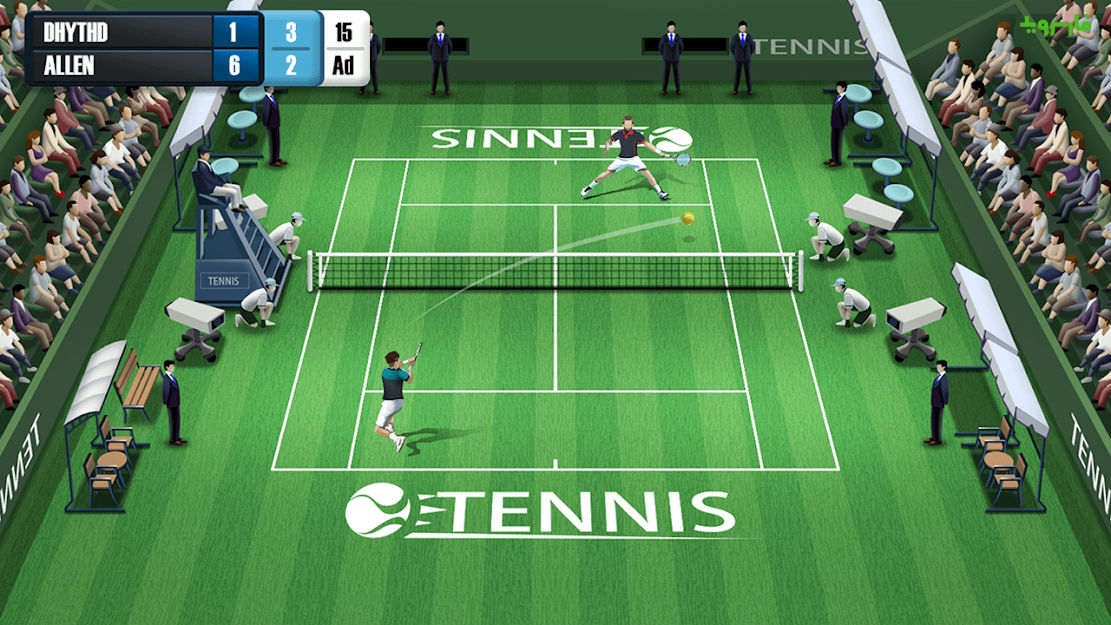