The Arcana: A Mystic Romance is a fascinating game in the style of simulation games published by Nix Hydra game studio for Android devices. This game is actually a visual novel with an enigmatic atmosphere. There are elements of magic and even romantic elements in this game and its gameplay is story based. When you enter the game, you are faced with your first choice and your adventure begins. Players must first choose their gender and choose a name to suit the main character of the game. The story of the game starts from the magical Asra store, which is one of the game’s characters. You are the main character in the role of Asra trainee. Asra leaves the store for unknown reasons and travels and does not tell you where to go. After a short time you meet Nadia who is a lady of Kent and you realize that her hand of destiny has guided you. He dreams that you are getting a tarot for him and now he has come to your store to invite you to the palace. After Nadia leaves the store, a man named Julian, who is a doctor, enters the store and looks for Asra. He tells you that Asra is a dangerous person and you should inform him as soon as he returns from the trip. The next morning, your story begins in the palace of Lady Kent, but on the way you meet a strange man who calls himself Muriel. He tells you that there is a great danger lurking in you and in the future you will meet someone who wants to give you something but you should not accept it because if you accept it you will be trapped. Then you meet Portia, who is Nadia Nadima and helps you enter the palace. There you meet Nadia for a dinner party and she tells you the story of her husband’s murder. His wife, Kenneth Lucio, held glorious masquerade banquets, but was killed and burned alive at the last banquet. Her killer has never been arrested but now Nadia asks you to help her find her husband’s killer!

The gameplay and storyline of The Arcana: A Mystic Romance is admirable. In addition to the game story, you can fall in love with one of the characters and follow a romantic path. Each of the characters has their own motivations and backgrounds that are often full of mystery and riddle. As mentioned earlier, this game is story-driven, but the strength of the game is in the visual design of the novel. Unlike most European and American fantasy game stories, the novel of this game has an Arabic style and its artistic designs are very beautiful. The puzzle of the game is revealed after 22 episodes, which represents the Major Arcana card game. The game’s graphics are very interesting and attention has been paid to details in the design of the characters. The choice of colors such as purple, green, pink, and gold inspires an enigmatic and magical atmosphere and brings the experience of a unique game with an atomic theme and astrology to the players. The Arcana: A Mystic Romance is one of the most popular games, which with more than one million installations has been able to get an excellent score of 4.6 out of 5.0 on Google Play, and the Usroid team has tested this game for you and it is completely free for you. Loved ones put. At the end of this article, you can see screenshots related to the gameplay to get more acquainted with this game and download it from our servers if you wish. I hope you enjoy this game! 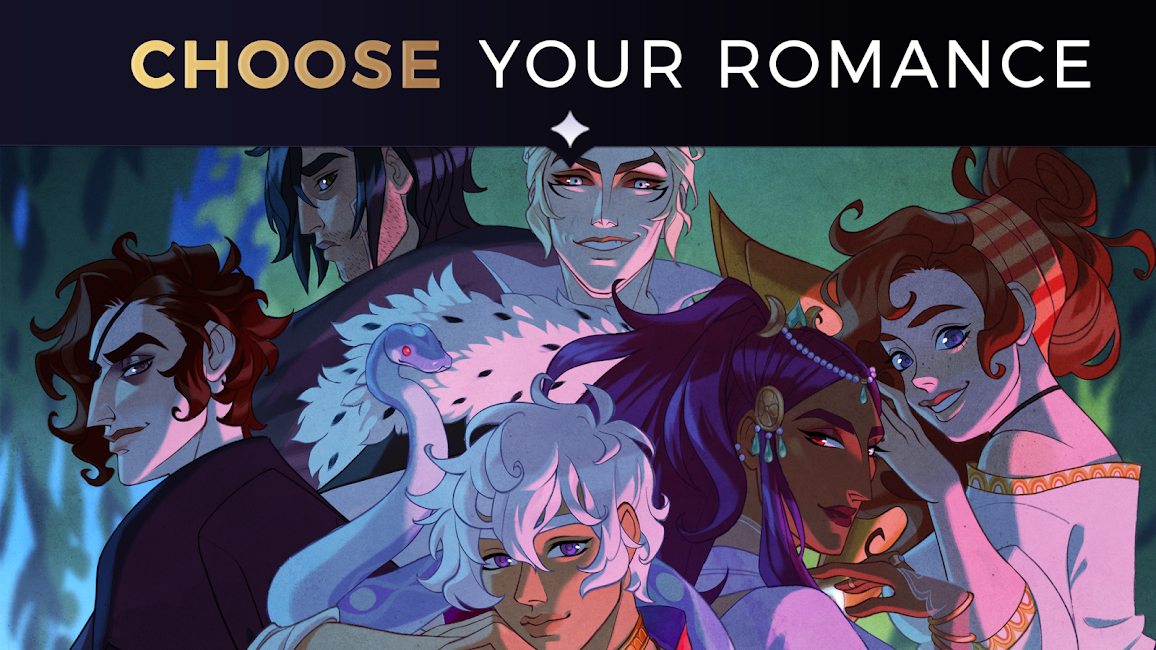 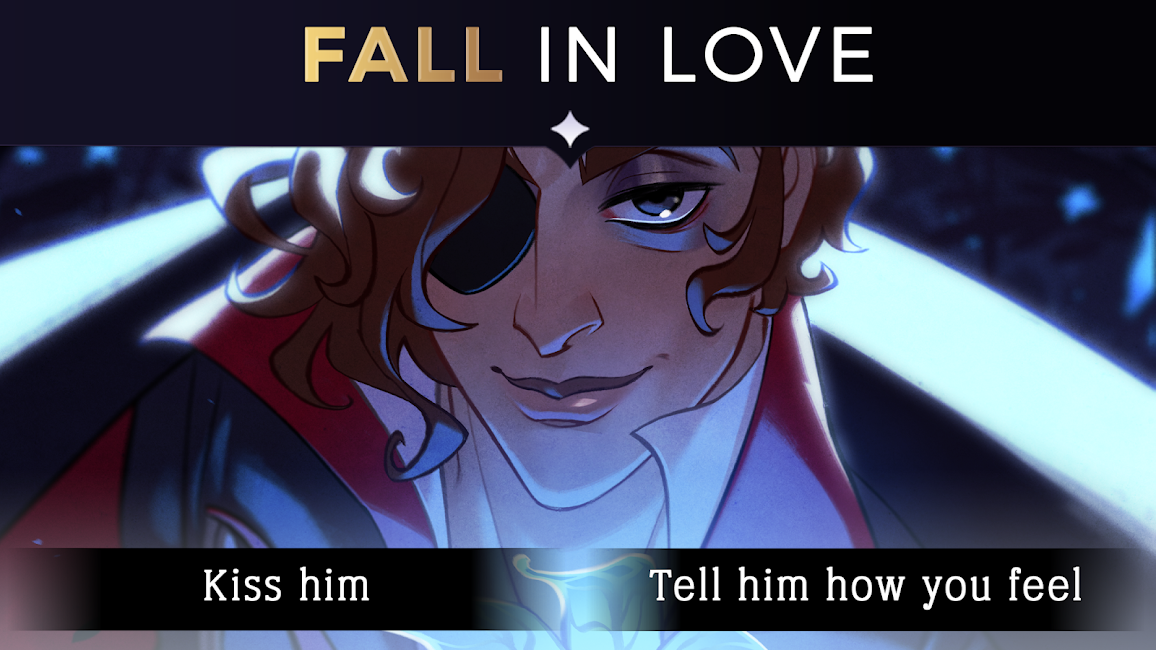 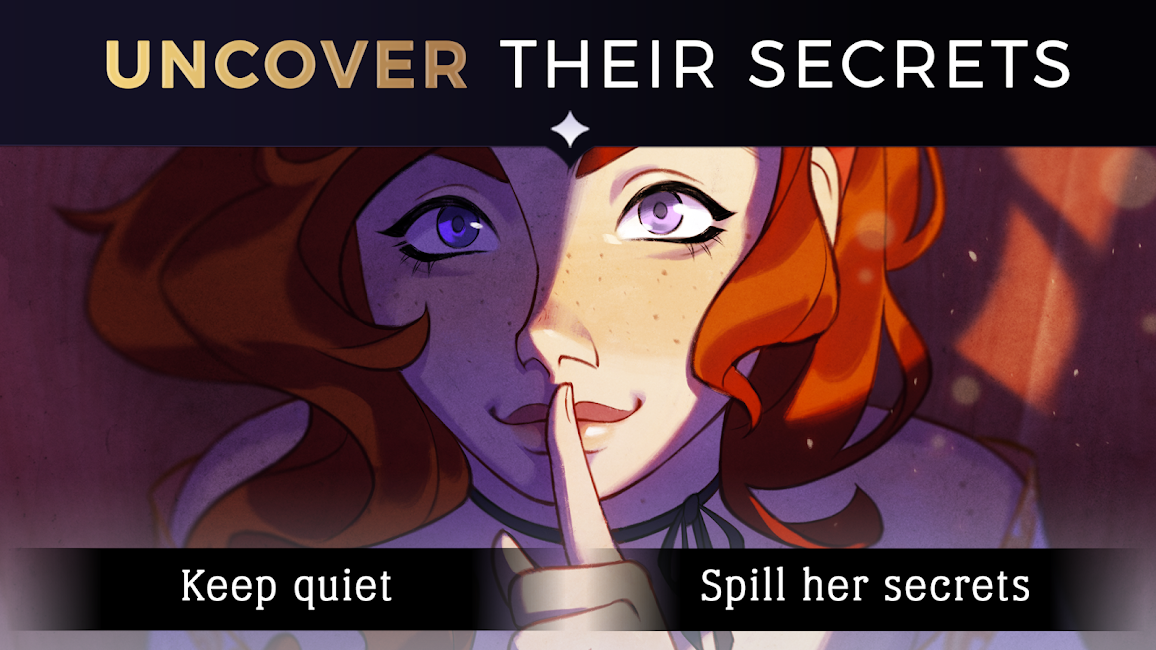 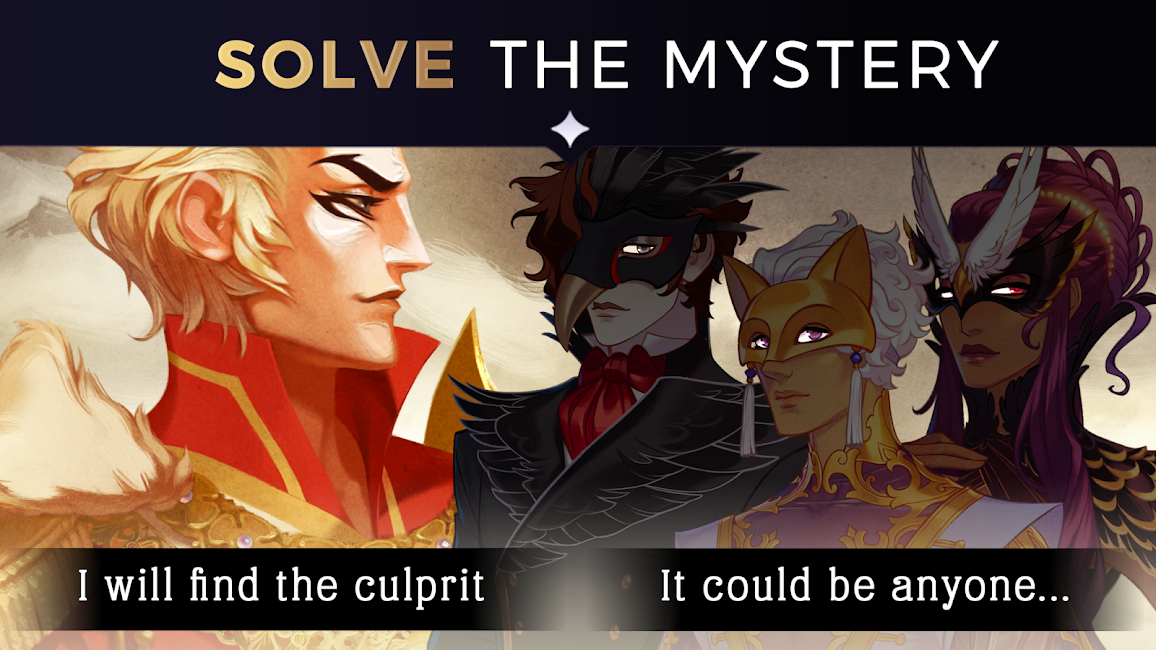 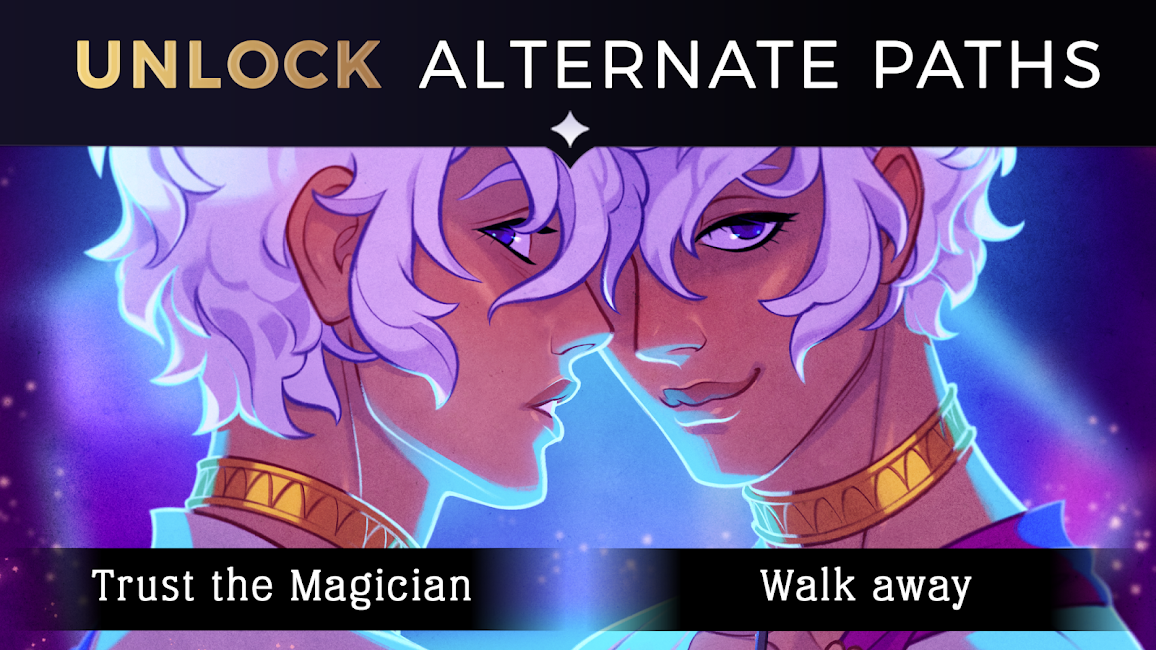 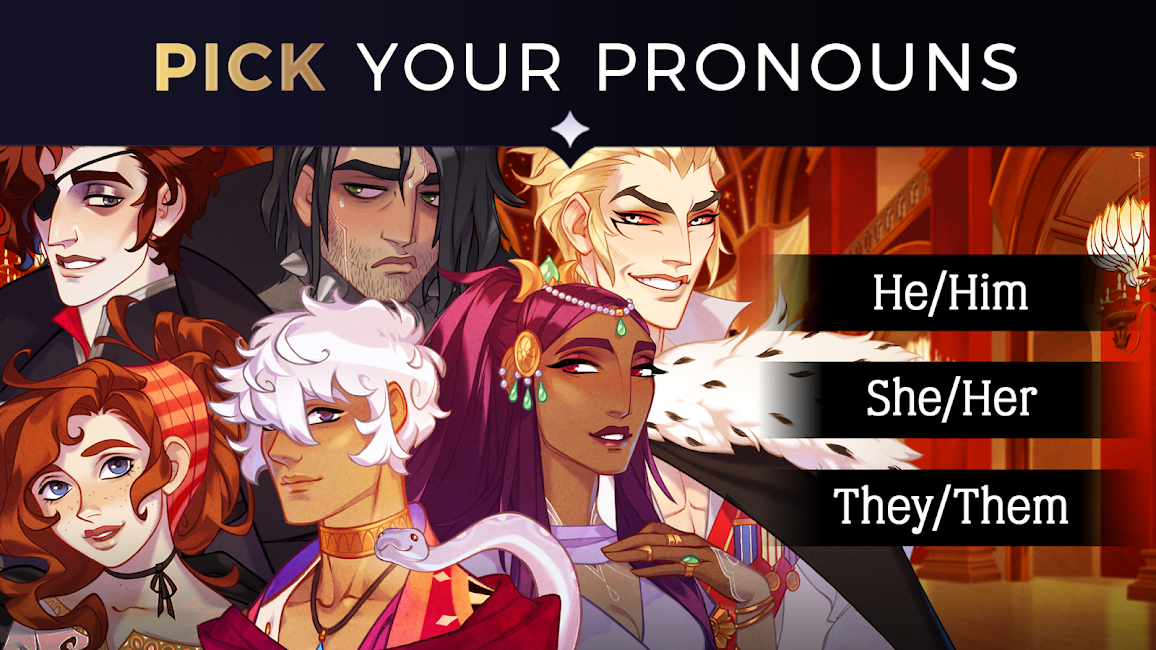 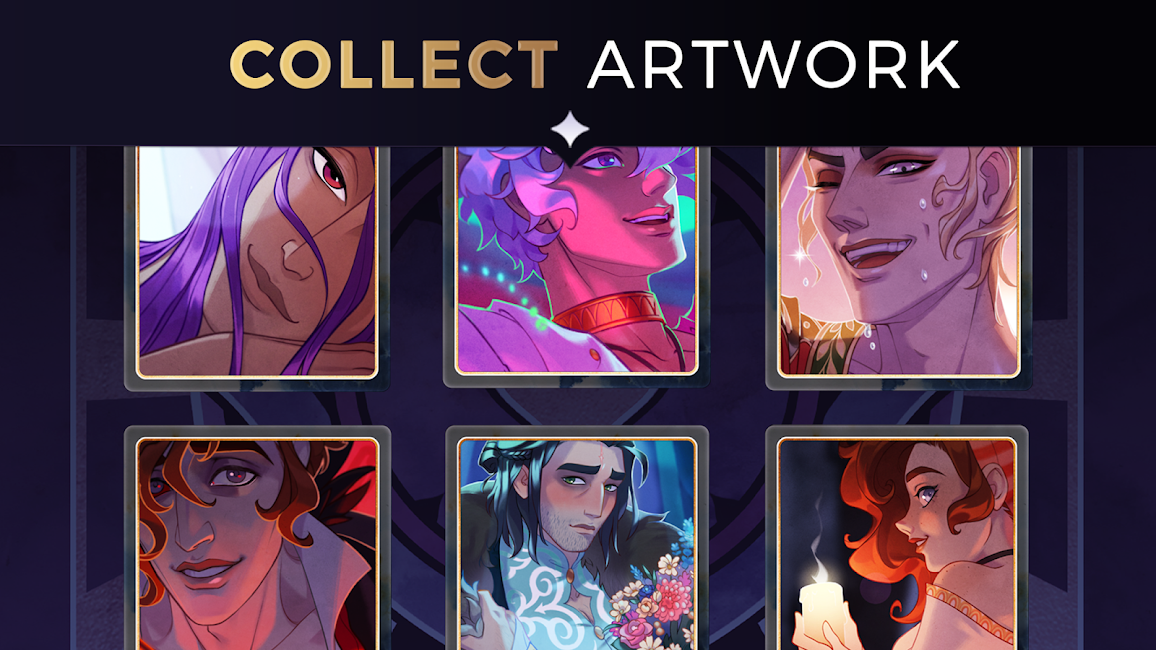 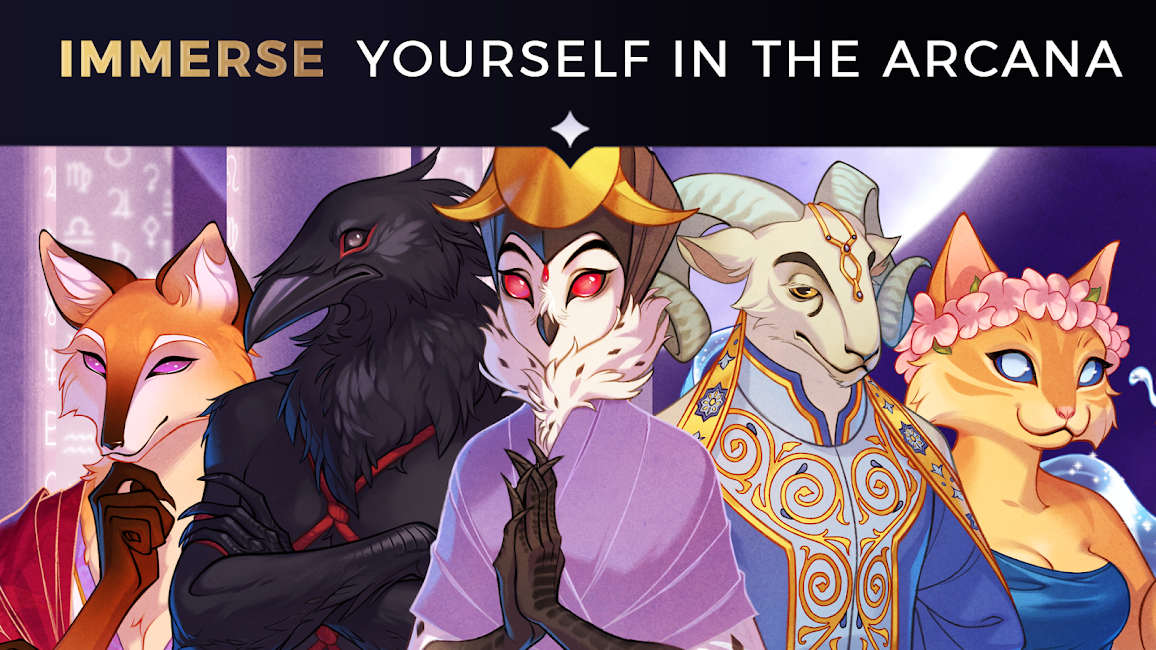