The Fishercat – Fisherman’s CatThe name of a very entertaining and beautiful game in the style of Casual games, which is produced by LoadComplete Studios in South Korea and has been released for free for Android tablets and mobile phones on Google Play. The whole game can be described in a very simple sentence. In this game, you play the role of a cat that goes deep into the sea for fishing! He travels to the depths of the sea in an oxygen hat, holding fishing tools and equipment, including large fishing spears, and hunting all kinds of fish and aquatic animals. Of course, not all games are summarized in this section. The creators have tried to make the cat cat game more uniform by designing more parts. For example, there is a section for personalizing the game in The Fishercat where players can have fun building, managing and designing aquarium decor. In The Fishercat, you live with your friends on an island and occasionally go fishing. You can use various tools such as spears or fishing nets to catch fish. To throw a spear, just aim and hit the shot button to throw the spear at your target. Also, during the game, the fisherman cat will show you all kinds of fish and various points.

Some features of The Fishercat Android game:

The Fishercat is a record-breaking and fun recreational game where you can compete with your friends and set a better record. Catfish is known as the sixth official game of LoadComplete. This beautiful and fun game has been downloaded more than millions of times by Android users in different parts of the world. This game has become one of the most popular games in this genre with an excellent score of 4.6 out of 5.0 . As always, you can easily and quickly download the regular or modded version of this game for free from Usroid’s high-speed servers and help this funny cat hunt all kinds of sea fish. You can also get to know the style and context and its type better by watching the game trailer. 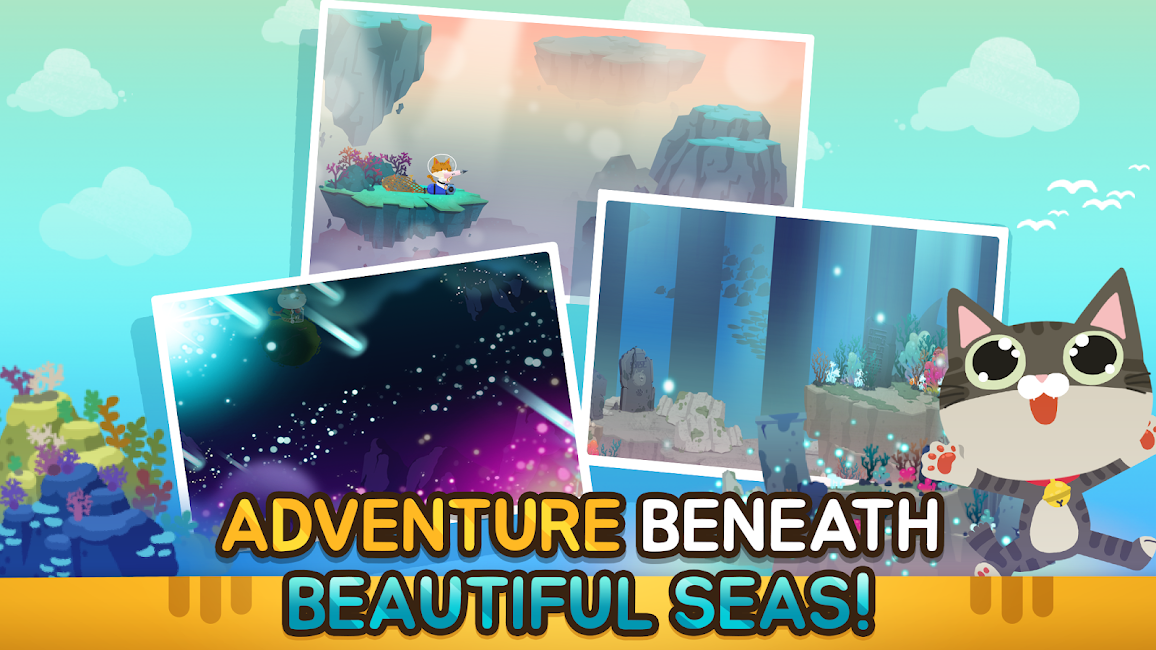 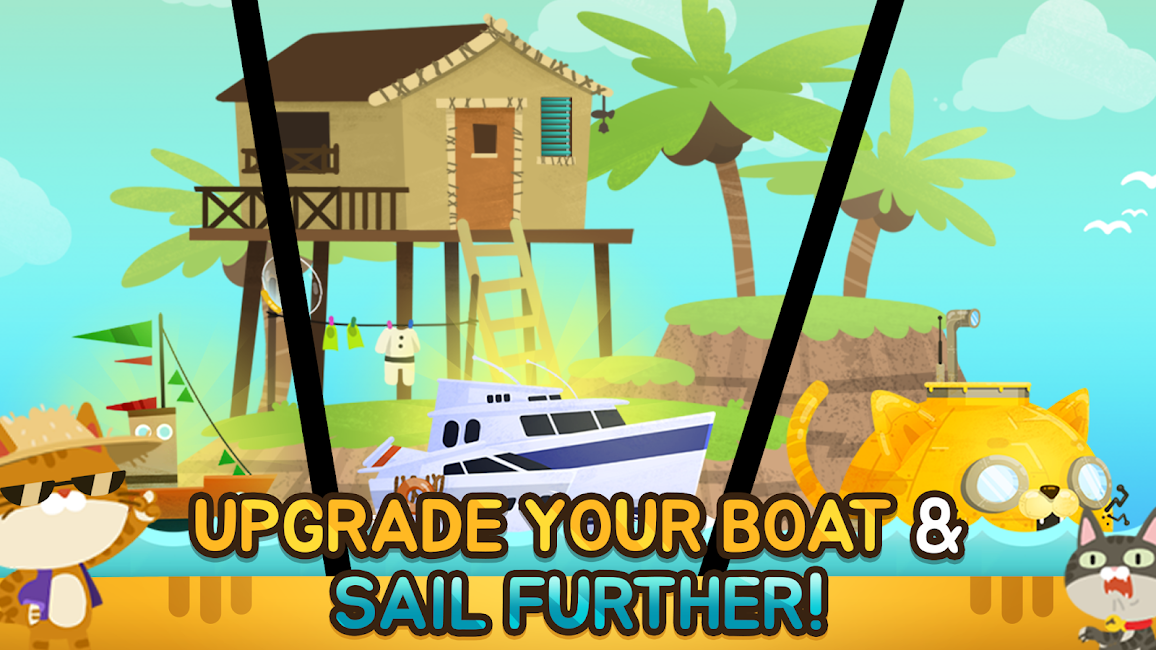 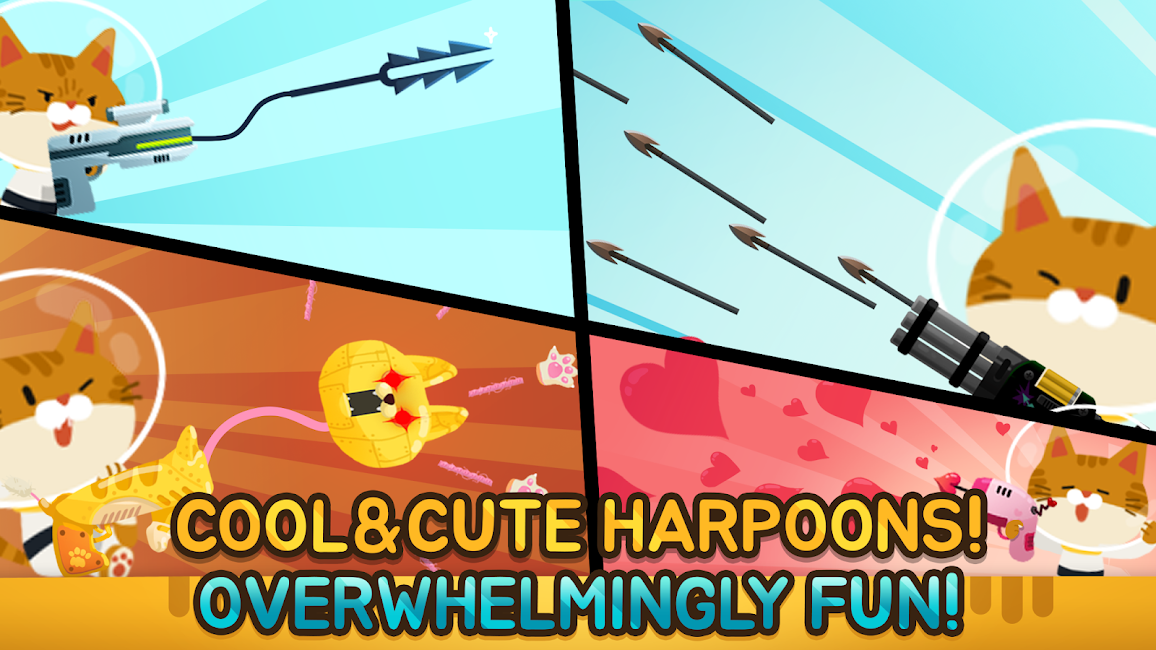 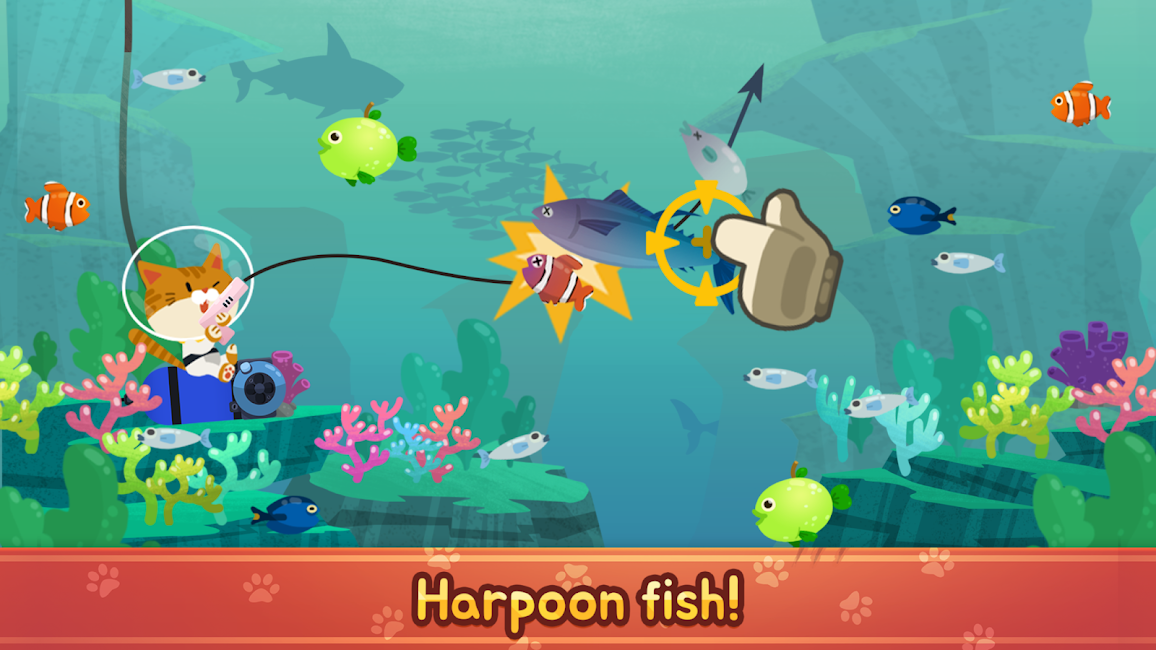 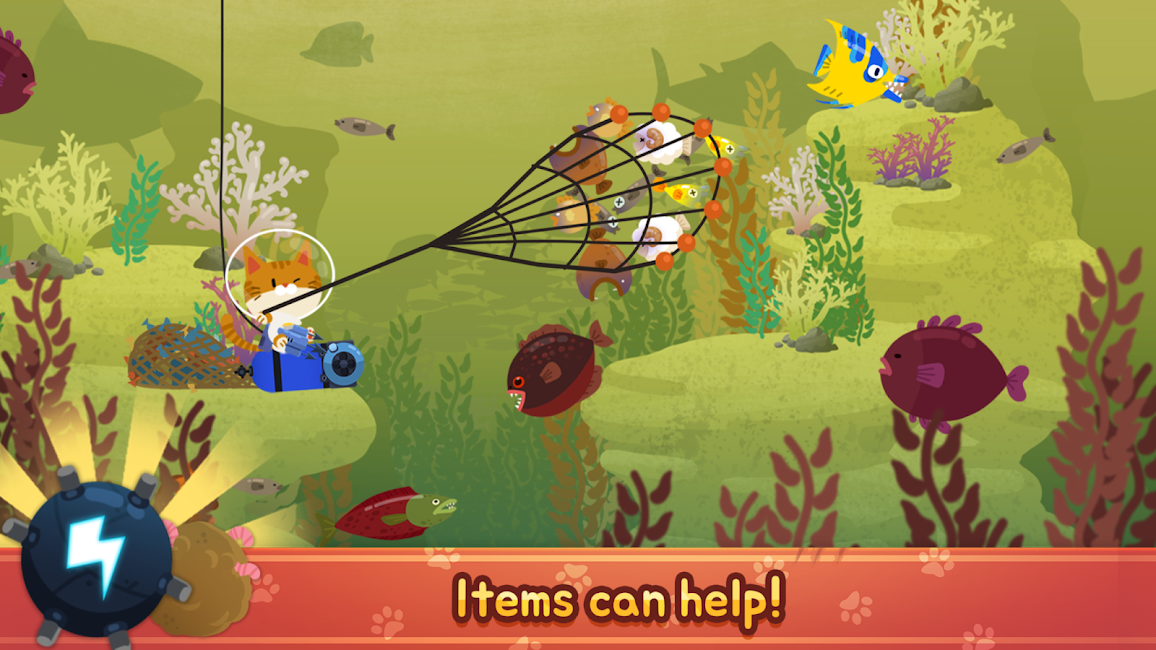 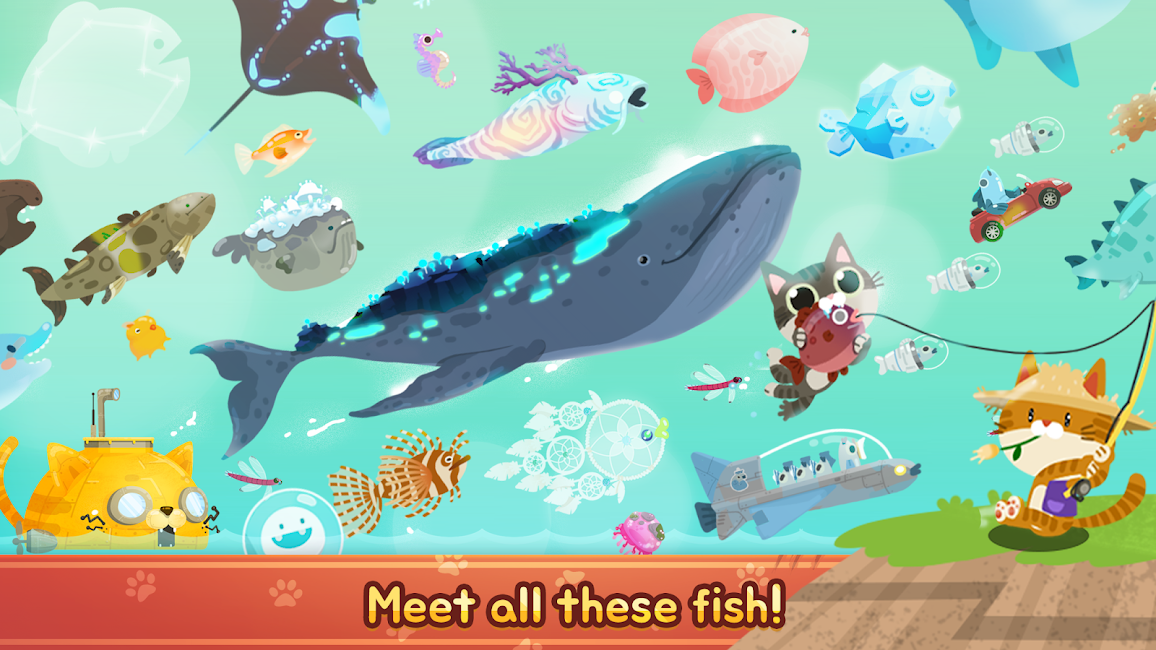 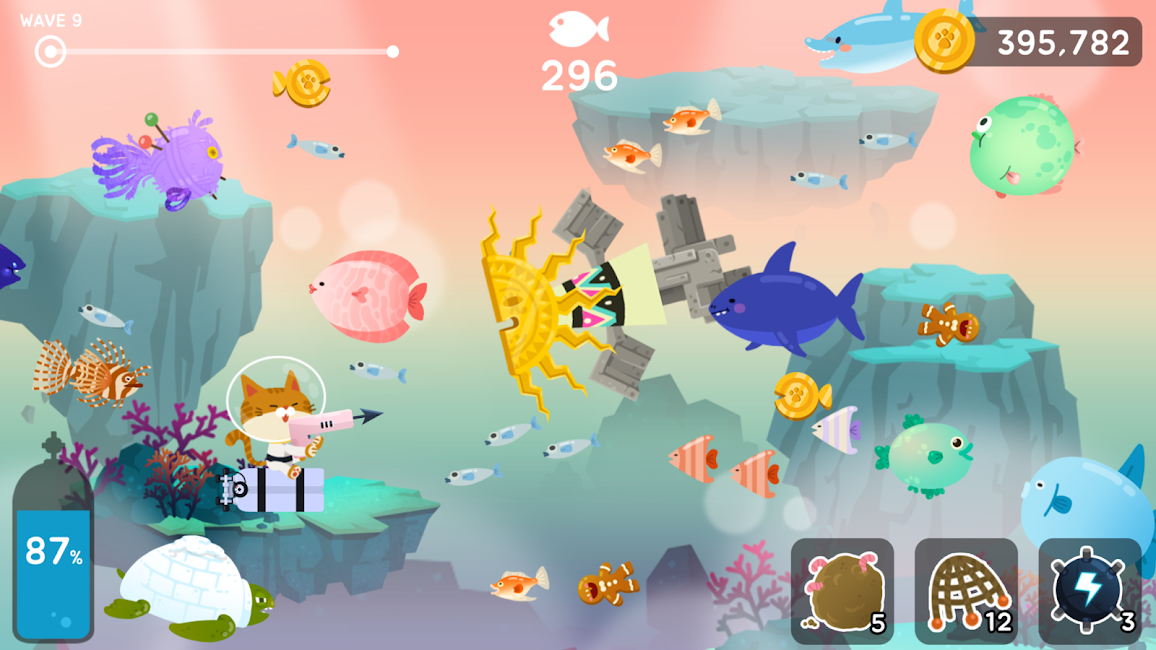 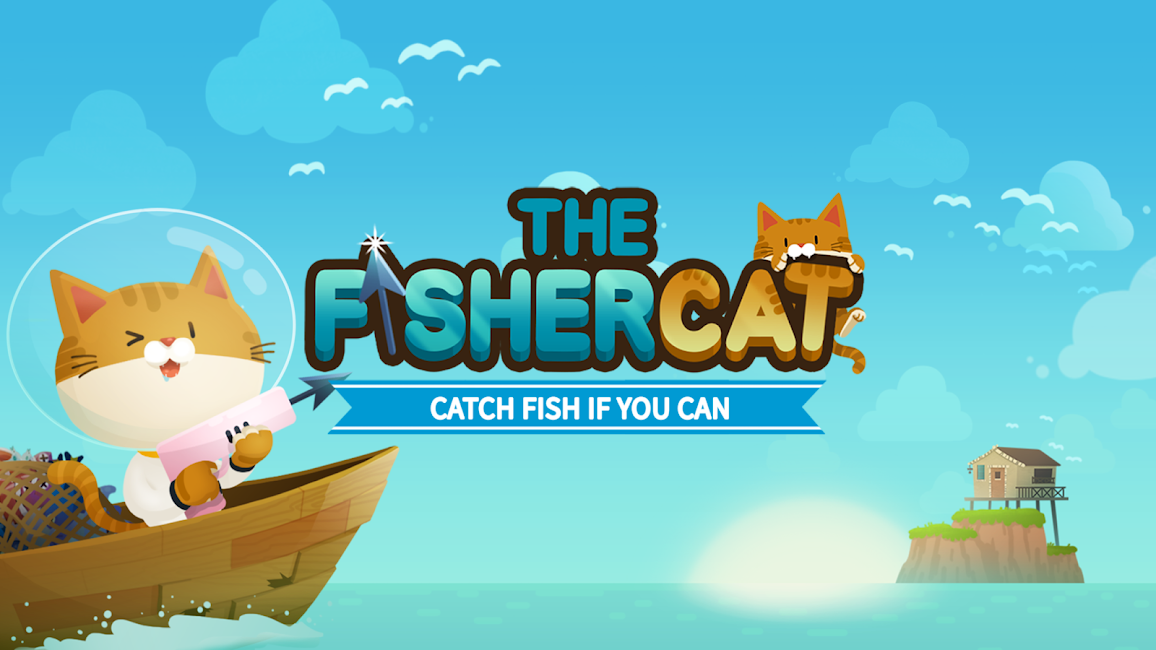