The Political Machine 2020 – The Political Machine 2020 is a game in the simulation genre by Hitcents Game Studio for $ 2.99 Released for Android devices. The game development studio has already released many games for gamers and has a good track record in the Android market. The Political Machine 2020 is another good game of this game studio that has been able to provide a unique experience with an attractive and entertaining gameplay. Today, many games are published daily in the Android Market and a huge flood of games in different genres and styles are available to gamers daily. But most of these games are usually adaptations and have nothing new to offer. Fortunately, The Political Machine 2020 does not fall into the category of these games. In this game, you will experience a new style of gameplay that you have never seen before in any other game. In this game, you have to use a political strategy and get the most popular votes by choosing a candidate from the Democratic or Republican Party and become the President of the United States of America. Your candidates could be Bernie Sanders, Joe Biden, Elizabeth Warren or Donald Trump, George W. Bush, and Mike Pence. The interesting thing is that if you do not like any of these candidates, you can make your own candidate and try to get popular opinion by presenting your own ideologies (such as limiting video games that damage children’s brains). Get.

Game The Political Machine 2020 It uses a very unique and fantastic ideology tree for candidates and makes gamers have a different experience in each round of the game. Ideologies are very important in the game and you should try to gain ideological points by participating in various events and increase your distance from your competitors. For example, you can play Bernie Sanders and raise the issue of “Medicare for All” or you can play the role of Donald Trump and raise the issue of “Build the Wall”. The most important thing for an election is to have at least 270 points, and you should try to get the highest score by using different issues in different states. You should also keep in mind that an issue in California or Texas may work well for you, but the same issue in Ohio or Florida may not help you and may be destructive to you. During the game you can launch your campaign, use the enthusiasm of your fans, hold a fundraiser and earn money, participate in interviews and go to TV, talk in various talk shows and ideology and issues Introduce your variety to the voters, and do many other things that you will become more familiar with in the game. The Political Machine 2020It has a score of 3.1 out of 5.0 in the Android Market, and the Usroid teamintends to provide the final and purchased version of this game to you dear ones in a tested and completely free way. Now you can download this exciting game from our servers and enjoy running it!

Note: The game can only be installed on devices with an ARM64 or 64-bit processor. 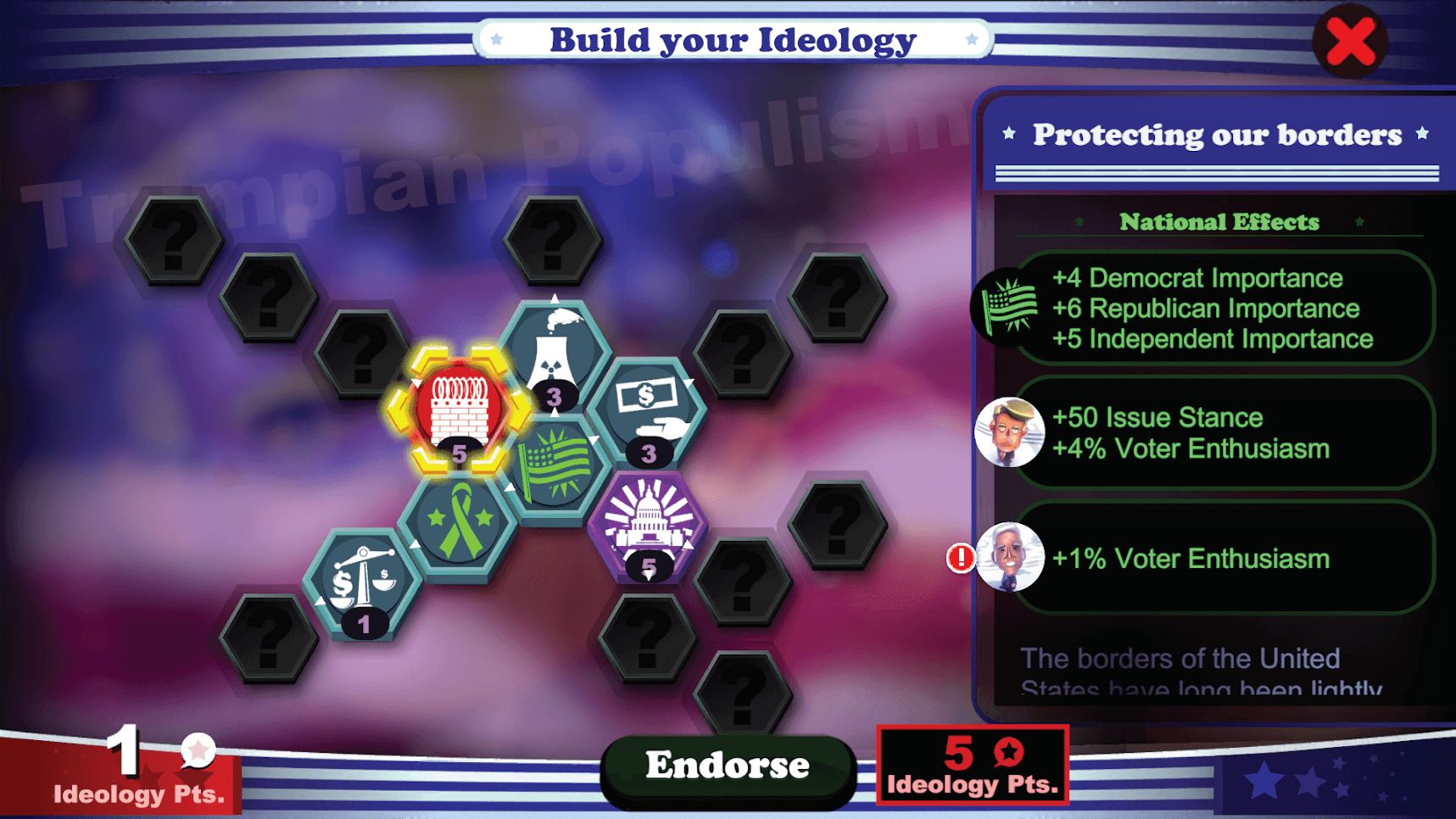 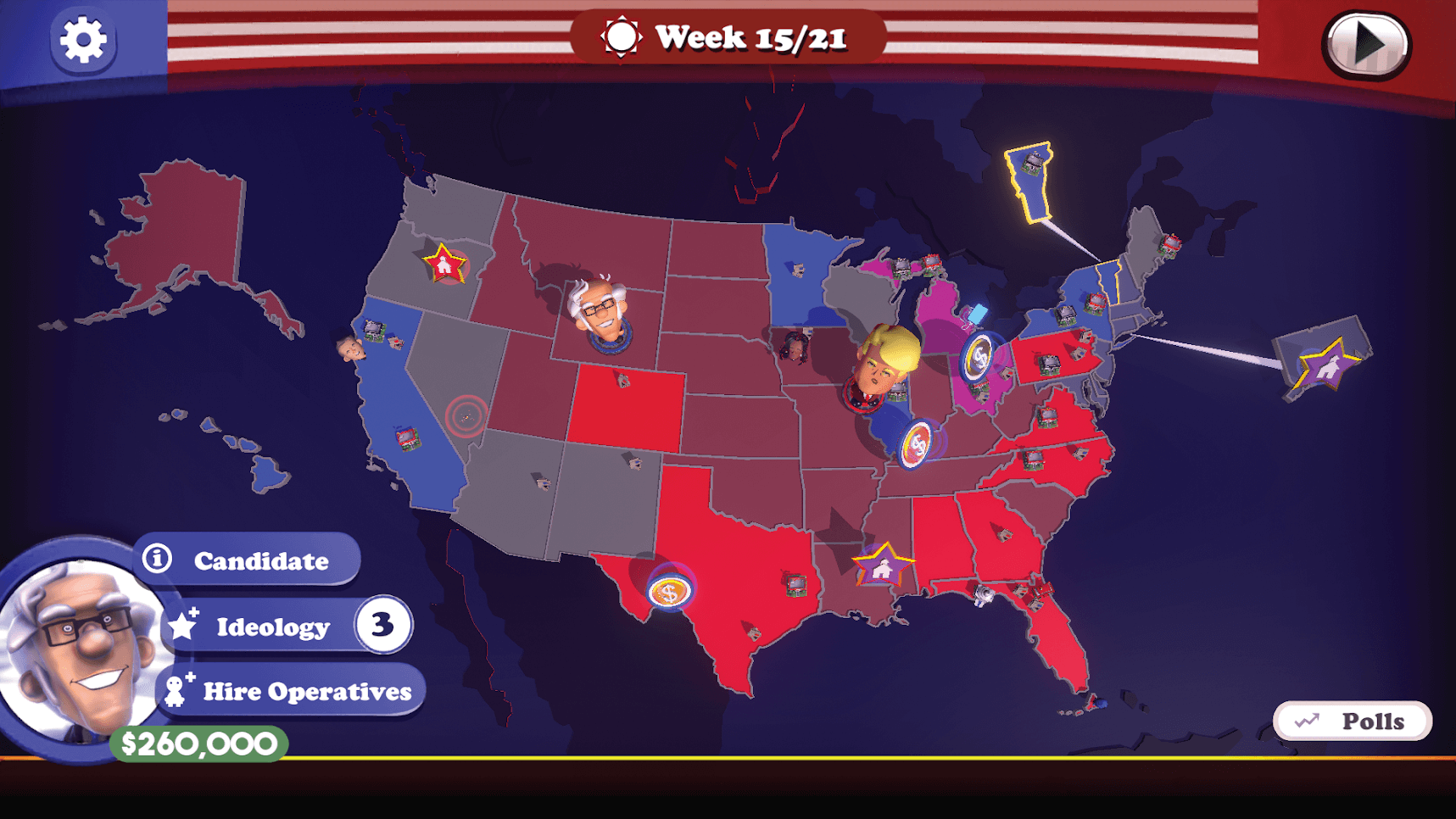 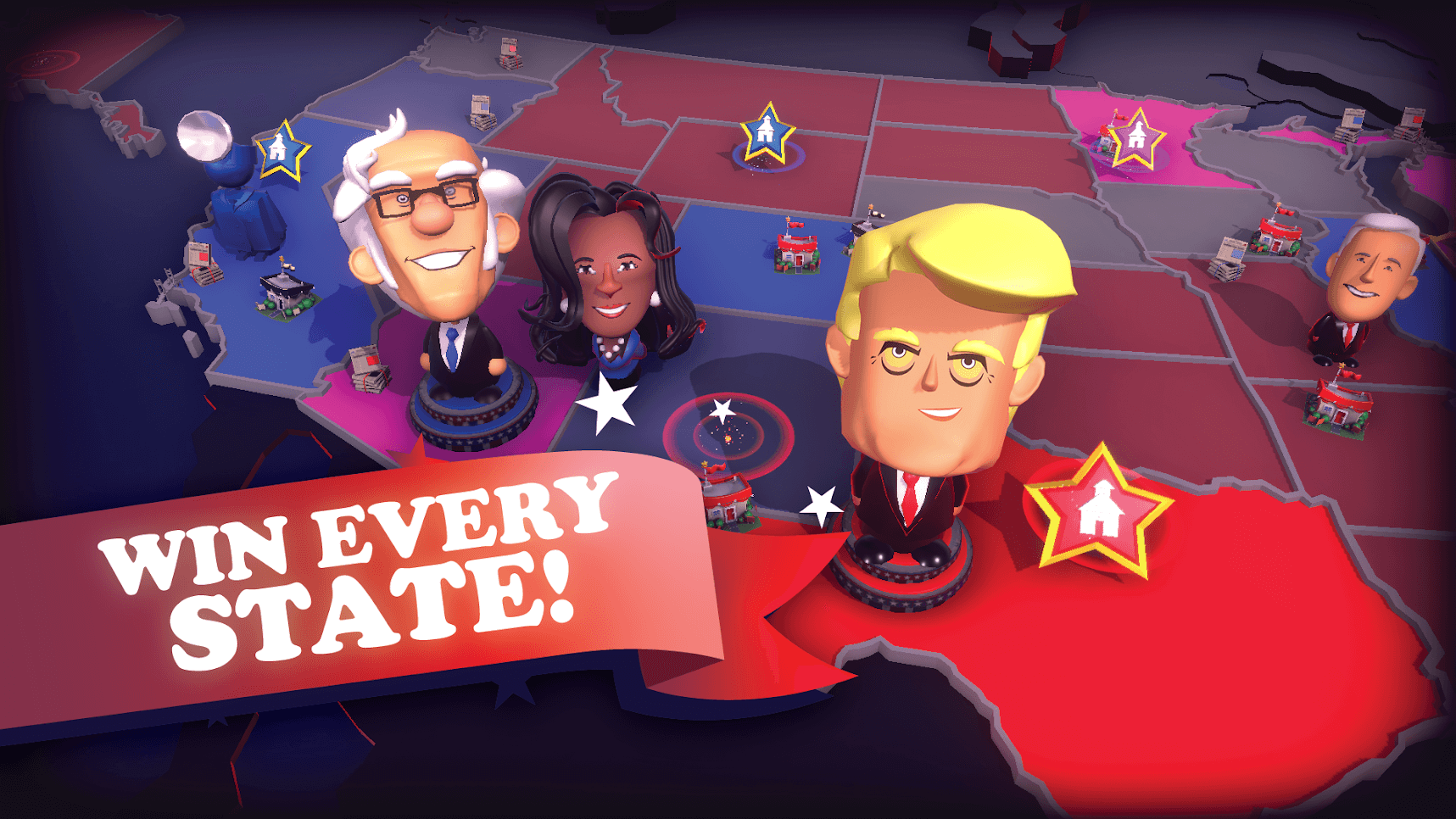 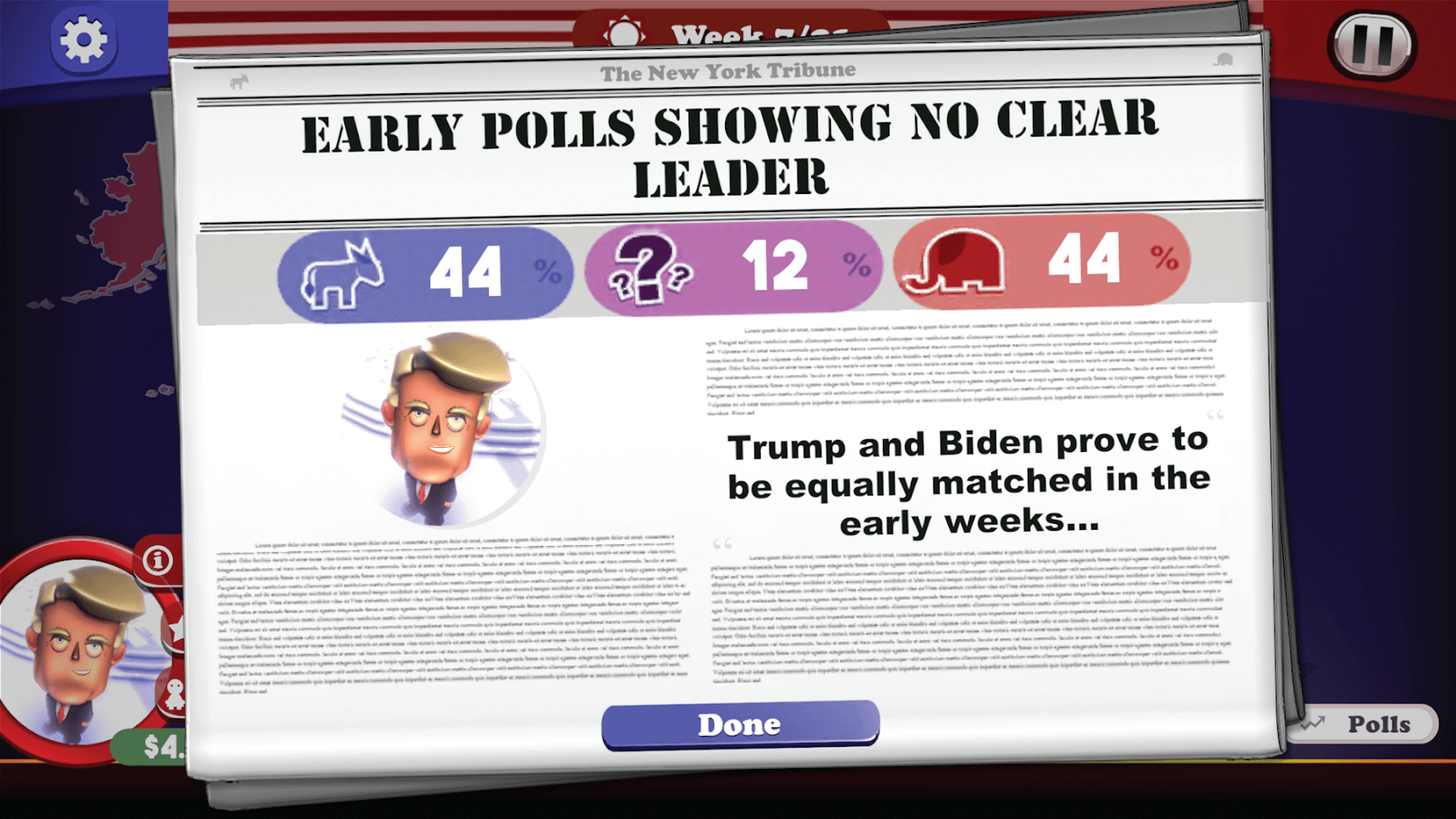 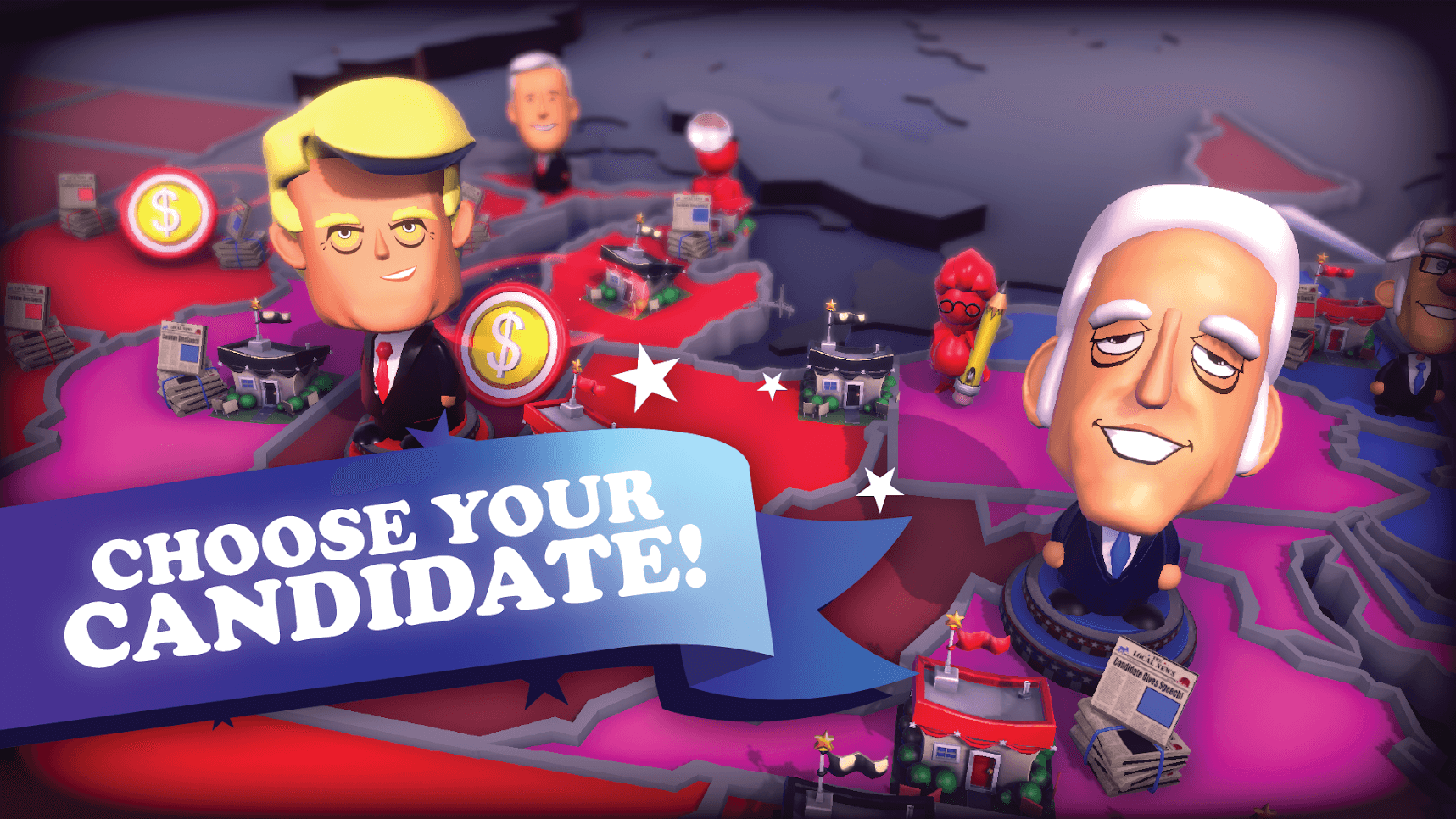