TMNT: Half-Shell Heroes v1.0 Full – The popular Android Ninja Turtles game with data + trailer
priced at $ 3.99 and a score of 4.5 out of 5.0 in the large Google Play Market
tested with offline performance

TMNT: Half-Shell Heroes is the latest series of Ninja Turtle games called “Huff-Shell Heroes” from Nickelodeon Studio for Android , which was released a few days ago for $ 3.99 in the big Google market, and as always, we have decided for the first time in IranIntroduce the purchased version in the presence of you ninja turtle game lovers! Unlike the series of games of this genre, this version of the game has a puzzle style. It is an idea in which you or your beloved child should accompany the famous characters of the Ninja Turtles, namely Leonardo, Michelangelo, Rafael and Donatello, and try to prevent flooding in the streets of New York City; Enemies have caused sewage to flood the streets of New York City by destroying sewers, and it is you who must prevent this! Different types of missions in this series of ninja turtle games are waiting for you and if you are a fan of games of this style, you can be sure that it will attract your attention!

Some features of the popular TMNT game: Half-Shell Heroes Android:

Game TMNT: Half-Shell Heroes is now in the Play Store has a rating of 4.5 out of 5.0 that we Usroid purchased the full version and put it along with the data for download; You can first view the pictures and trailer of the game and if you wish, download this game for free from Fars high-speed servers with one click . 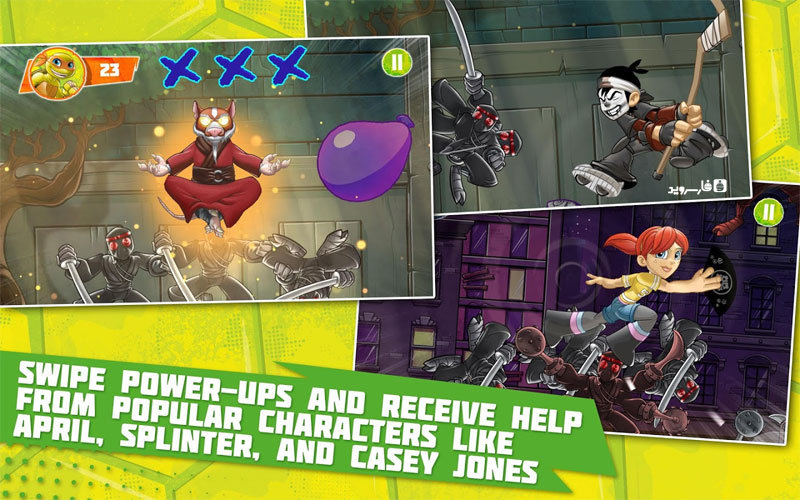 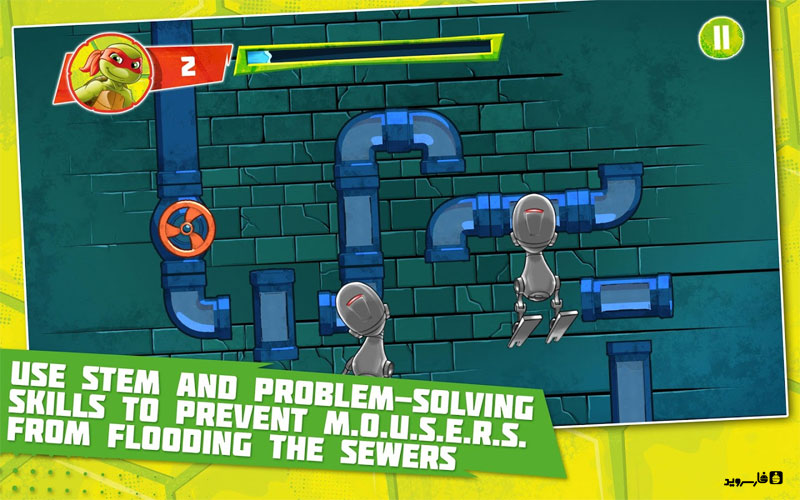 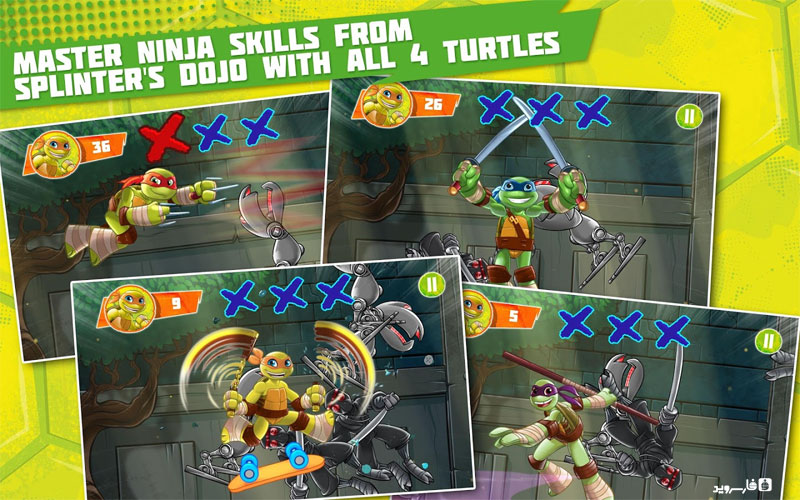 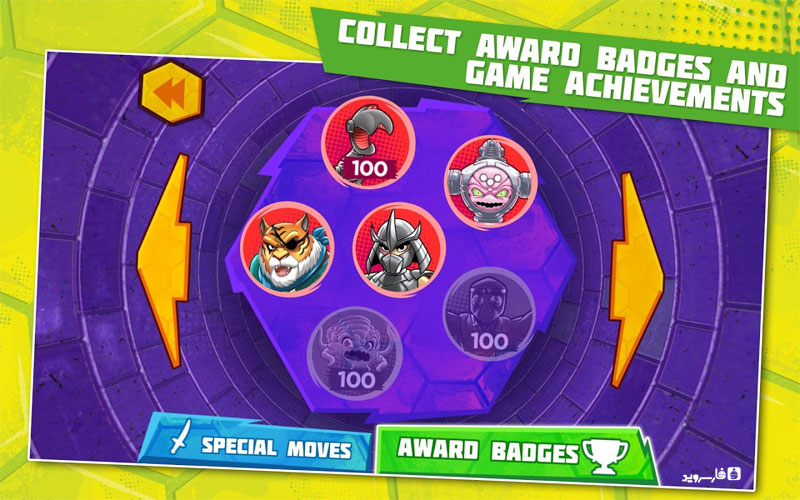