Tower Conquest – Conquest of Towers is a popular, downloaded and entertaining game in the style of strategy games from Tango game development studio for Android devices, which is offered for free on Google Play and has been downloaded millions of times by Android users around the world. Dear friends, we want to introduce the latest version of it to you and bring you joy again! If you are a fan and fan of Android strategy games, Tower Conquest will undoubtedly attract your attention with its excellent design and construction, so install Tower Conquest game on your Android device right now and then know your move to earn Eternal pride has already begun! Hire the best combat units, upgrade them and destroy the enemy towers! Step into worlds that have no end, defeat your enemies and gain valuable items! Tower Conquest game has 5 different groups and a total of 70 battle units, heroes and turrets, in which you will experience strategic battles that challenge your defense abilities and speed of action!

In addition to a good reception, Tower Conquest managed to get a score of 4.4 out of 5.0 based on thousands of votes, which is a sign of its popularity with users and downloaders! Other features of the game include very beautiful two-dimensional graphics and excellent animation of the characters; Has more than 50 different scenes in which battles will take place; Ability to unlock cards that you can use to upgrade your combat units and activate their unique capabilities; Ability to play both offline and online, unlike similar games that are all played online; Good design with exciting sound and generally good construction noted. You can first view the images and trailer of the gameplay and then, if you wish, download it along with the mod from Usroid high-speed servers. 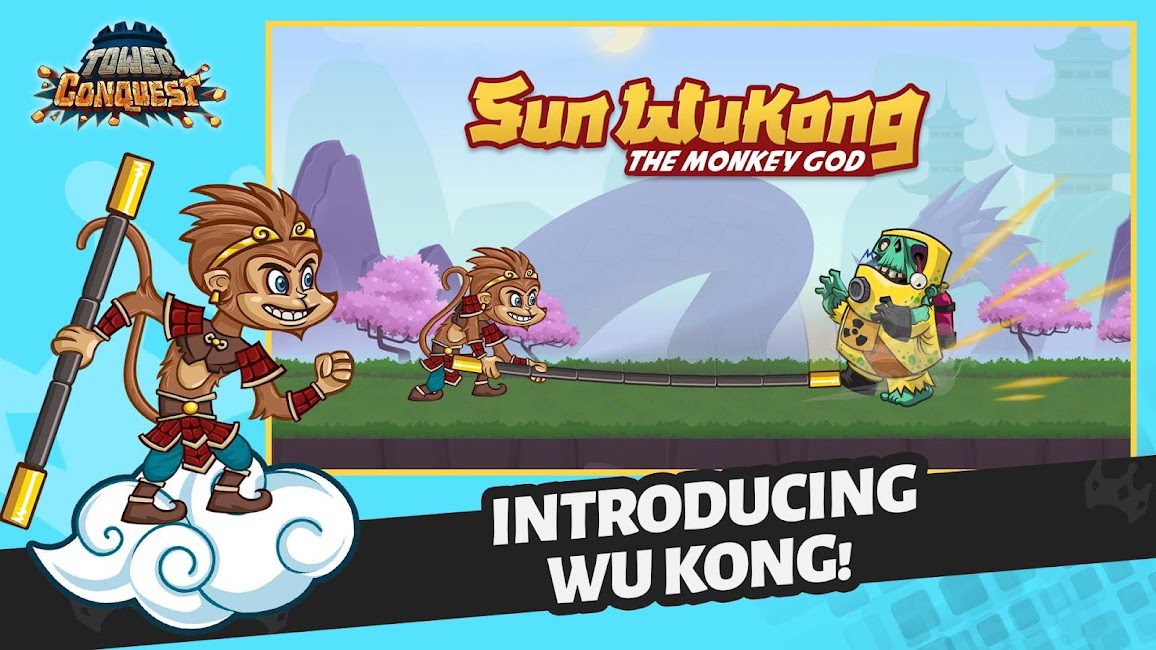 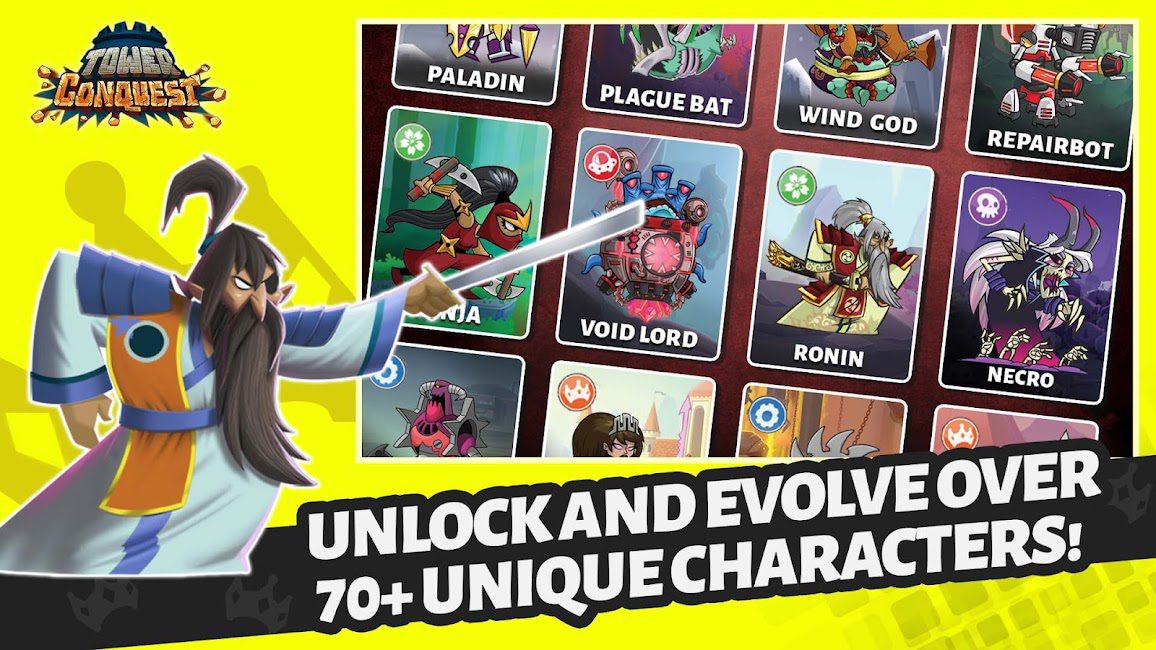 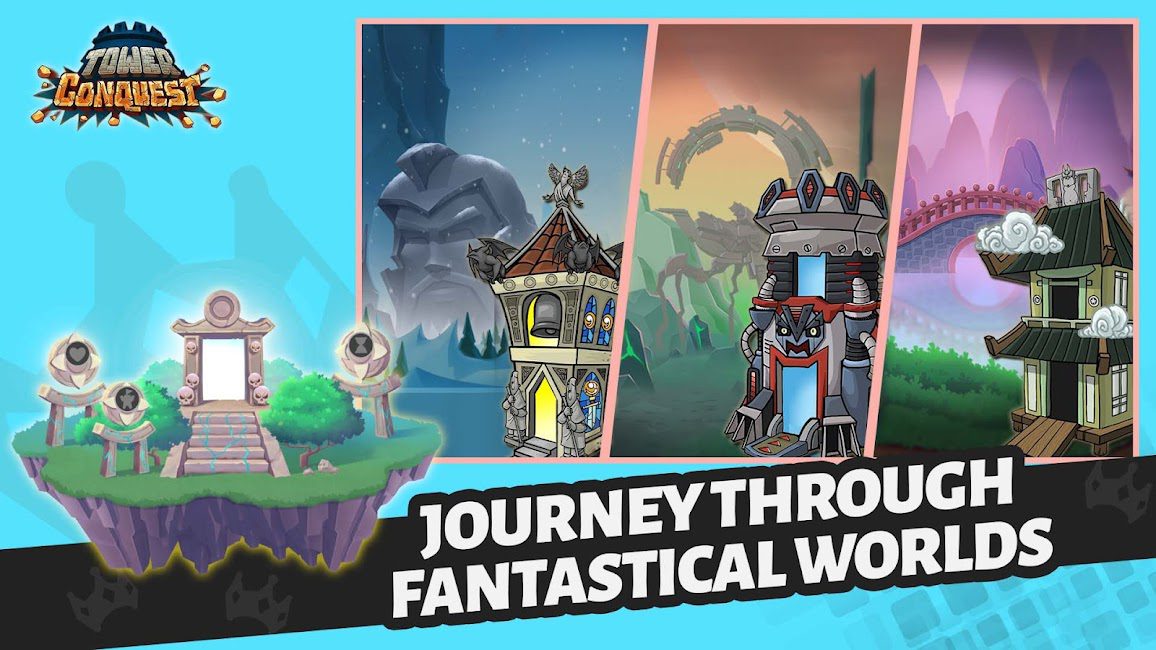 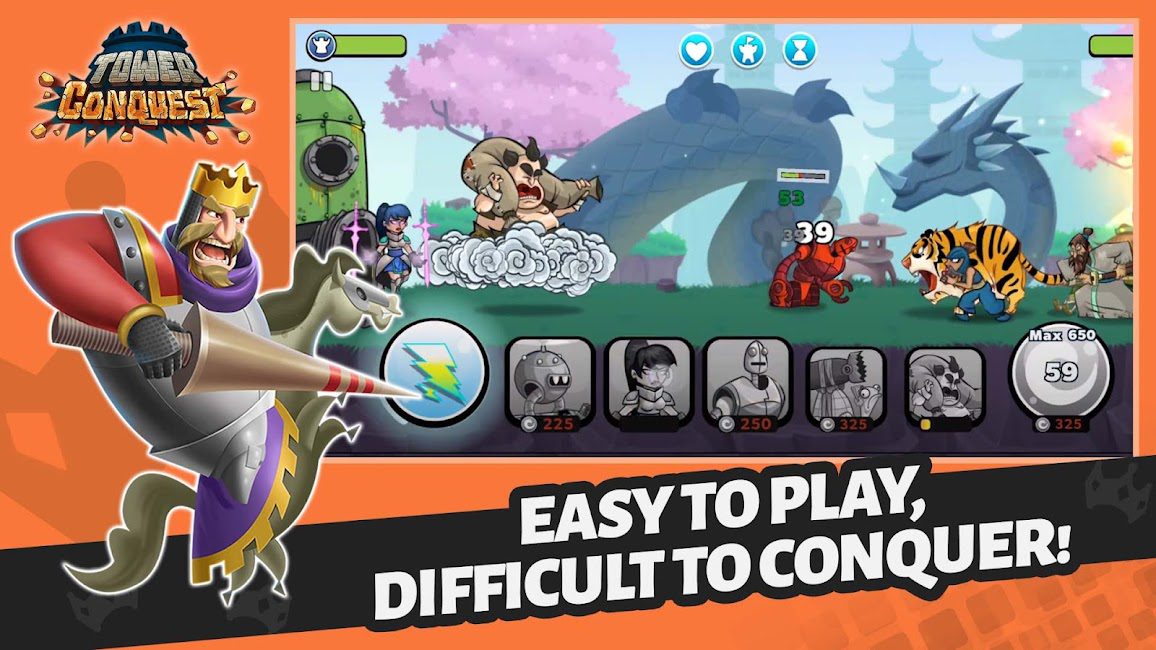 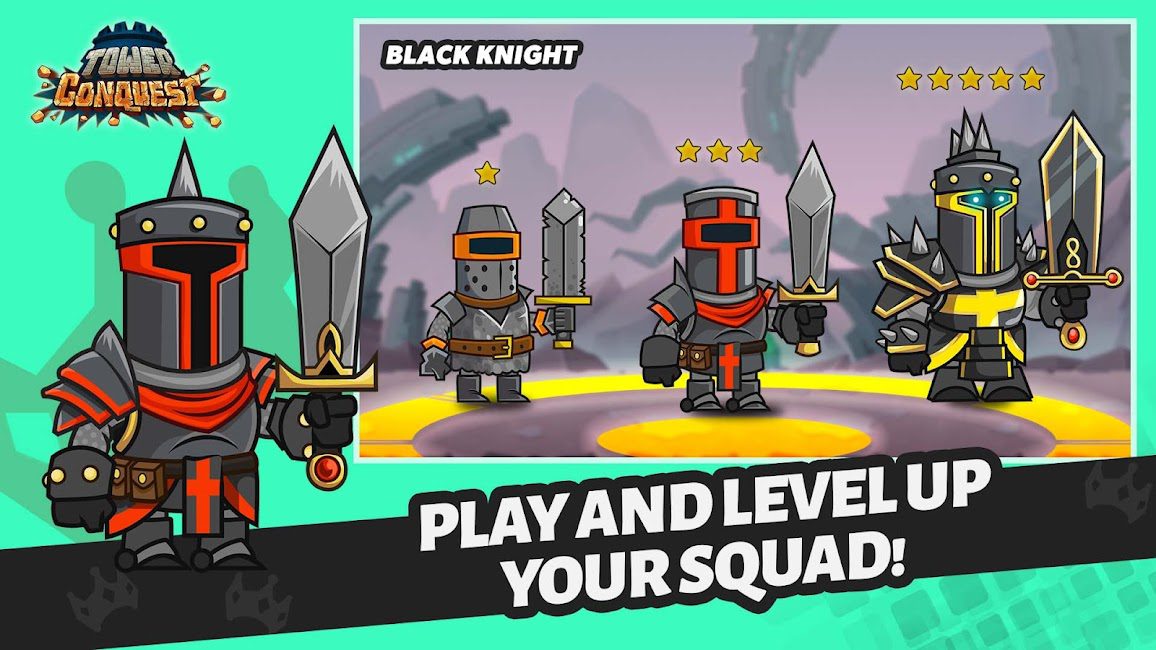 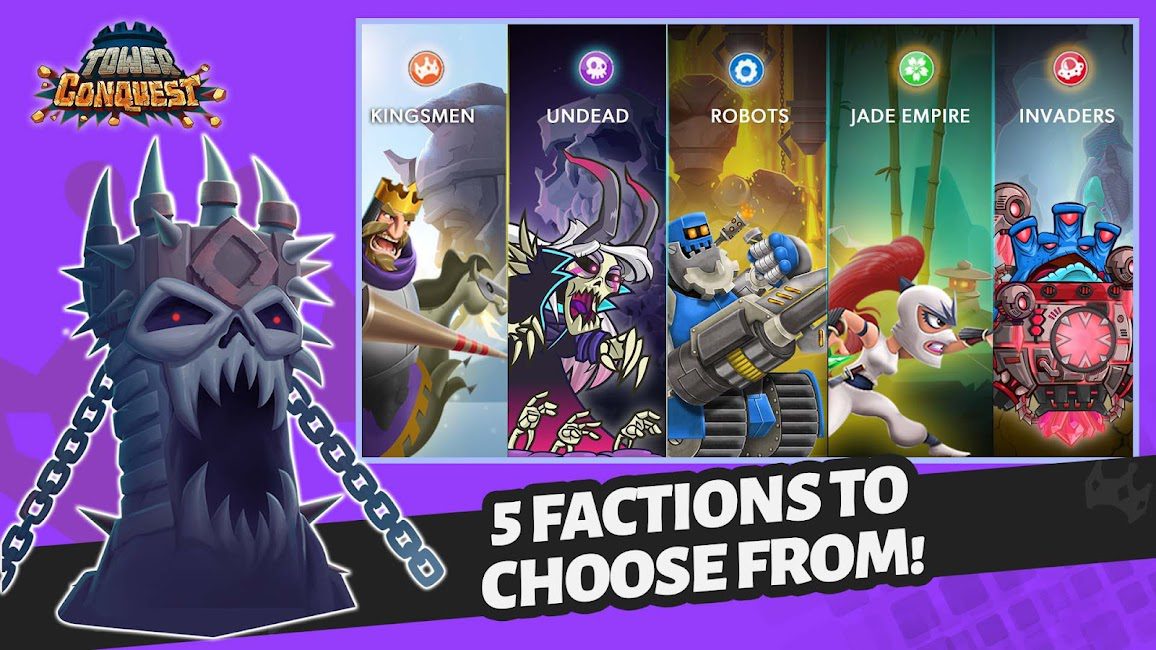 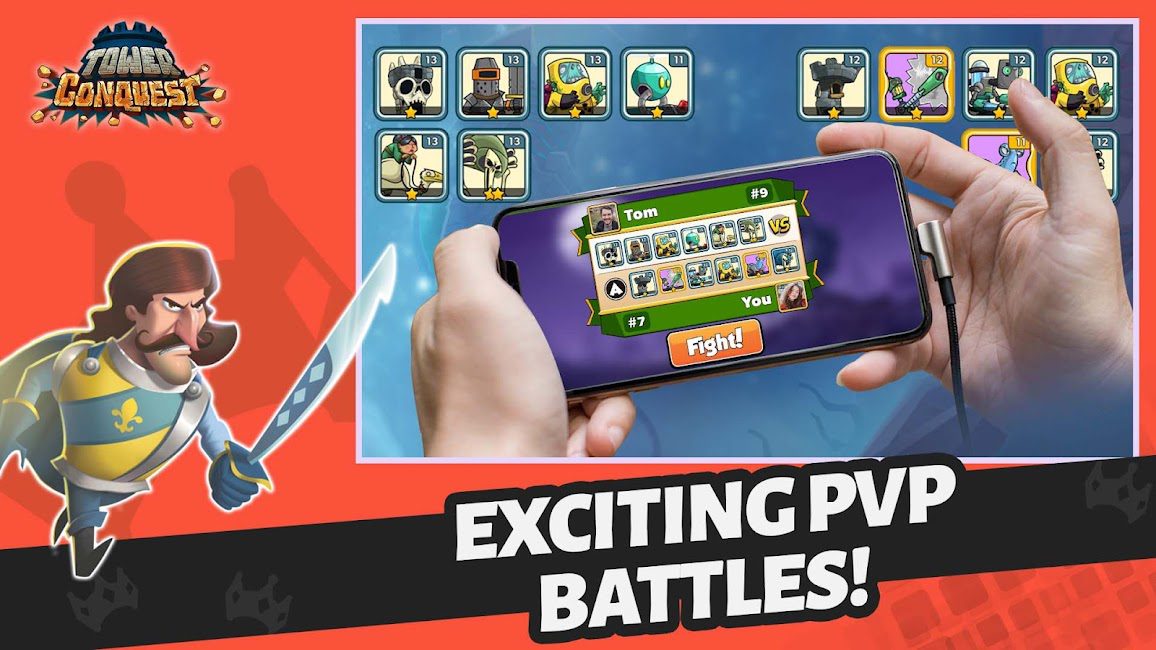