Translate Photo + Scan Camera v1.4.1 – Android document scanning and translation application Unlocked
and complete version of the program worth $ 17.99 for the first time in Iran

Translate Photo+ Scan Camera is a document scanning and translation application developed by ATTRIBUTE APPS and published on Google Play. One of the most popular applications of the Android operating system is text translation startups. Every user uses these types of startups over and over again every day according to their needs. One of the problems that this group of users sometimes face is some texts! Undoubtedly, it has happened to us that we intend to translate the texts in an image or a document. In such cases, one of the easiest ways is to type text in text translation startups. But as you know, if these texts or documents are long, we may spend hours of our time just rewriting them. One of the best options and solutions in the face of such a situation is to use text translation programs in the images. With the help of this category of Android apps, you will be able to translate several different pages of different documents in just a few seconds without having to reinstall. One of the best software in this field is Translate Photo + Scan Camera. With this powerful program, you will be able to easily scan all the images and translate any type of text in just a few seconds. This unique application consists of two separate sections, which we will discuss in the following.

As can be understood from the title of the post and we mentioned it in the above description, this software consists of two separate parts. With the help of the first part, you dear ones can easily scan your documents and save them in the form of an image or a pdf file. The second part of the Translate Photo + Scan Camera software is a wonderful translation system. This translator examines the recorded images and translates all the texts in the images with a single touch. So if you are looking for a powerful translator and scanning tool, this startup can be one of the best options.

Among the things that have made Translate Photo + Scan Camera very popular among users; Its extraordinary ability to recognize the text in images. The built-in AI system examines texts with exemplary accuracy and helps you translate them easily. Another thing that is interesting is the number of languages ​​that this app supports! More than 100 different languages ​​are supported by this software, which is rarely seen in similar examples.

OCR is one of the most popular features we see in document scanning apps. With the help of this feature, you will be able to identify the types of text in images or scanned documents and extract them in the form of text files. The point that we should mention is the advanced OCR system of Translate Photo + Scan Camera program, which with its support for different languages, will solve many needs of users in an instant.

The Translate Photo + Scan Camera application has been released for free by its developer for $ 17.99 with the benefit of its various features and capabilities, and has received a score of 4.2 out of 5.0 by users. Now you can download the latest unlocked version of it without any restrictions from the huge database of Usroid website. 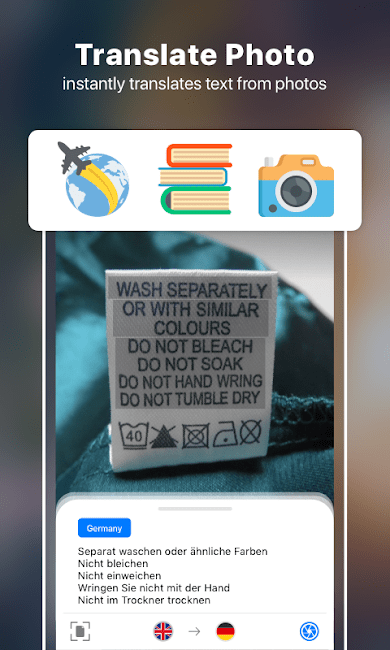 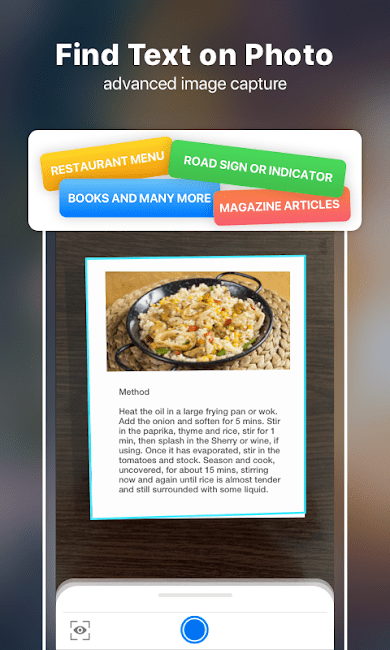 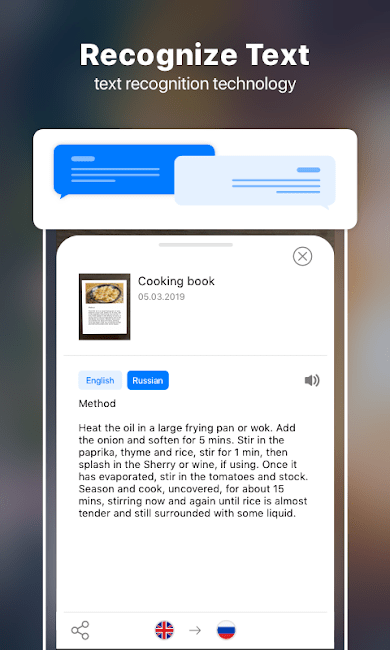 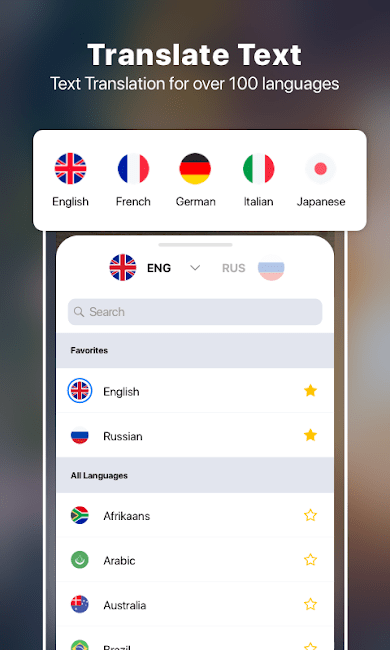 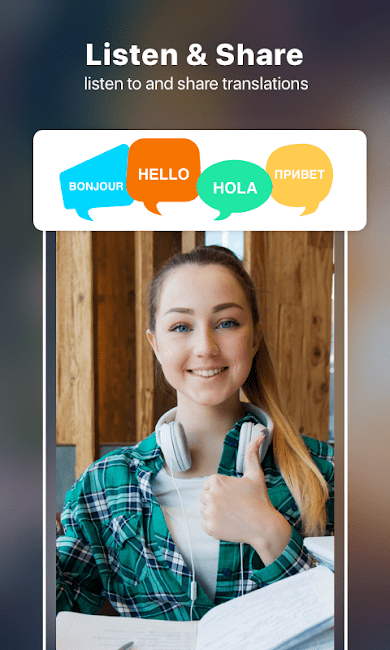 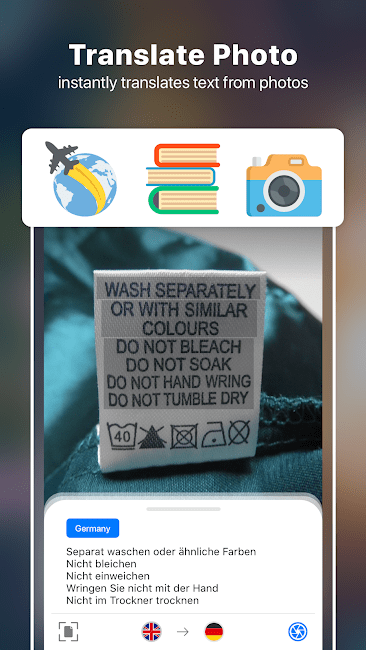 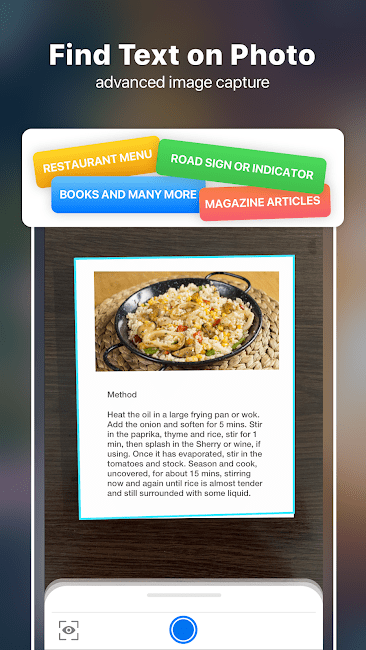 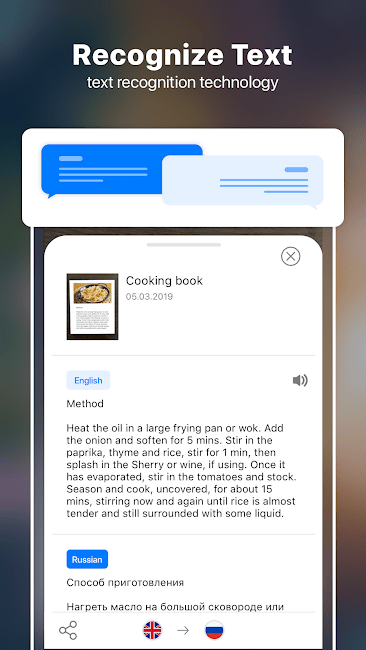 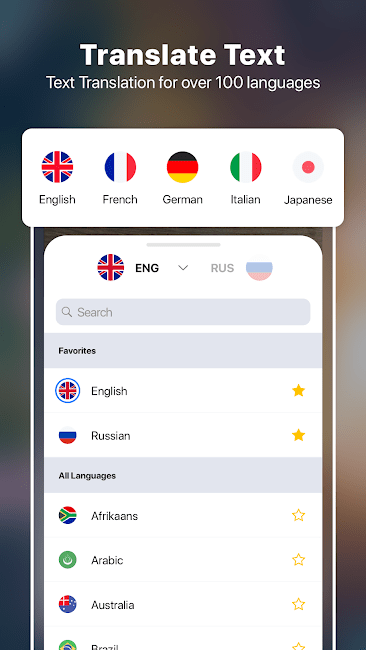 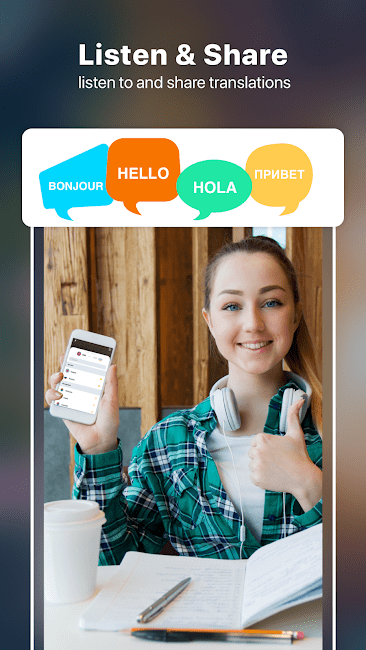