Tricky Maze has been released under the full name of Tricky Maze: labyrinth escape, puzzle mazes & more, is a very beautiful and entertaining game in the style of puzzle and puzzle titles that has been released for free on Google Play and is available to players. Android is located all over the world. The creator and publisher of this game is the Ukrainian studio Playrea: logic puzzle games for your brain, which is known for making and releasing intelligence and puzzle games. In this article from Usroid site, we intend to once again introduce and publish a very lovable and well-made game as the first Iranian site on the web, and for those who are interested in mental, intellectual and challenging games to download. Invite a very attractive and fun game. The game in front of you, Tricky Maze: labyrinth escape, puzzle mazes & more, is a very simple but extremely attractive game that can entertain anyone with any taste for a long time and nail them! This game, as its name suggests, is a puzzle game. If you are careful as a game (Labyrinth Escape), you will understand the nature of the game. Your main goal in all stages of Tricky Maze: labyrinth escape, puzzle mazes & more is to find the way out of a puzzle. In the following, we will explain to you how to play the game.

In Tricky Maze: labyrinth escape, puzzle mazes & more, as mentioned, the main goal is to find the exit point in each stage of the game. As the game progresses, you will see a large screen filled with matching cells and a shape that form a grid set together. In some of these houses, you will see white squares that look like a table of letters at various points on the screen, creating blocks along the way. Except for these, there is a blue square and a green square marked with the exit sign at each stage. Your job is to bring the blue square to the green square. You have a number of moves in each stage and these numbers are limited. You have to rely on exactly the number of moves shown to you in each step, and with the same number of moves, move the blue square to the green square. To do this, simply set the direction of movement of the blue square in 4 directions: up, right, down and left. With each move, the blue square moves to the end of the path in the direction you want, and stops only if it reaches one of the white squares or the end of the box. Now you have to continue the second, third and moves in the same way to find the way to reach the green square with the help of blocks. The simple appearance of the game may seem deceptive, but some of the steps in this game are really very challenging. The designs of Tricky Maze: labyrinth escape, puzzle mazes & more are done at the peak of simplicity, along with a very audible and exciting soundtrack, which is used to make the game process particularly exciting. Dozens of fun, challenging and thought-provoking stages in this beautiful game are waiting for you to do it and challenge your mind and intelligence, significantly improve brain function. To download the latest version of this fascinating game, go to the Usroid box download section right now and download the latest version of Tricky Maze from our fast servers. 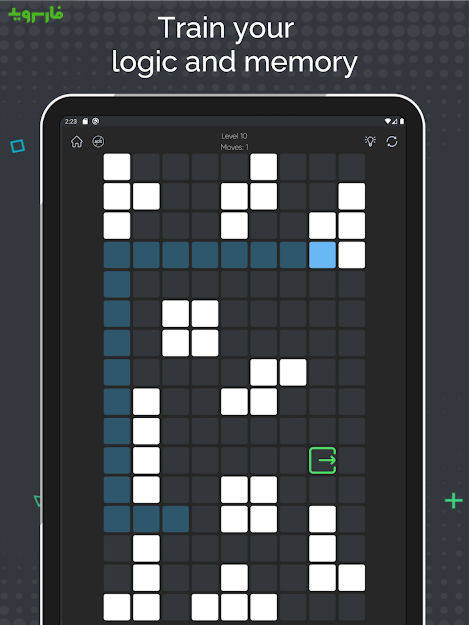 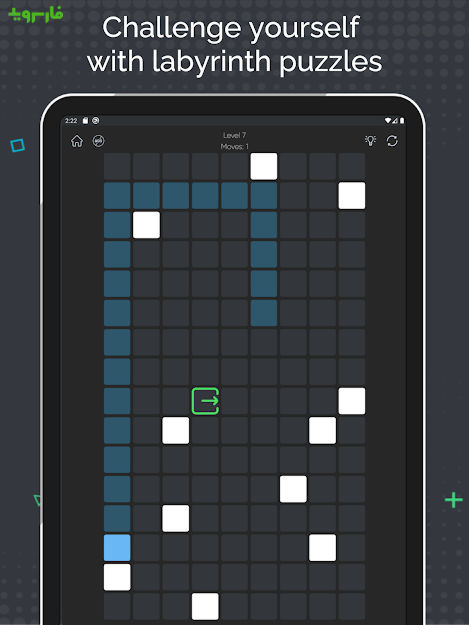 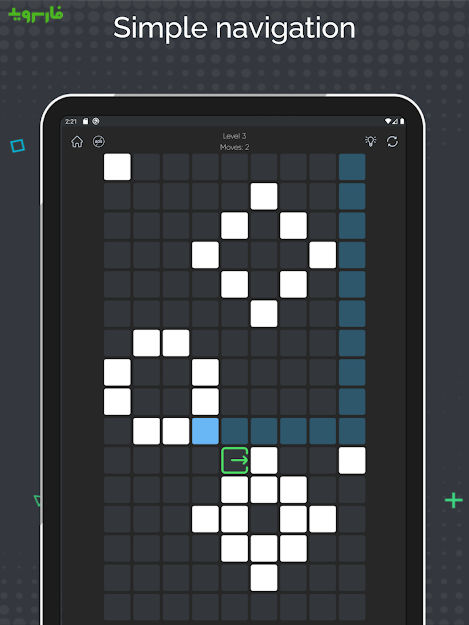 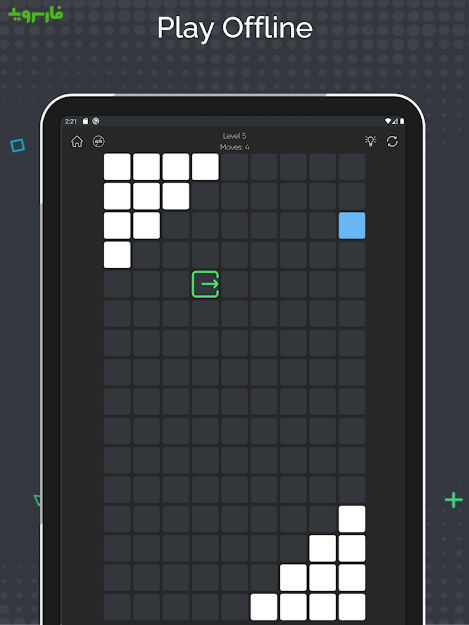 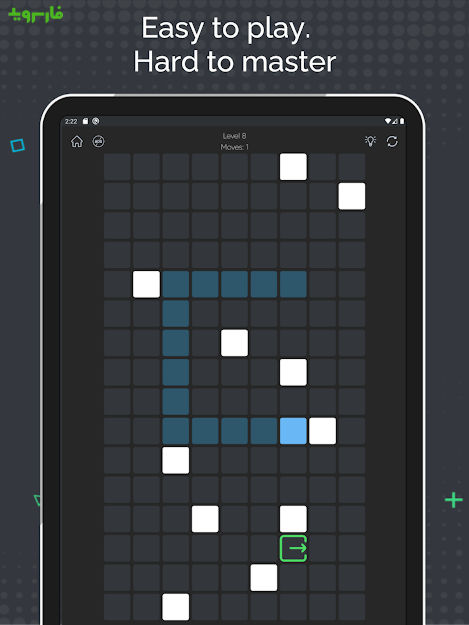 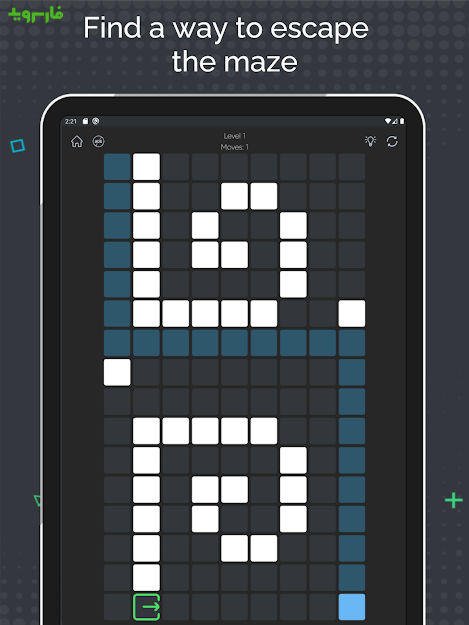