Trojan War 2: Clash Cards Game is the name of a game in the strategic genre published by MegaAdsGames game development studio for mobile devices with Android operating system. After the huge success of Trojan War 1: Rise of legendary Sparta with more than 5,000,000 downloads on Android and iOS platforms and with thousands of positive feedback, the developers decided to make Trojan War 1: Rise of legendary Sparta as well. Formally turn Trojan War into a collection. Trojan War 2 is a continuation of Trojan War 1 and tells the main reason for the war. The story begins with the great wedding ceremony between King Peleus of Greece and the sea goddess Thetis. All the gods were invited to this glorious ceremony. Except for the rival goddess Eris, who was known among the gods as the goddess of divisiveness. Angered by not being invited, he decides to make a plan and respond to this disrespect with a calculated plan. So he throws a golden apple in the middle of the dinner table with “For the Most Beautiful” written on it. Athena, Aphrodite, and Hera were the three goddesses who competed for the golden apple. Zeus could not determine the winner, so he handed over the responsibility to the second prince of Troy, Paris. All three goddesses held a high position in Paris, but Paris eventually chose Aphrodite as the winner because Aphrodite had promised to marry the most beautiful girl in the world. Some time later, Paris went to Sparta and met with the Spartan king Menelaus and his wife Helen. Helen was a very attractive and beautiful woman. Paris, with the help of Aphrodite, succeeded in capturing Helen, and when Paris left Sparta, Helen left Menelaus to marry Paris. Angered by this, Menelaus decided to take revenge on Paris, so he started the Trojan War.

Trojan War 2: Clash Cards Game like Trojan War 1: Rise of legendary Sparta is a great and epic game. This game has a very simple gameplay and has a strategic real-time combat system with card elements. In each battle, you have a castle that you must protect in any way and at the same time try to capture your opponent’s castle, for which you must use the warriors and special forces that the game provides. use. These fighters and special forces are displayed with cards at the bottom of your device screen and their use is limited in time. As soon as you use a card and bring one of your fighters into the battlefield, your card will be deactivated for a short time until its Cool Down time expires and it becomes active and usable again. Warriors and special forces are very diverse and the game is very diverse from this perspective. As you progress in the game, new fighters and special forces will be available to you and you can use them in your defense and offensive strategies. But in the beginning, both your fighters are weak and the special forces that are given to you do not give you much advantage in the fights. But with patience and precision in the strategic arrangement of the fighters and a little spice of experience and luck, you can definitely win the battles. In addition to a great combat system, the game also has a bonus system and a great upgrade system, which together allow you to be rewarded with victory in your battles and your warriors. Upgrade and get new special forces and create an invincible army for yourself. So, if you are a fan of Trojan War series or you want to experience an epic and unique fighting game, Trojan War 2: Clash Cards Game can surely be a unique and exciting experience for you and we definitely recommend it. Usroid team intends to provide the original and modded version of Trojan War 2: Clash Cards Game without any restrictions in a tested form and completely free of charge for you dear ones. You can now download this game through the direct links at the bottom of the article and enjoy it!

Note: In the game mod version, spend money once to be Unlimited. 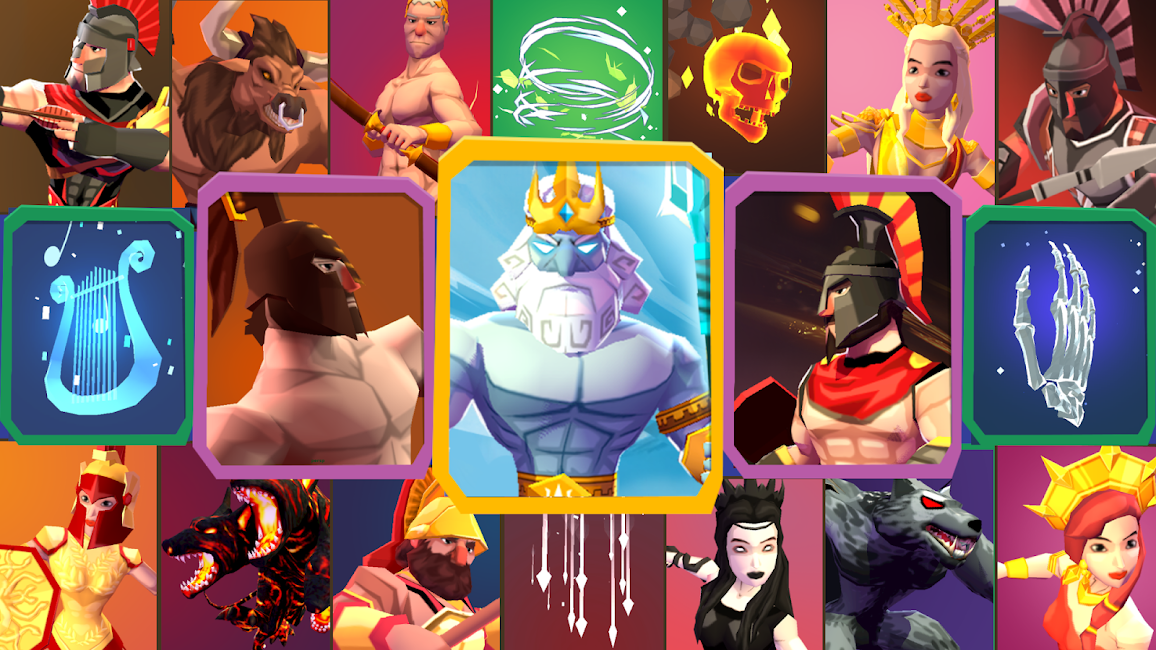 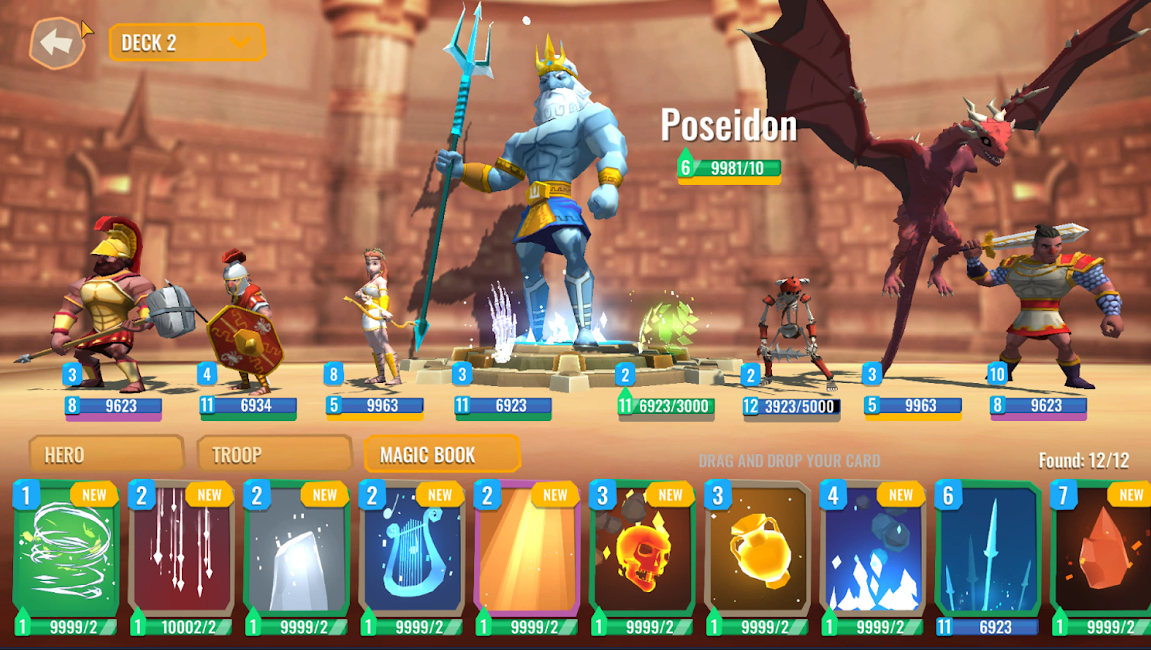 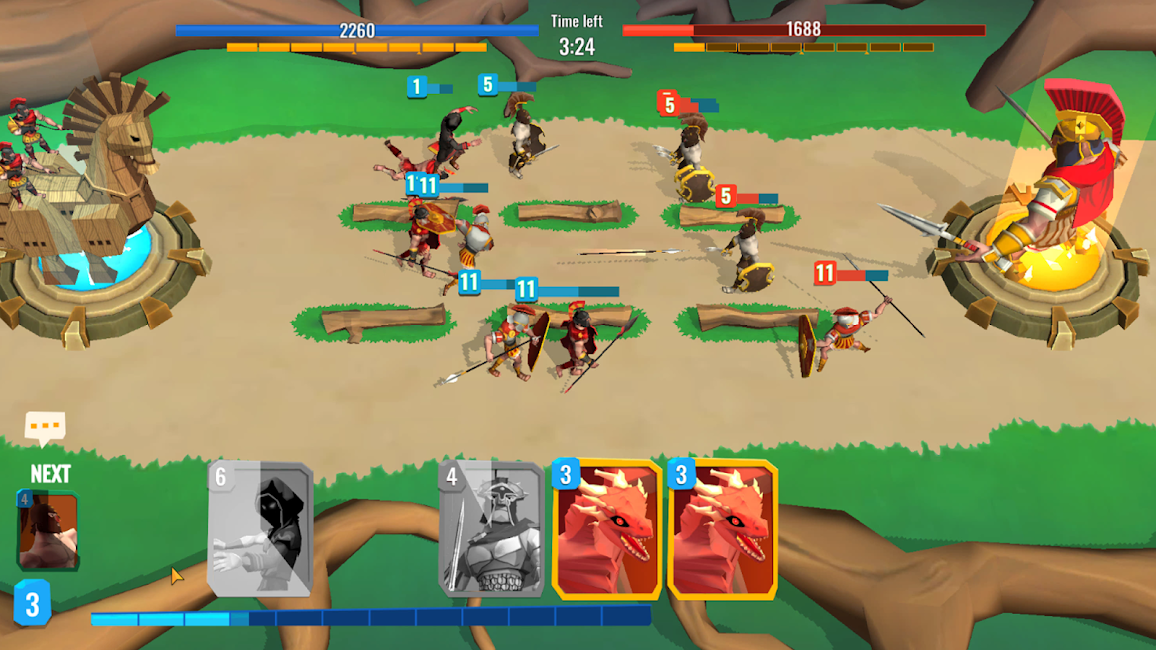 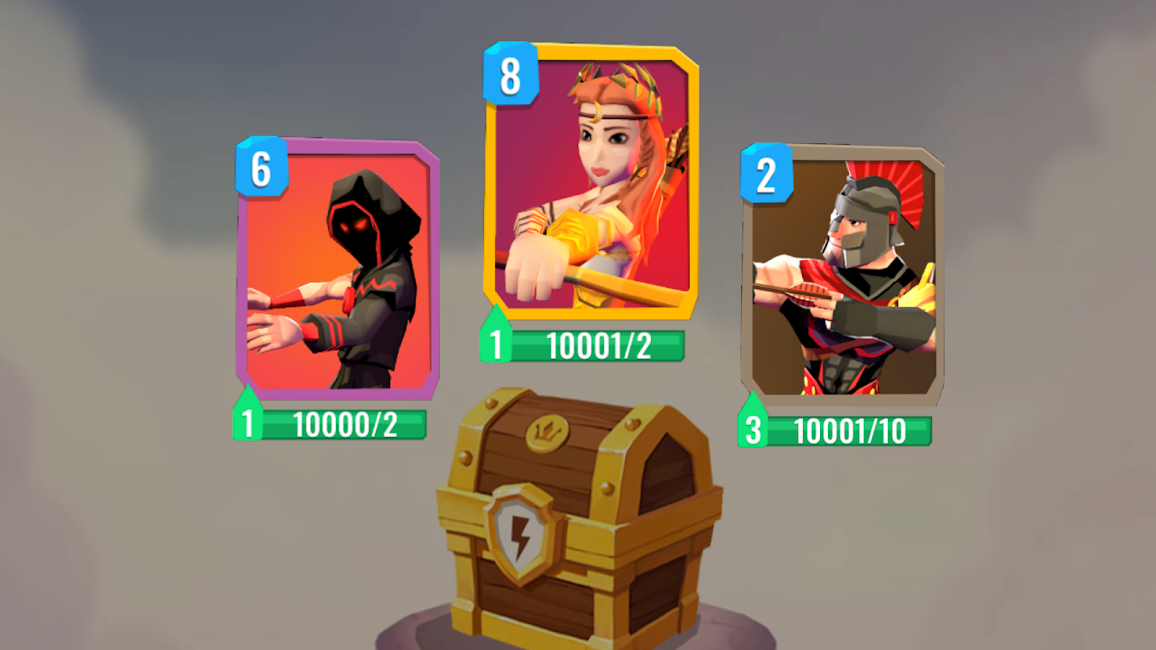 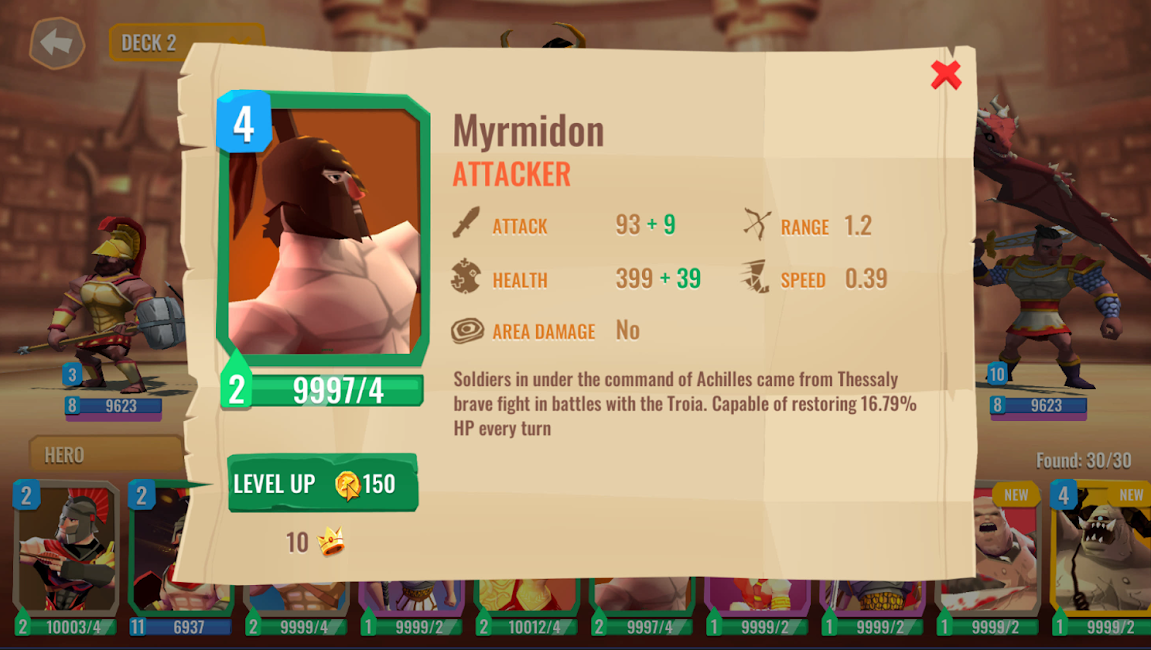 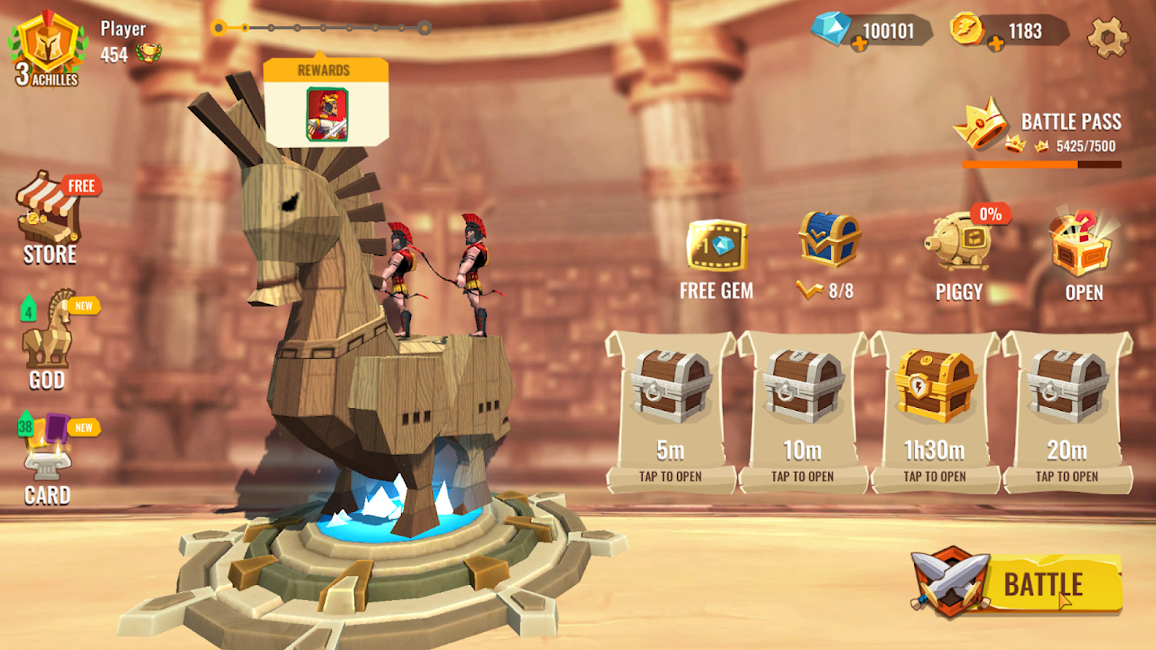 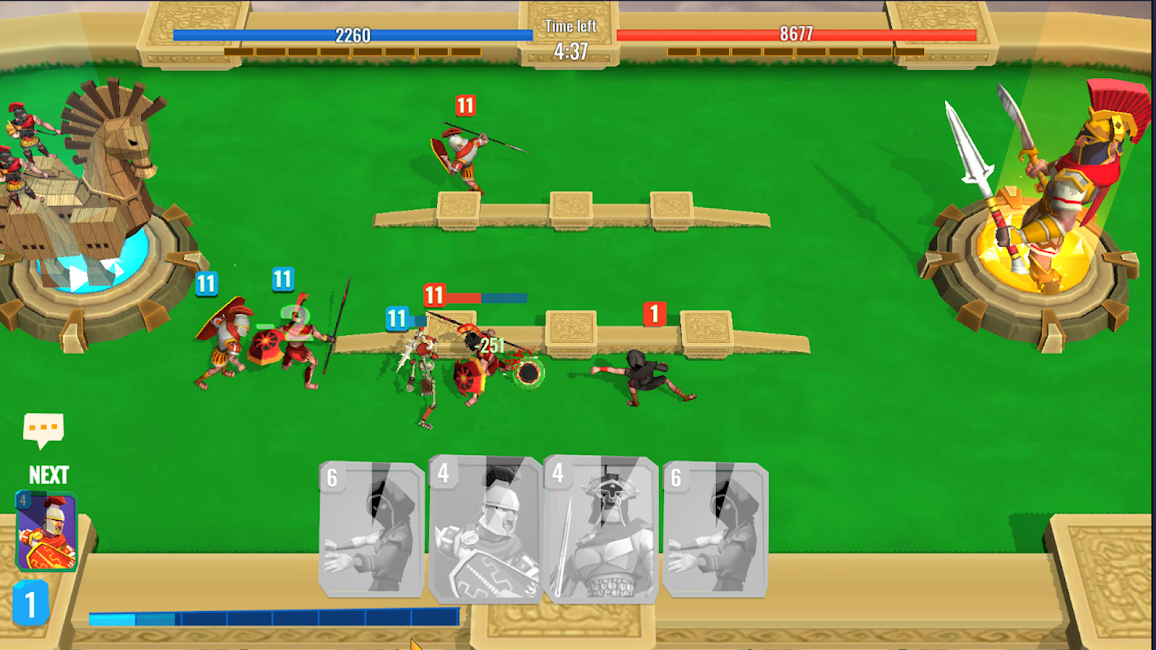 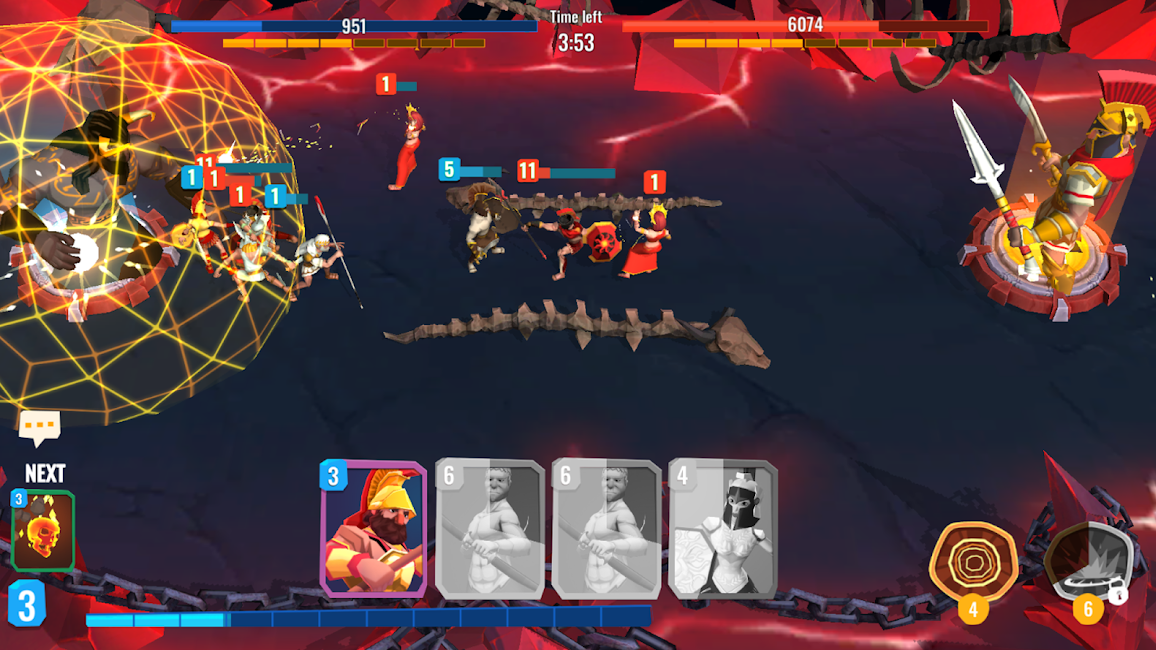