Trojan War – Trojan War is the name of a very beautiful and well-made strategy game in the category of management and tactical gameplay in which the elements of RPG and TD games can be seen. The game was produced by the Vietnamese studio MegaAdsGames and was released for free on Google Play and made available to Android users around the world. Usroid proudly as the first Iranian Android websiteThis game has been prepared, reviewed and the latest version has been provided along with a modded version of it for download in a tested form so that you, dear ones, can easily download and enjoy this beautiful game. Trojan War is a simple title that tells the legend of the famous Trojan War, which was a great battle between the forces of the city of Troy and the Greek soldiers. In this game you are in the role of the Greek army who are ordered to attack Troy and return Helen who was kidnapped by the prince of Troy (Paris) to the king of Sparta, Menelaus. To do this, you must disembark your soldiers and troops from the same famous Trojan horse and send them to the Trojan forces. This game is not just about attack and attack, and that is why this game is more of a tactical and strategic game than an action and war title. If your enemies take the opportunity to attack you and succeed in destroying the Trojan horse, you will lose. On the other hand, in order to win in each stage, you must destroy the enemy’s defense tower and destroy the enemies one after another. To do this, you must use different forces.

In the game Trojan WarYou need food (meat) to use the soldiers. You have to have a worker to prepare meat. At each stage, you have a certain number of workers by default, which is usually between one and three. They are constantly collecting meat and delivering it to your headquarters, the Trojan horse. By increasing the amount of meat resources, you can employ more soldiers in the same proportion. For example, each swordsman needs 120, each archer 300 or every worker 150. Usually amateur players just wait for the amount of resources to increase so that they can provide offensive soldiers, but the main point is that you have to use the workers at the same time as the soldiers to increase the amount of resources you collect and speed up your action. Whenever you feel that your army is large enough to attack and defeat the enemy forces, you can press the attack button to direct them to the enemy territory and use the retreat button whenever there is a need to retreat. Enemy soldiers also attack you randomly, usually when they are ready. So you have to be ready to face them at any time in Trojan War. As you progress through the stages and collect points and money, you can unlock better heroes and troops, upgrade your heroes, and strengthen your base. In addition to regular battles, you can also use the mythical forces provided to you by the Greek gods in critical situations against enemies. Beautiful and attractive Trojan War game with very good graphics and 3D but optimized designs can keep you entertained for a long time.Download Usroid and enjoy a lot! To date, this game has managed to score 4.0 out of 5.0 . 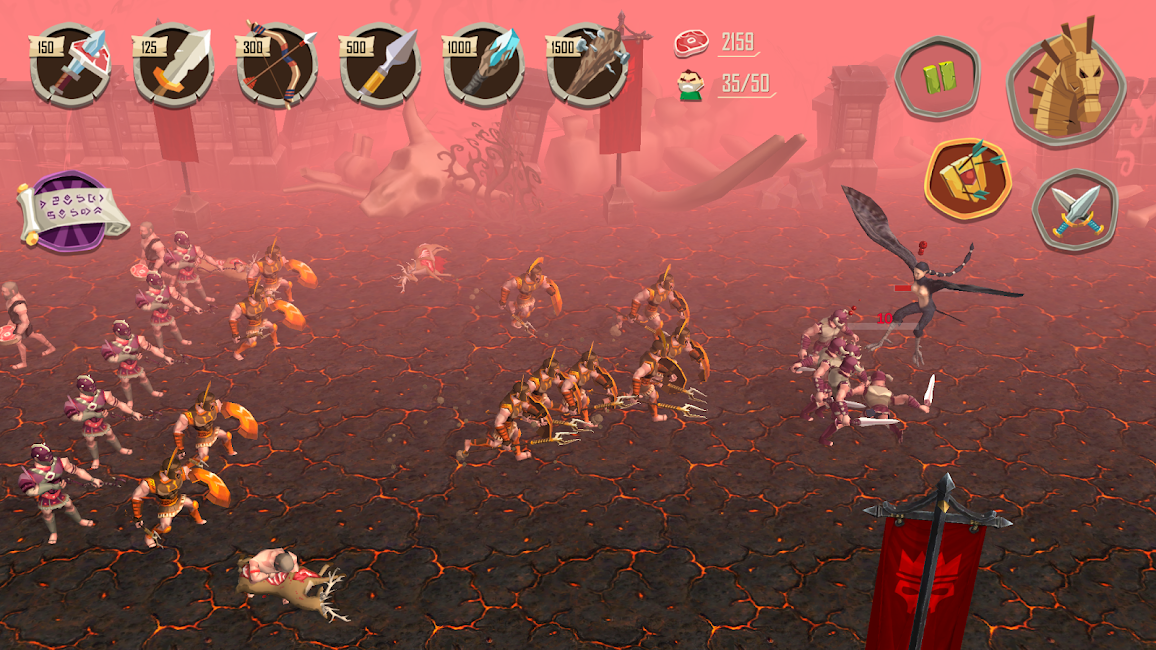 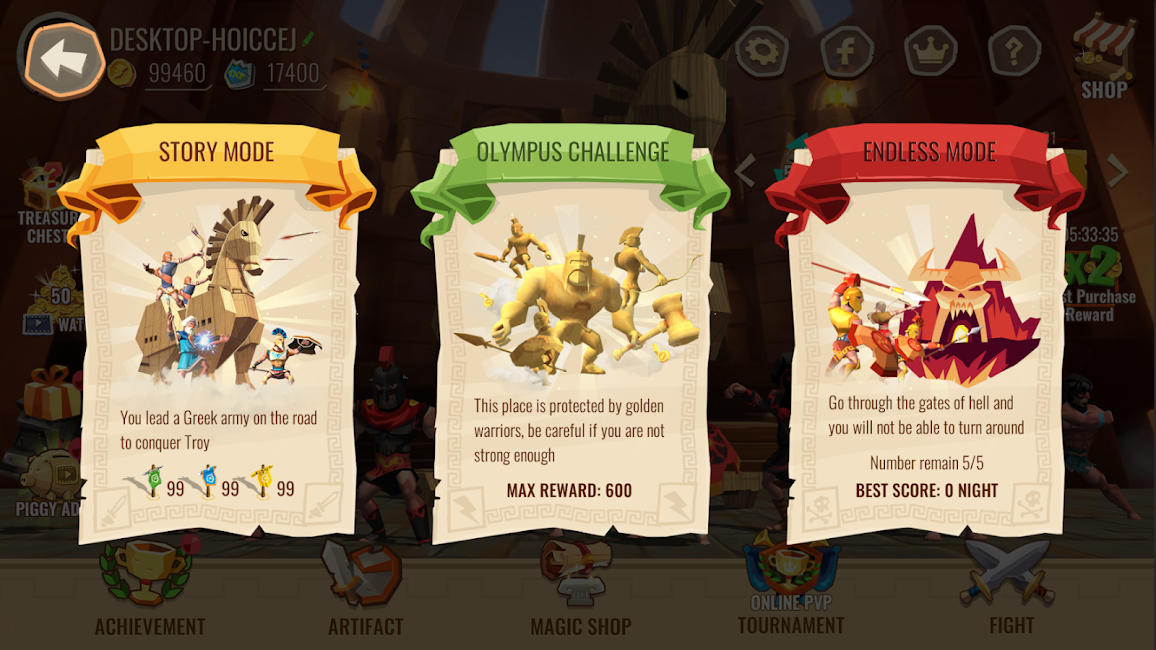 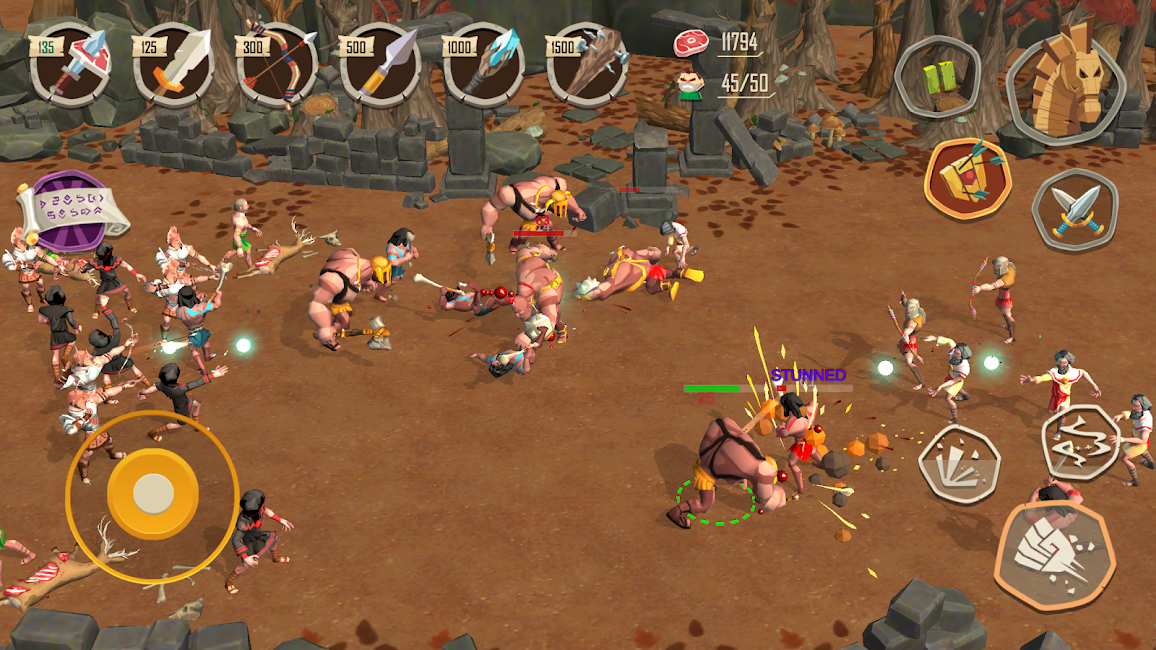 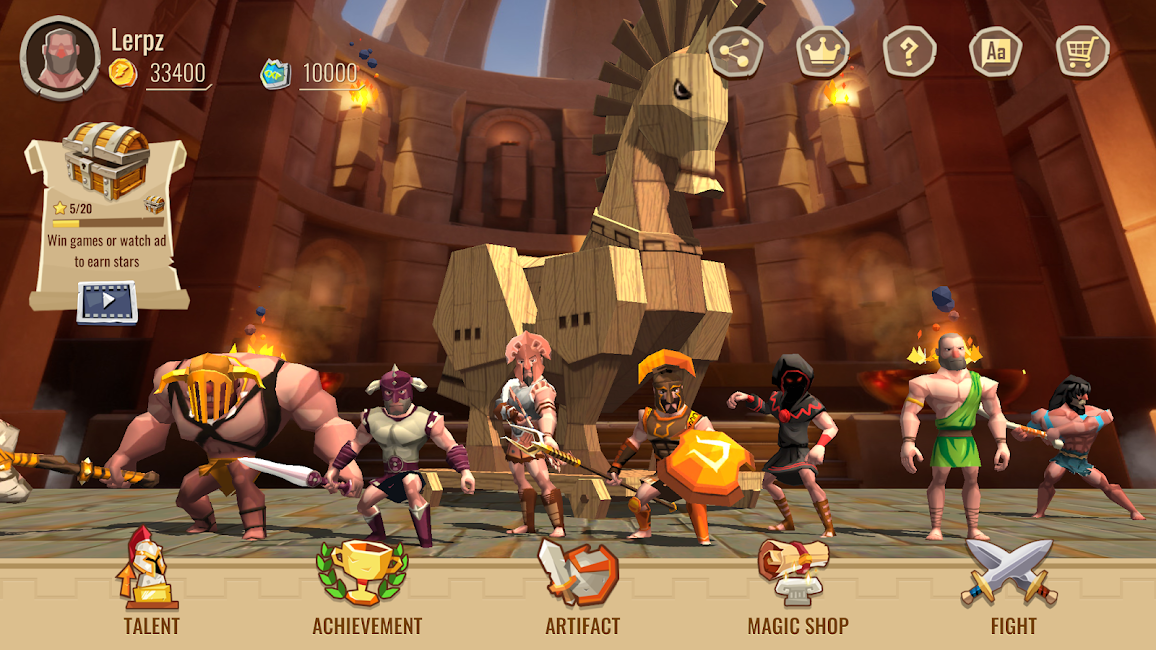 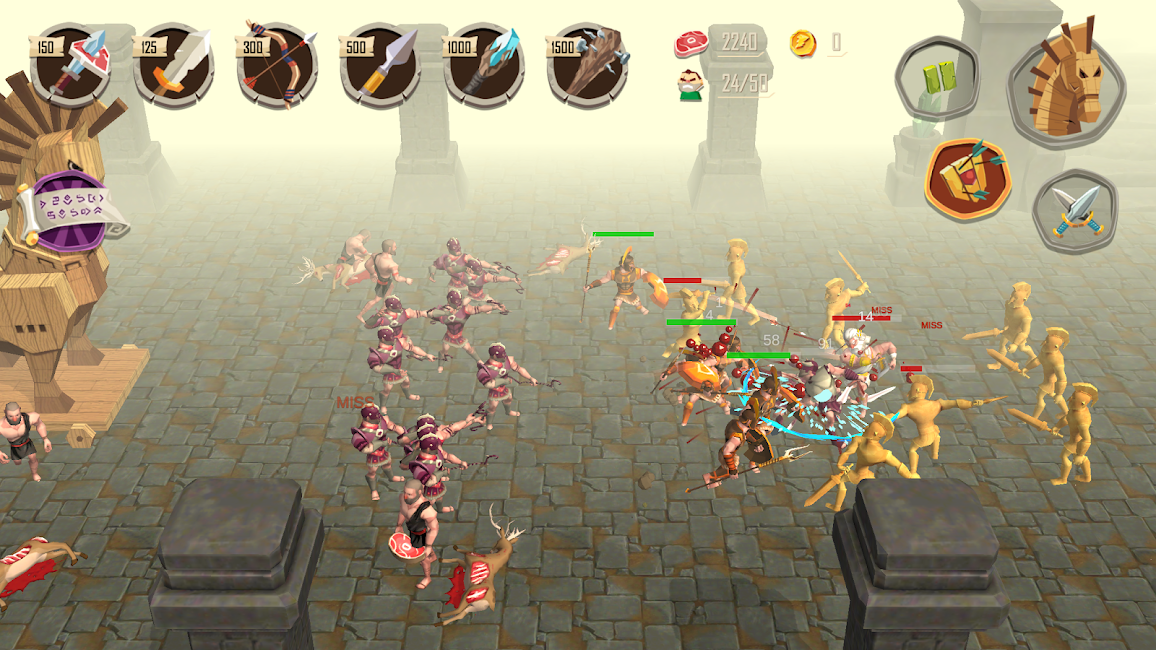 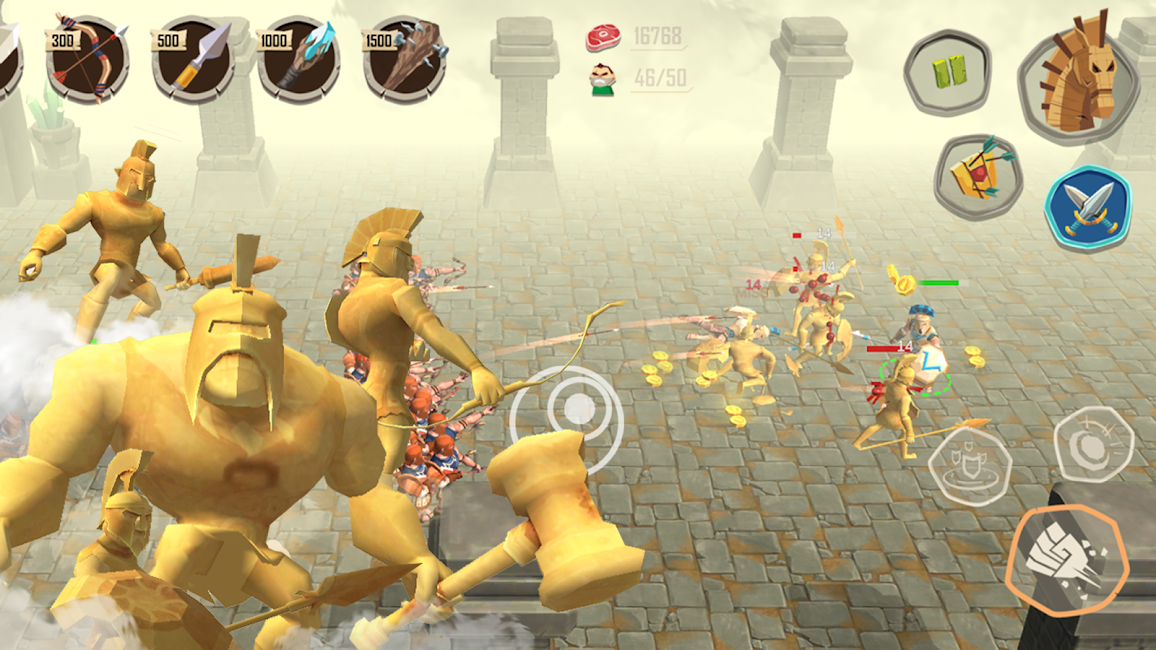