Trucker Real Wheels – Simulator – Driving with heavy vehicles is the title of a two-dimensional game in the style of driving simulator, which is produced and offered for free by the new Russian studio ILXAM, and Usroid, as usual, for the first time in Iran Introduces, reviews and publishes this game on the web and invites you to download the regular or modded version. If you are already familiar with games in the same genre, especially titles like Mini Trucker, you will certainly notice at first glance the similarity of these games with Trucker Real Wheels – Simulator. This game is not much different from similar games in this genre, and just like them, in this game you are in the role of skilled drivers of heavy vehicles, most of which are large trucks and trucks. Of course, in addition to trucks, there are other cars in this game, such as vans or even tractors. The main purpose of making this game is to experience a dynamic and realistic gameplay of riding in relatively difficult conditions with heavy vehicles. But your mission in this game is to move many goods and loads from one point to another during different stages, with the help of these cars and trucks, to pass the stages and missions of the game in this way. let the.

In Trucker Real Wheels – Simulator, you can play with all kinds of trucks. Before starting the steps, you can select the car you want and upgrade it by upgrading various parts such as engine power, fuel tank and speed. In these three sections, 10 upgrade stages are considered for each car. You can also change the body color of the car or adjust the height of the shock absorber from the customization section. After selecting the desired car, it is time to buy and use the porters. For weak cars you have to use smaller porters and for large trucks you can use larger porters. Trucker Real Wheels – Simulator game designs are very well done and although the whole game is 2D, good details can be seen in it. Also, the very good design of different weather conditions and roads has made this game more realistic. In the gameplay section, there are many simple and practical controls. To play the game correctly, you must use the rules of physics correctly, otherwise you may not be able to complete the game stages. Trucker Real Wheels – Simulator, although it has attractive features and good designs, it is interesting to know that the final volume of this game is much less than expected, and it must also be said that the optimizations made on it have made this title on the device. Android devices run weaker. Then you can download this game as a test in two normal and modded versions of Usroid and become a professional driver of heavy vehicles!

Note: The game is available in Russian by default. To change it to English, just tap Gear (Settings) in the main menu, then select the orange button at the bottom left of the image to display a list of supported languages. Then select the English option to make the game language English.

* Fixed game bugs and problems to experience the best game of this genre! 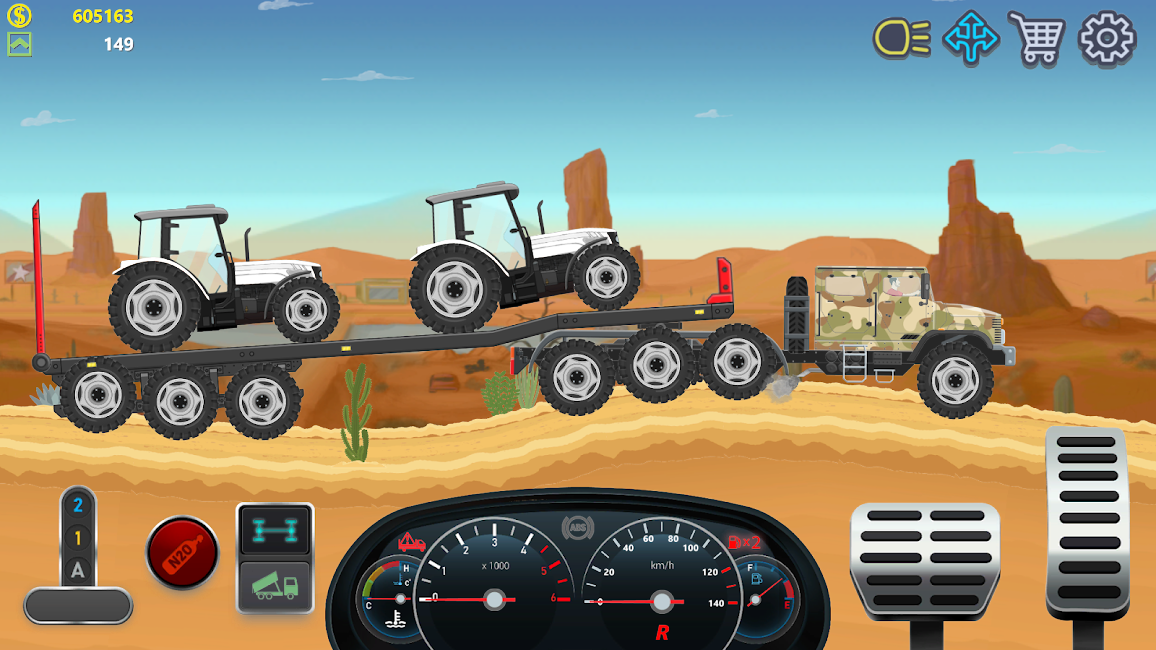 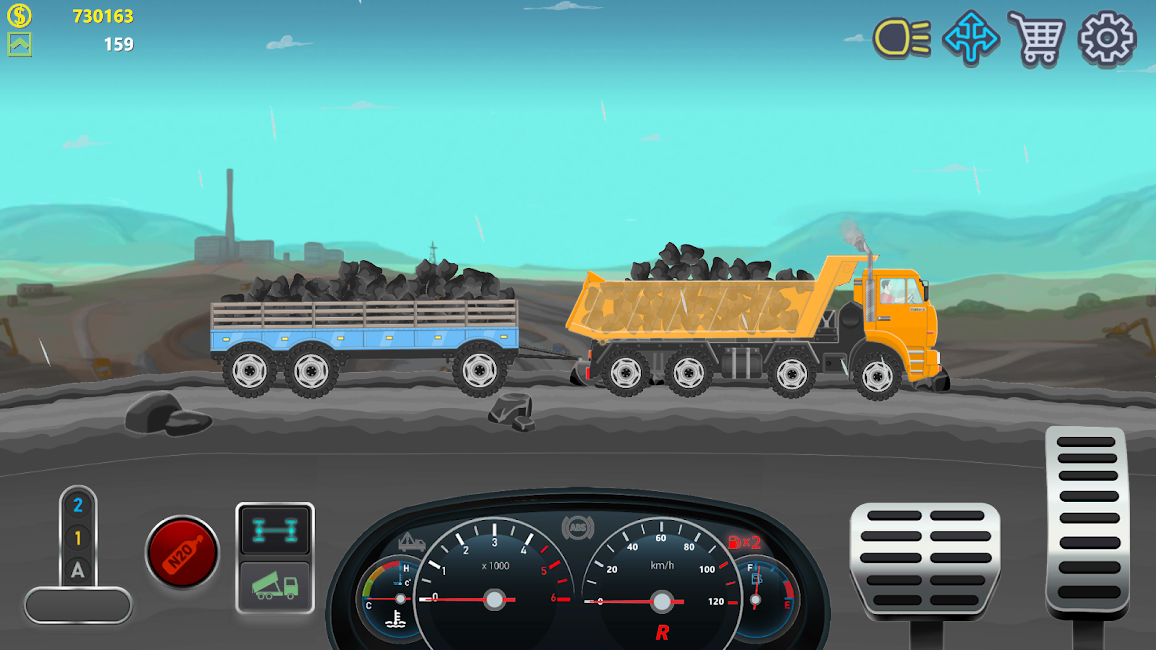 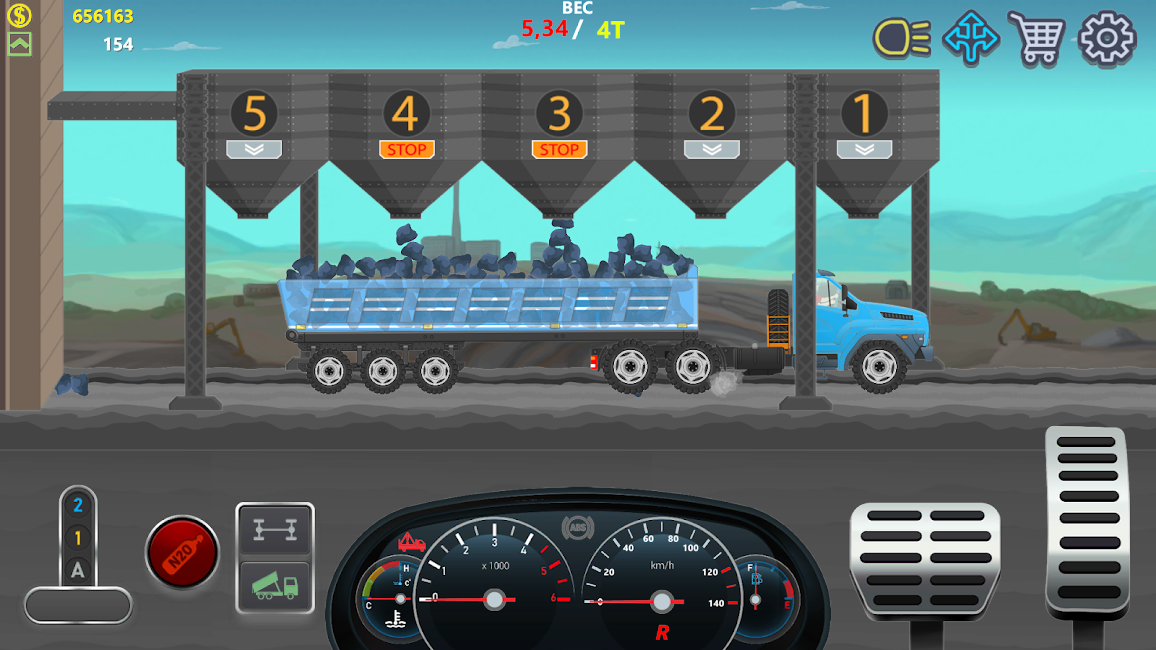 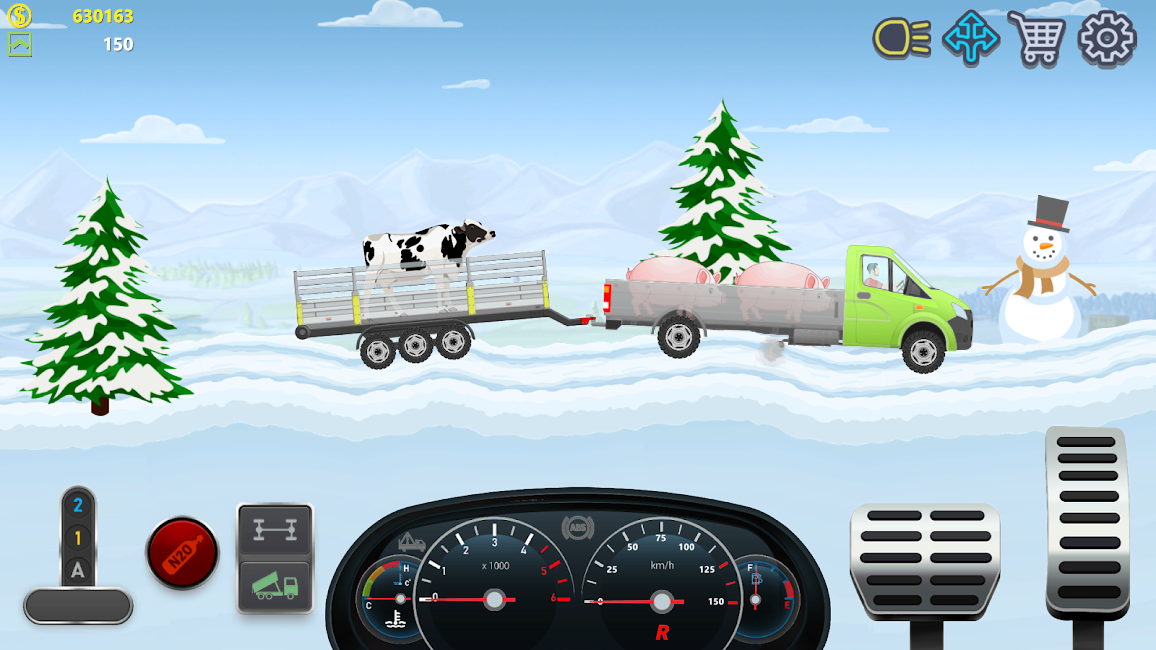 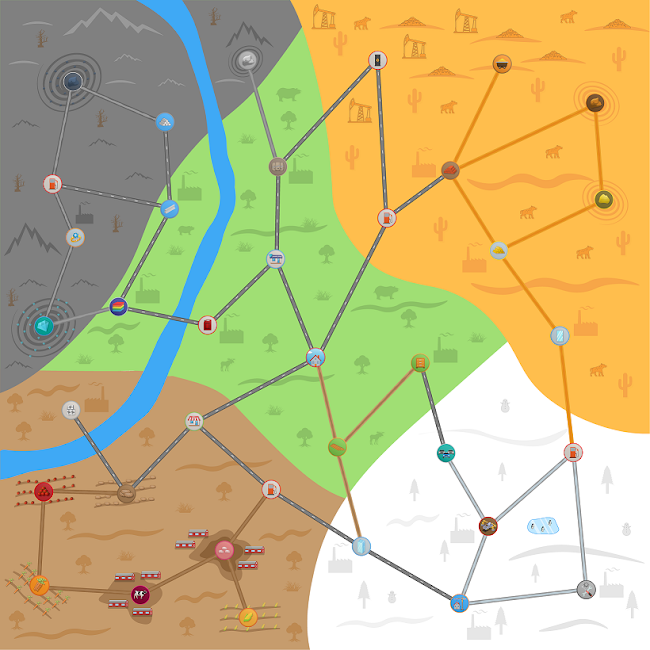