If we consider the iPhone to be the beginning of the smartphone age, we have to accept the fact that the iPhone was introduced as a music player that could also use the Internet. This feature, music playback, was one of the main and most basic functions defined for smartphones. With the advent of smartphones, the era of MPT players has come to an end, and now most people around the world are using their phones to make music and enjoy music. In fact, smartphones are now the only way for many to access their favorite songs. Smartphone makers have realized this need and potential, and now each of them is producing their own music player and installing it on their products by default. This music playerThey often look good but are not very efficient and have never been able to satisfy their users. Since its inception, the Android operating system has always been equipped with a music player application, which also has very basic and minimal features. The high demand of users and the lack of proper response from companies have led many programmers and software groups to offer their own music players, which has led to the emergence of all kinds of music players, which today We are at your service with one of the newest ones. Virtual Music PlayerThe title of a small, fast and simple music player for the Android operating system, developed by thegr1f software group and released for free on Google Play. This program is for those who are tired of heavy music players with many options and specialized settings, and just want to enjoy their favorite music by pressing a button. In this music player, there is no news of advanced features and all your songs are displayed in one list and in one place. Touching any of the songs, the program starts playing. Of course, controls such as repetition, shuttle, rear, front, next, previous, and so on. Available to the user. For easier access to controllers, you can also access them from the notifications section. The app will automatically search all your device’s memory for audio files, and you can manually update the playlist at any time.

Application Virtual Music Player Music Player is fast, simple to understand and away from the usual complexities of modern music player that has the consent of Android users Score 3.4 from 5.0 from Google users receive. Now you can download the free version of this program along with all the features and capabilities from Usroid for free. 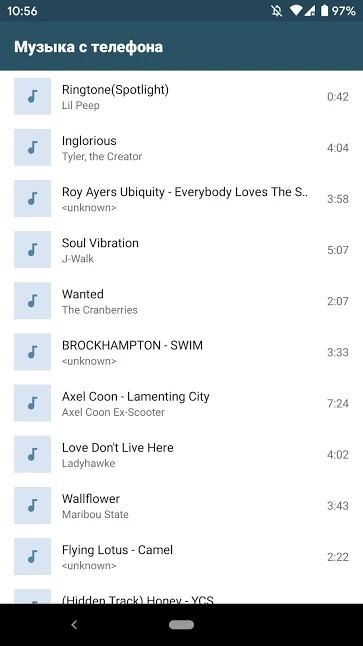 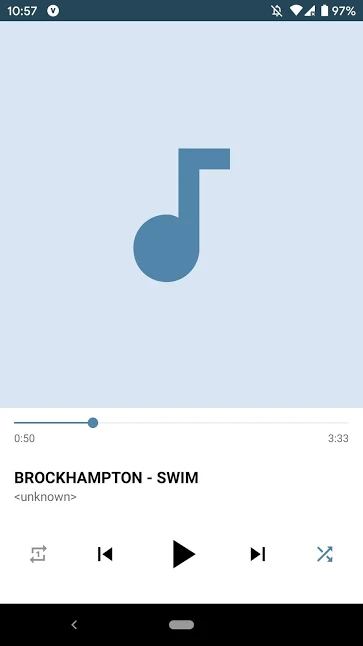 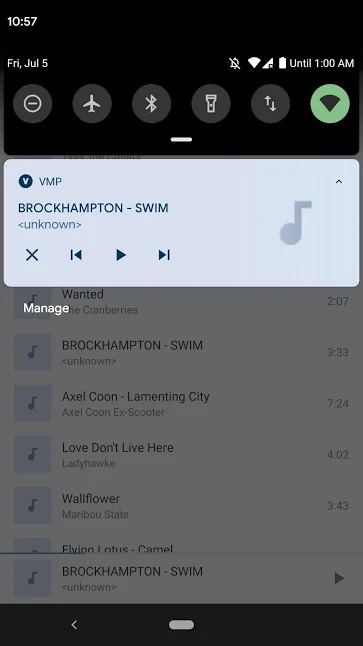