Wacky Run is the name of a game in the action genre that has been published by VOODOO game development studio for mobile devices with Android operating system. VOODOO game development studio is one of the most famous game development studios in the Android market, and most gamers know this Carbald game development studio well and remember its games. This game studio creates dozens of interesting and fun games and games like Crazy Kick , Draw Climber , Planet Bomber, Has in his game development record. Wacky Run is another good game of this game studio, as soon as you enter it, you can see the signature of VOODOO game studio. Simple graphical space, simple game world, simple gameplay, and simple mechanisms are the same things that can be seen in all games of this game studio, and Wacky Run is no exception to this rule. This game has been able to bring another unique experience for gamers with its own simplicity, and with more than 10,000,000 downloads in the Android Market, it has been met with an unparalleled and exceptional reception. This game is one of those games that looks deceptive but is not really what it seems. At first you may think you are on the side of a simple and childish game, but Wacky Run, despite its simple gameplay, is very difficult and challenging and will undoubtedly surprise you. Wacky Run is in many ways similar to the popular Run Sausage Run game from Crazy Labs by TabTale, and it is clear that it was inspired by this game. But at the same time, this game has its own feeling and it is clear that a game is completely different and is not a copy game at all. The developers of this game, as always, have done a good job and their new game will definitely satisfy you.

While Wacky RunIntroduces itself in the action genre, but it must be said that this game is more like a racing game than an action game. This game gives you control of a sausage-like character and asks you to compete with your other rivals in two different race tracks, which are the same stages of the game, and try to get ahead of them all, and first Become. Your competitors are not many and in fact you compete with only 3 opponents in all stages of the game. But the stages have many and varied obstacles that are constantly changing and testing your decision-making skills in the moment. In the face of obstacles, you must be quick and make timely decisions so that you can overcome them. Of course, you can get diamonds by gaining the first place, and then use these diamonds for upgrades such as speed to return to the game and increase the speed of running, and it is easier to overcome the obstacles of the game. Obstacles to the game are really difficult and you can never predict them. But this does not mean that the game intends to punish you with its obstacles. Quite the contrary, the obstacles in the game are really interesting and unique and make you excited from the beginning to the end of the game and never feel repetitive and monotonous. Also, trophies make you really addicted to this game. At the end of each stage there is a trophy that you can only get if you are far away from your other rivals when you reach the end point. Gaining a trophy is even harder than overcoming obstacles, but gaining it feels good and persuades you to go back into the game every time and try your luck again. Wacky Run has been able to get votes from gamers in the Android MarketGet a score of 4.0 out of 5.0 and the Usroid teamintends to provide the original version and the modded version without any restrictions in a tested and completely free way. You can now download this game through the direct links at the bottom of the article and enjoy it!

Note: In the game mode version, you will receive infinite rewards without seeing ads. 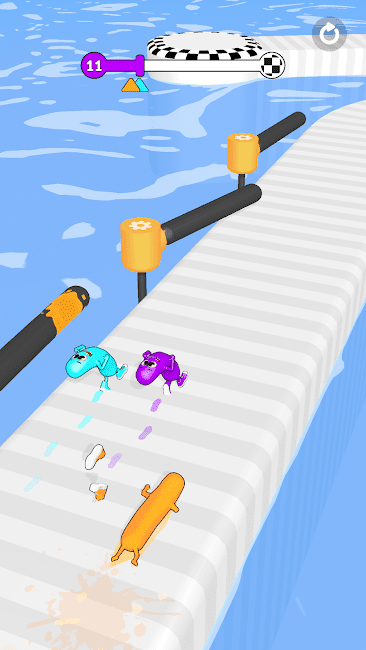 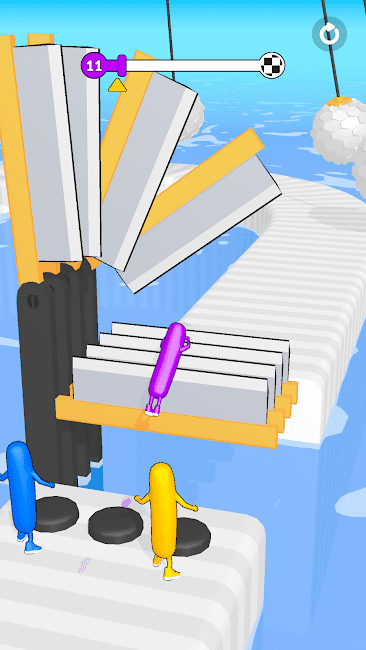 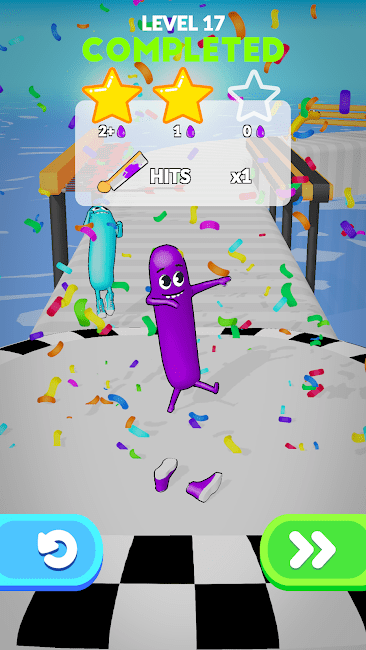 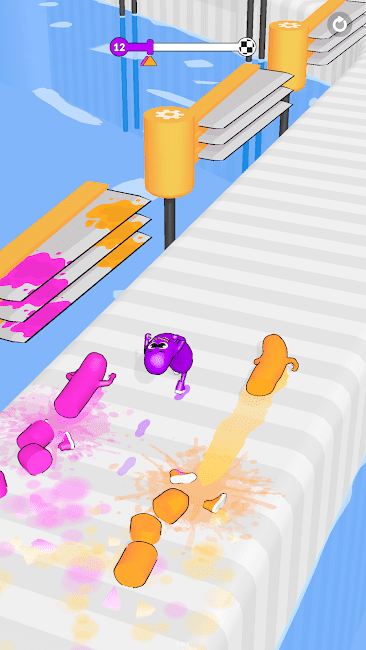 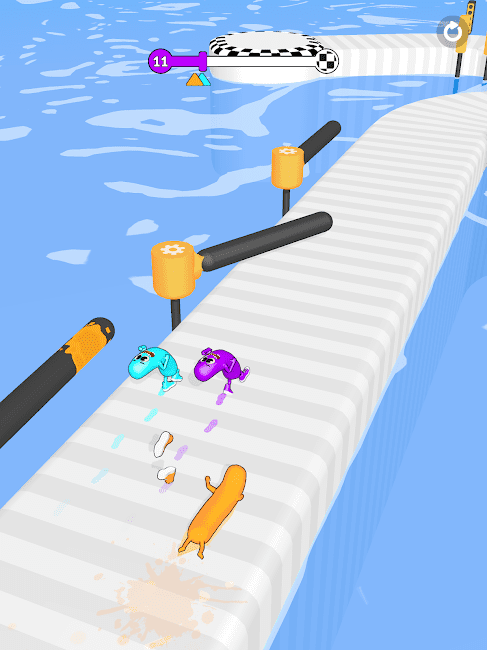 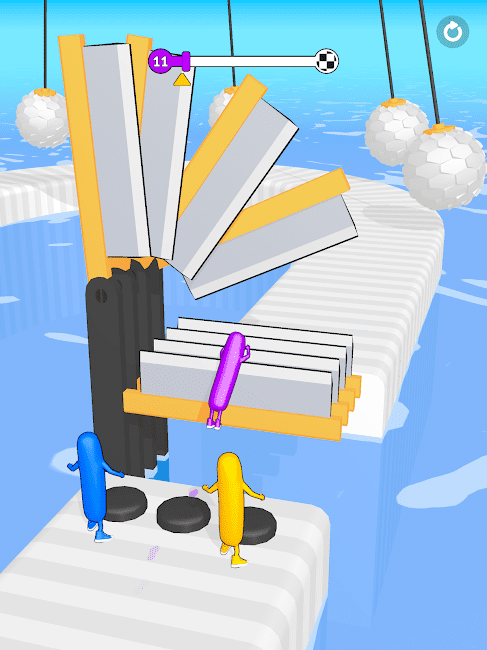 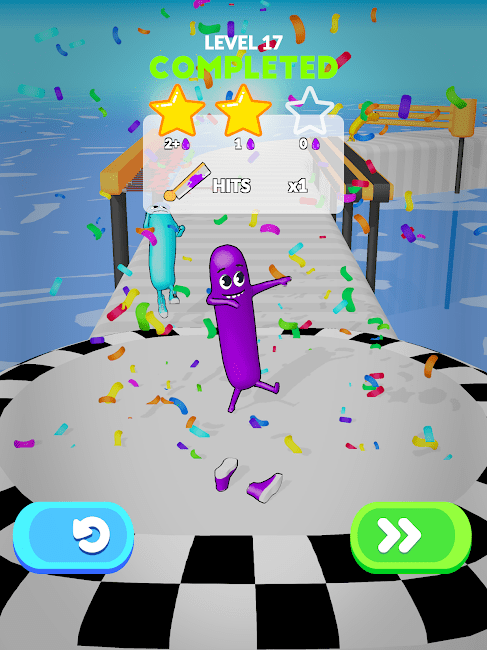 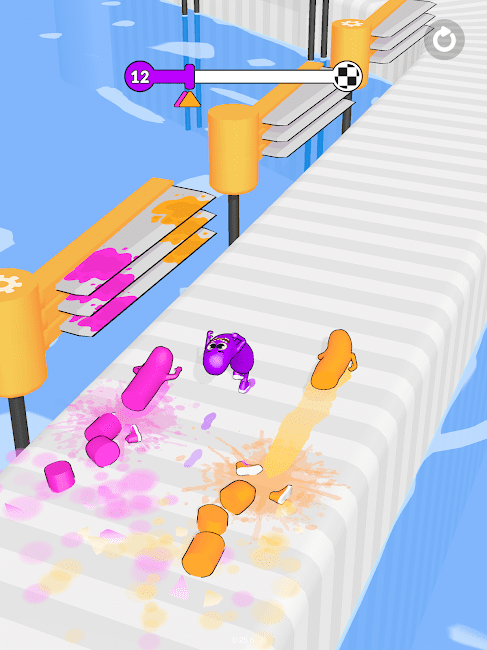