Whipseey – Vipsi is the title of an adventure game created by Crescent Moon Games for $ 0.99. Released for Android devices. Whipseey is a very fun and entertaining game in the platformer style. Undoubtedly, platformer-style games are among the games that have a lot of fans in the adventure genre. This game has been able to bring out a game that is suitable for all gamers by presenting its simple gameplay and using the easy platform platform elements. You can’t dislike this game. Although the game is clearly inspired by Kirby games, it also has its own atmosphere and is not comparable to other games. Your adventure in this game is summed up in a few short stages, all of which end in a bass fight. This adventure will be shown to you in the form of a cut scene from the very beginning. You are in the role of a boy who, like Jumanji, has entered a magical book and entered the land of Vipsi in the form of a Vipsi. Upon arrival, a princess comes to you and gives you a whip for the land of Vipsi. After that, you will enter the first stage, which has the shape and image of the coastal part of Vipsi land, and you will start your own adventure. Your main goal in all stages will be to find the orbits of the land of Vipsi so that you can become human again.

The first stage of Whipseey gameIt starts out simple and lets you get acquainted with trial and error and a little up and down game control. You don’t have to fire missiles or fire atoms, you can jump, attack enemies with your whip, or press your jump button to make your whip a helicopter and slow down. And move left and right. During the 5 stages of the game, you will not receive any power-ups, bons, abilities, unlocks, and the like. We can’t say that this is a negative point for this game, but without a doubt, the creators could have added these things to the game and created more challenges. The enemies of the game are similar to the enemies of Super Mario Bros. and Mega Man games, and they have interesting offensive and defensive patterns. By killing these enemies, you can get jams that are either small and you get 1 jam or they are big and you get 5 jams. During the game, you have a certain number of lives that by collecting 100 jams, you can add 1 life to your lives. All in all, the gaming experience can last from 30 to 45 minutes, and we’re not dealing with a deep game in terms of content. However, as mentioned earlier, Whipseey is a very exciting game worth trying, and one of those games that you can’t help but love. Whipseey was able to win the votes of gamers in the Android marketScore 3.8 out of 5.0 and be welcomed by many gamers. Therefore, Usroid team intends to provide the final and purchased version of this game to you dear ones in a tested and completely free way. At the end of this article, you can download this game from our servers and enjoy playing it! 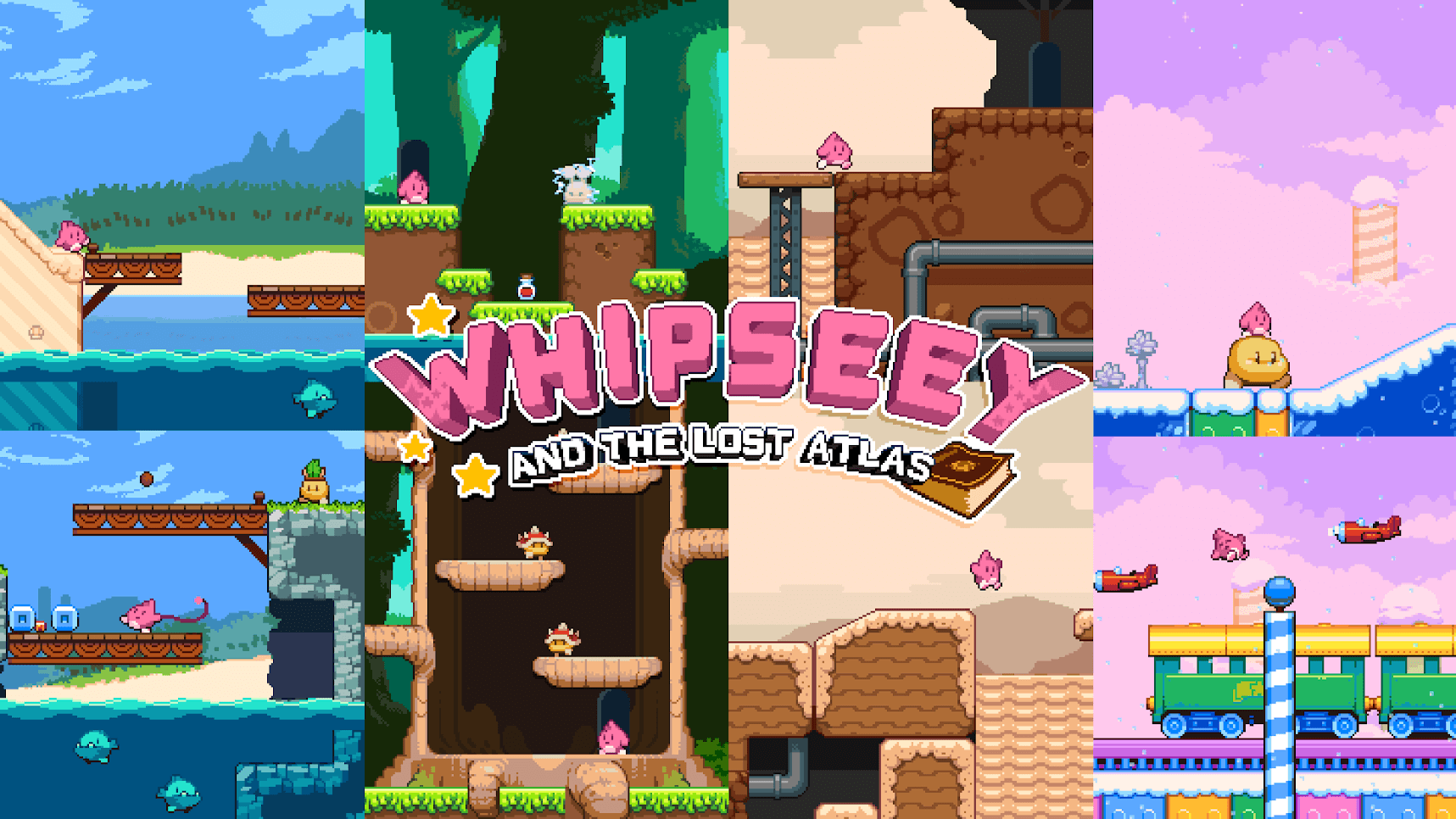 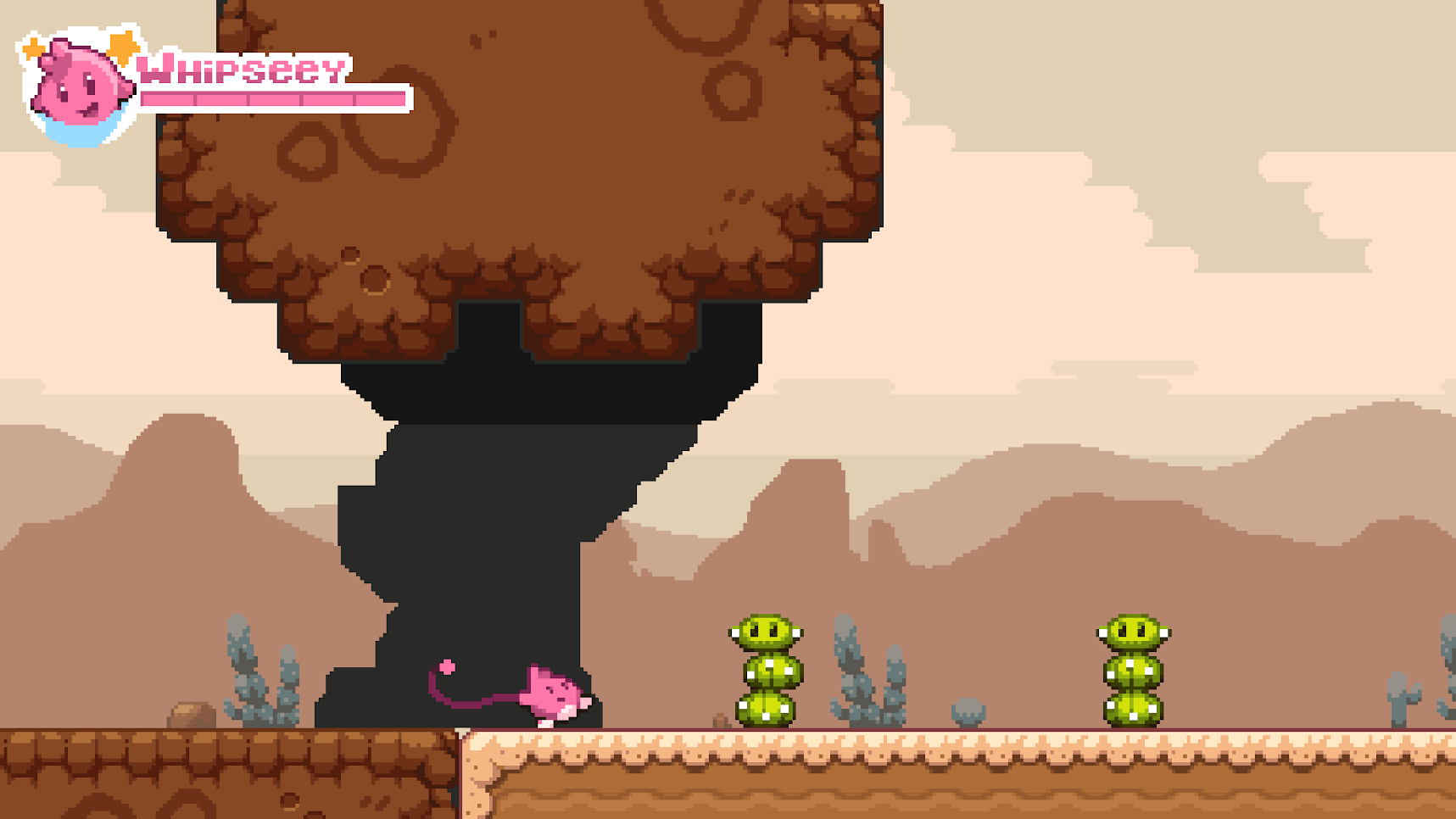 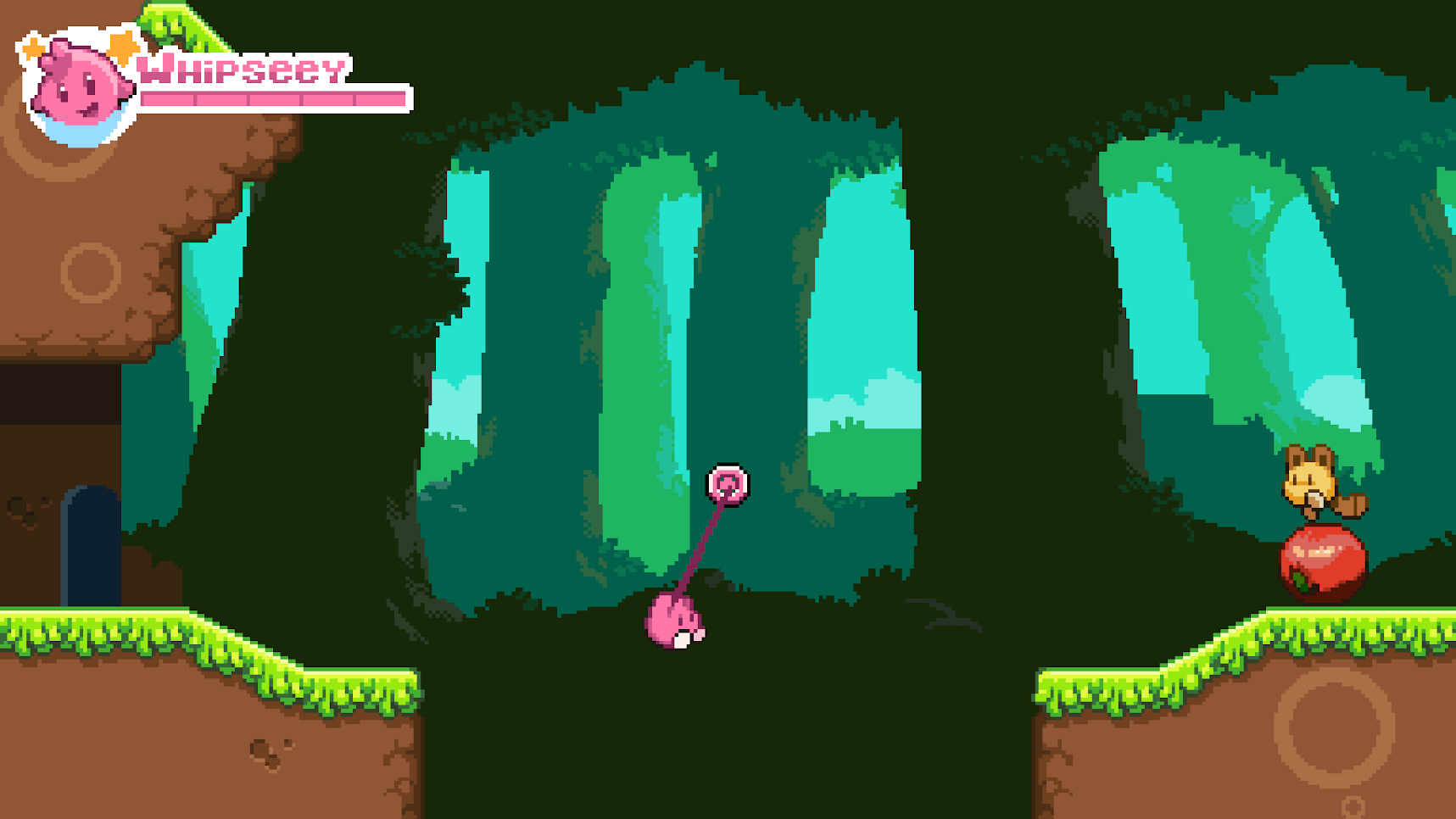 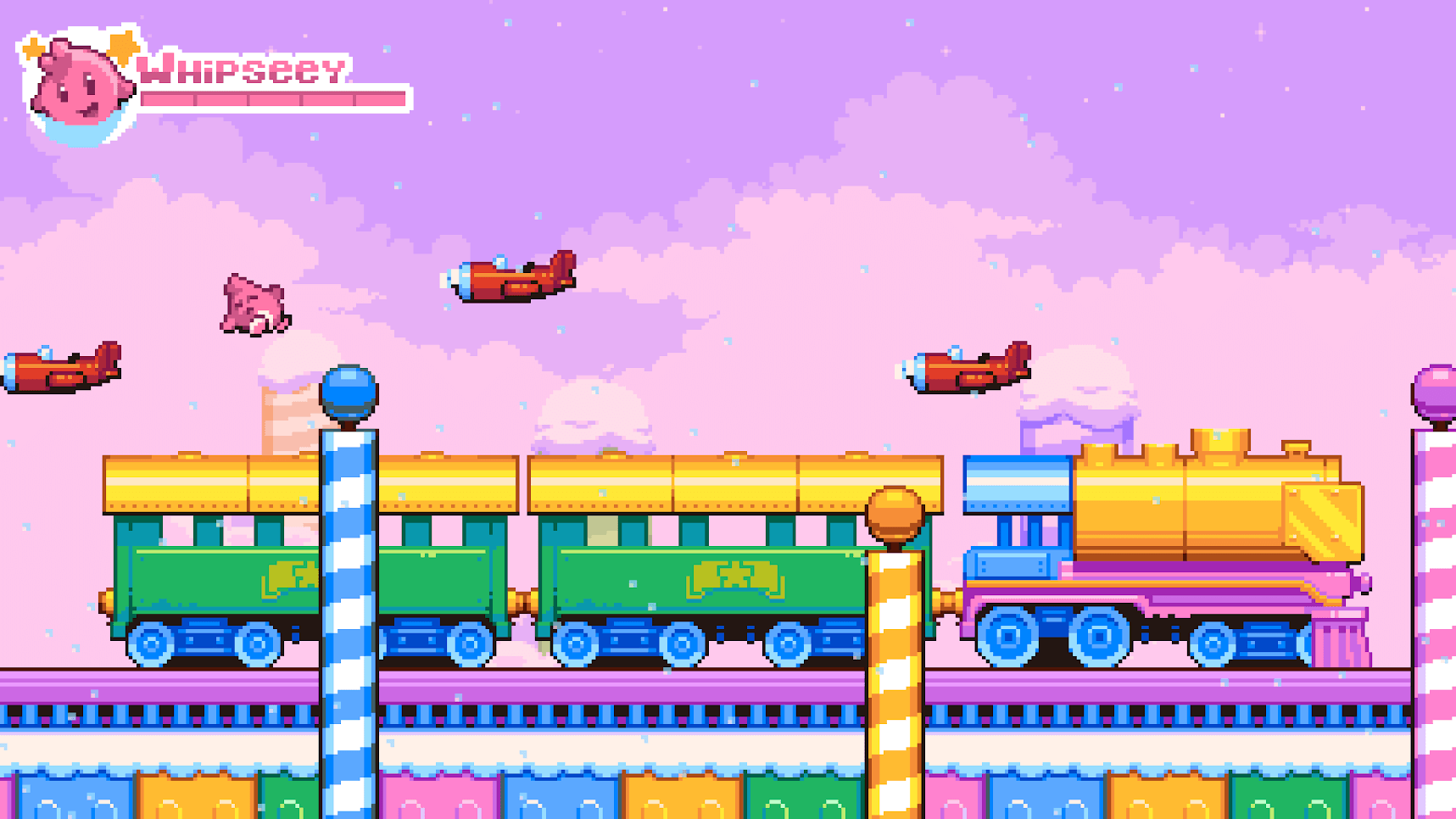 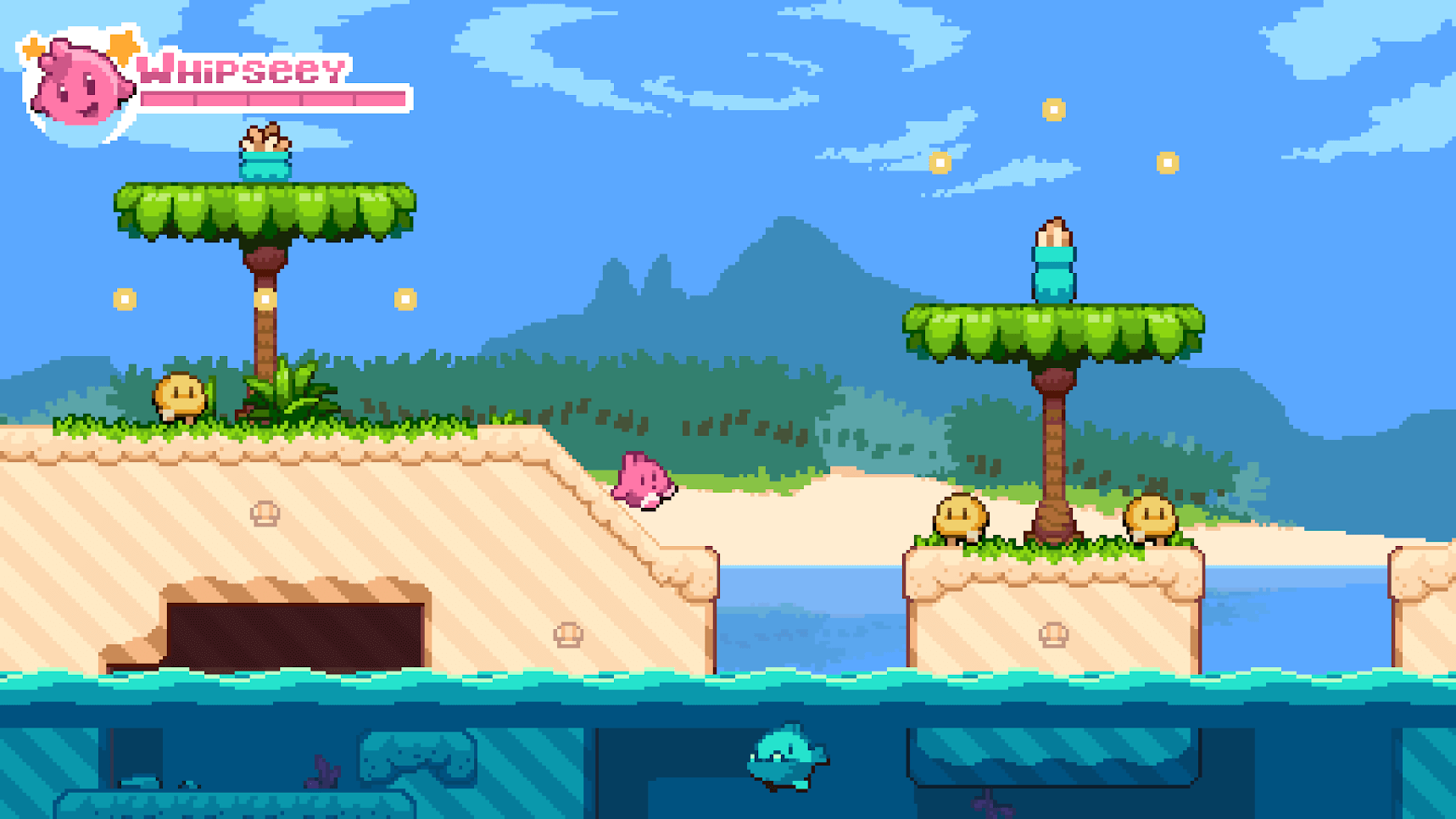