Wonder Merge – Magic Merging and Collecting Games is the name of a puzzle and brain teaser game released by CookApps game development studio for Android devices. CookApps game development studio is one of the most famous game development studios in the Android market and has a very successful game development portfolio with tens of games and millions of downloads. Wonder Merge – Magic Merging and Collecting Games is another good game of this game studio that has been able to bring a unique experience to gamers by providing a unique gameplay. The gameplay of this game is very simple and uses “combined” elements or “Merge” and its mechanisms are not particularly complex at all. If you have tried games like Merge Gardens or Sea Merge, you almost know what the gameplay is like and what you are going to do in the game. But Wonder Merge – Magic Merging and Collecting Games has features that distinguish it from other games. The first obvious feature of this game is its beautiful storyline. For centuries, the “Magic Garden” was home to herds, plants, trees, baby dragons, baby pigs, baby rabbits, and many other amazing creatures. But, as always, the selfishness of its inhabitants destroyed many parts of the “magic garden of heaven.” Now all the creatures in this garden must come together to be able to revive the lost and forgotten parts of the “Heavenly Magic Garden”.

With the help of the “Tree of Life” and all the creatures of the “Heavenly Magic Garden”, you must solve the puzzles of Wonder Merge – Magic Merging and Collecting Games and discover the evolution of the “Heavenly Magic Garden” by combining different elements. One day, he kept everything together and kept it in joy and happiness. Another great feature of Wonder Merge – Magic Merging and Collecting Games is its fantasy and legendary world. From the very beginning and by entering the game, you will fall in love with the fantastic graphic space of this game. The artistic design of the characters and items and different parts of the game world is admirable and the animations, effects and professional lighting used in it will be enjoyable for any gamer. In addition to these features, sound effects and sound effects are other good features of this game. The game’s soundtrack is very pleasant and relaxing, and the ambient sound effects and the sound of the characters make you immerse yourself in the game. But these features are only a small part of the good features of this game. Wonder Merge – Magic Merging and Collecting Games is an all-in-one game and can be a fun and enjoyable pastime to fill your free time, and we definitely recommend it. Wonder Merge – Magic Merging and Collecting Games was able to get an excellent score of 4.6 out of 5.0 among gamers’ votes in the Android Market and was welcomed. Therefore, Usroid team intends to provide the original and modded versions of this popular and popular game to you dear ones for free, without any restrictions. Now you can download this game, which has already been tested by our team, through the direct links at the end of the article, and enjoy running it!

Note: Spend money in the mode version, it will increase instead of decrease. 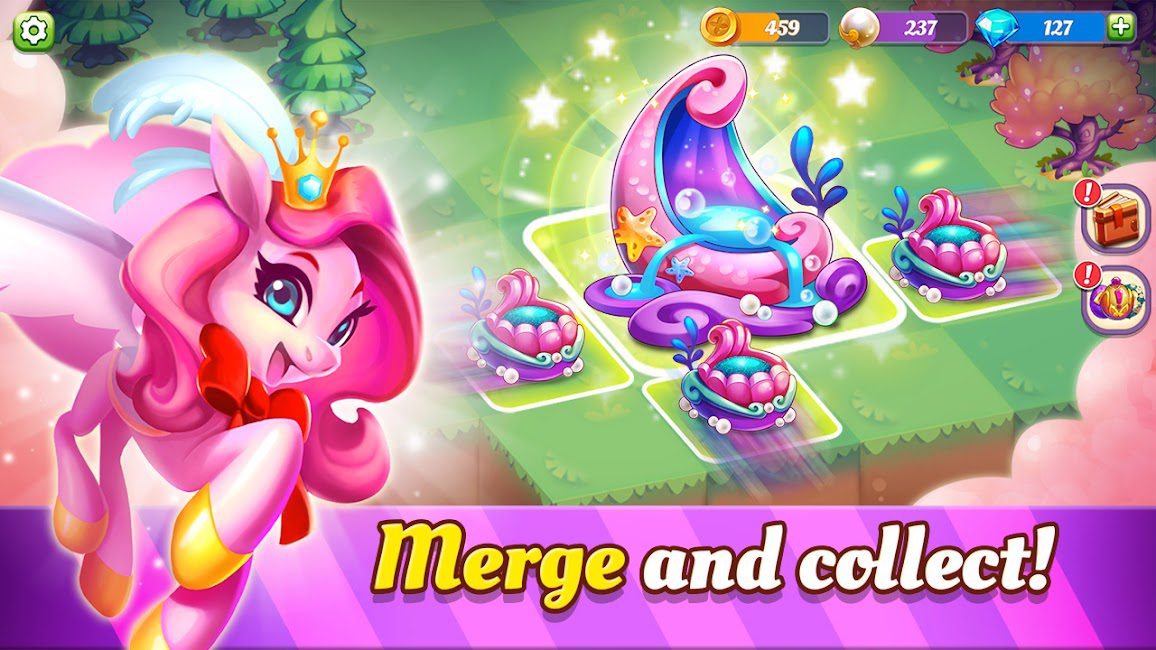 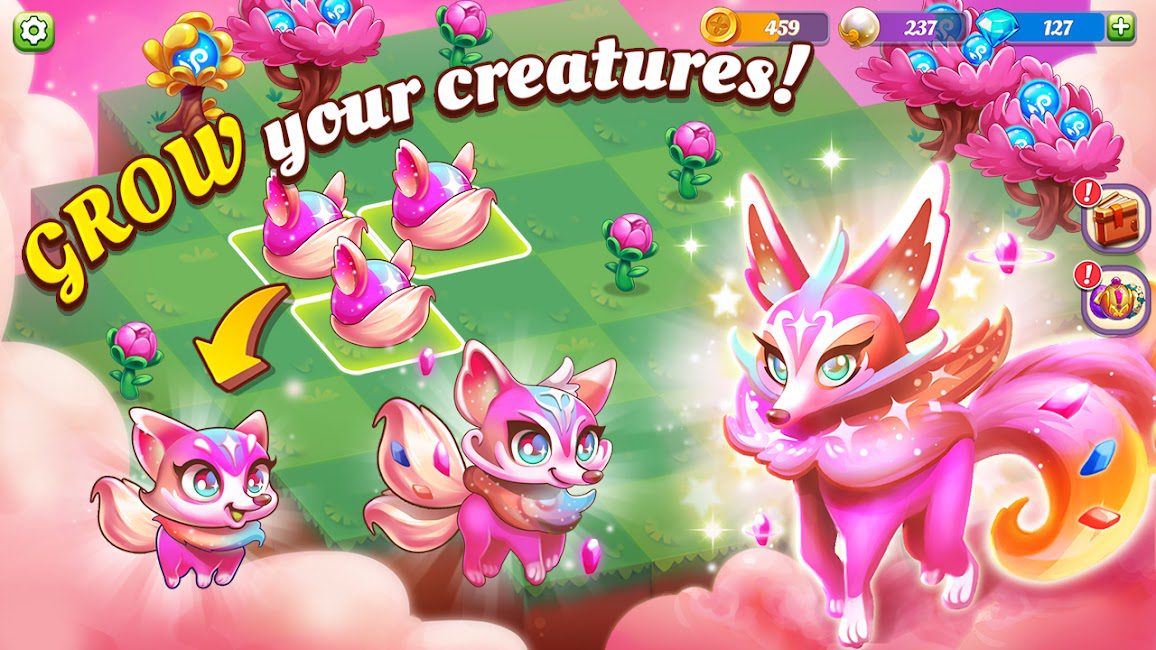 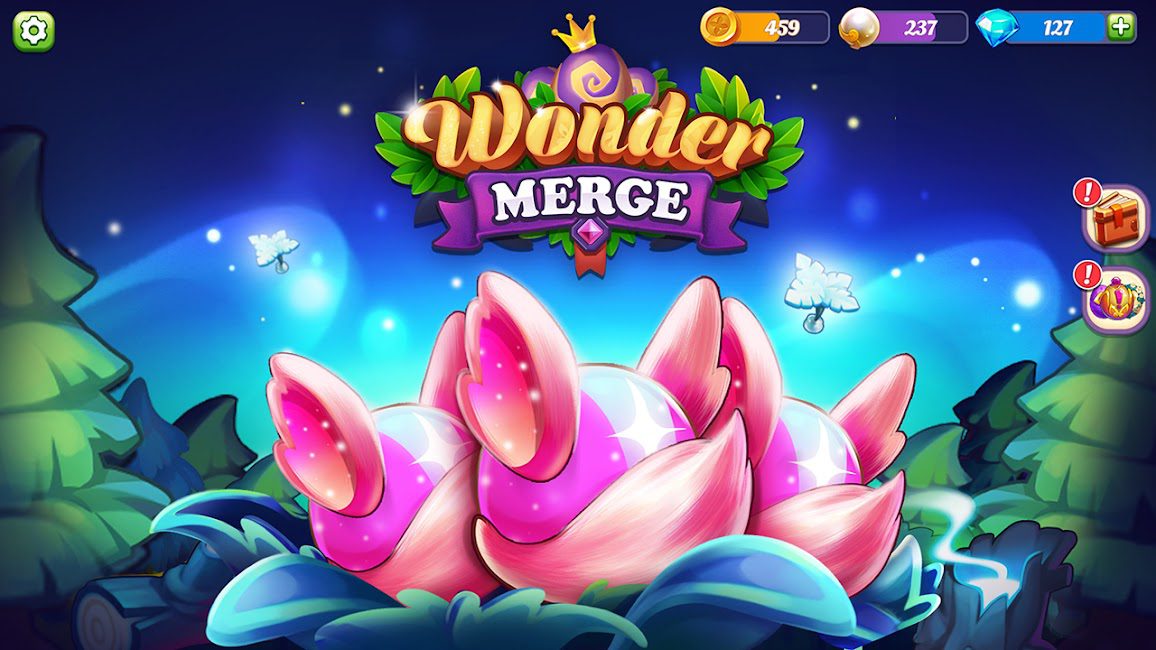 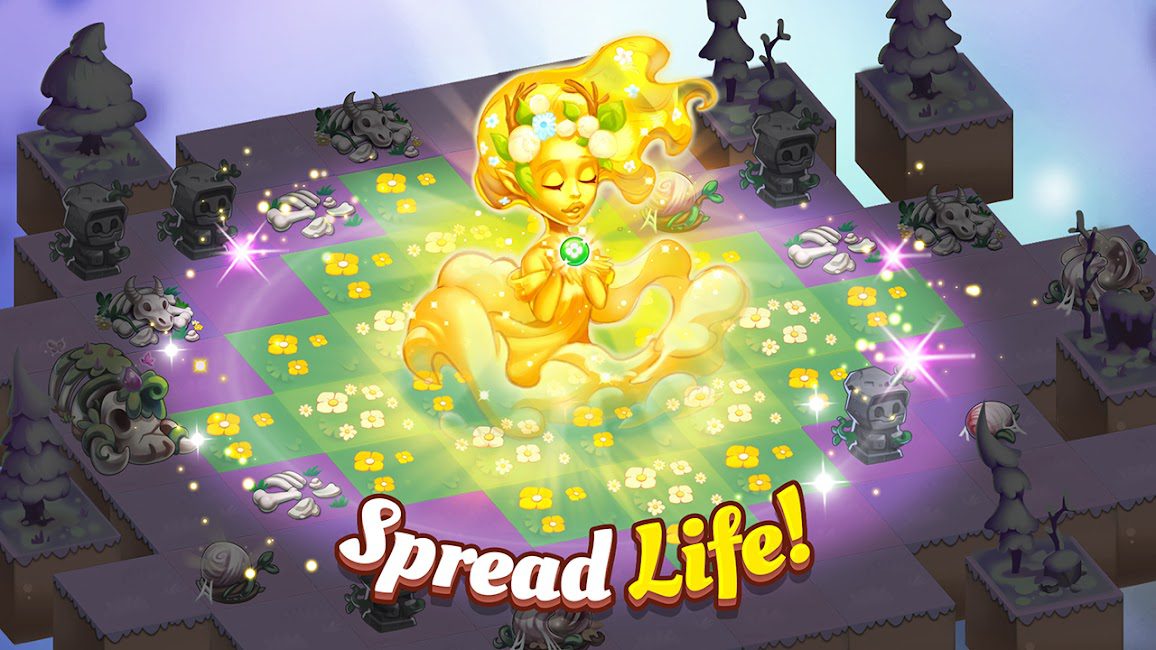 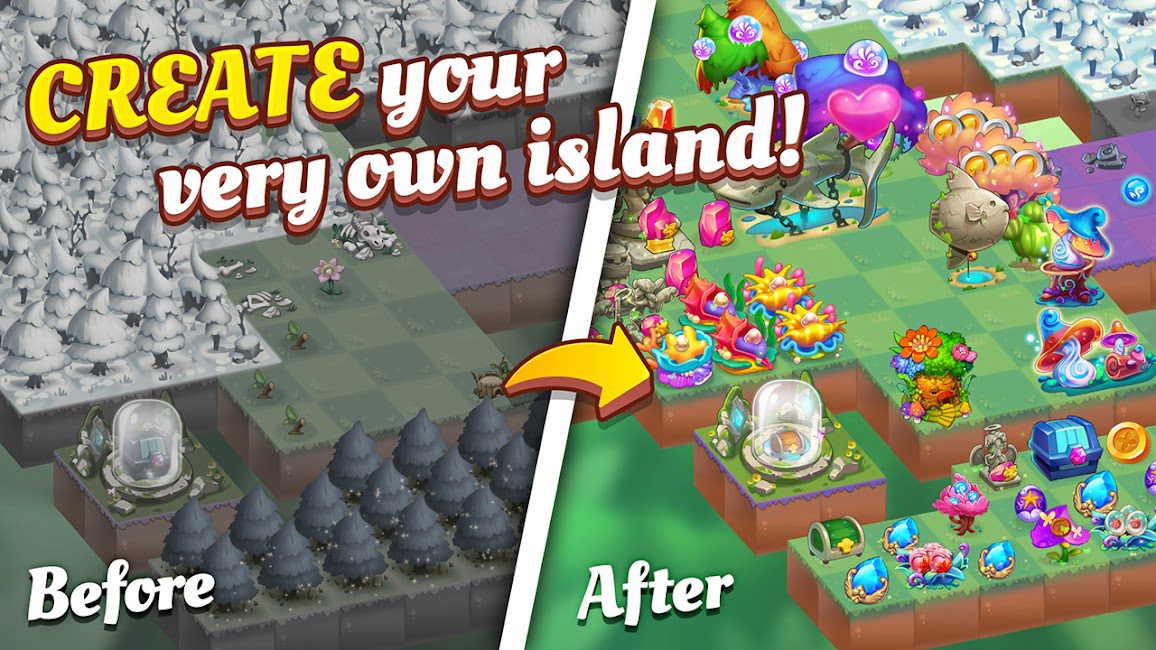 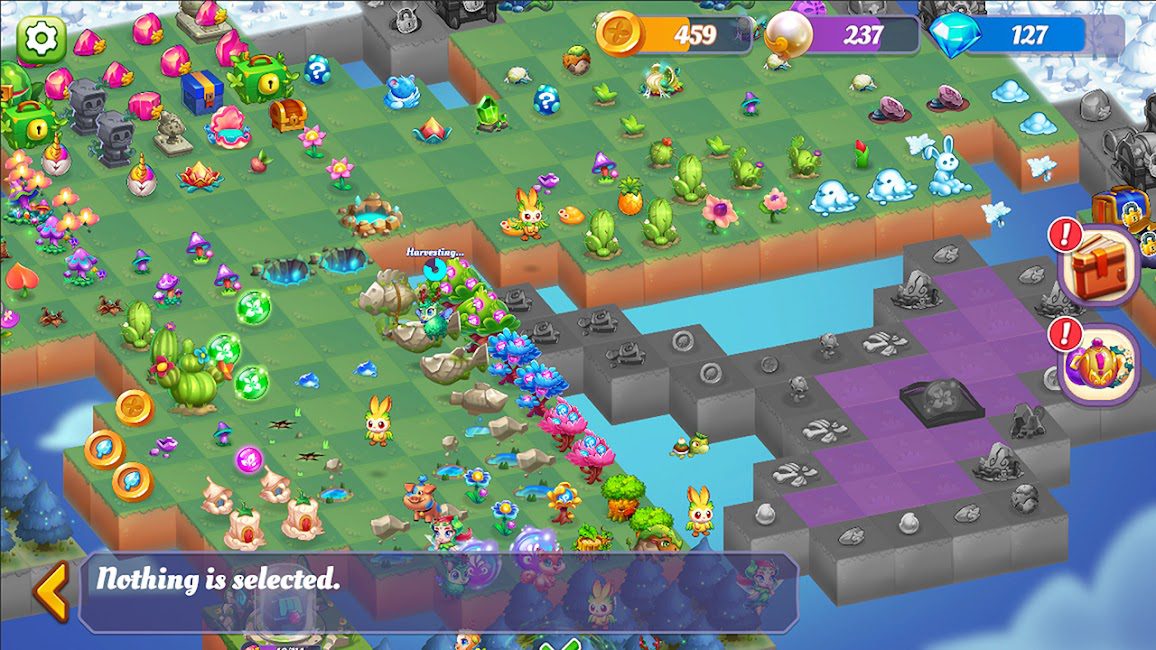 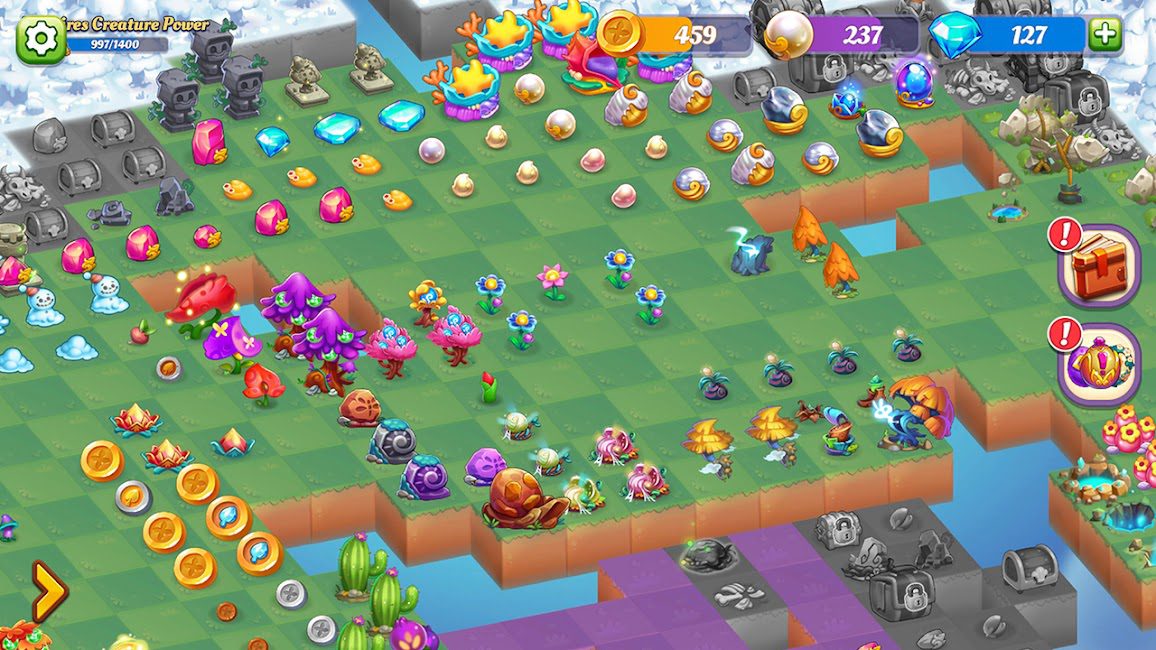 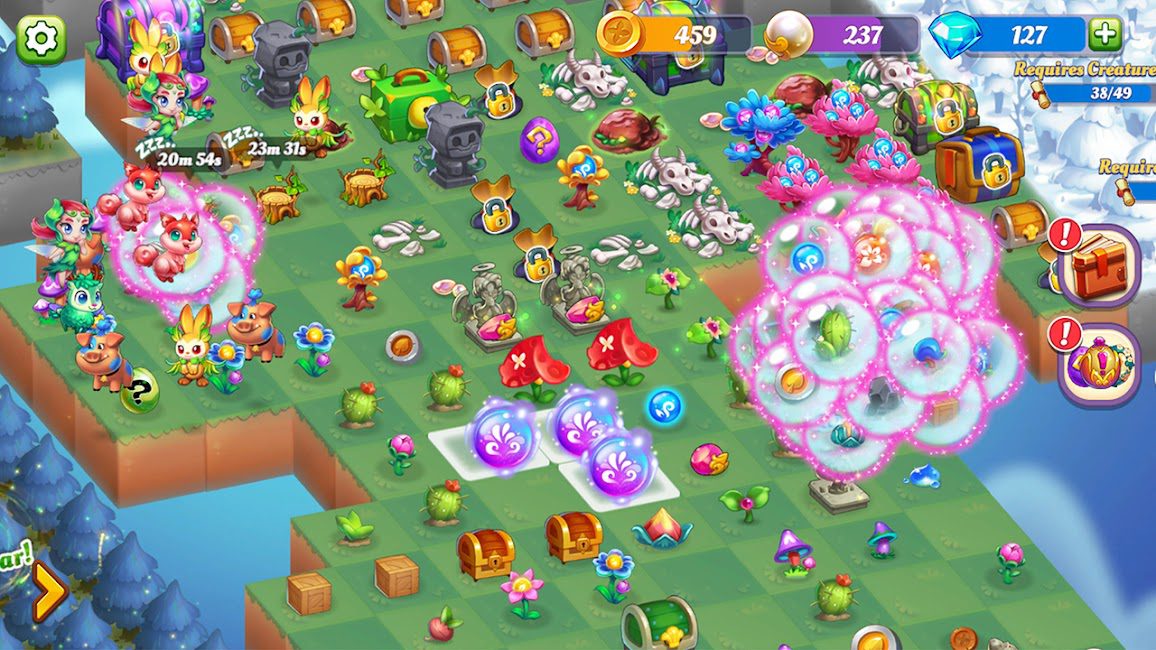