World War 2 – Battle Combat, which is published under the full name of World War 2 – Battle Combat (FPS Games) on Google Play, is a free and very well-made title in the action and war style of the first-person shooter or First Person Shooter (FPS for short) is a popular German studio from Edkon Games GmbH, the creator of popular games such as Crime Revolt – Online Shooter, Modern Ops – Online FPS or Fire Strike Online – Free Shooter FPS for the device. It has been released for Android. Usroid, as always, for the first time among all Iranian sites, has introduced your friends to another interesting and action game, and as the first site on the web, has presented the final version of this game. If you are familiar with other Edkon Games, you must have noticed that this game company pays a lot of attention to making Action FPS and online games, and to date has published several famous and well-made titles in this field. World War 2 – Battle Combat (FPS Games) is undoubtedly a sequel to the previous success of this studio, because it should be said that, as other titles of this company were able to achieve great success among fans of FPS games, the game World War 2 – Battle Combat has also been able to attract the attention of many audiences in a short time and has become one of the main choices for many players interested in action and competitive games.

In World War 2 – Battle Combat (FPS Games), which is very similar to the style and theme of games such as Frontline Guard: WW2 Online Shooter, you have to play the role of different soldiers from the warring parties in World War II. In the form of group struggles, go to battle with the forces of the enemies and try to achieve the success of your group and country. The game will take the form of group and online battles. Before starting the game, you have the opportunity to select your soldier from any of the main countries in the war, including the United States, Nazi Germany, the Soviet Union or Japan, and go to the battlefield. The game is completely person-centered and you will see the character’s hand and weapon. You will be able to move around freely, aim and shoot at enemies. It is also possible to use peripherals such as health kits or grenades and… Also in World War 2 – Battle Combat (FPS Games) to make the game more professional. One of the strengths of this game is the excellent graphics, a lot of details along with the optimal designs and at the same time it is completely three-dimensional. The visual effects, destructibility and motion physics are very well-designed. It should also be noted that this game runs at 60 frames per second in Full HD resolution on devices that support these, which means that you in this game with a smooth, detailed gameplay And you are a dynamic party. The game is completely online, but due to the limited number of players currently in it, robots can be used instead of real players. If you are looking for an exciting and action game and you are a fan of war games and team shooting, do not miss this very beautiful and attractive game and get the latest version of it from Usroid for free right now.

Note: In the coming hours/days, a mode with the feature of displaying the enemy in a small map will be added to the download box. [Do not ask about mode]

– Download the data file and decompress it. Copy the com.edkongames.ww2 folder to the Android/obb path of the device’s internal storage. 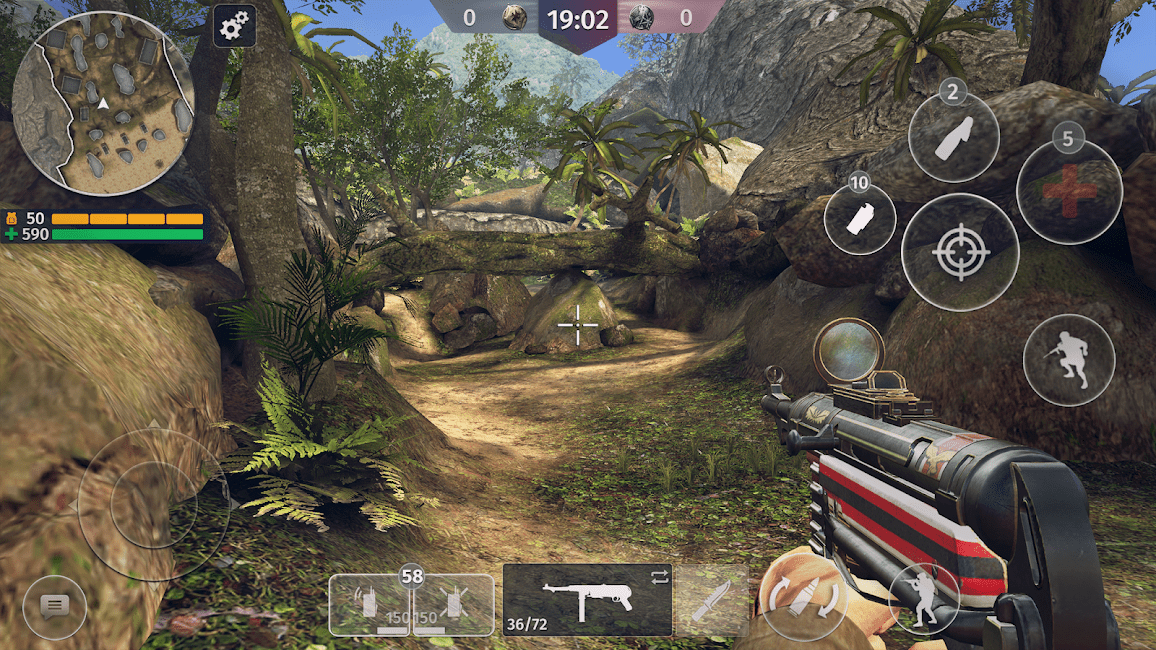 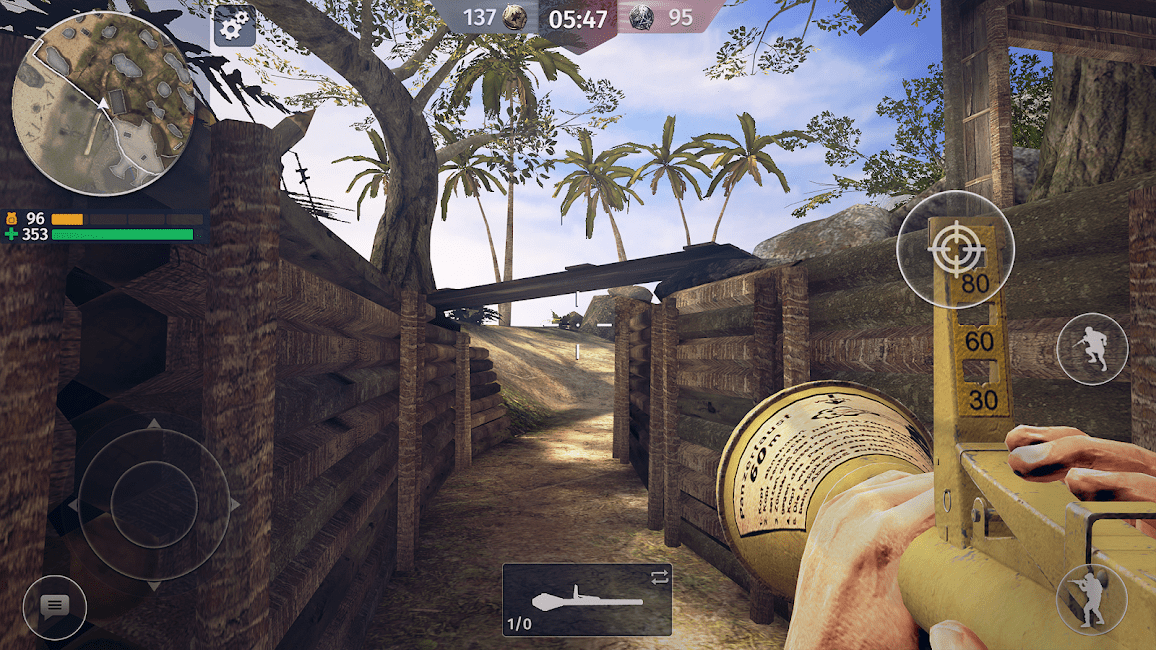 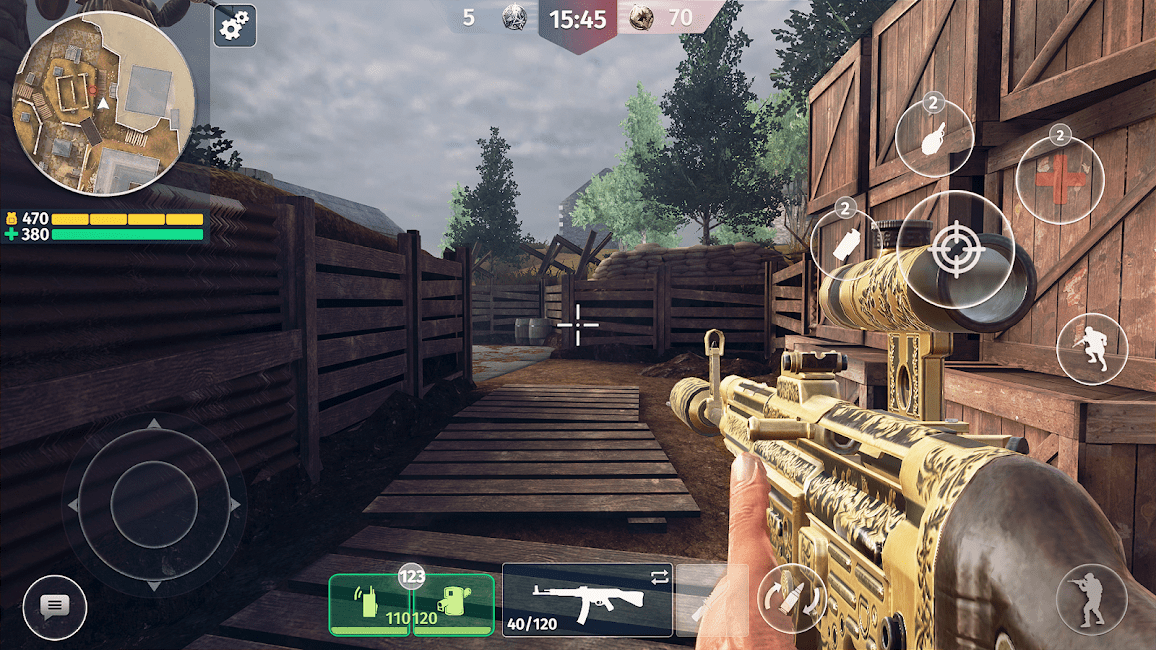 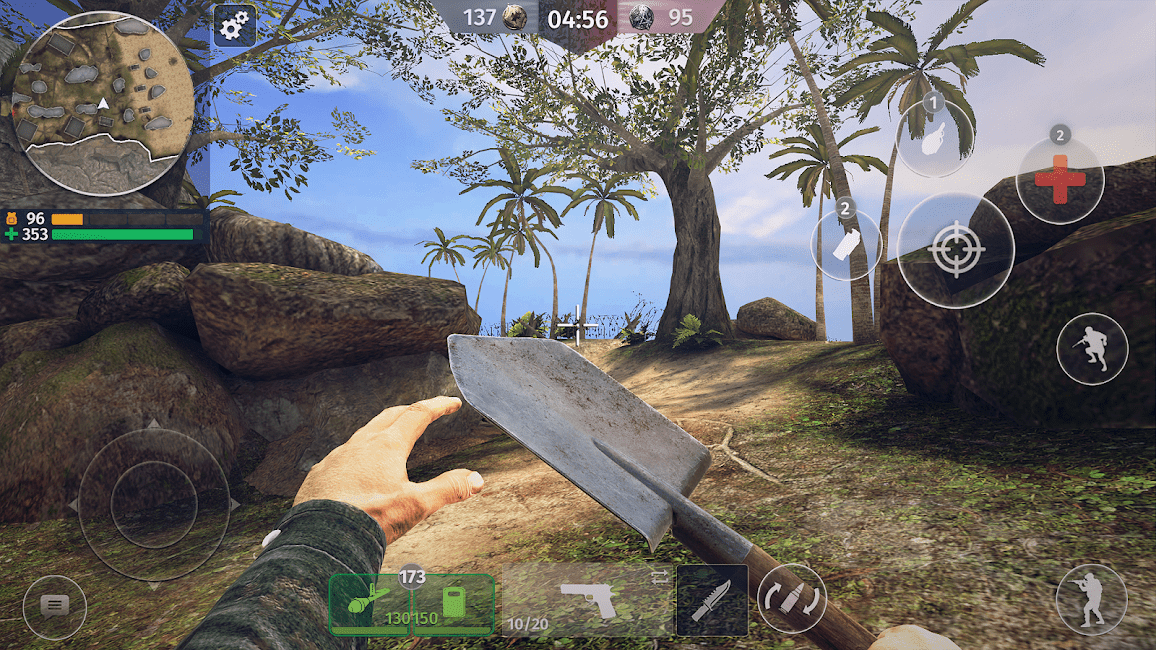 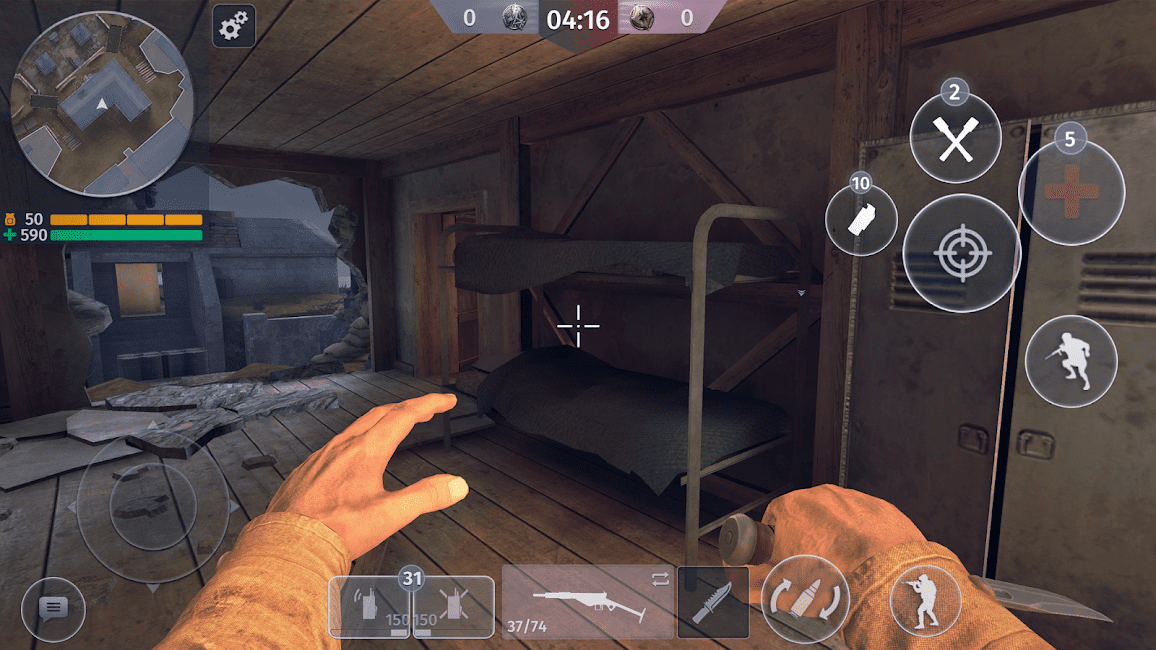 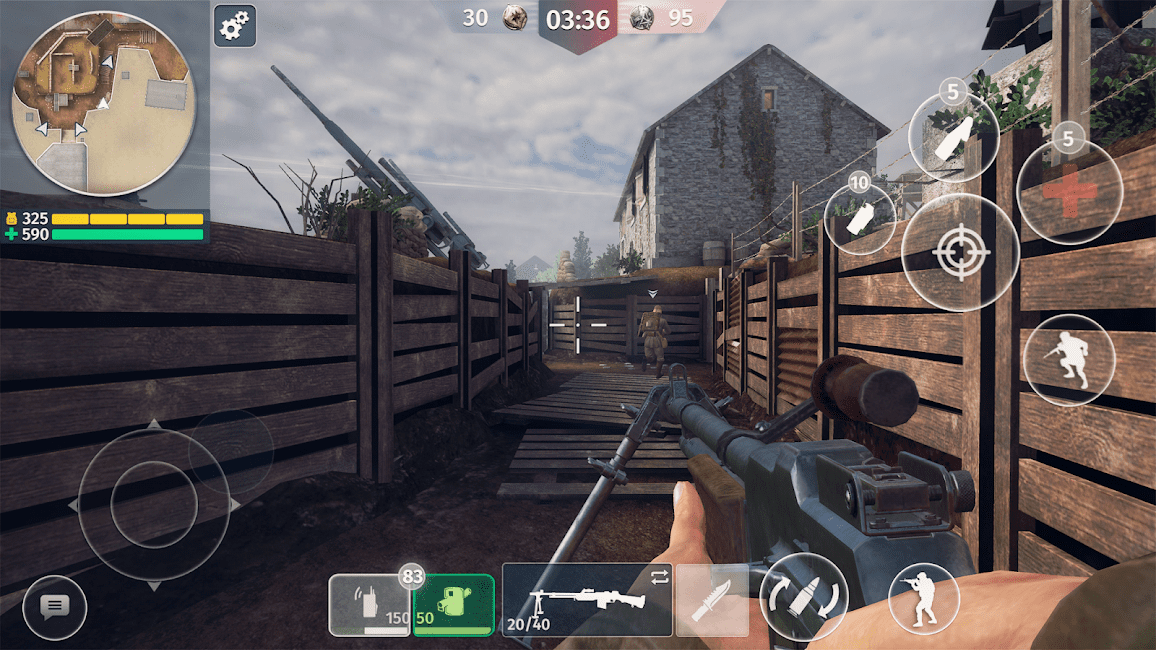 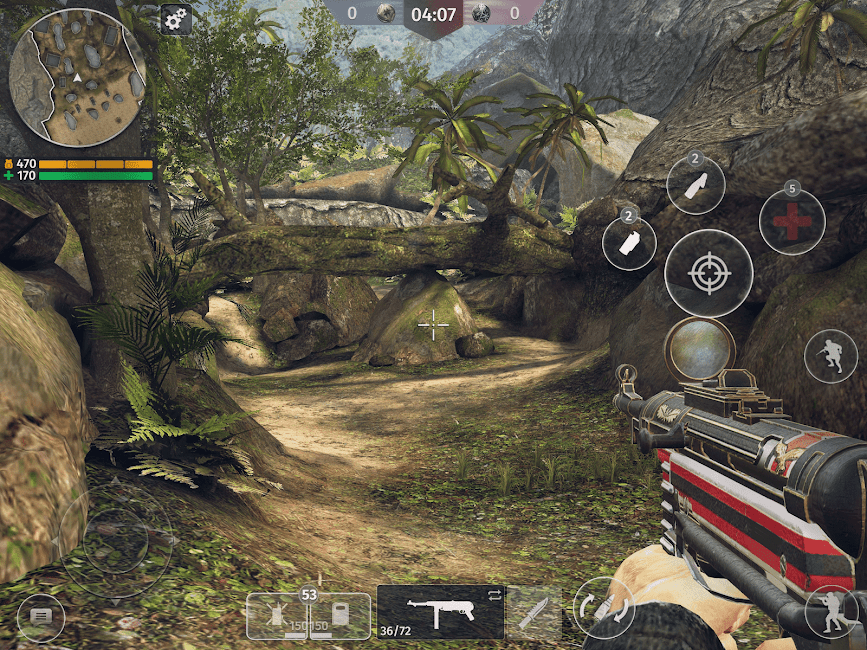 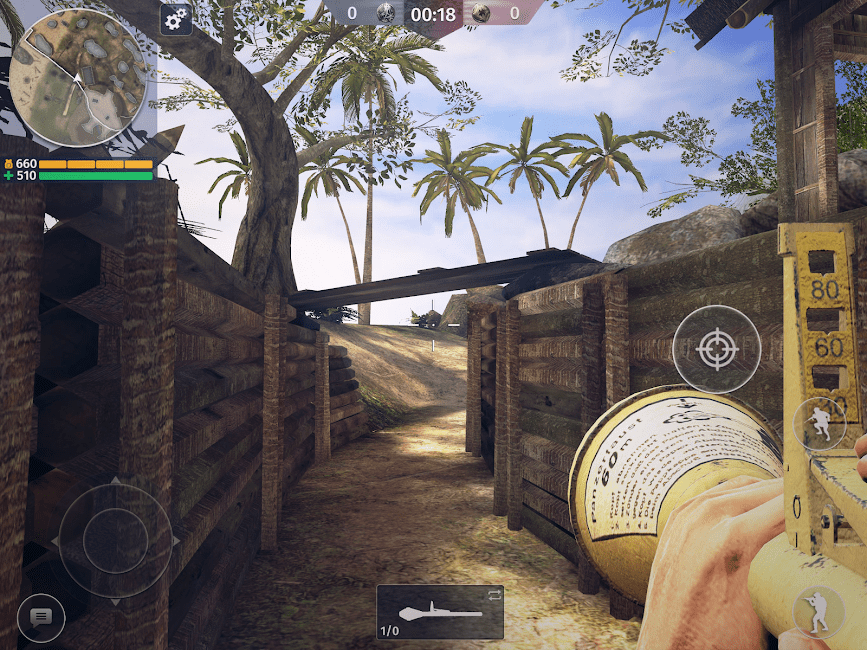