Worms 4 is the fourth (4) most popular and popular version of the War of the Worms game from Team 17 Digital Limited, which was first released for PC and iOS, and finally, after a long time, we saw the release of the Android version on Google Play at a price of 2.45 $ was made available for sale to all Android users around the world, and again, as always, we decided to introduce it to you for the first time in USA , dear users! As you know, the game series Worms is one of the most famous and beautiful series of mobile game platforms, tablets and computers, which has a very attractive gameplay, and in it you become several groups of 4-5 worms, and other groups must be armed with different weapons such as Destroy various RPGs, missiles, grenades and bombs! In general, in this game, you can play in two styles, the first style is to fight against other worms individually and destroy them, and the second style is to welcome other worms and form a team with them. And stand against the enemies of Karami again! The game has beautiful graphics and unique characters that are not seen in any other game! One of the nice features of the game is that in addition to being able to edit your team’s faces and create a look that suits their interests, you can also design your team’s functional weapons! Don’t miss the game .

Some of the exciting game features of Worms 4 – Android:

As mentioned, Worms 4 is a paid game in the Play Store, and in Usroid, in addition to being a pioneer as always, we have introduced it to you; The version placed is a paid and full version of the game. First, you can view the images and trailer of the game and download the game if you wish.

Instructions for installing and running Worms 4:

– Download the data file and decompress it. Copy the com.worms4.app folder to the Android / obb path. 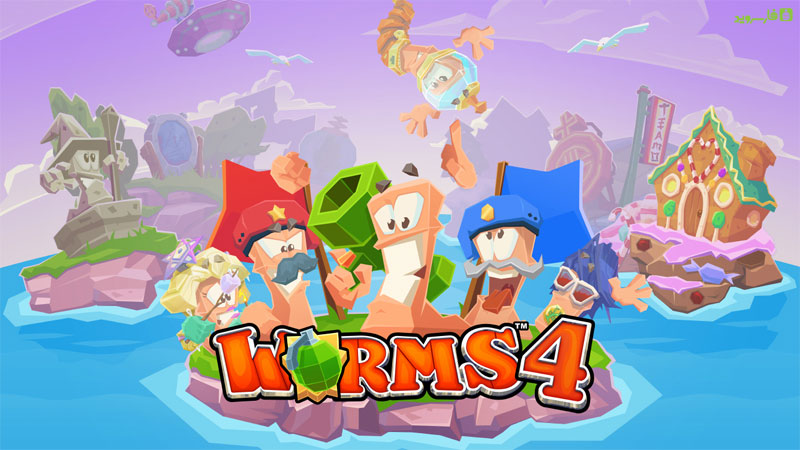 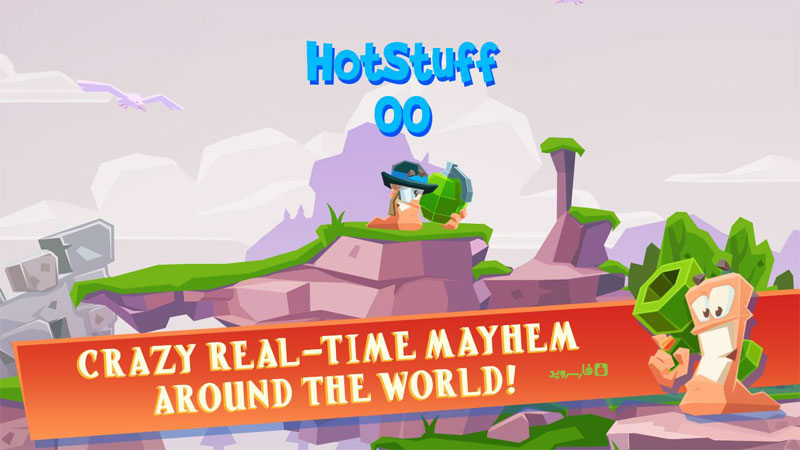 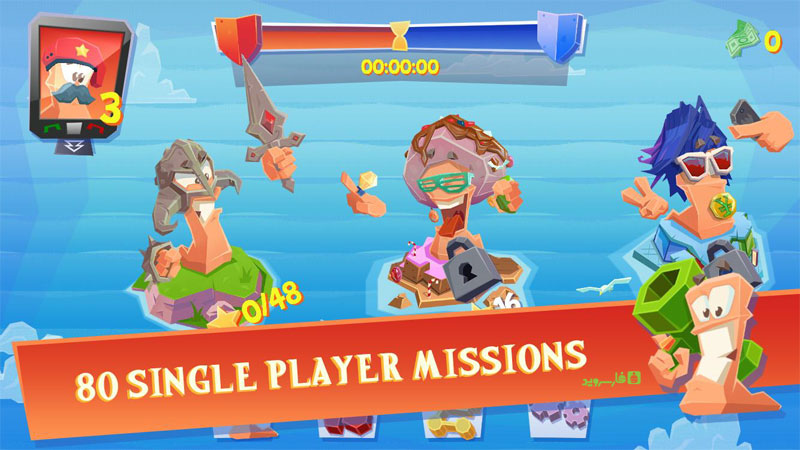 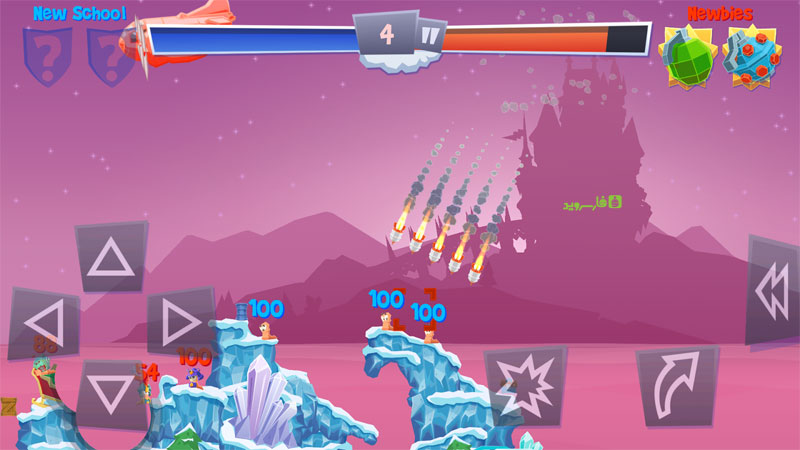 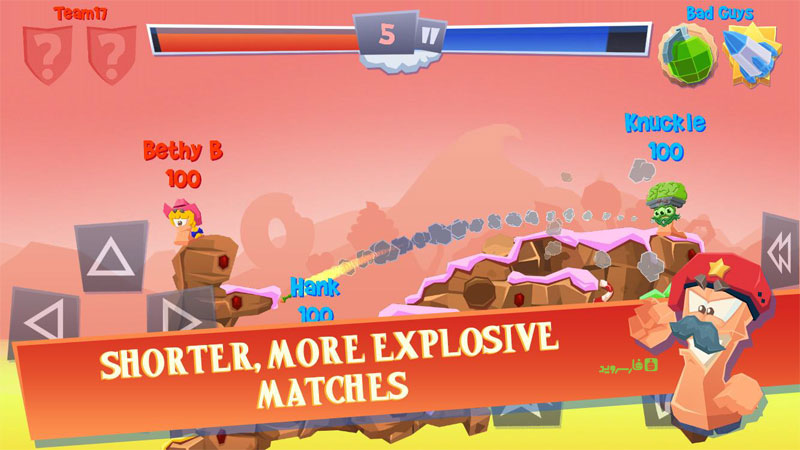 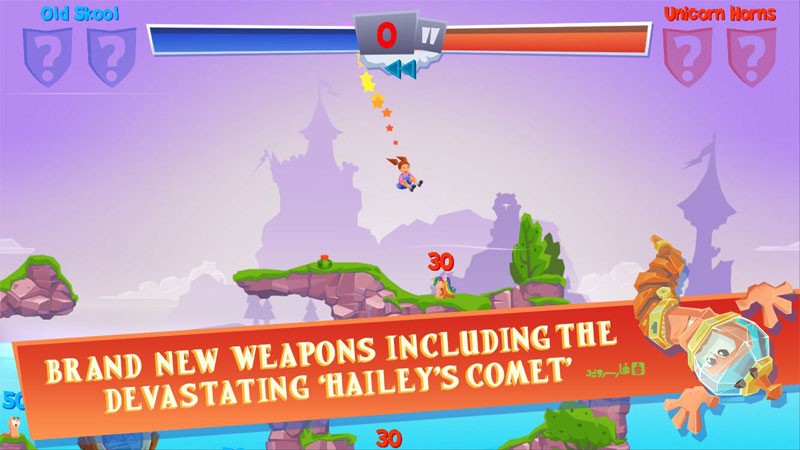