WW2 Battle Front SimulatorThe title of a very interesting and entertaining game in the style of simulation games, which has been published by Cogoo Inc game development studio for Android devices. The game development studio is a well-known and well-known team that manufactures mobile games and has provided high quality and high level games to gamers so far. Now, in the wake of its success in mobile gaming, the gaming studio has returned with a new work called WW2 Battle Front Simulator to once again attract gamers. If you are a fan of war games, especially World War II games, we suggest you don’t miss the WW2 Battle Front Simulator. This game is very high quality and well made and is undoubtedly among the best in this genre! The story of the game is based on historical events and World War II events and begins on June 22, 1941, where the war on the Eastern Front has entered a new phase. In terms of gameplay, this game is step-by-step and strategic, and its mechanism is not very complicated. By starting the game, you can build your own army and military force and organize them against the enemy. The only main goal in this game is to win battles, and if you organize your forces properly and adopt the right strategy, you will win the battle.

In WW2 Battle Front SimulatorAt first, your forces may be weak and you may be defeated in battle, but as you win various battles, you can receive rewards and then use these kingdoms to buy and liberate strong forces. Troops include infantry, armored tanks, and the like in various battles such as The Battle of Rostov, Battle of Moscow, The Battle of Nikko Bo, east and Battle of Normandy, Battle of Huttgen Forest, Battle of Heilbronn in the West and many other battles will bring a realistic and unique experience. The controls are very simple and all the functions of the game are easily done by tapping and sliding on the screen of your device. The game’s viewing angle is floating and allows you to fully control the battles. Visually, the game’s graphic space is very beautiful and eye-catching, and the characters, armored vehicles, tanks, effects, buildings, forests, cities, and all the environmental elements have a great artistic design. In addition to these features, the soundtrack is also admirable and multiplies the appeal of the game. It’s worth noting that this game has 3 different modes, which allows gamers to try their skills in different modes. WW2 Battle Front SimulatorScore 4.0 out of 5.0 on Google Play, and the Usroid teamintends to make this game tested and completely free for you dear ones. At the end of this article, you can watch the introductory video and screenshots related to the gameplay to get more acquainted with this game and download it from our servers if you wish. I hope you enjoy this game! 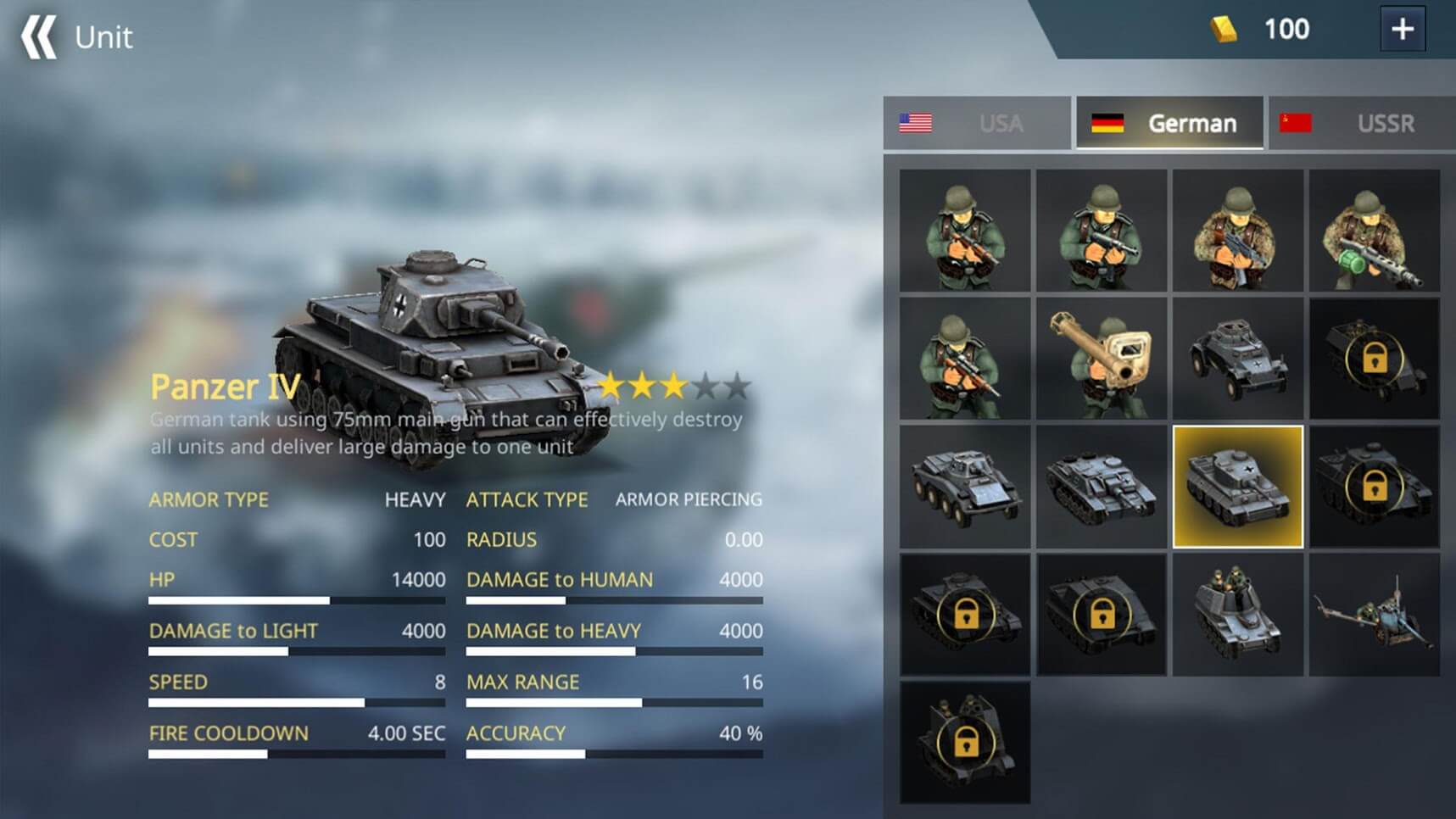 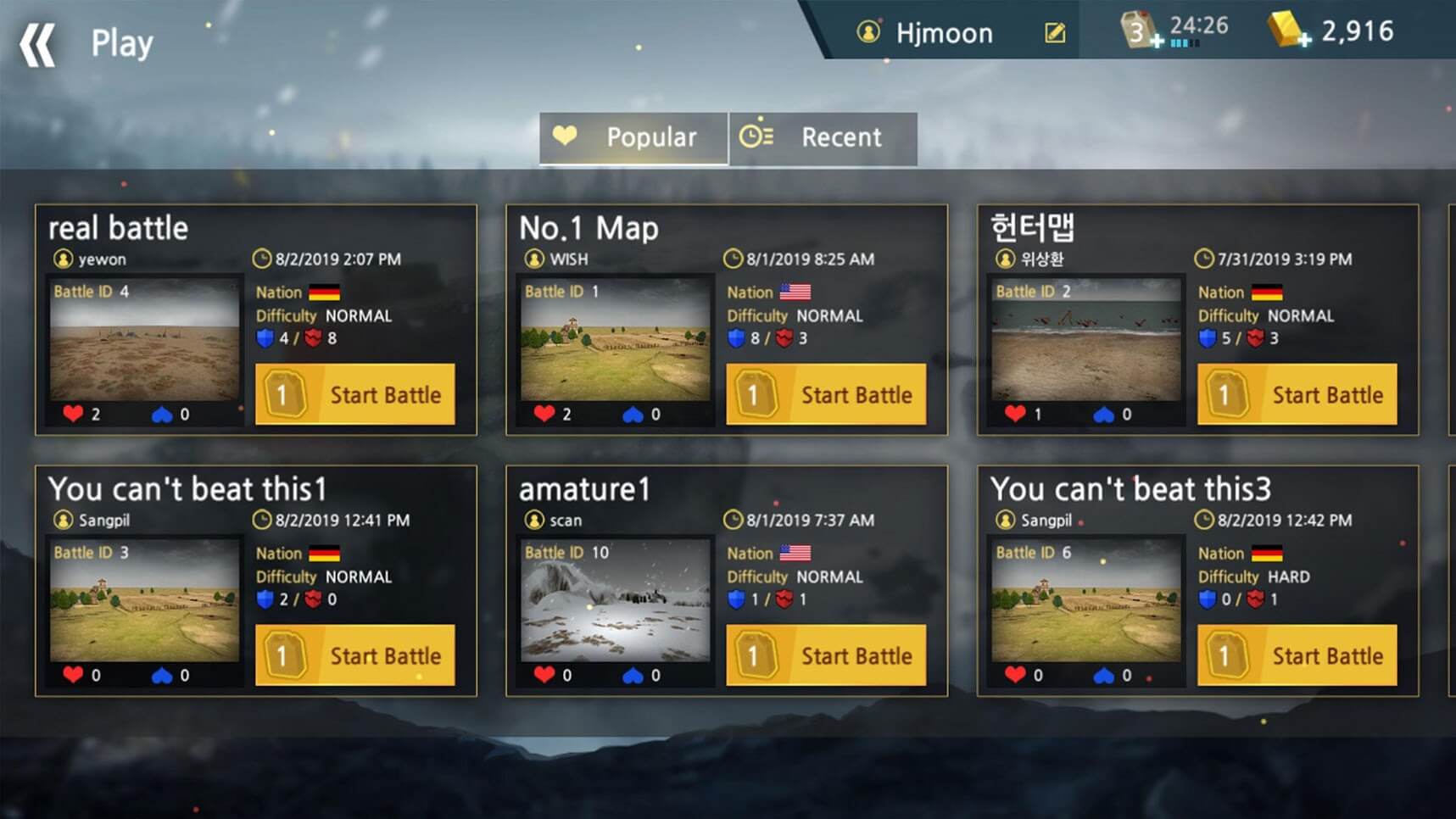 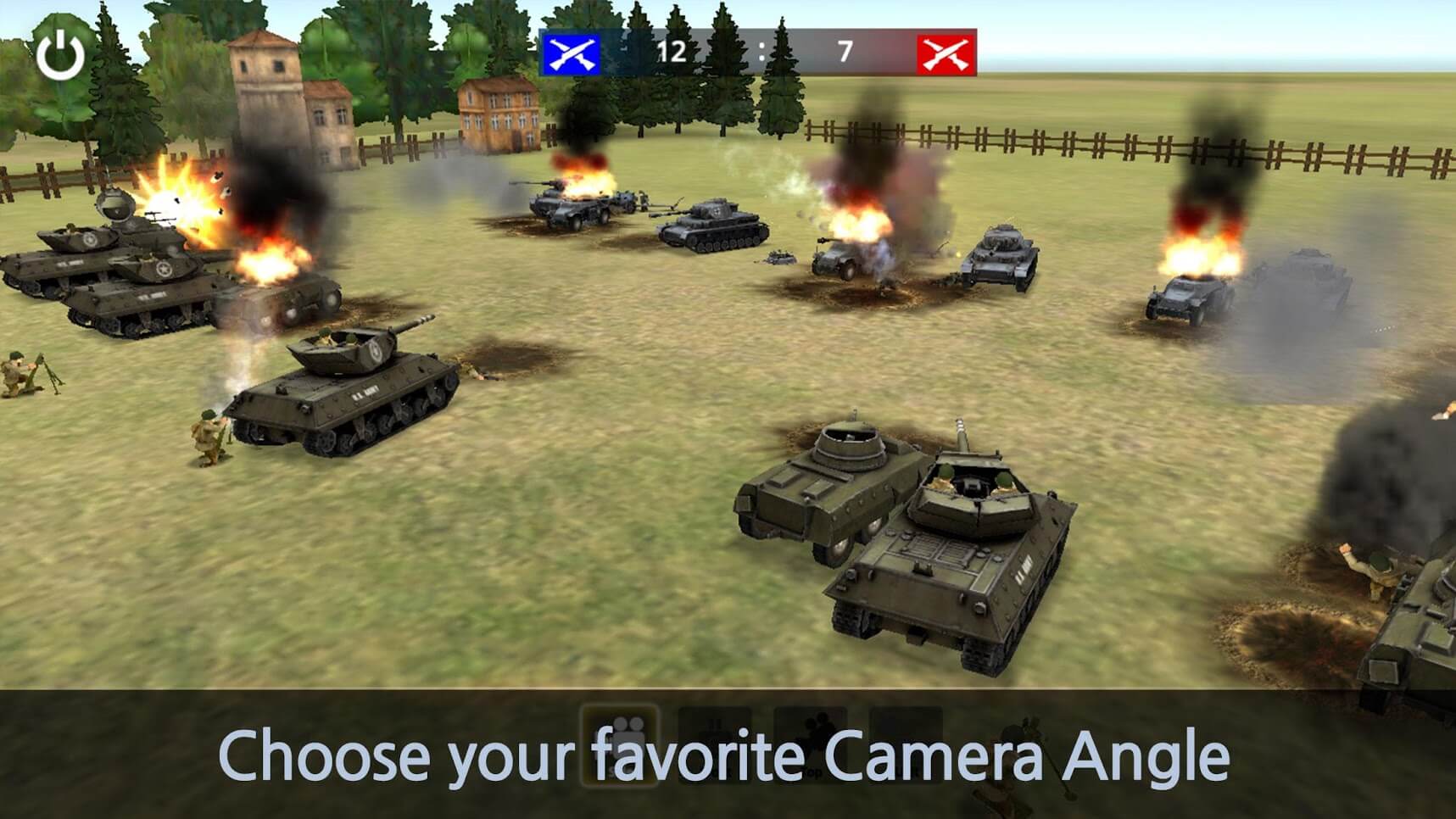 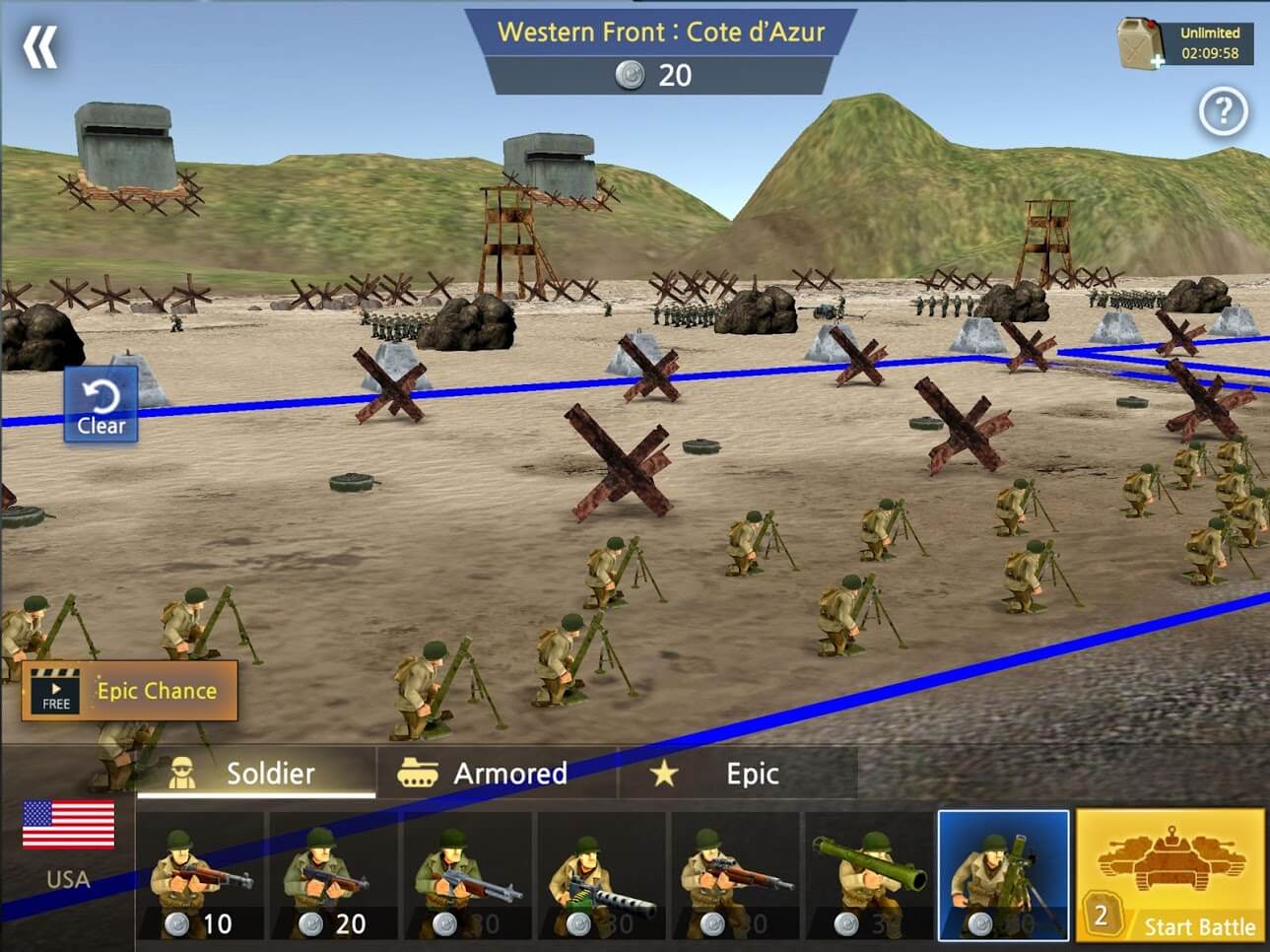 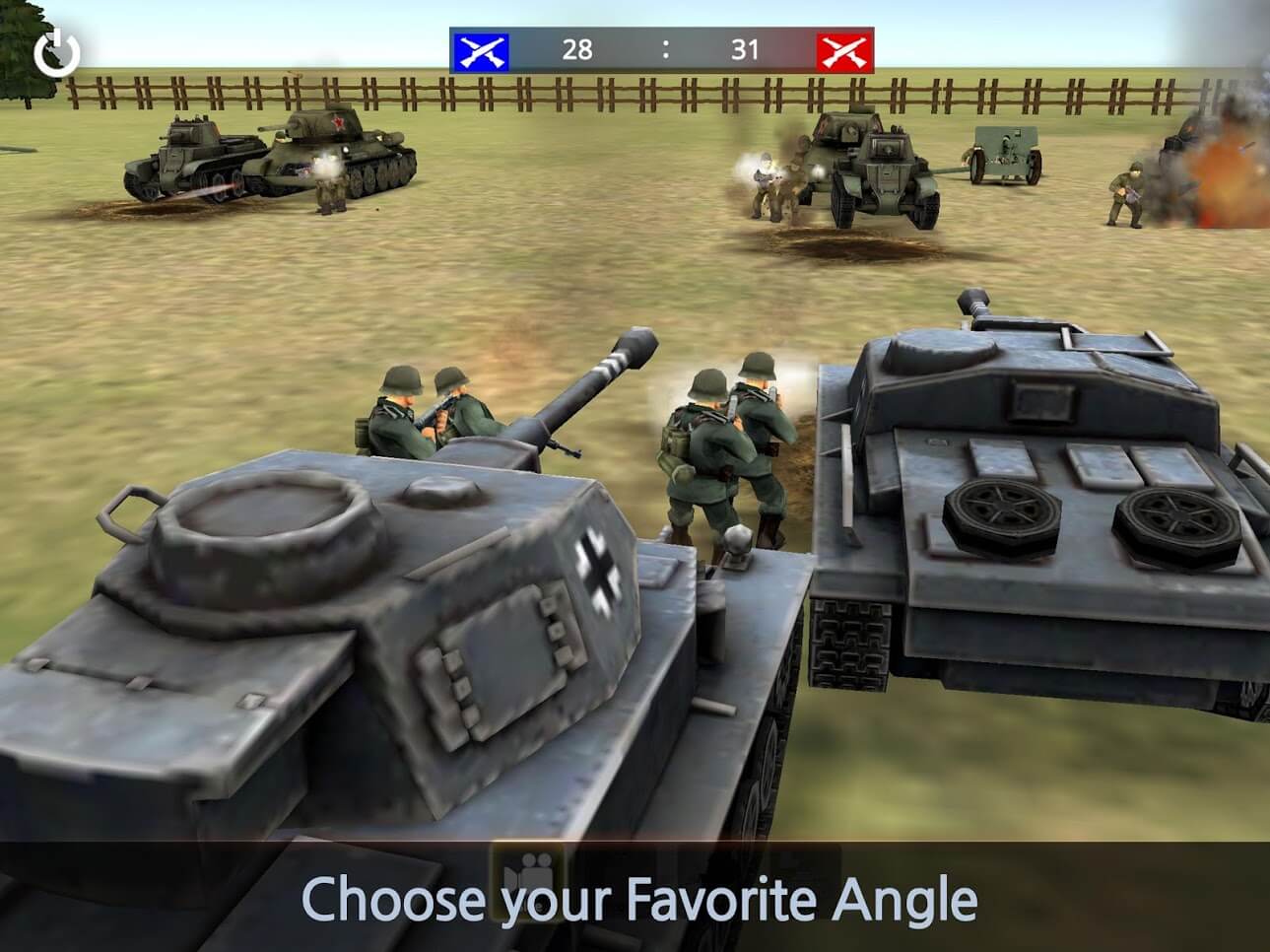 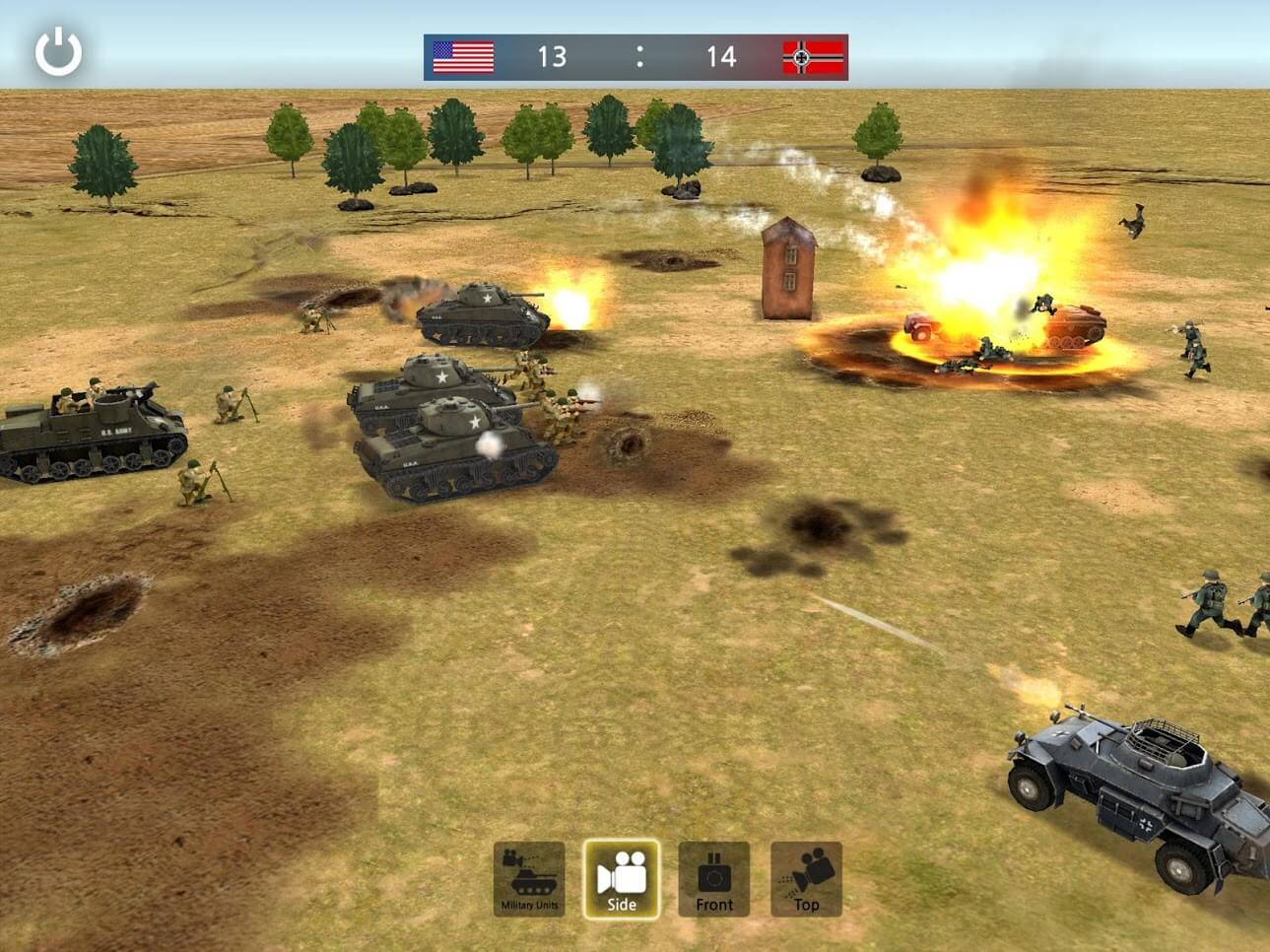 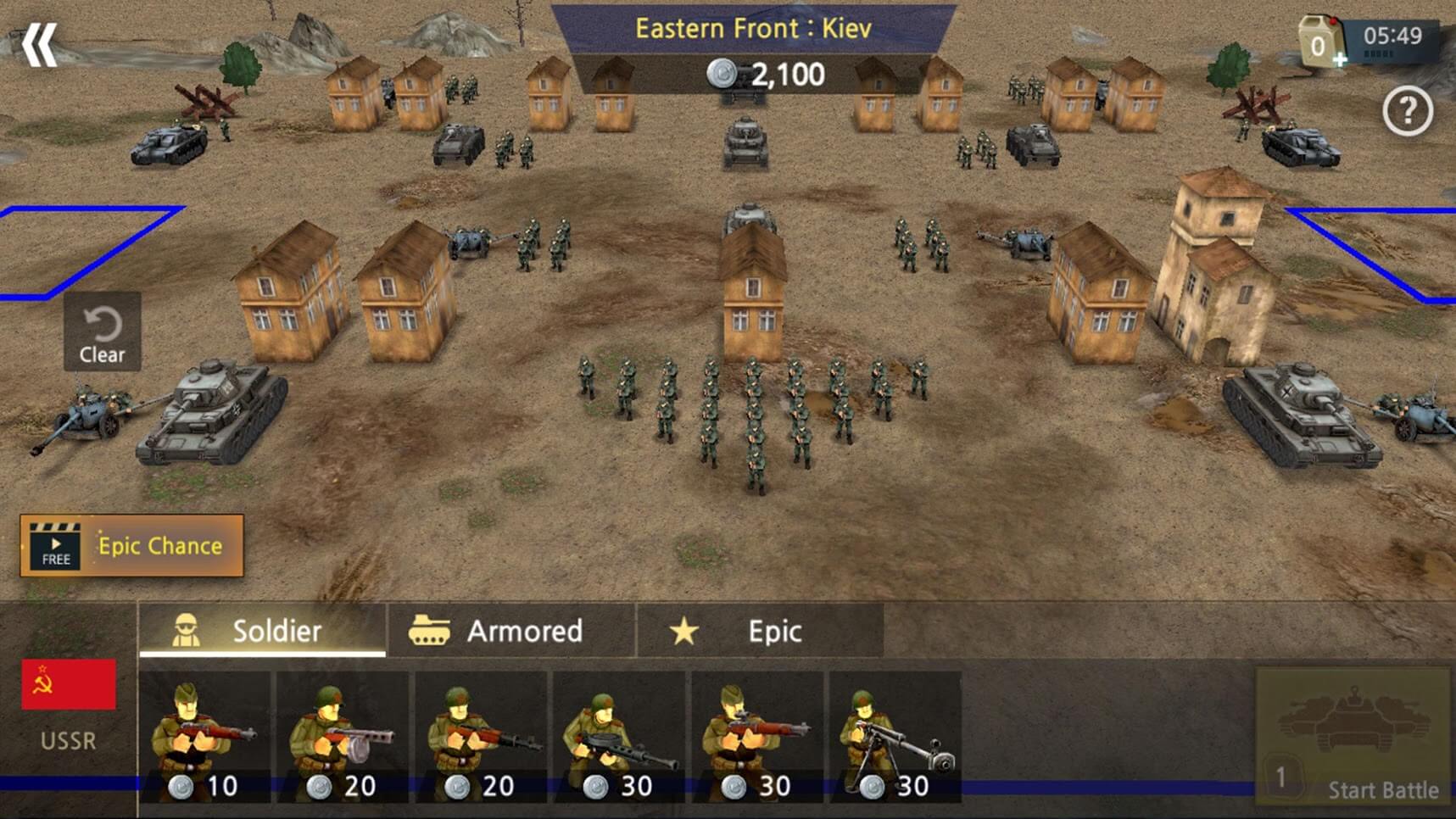 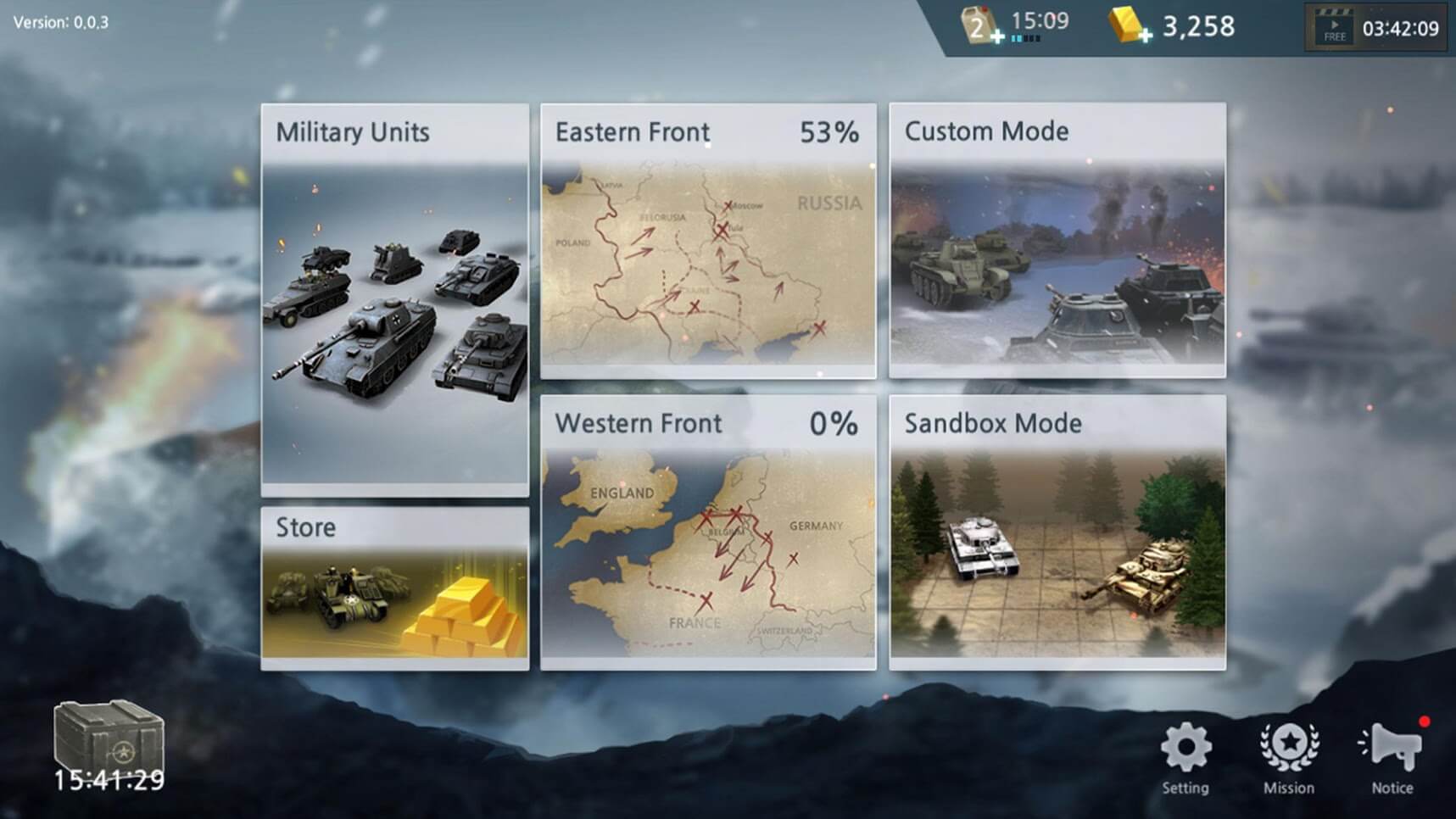 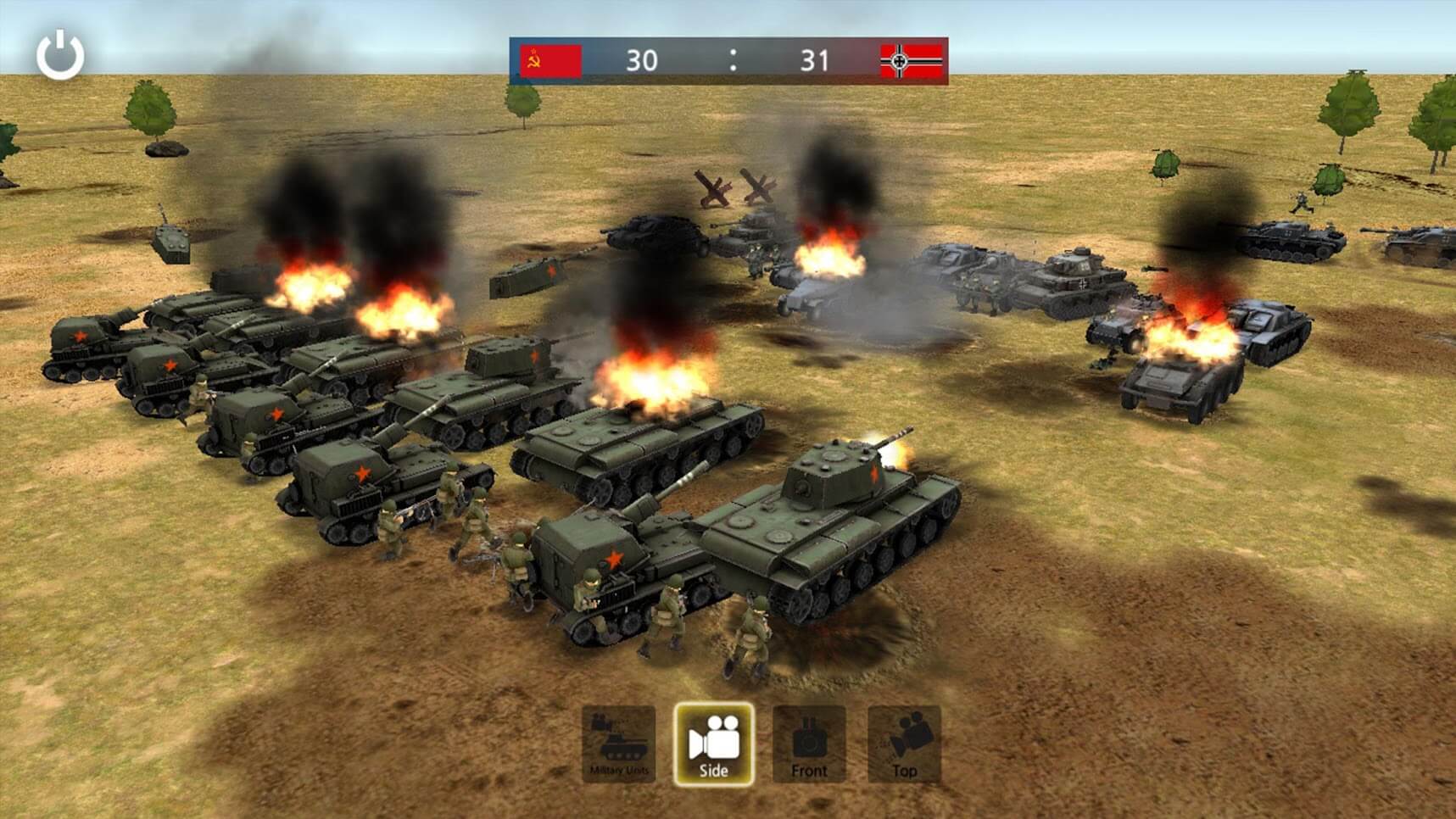 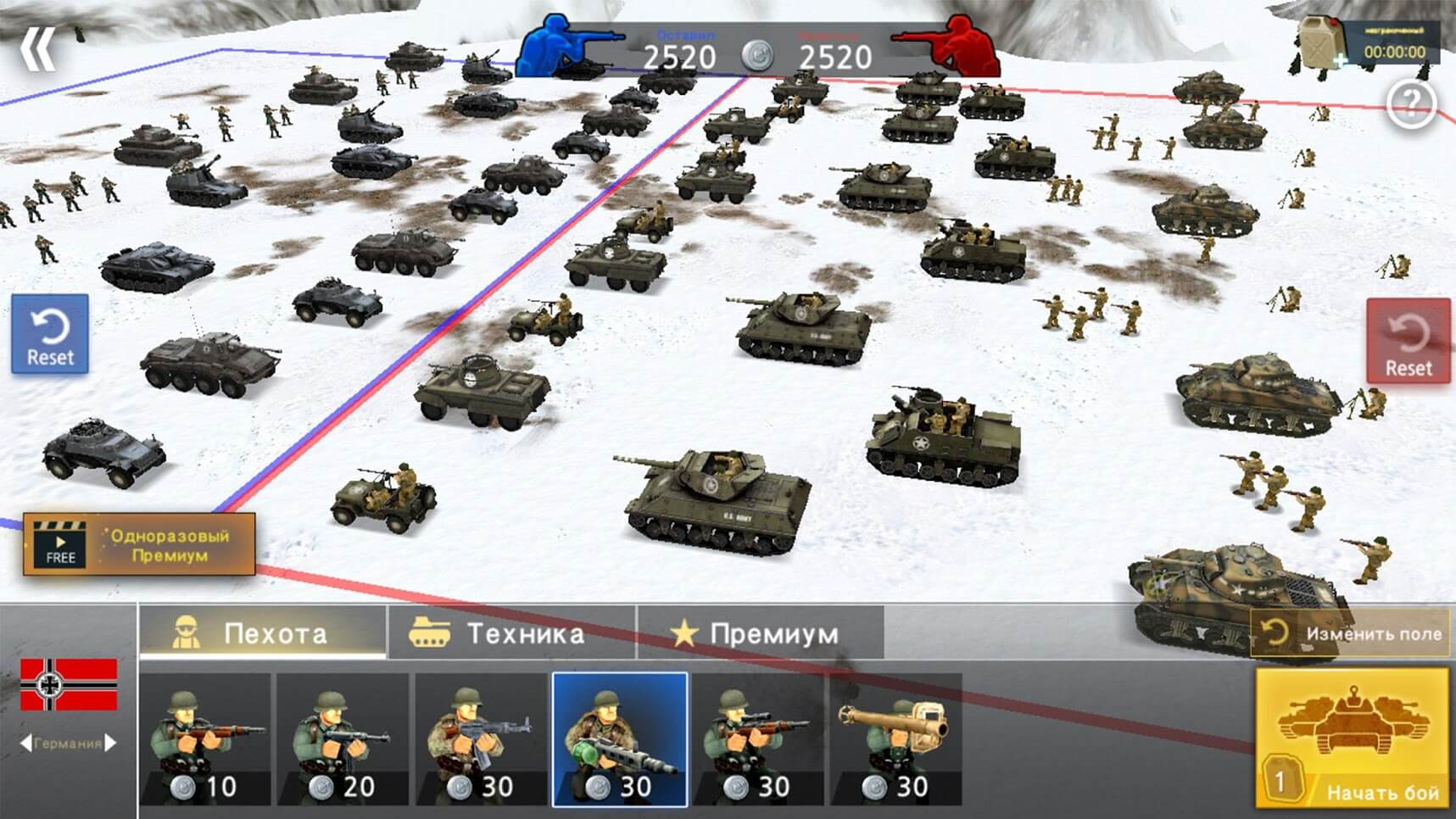