Google offers many services, of which YouTube is one of the most popular and widely used. YouTube is a huge site where you can find millions of videos on various topics. You can find many videos for almost every taste on YouTube. This is why this website is so popular among people all over the world. YouTube is one of Google’s most lucrative products, generating billions of dollars annually for the company. This revenue is mainly generated by displaying ads on videos. In this way, different companies give short video clips to YouTube, and YouTube receives a fee from the advertiser for each display of that ad to users. But not all this money is going to go to Google alone. YouTube pays a portion of the money received from advertisers to the owner of the video on which the ad is aired. This amount was very small at the beginning of YouTube, but gradually, with the growth of YouTube, this amount also went much higher, and now becoming a YouTube user has become a lucrative business. There are many professional studios that can make millions of dollars by creating content for YouTube. YouTubers are usually advertised separately by different companies, and this revenue increases them tremendously. Managing YouTube channels is a very difficult and tedious task. That’s why Google has released an app to make it easy to do this on an Android phone. YouTube Studio is an application for full management of the YouTube channel on Android phones and tablets, developed by Google LLC and published for free on Google Play. With this program, you can easily upload video to your channel, put a thumbnail for the video, monitor video statistics and interact with your audience in different ways.

Some features and capabilities of YouTube Studio Android app :

YouTube Studio application is a very efficient program for all owners of YouTube channels, which with more than 50 million downloads from Google Play has been able to get a score of 4.4 out of 5.0 from Google Play users. Now you can download the original, complete and without ads version of this program with all the features and capabilities from Usroid for free. 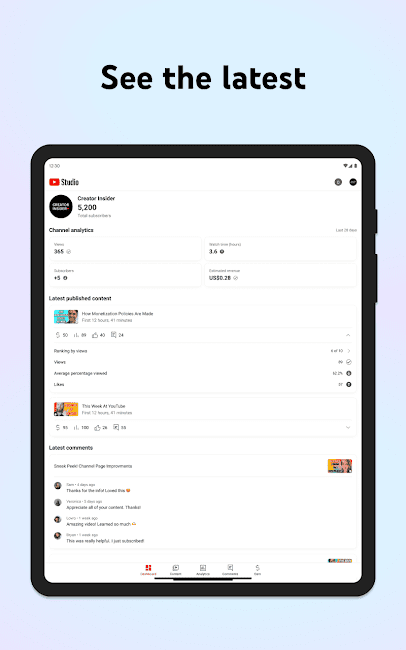 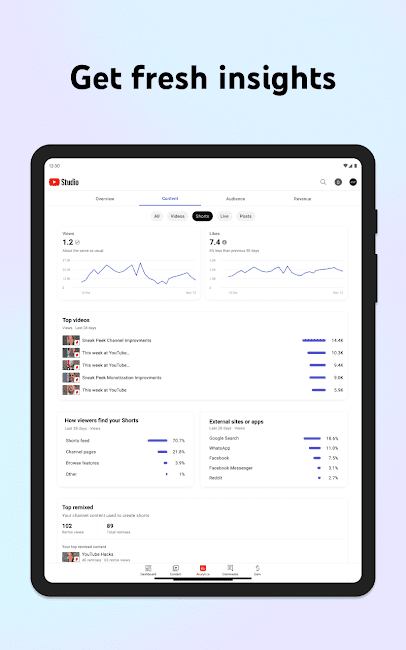 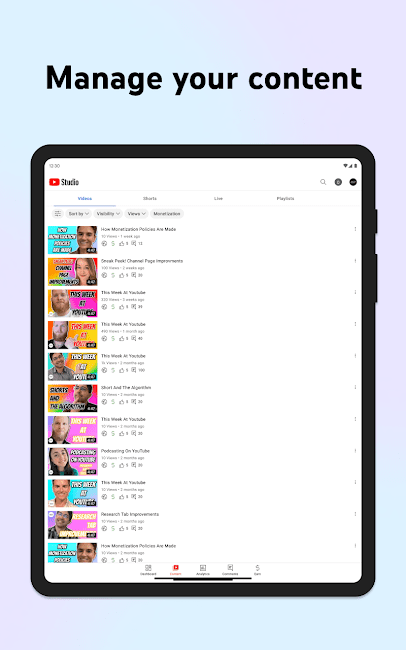