Zombie Blast Crew – Zombie Destroyers is another game released by the renowned studio Vivid Games SA, the maker of popular works such as Gravity Rider Zero , Highway Getaway: Chase TV , Mayhem Combat , Endless Lake , Real Boxing 2 CREED And Space PioneerIt is developed in the action style and its story is related to your battles in the role of a special forces group with a huge flood of small and large zombie forces. Zombie Blast Crew is made with designs called Polygon or Polygon. In these designs, the overall graphics and modeling are all three-dimensional, but in the form of polygons. Zombie Blast Crew has a completely imitative and clichéd content in terms of storytelling. The human world has been in a state of disrepair for nearly a year due to an unknown virus, and almost all of humanity’s population has become dangerous and cannibalistic zombies. But as we see in these games, a group is working to deal with this threat, and you are in the role of this group and its members. The group is made up of ordinary people from a city who, after much waiting for help from the military, decided to take action and save themselves from this deadly situation. That’s why they take up arms and become a special military force by killing zombies. You are supposed to be the leader of this group and lead these people to save this death.

In Zombie Blast CrewYour main goal is to clear the city of zombies and return the houses and streets to normalcy. The cleared areas are known as the Zero Zombie Zone, and you must clear all areas of the city this way. But that doesn’t mean it’s too hard or too challenging to do. You have to be alone in the midst of a huge flood of zombies and shoot them all around to destroy them. Zombies attack you from all around, which means you have no way to escape and are somehow surrounded by them. Your only way is not to let them get close to you. Take up arms and shoot zombies to clear the game by clearing areas. Zombie Blast Crew is graphically designed with multi-angle design, as mentioned. The game view is from above and in the form of a third person and is very similar to role-playing games. You can move 360 ​​degrees around and shoot around. The Zombie Blast Crew has a variety of weapons and equipment to buy and use that you can get from the store. The beautiful and entertaining game Zombie Blast Crew with its gameplay can entertain fans of action games.Usroid has prepared this game for testing in two versions, normal and modded. It’s worth noting that the game managed to score 4.3 out of 5.0 on Google Play with 50,000 downloads in a short period of time . 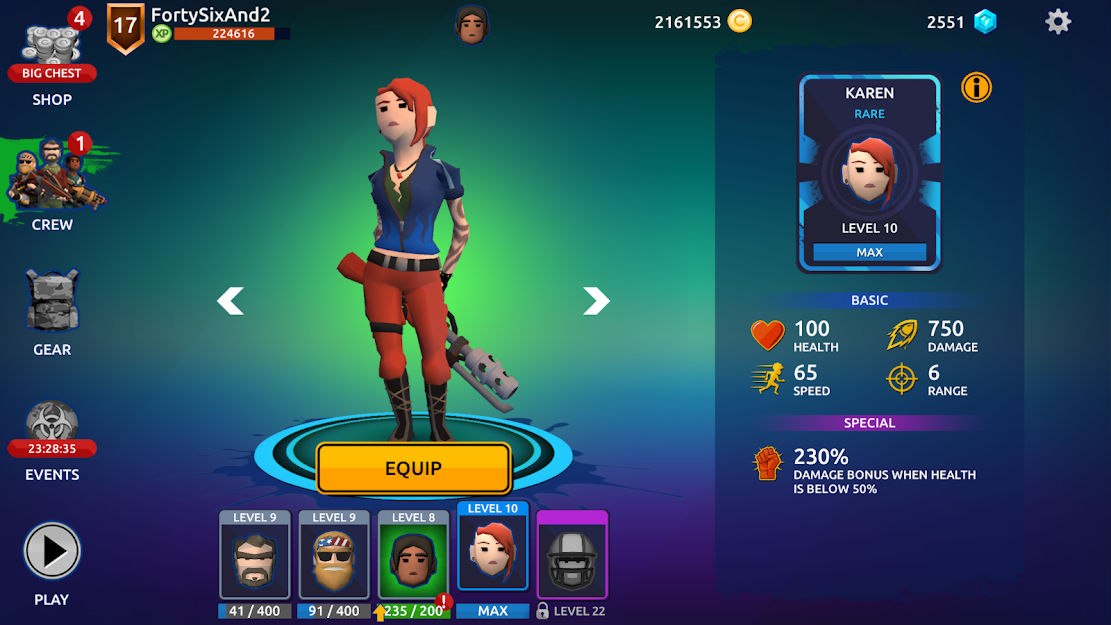 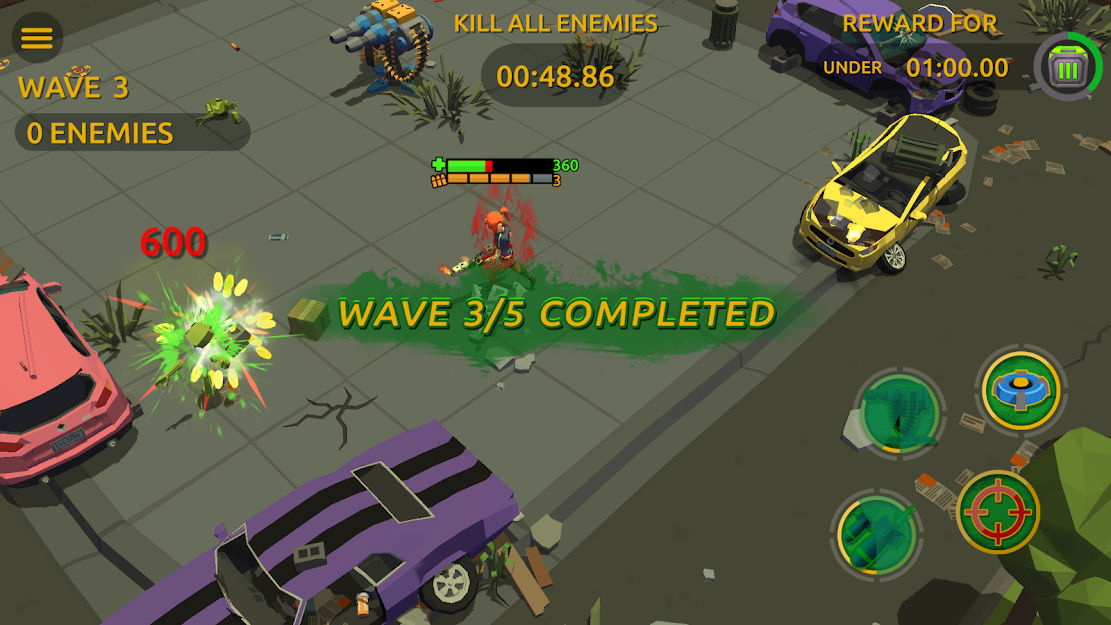 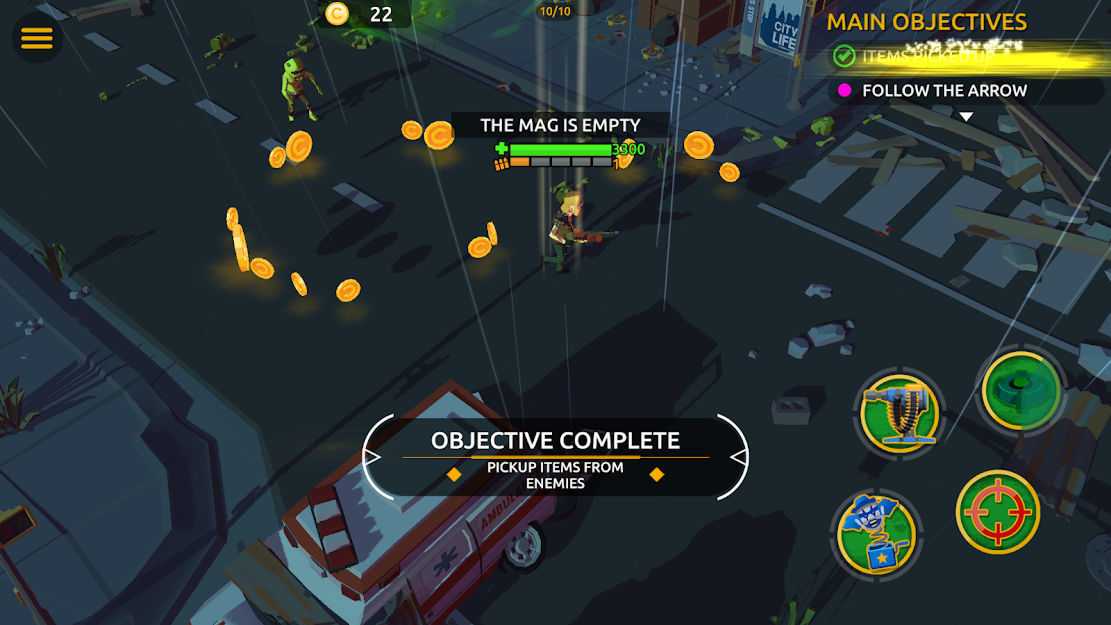 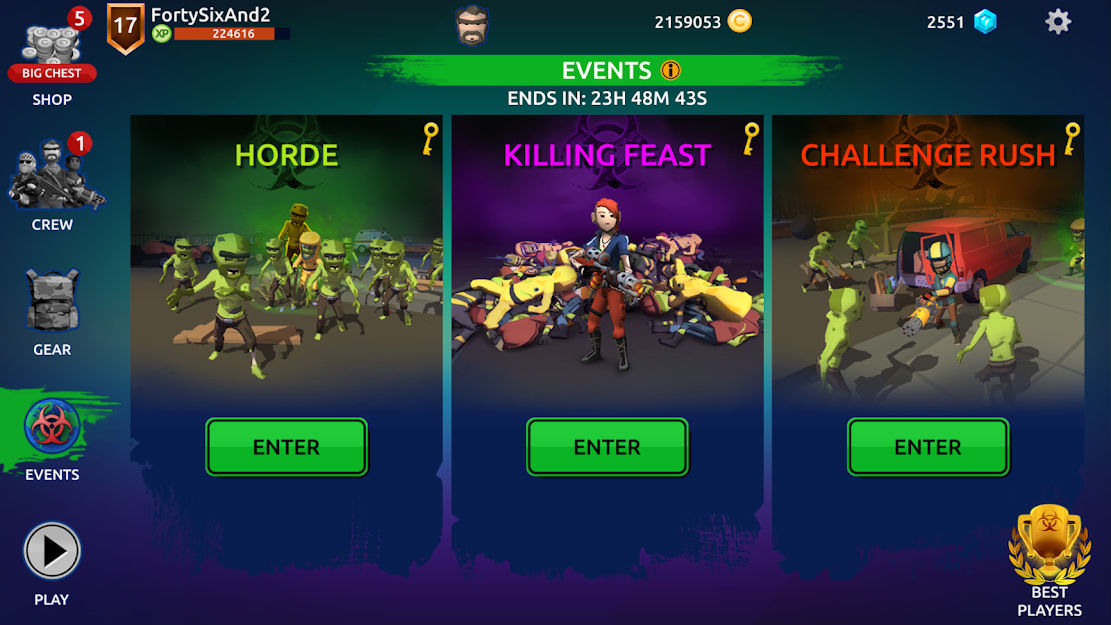 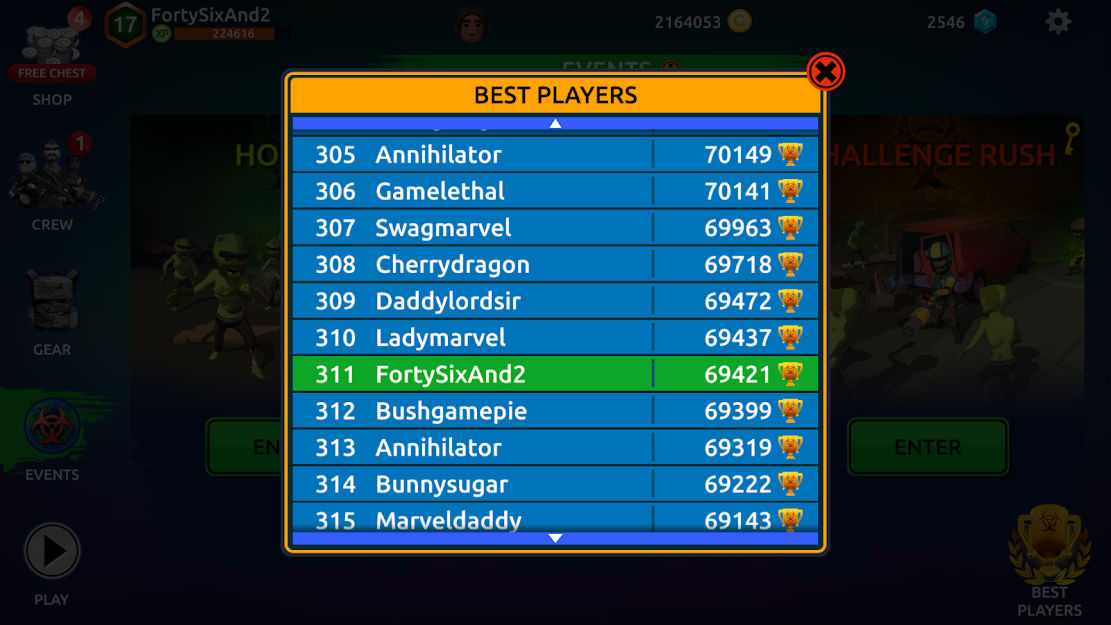 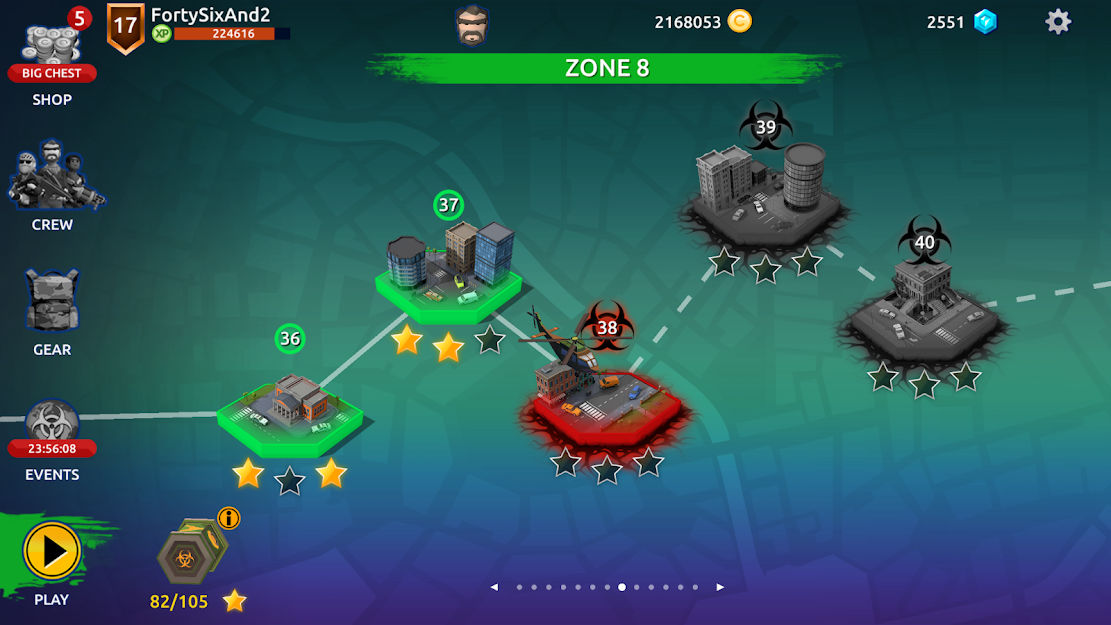 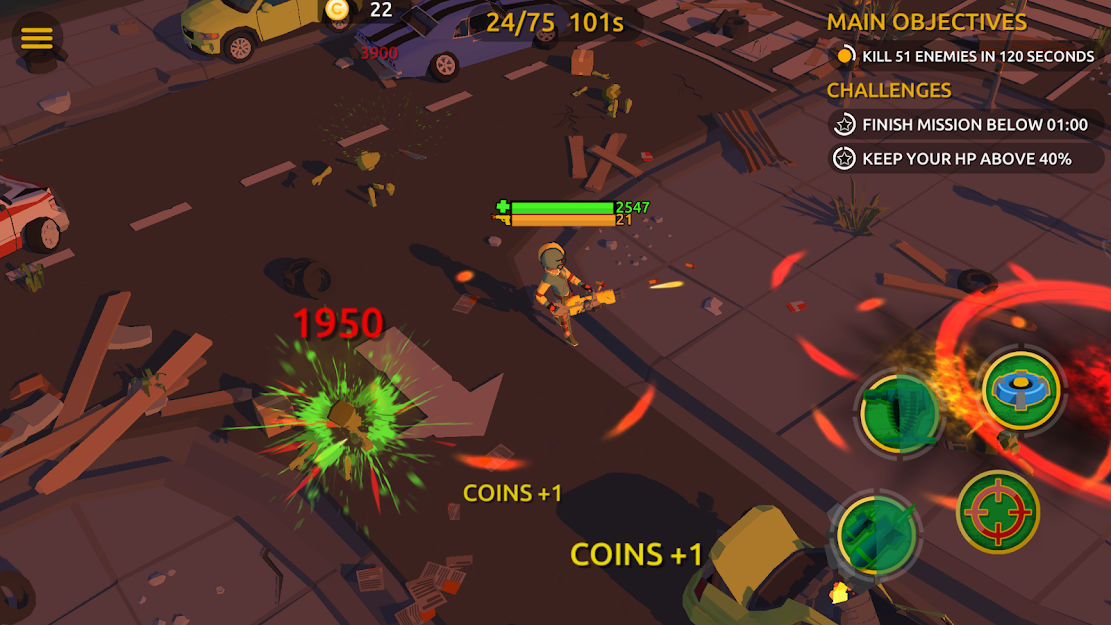