Zombie War: Idle Defense Game is another title made in the style of clicker games with a combination of strategic styles, especially the defense tower (TD), which is offered in the category of arcade titles and is available to Android players around the world. This game is developed and released for free by the Singaporean studio ONESOFT . ONESOFT Studio often operates in the two main styles of Galaxy Shooter and Idle games. Zombie War game is very similar to another game from the same developer called Zombie Idle Defense. These two games are very similar not only in terms of naming, but also in terms of appearance, style and context of the gameplay, and the reason why this developer has released two different games but with the same name, graphics and designs separately are clear. No, but in any case, if you have experienced Zombie Idle Defense, Zombie War: Idle Defense Game will be very new to you. Even the characters of both games are very similar, and in general, it can be said that these two games may be the main game, one of which has been released as a separate update.

Zombie War: Idle Defense Game is a very interesting and exciting combination of various game categories, including strategy, tower defense, management, hobby and clicker, all of which are used in the form of a main category, the arcade in this game. In the zombie war game, you will travel to 2113 AD. In this futuristic world, the world seems to have reached the apocalypse because the whole planet has been conquered by zombies. You, along with your friends and companions, are among those who have not yet fallen prey to these deadly zombies. You are supposed to save the world from these zombies in the role of unique heroes. The only way to do this is to destroy these creatures in groups. So prepare yourself to go to the enemy with the help of different characters and heroes, various weapons and equipment and destroy them one after another. In Zombie War: Idle Defense Game, which is actually a completely defensive game, you have to create a protected line by creating a line of fire and prevent the zombies from approaching this border. To get the best feedback, you need to use your forces in the best way and at the best time. Each of the game’s characters can be upgraded to dozens of levels. By timely upgrading and professionally managing the forces at your disposal, you should prepare yourself for more difficult missions and stages. Zombie War: Idle Defense Game has simple and fancy designs and it’s exciting and full of gameplay can be very attractive for anyone, especially fans of this style of games. To download the latest version of this game, just go to the Usroid box download section and download the regular or modded version of the game.

Note:  In the mod version, you use your gold to increase instead of decrease. 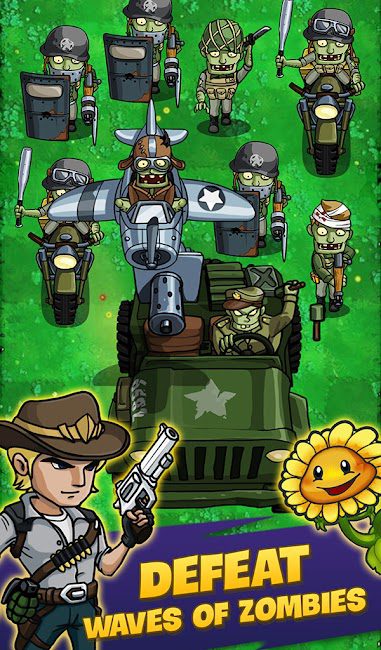 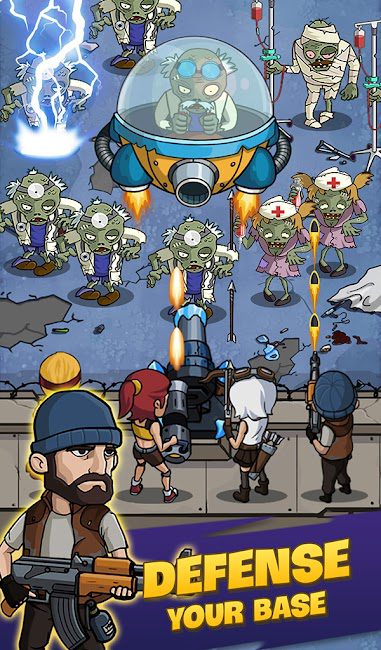 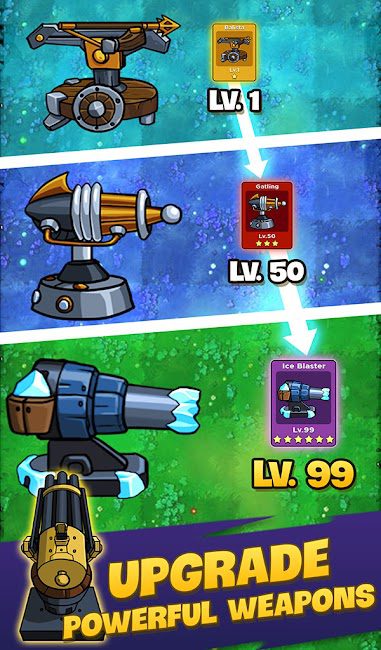 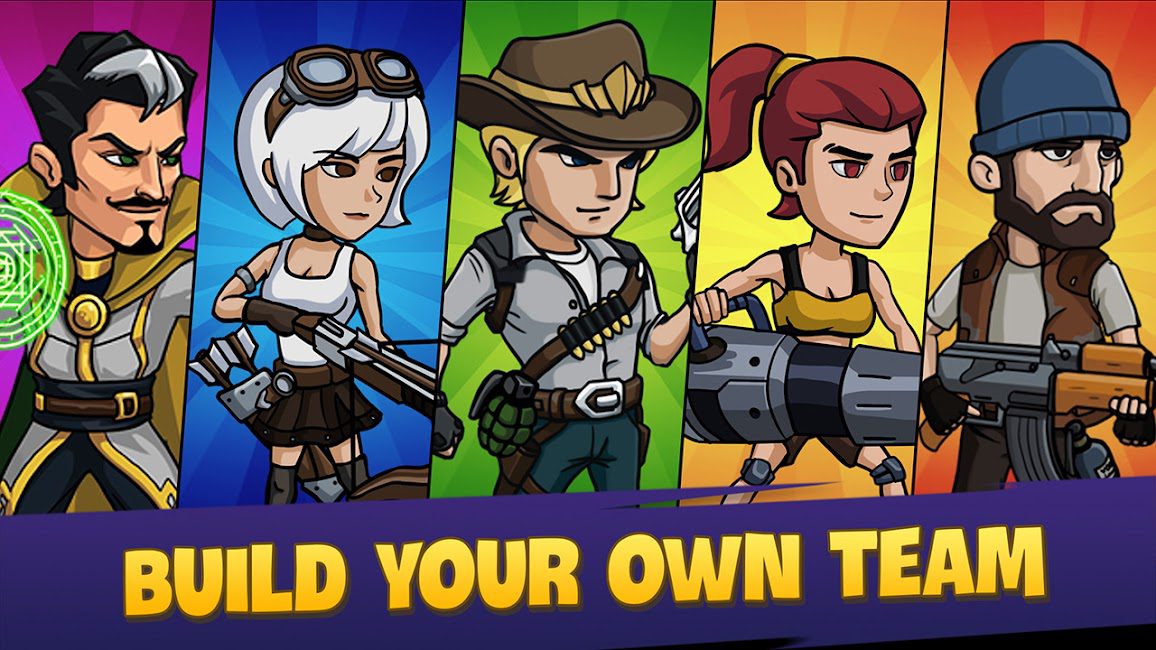 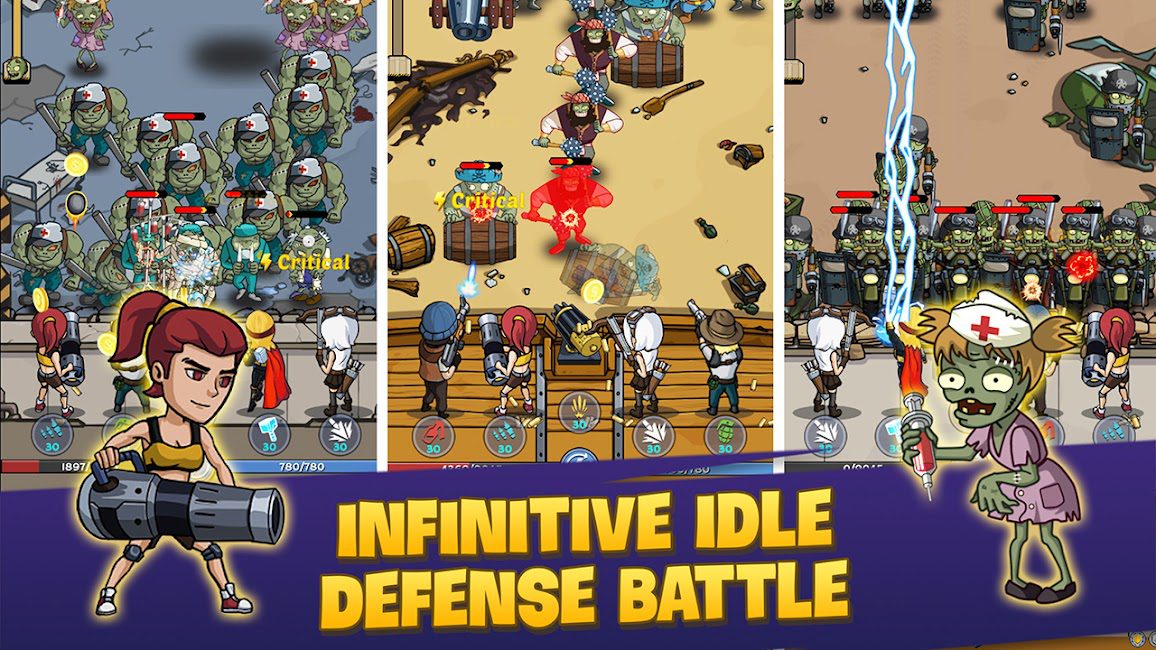 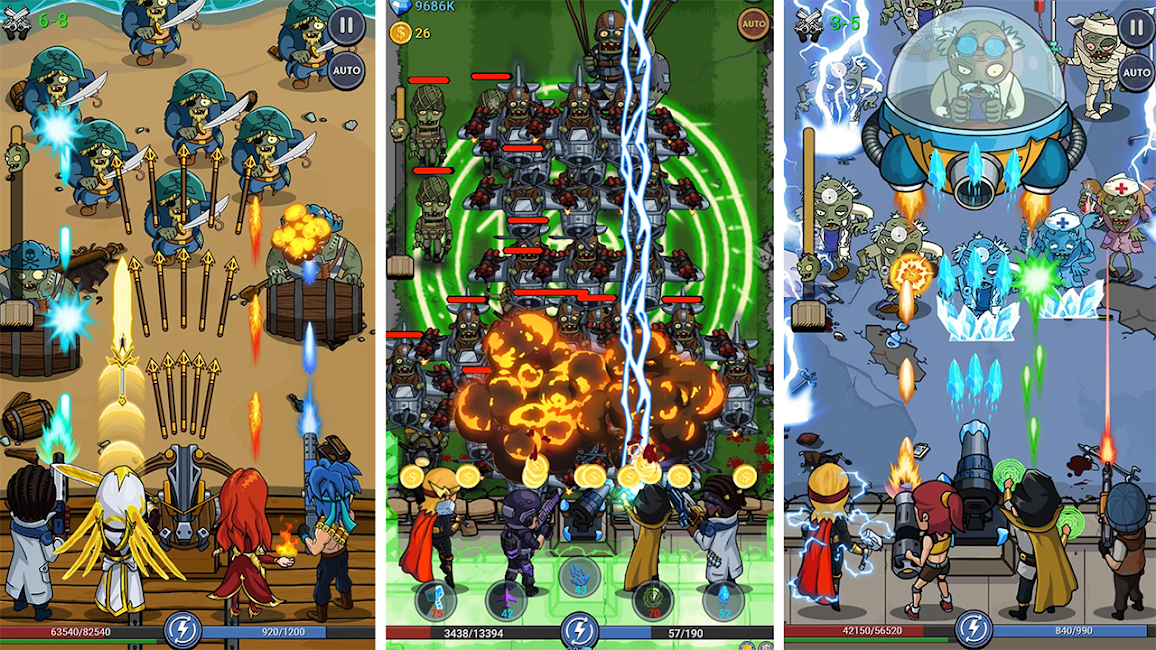 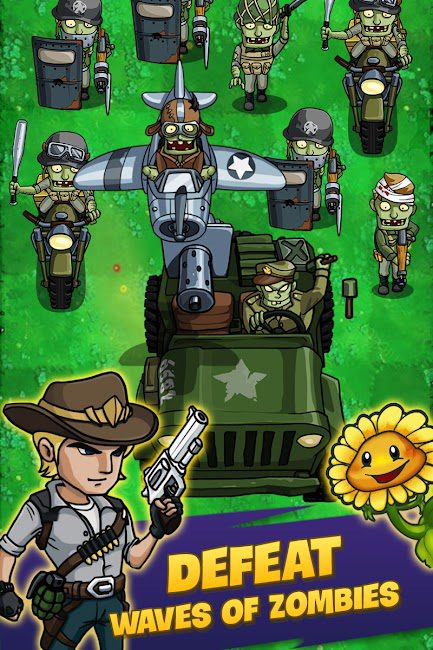