Galaxy Attack: Alien Shooter is the latest version of the space game simulator from ONESOFT gaming studio for Android, which has been very well received and has gained a lot of popularity, and today in Usroid we want to introduce this fascinating game to you. we have. The story of the game is that you are the last hope of the planet Earth, space enemies intend to attack the planet to destroy it. So take the only surviving spaceship and destroy the enemies of the galaxy in the most dangerous places possible. Be careful, because you have the task of protecting the earth and you must pay full attention to killing your enemies. As the game progresses, you will be allowed to upgrade your spaceship to increase its destructive power as much as possible. Other ships will be available in the next stages that you can buy by collecting money to fight enemies with more power. The game will be very easy to control and like many other games, by touching and moving your finger on the screen, you have the ability to move your spaceship in addition to aiming at the enemy to be safe from their arrows. By continuing your game, you will receive new and various prizes every day, and by collecting money, in addition to upgrading your spacecraft, you will buy new shells to make your spaceship more beautiful. In this game, there is the ability to play online and multiplayer for those who want to compete with real rivals to experience moments full of excitement and excitement. If you are also a fan of action and space games, download Galaxy Attack: Alien Shooter game from Usroid powerful servers for free now!

Galaxy Attack: Alien Shooter game has been downloaded more than 10 million times by Android users from Google Play and was able to get an excellent score of 4.5 out of 5.0 out of a total of more than 558 thousand votes, which is a great score for an Android game; If you are interested in this game, after seeing the pictures and video gameplay of the game, you can download the two normal versions and the game mode for free from the high-speed servers of Usroid and bring happy moments for yourself. As mentioned, this game has been tested and run without any problems. 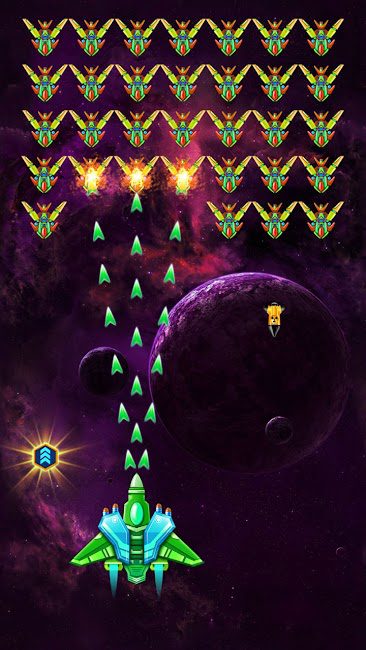 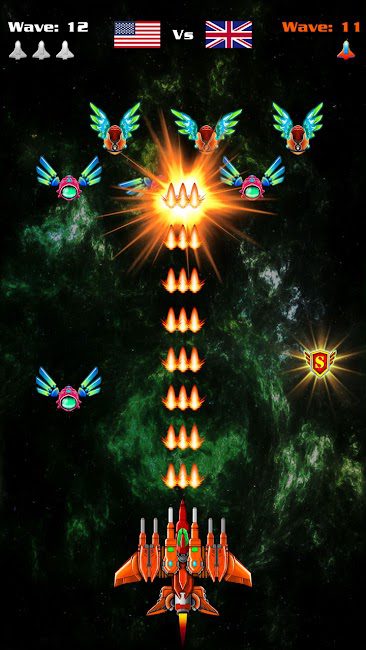 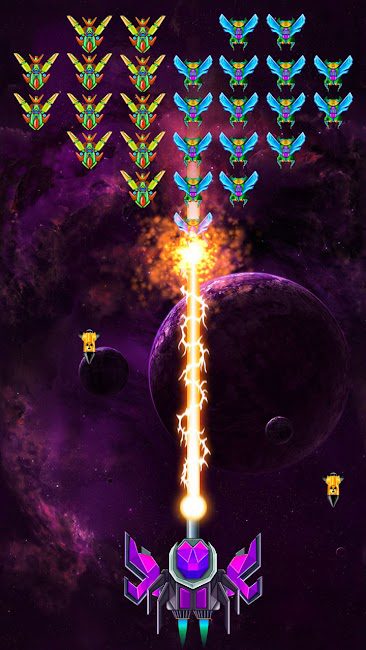 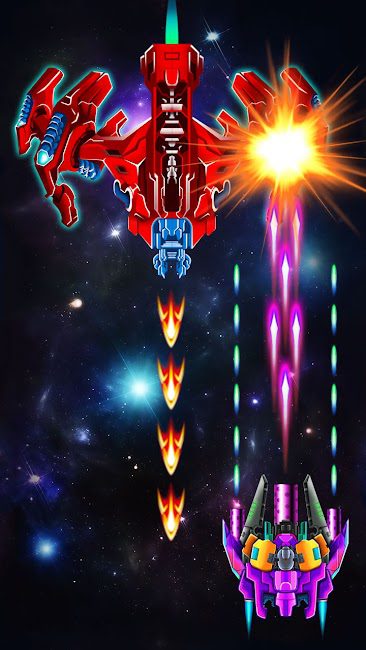 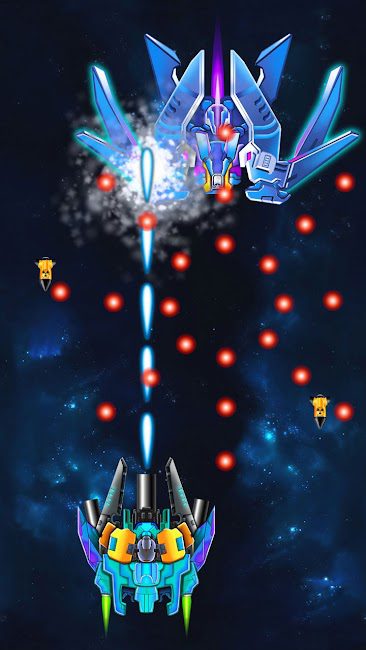 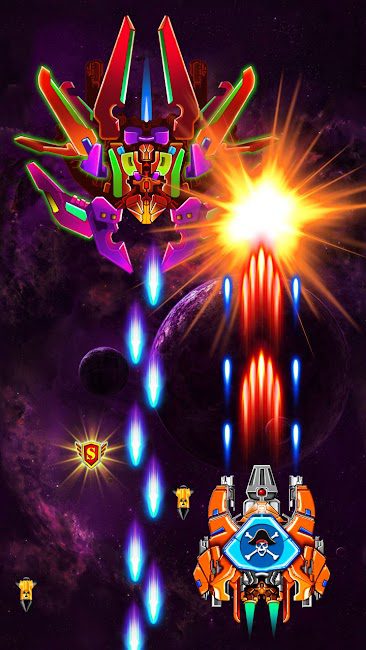 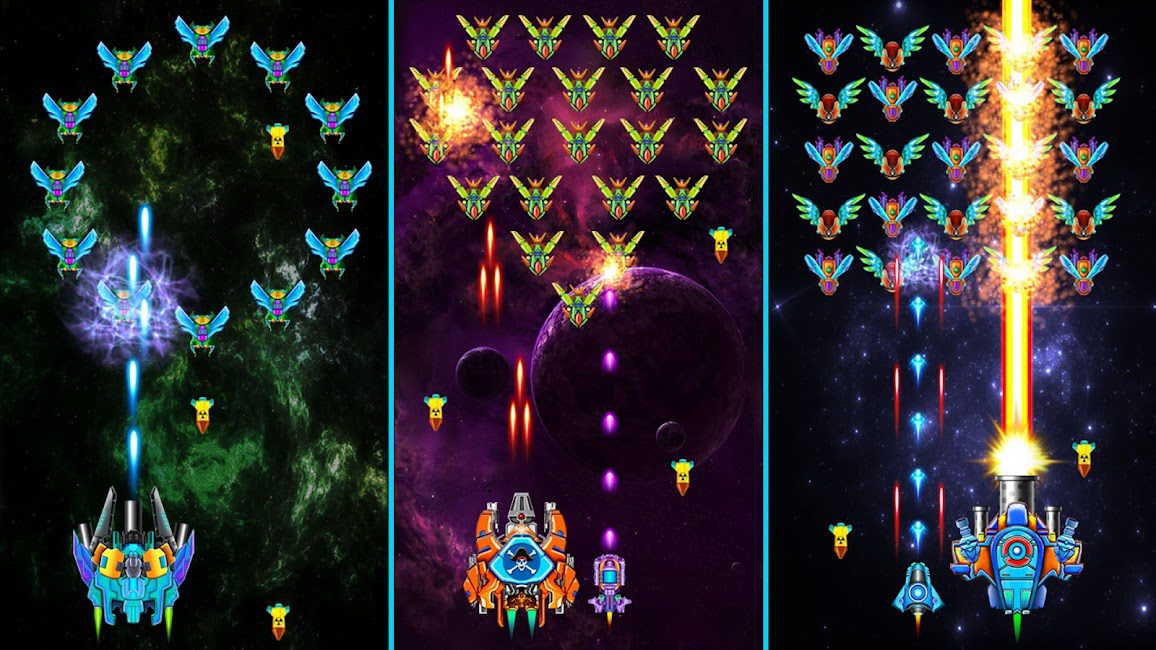 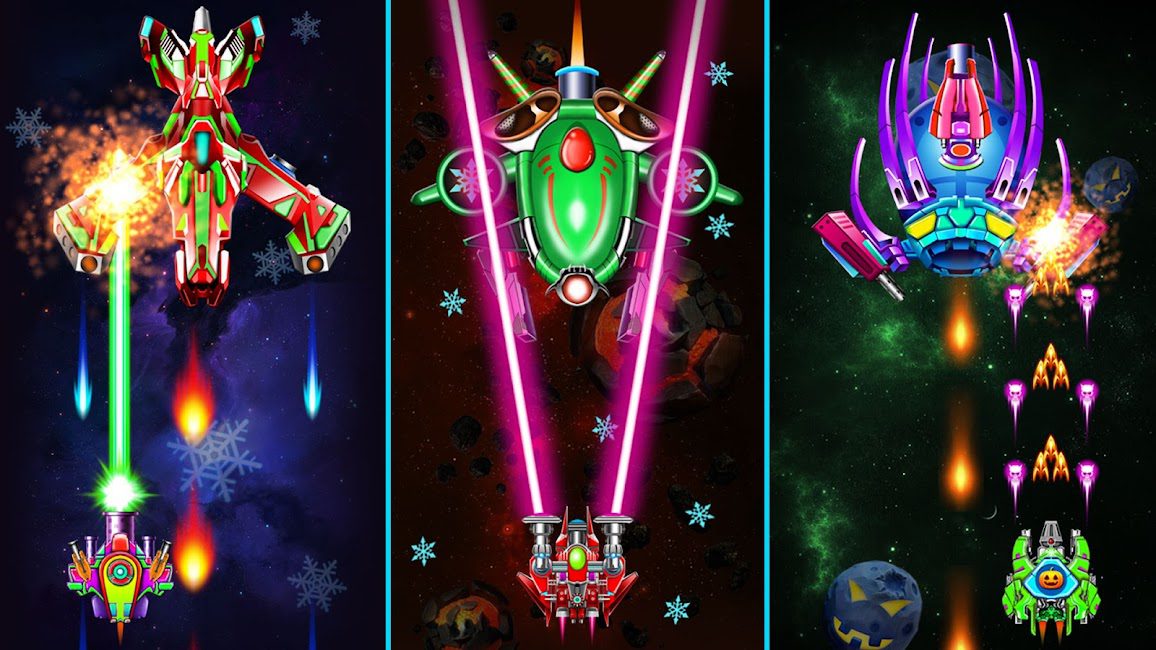