Puzzle & Dragons – Puzzles and Dragons is a new game with great graphics and quality in the style of puzzle, intellectual and adventure games, a product of GungHoOnlineEntertainment studio for Android smart operating system, which is downloaded by millions of Japanese users. Japan is considered! In this game you have to place three or more balls of the same color next to each other and attack your enemy; By defeating various enemies, you can collect a collection of monsters and entertain yourself for hours. Not to mention that in this game, unlike all match-3 puzzle games, you can move the desired number of balls and create a powerful and unique team of monsters by collecting game monsters!

Games Puzzle & Dragons is free and has now been downloaded over 5 million times from Google Play and led many users to its own and it’s all user friendly game of RPG offer!

* Includes over 700 unique monsters to collect

Games Puzzle & Dragons is now on Google Play has a rating of 4.4 out of 5.0 , which we have today in Usroid the latest version it will provide a direct link. 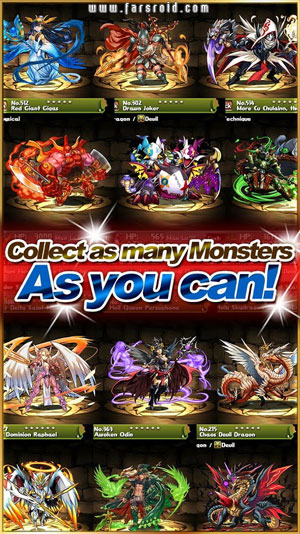 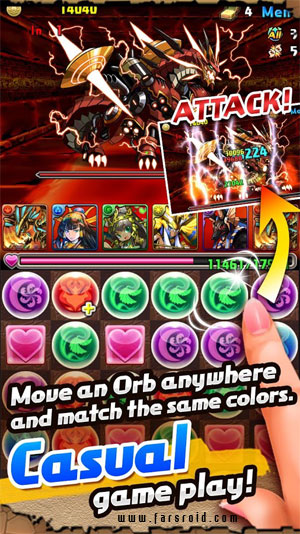