Graph Theory: The Game v1.03 – Geometric puzzle game “Graph Theory” for Android,
purchased and complete version of the game for $ 1, presented to you,
tested with offline execution

Graph Theory: The Game – Graph Theory is an interesting and different game with a focus on “Graph Theory” which is one of the famous topics in mathematics, which is in the category of puzzle games and in two free and paid versions (full version without ads ) Has been released for Android operating system. The anonymous studio Ianculescu Vlad in Romania was responsible for the development of this game. Usroid as soon as the Pro version of this game was released on Google Play, it was prepared and once again as the first Iranian websiteReleases this game. If you are familiar with the subject of graphs and graphs of functions in mathematics, you know that this topic is about a set of interconnected lines or points. Graph theory addresses this issue. Today we see its applications in other sciences such as life sciences or chemistry (for example, the connection between molecules is established through a graph similar to a graph diagram). Now Ianculescu Vlad Studio, modeled on this science, is an interesting and entertaining game in the style of puzzle games.has constructed. How to play the game is very simple. In the stages of the game, you will see different points in the image that must be connected according to graph theory. You need to connect these points so that they are all connected in some way. To do this, you actually have to consider the central points as the main bases and connect the other points to each other through this point in the form of a network. Contrary to many people’s beliefs, the style and gameplay of Graph Theory: The Game is very simple and easy. At least up to the first few steps you can solve the steps in a few seconds. Your main task is to manage time and manage the number of moves! The less time you spend solving these puzzles, the more points you get. On the other hand, the fewer moves you make to solve the puzzles, the more points you get.

It can be said that most of the puzzles in Graph Theory: The GameThey can be solved with just a few simple choices. So what you need to do is a simple analysis and trial and error. The game developer has designed the general conditions of the game easily. You can also use tips during the game to make the best possible choice. Despite the possibility of resetting each step with just one touch, the working conditions have become even easier! You can do a lot of trial and error and after you finally find the solution, hit the reset button to repeat that step again and this time in less time with fewer moves. If you can do this you will receive three full stars. Of course, the higher stages of the game should not be underestimated. The higher stages present bigger and more difficult challenges for you. Graph Theory: The Game has 100 fun stages. Amazing designs and unique and colorful effects have given the game a brilliant effect. Also, interesting sounds make when you complete each stage, an attractive sound is displayed next to the visual effects to double the enjoyment of the stages. This game is a suitable choice for all ages, especially children, to become more familiar with mathematical and geometric topics and to have a better mentality of these issues. So if you want to download this game, right now the latest update of the purchased and tested version of itDownload Usroid . 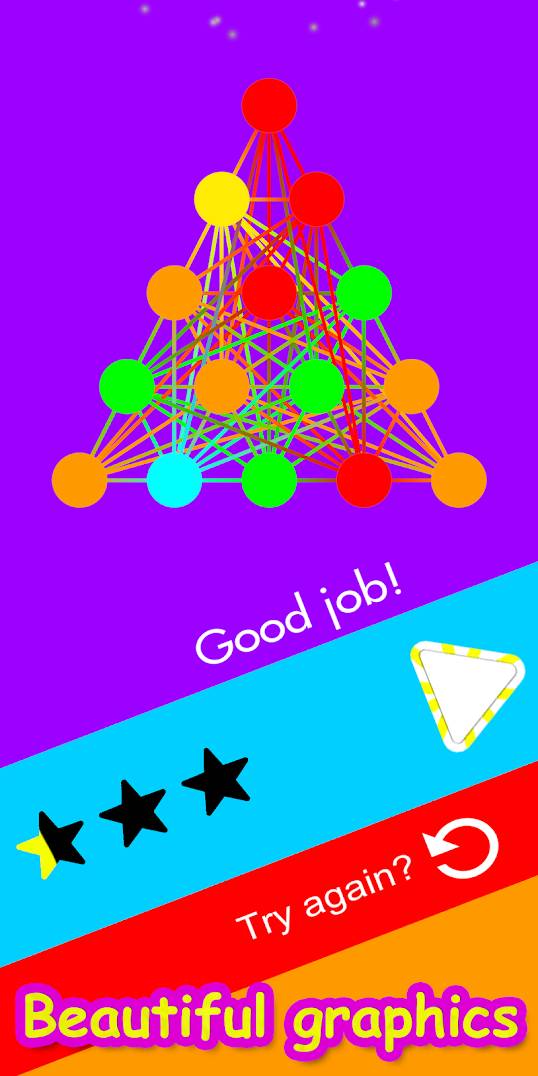 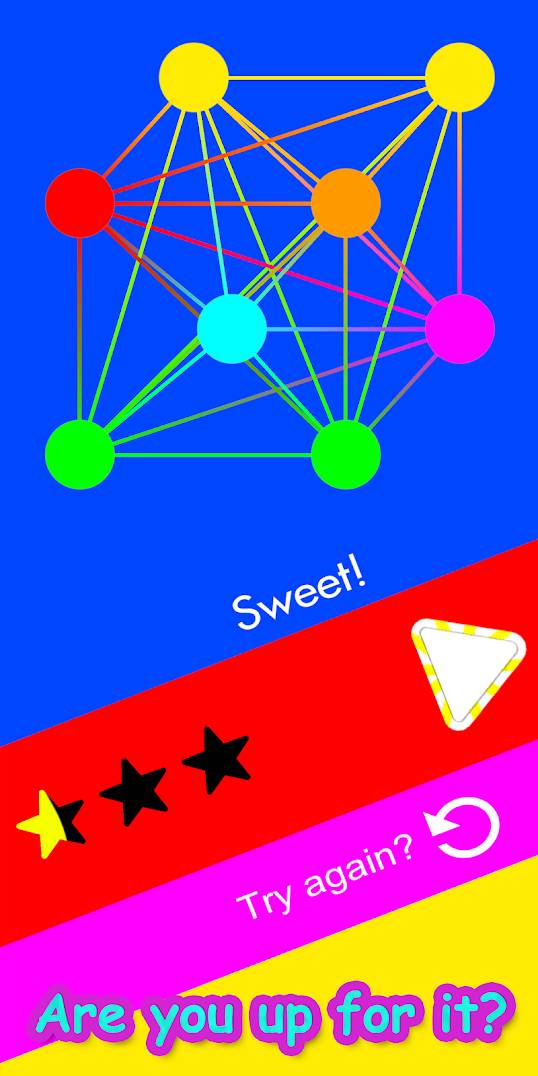 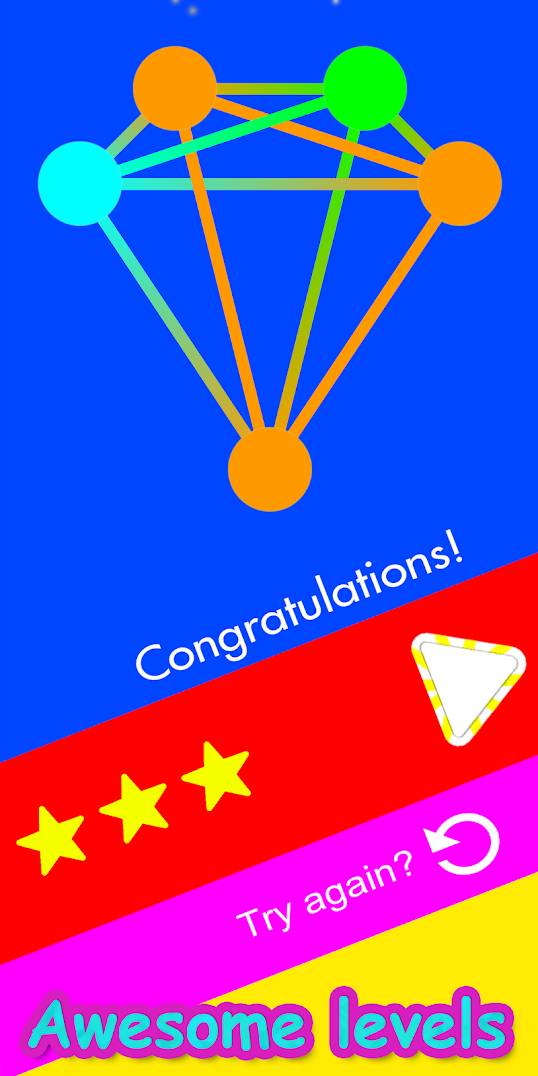 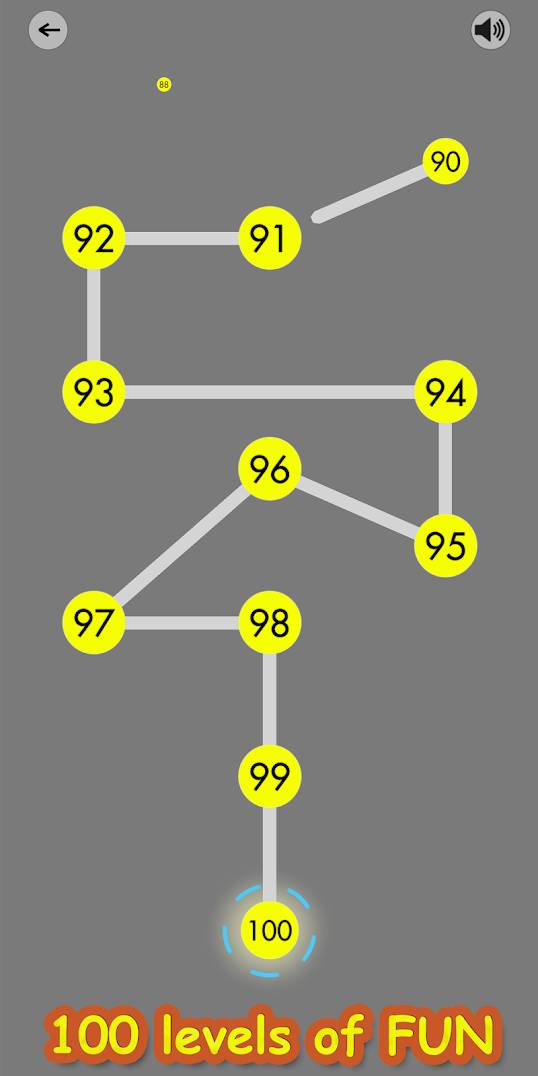 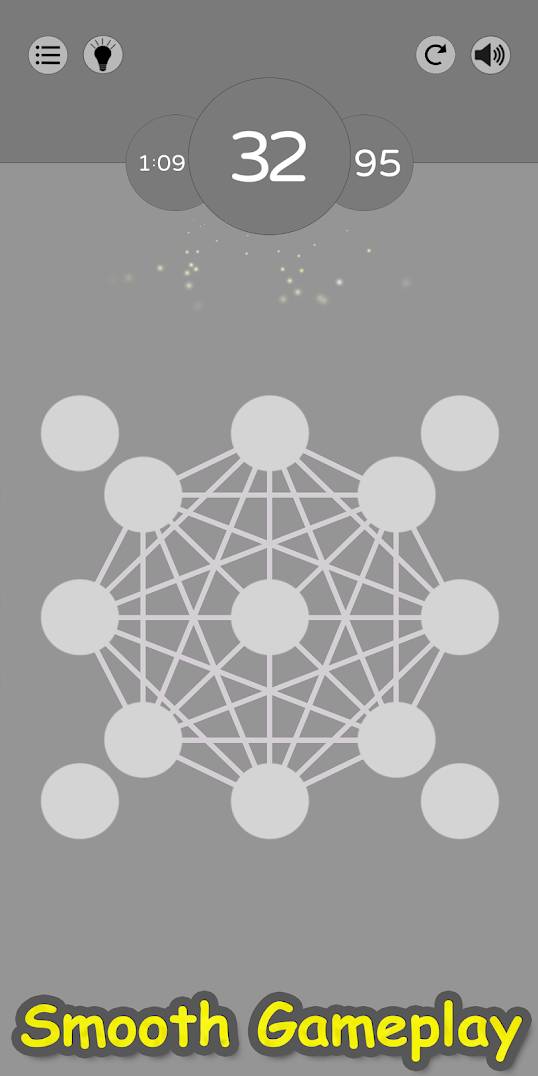 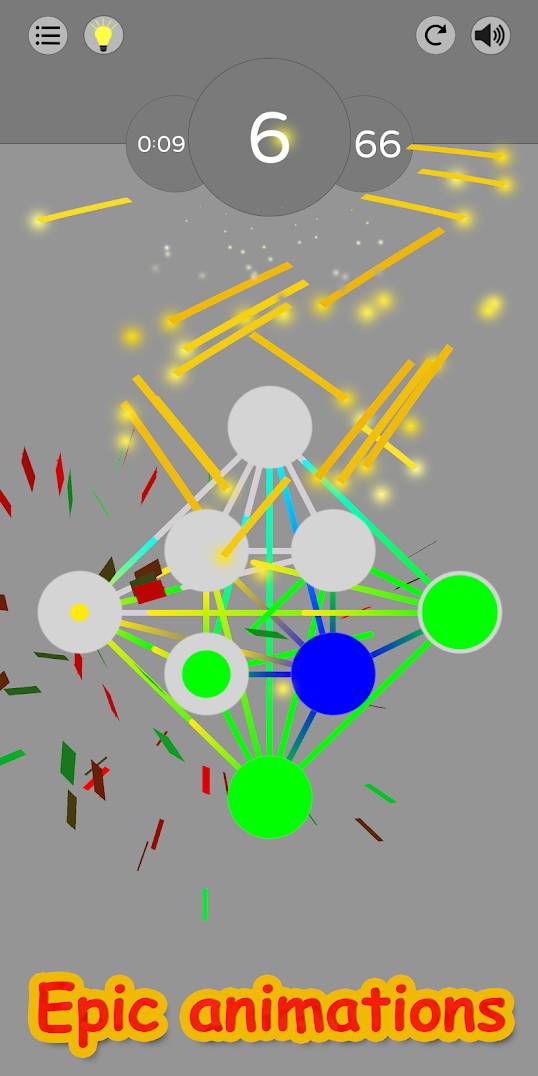