Islam is one of the major religions in the world and is one of the largest religions in terms of the number of believers. In Islam, there are various rules for most things, all of which must be followed and implemented by the believers. In addition, there are various ways of worship, some of which are obligatory for believers and some of which are rewarding and recommended. The most important worship in Islam is prayer. Prayer is a daily worship that is performed 5 times a day. Prayers have a specific time and must be performed at a specific time. In Muslim areas, mosques announce the time of prayer to believers at the beginning of one of the prayers by playing the call to prayer over a loudspeaker, but this is not the case everywhere. Therefore, believers in Islam must be equipped with tools to calculate religious times so that they can perform their worships without any shortcomings. We are at your service today with such a tool.Islam.ms Prayer Times Qibla finder Locator Compass is an application for information about religious times and qibla direction, for the Android operating system, developed by Islam.ms and published for free on Google Play. With this app, you no longer have to worry about being late for prayers, because wherever you are in the world, use this religious app for Android.You can receive the exact religious times of your area and worship according to them. The program is also able to calculate the qibla for all parts of the world and even display the qibla on Google Maps. In addition, it will inform you by playing the call to prayer at the beginning of each prayer time. You can also set this program to wake you up every morning for morning prayers. In one part of this program, you will have access to a variety of prayers. In addition, a special section for teaching Islamic rules and worship is included in the program. There are several tools in the program that will definitely work for you. For example, there is a tool to calculate the amount of zakat and another tool to calculate the amount of inheritance according to the rules of Islam. On special occasions such as Ramadan, special tools are provided to the user to facilitate worship.

Application Islam.ms Prayer Times Qibla finder Locator Compass is a comprehensive tool for all Muslims of the world that Android users have the satisfaction rating of 4.5 from 5.0 from Google Play users receive. Now you can download the original version of this program with all the features and capabilities from Usroid for free. 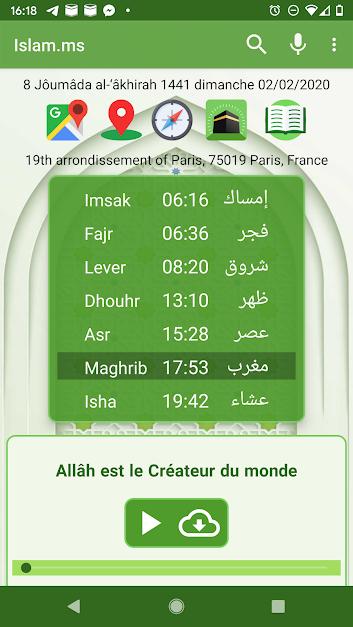 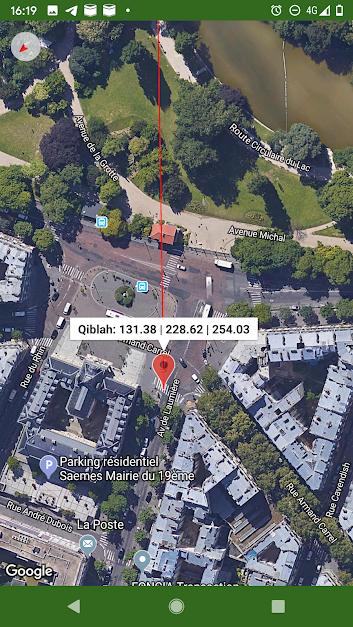 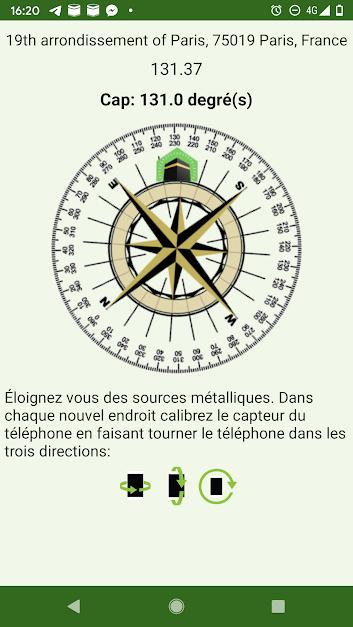 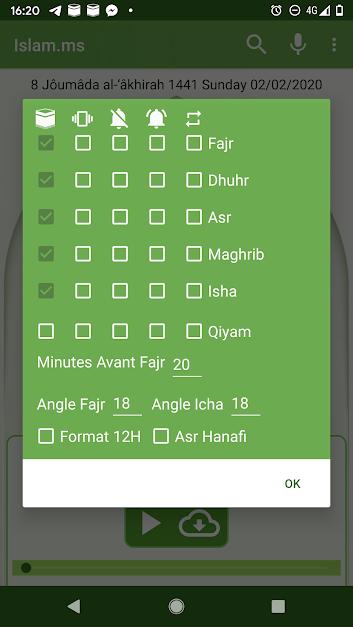 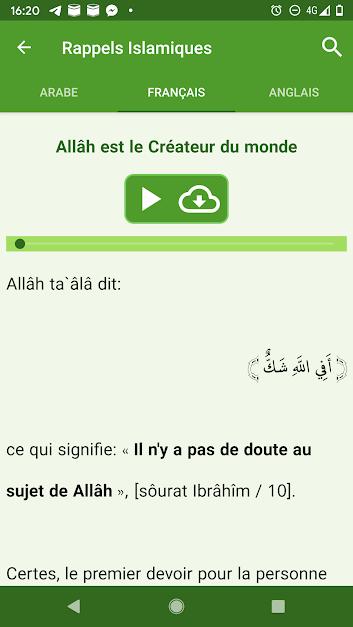 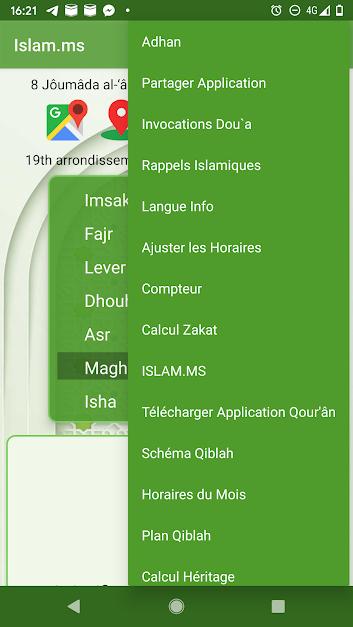 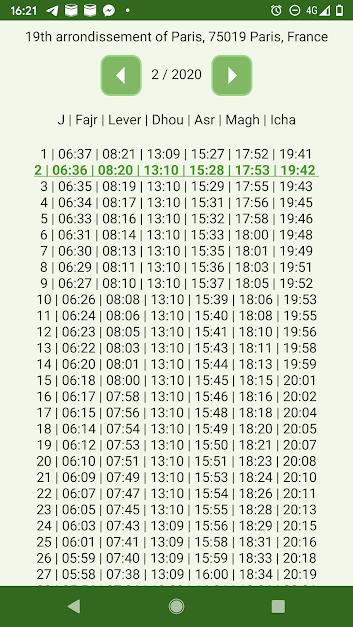 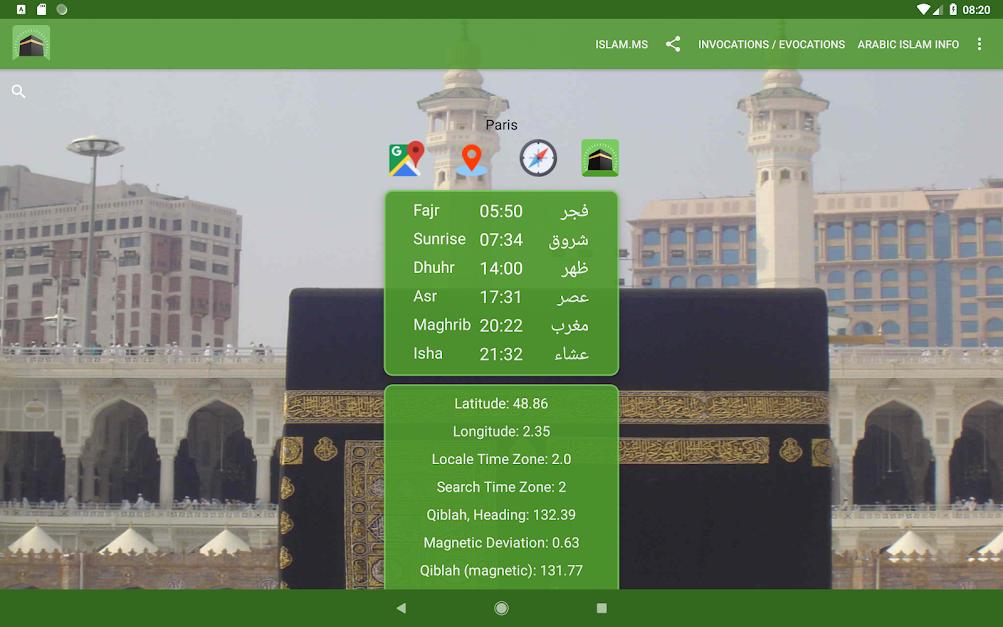 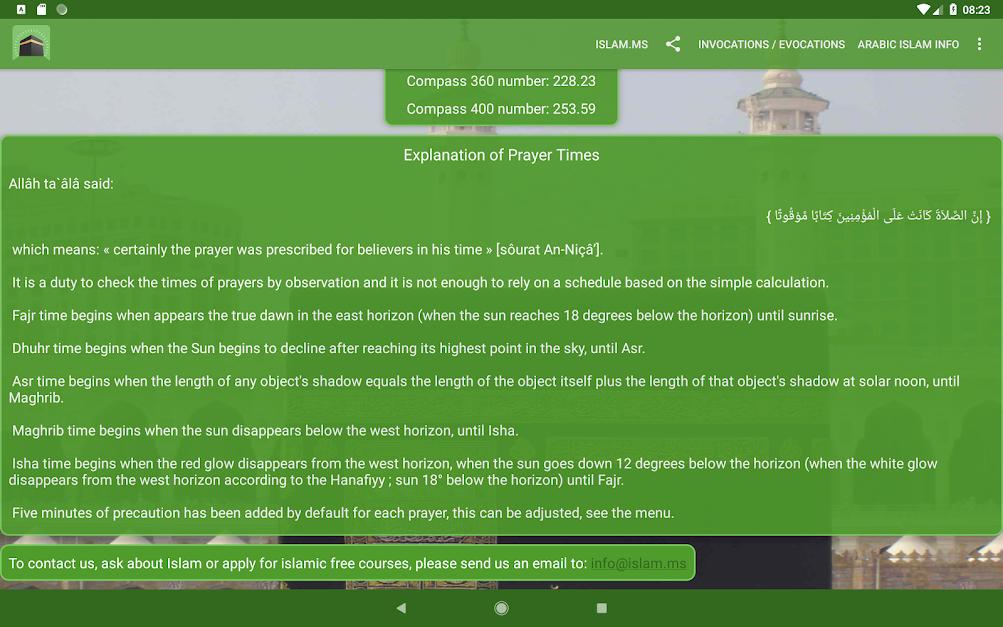 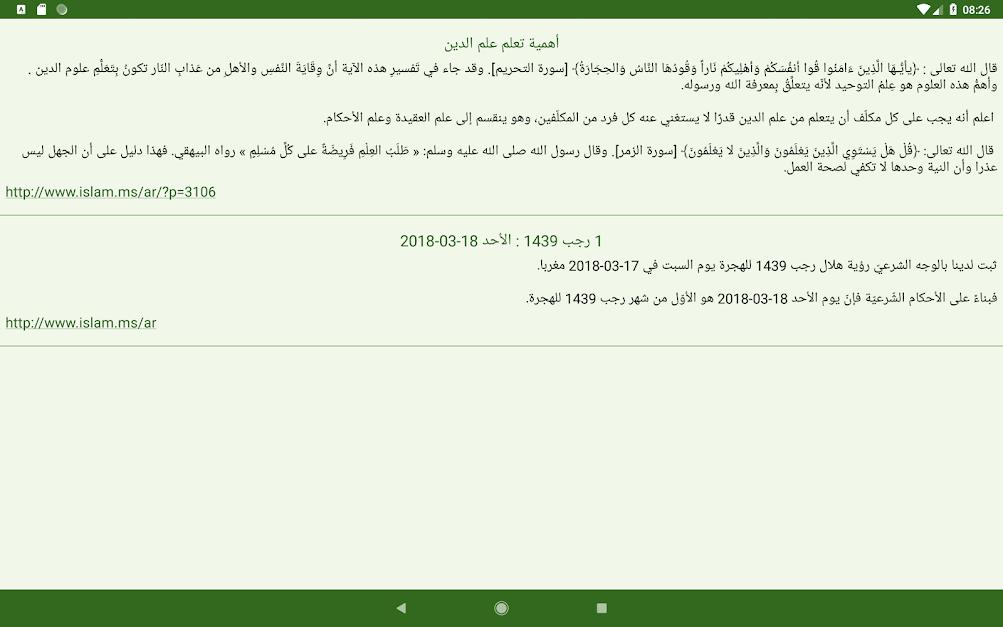 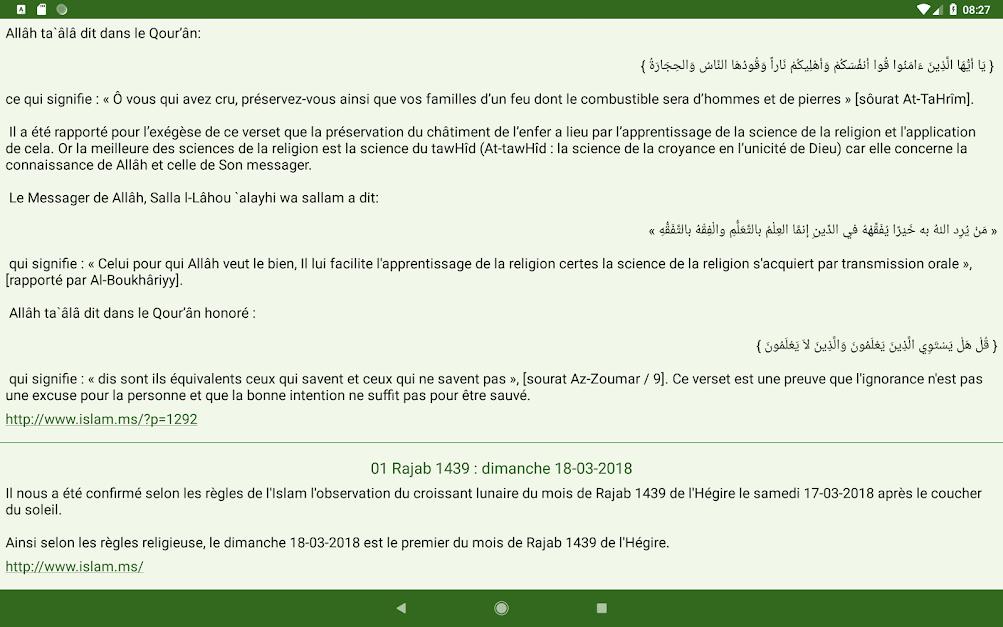 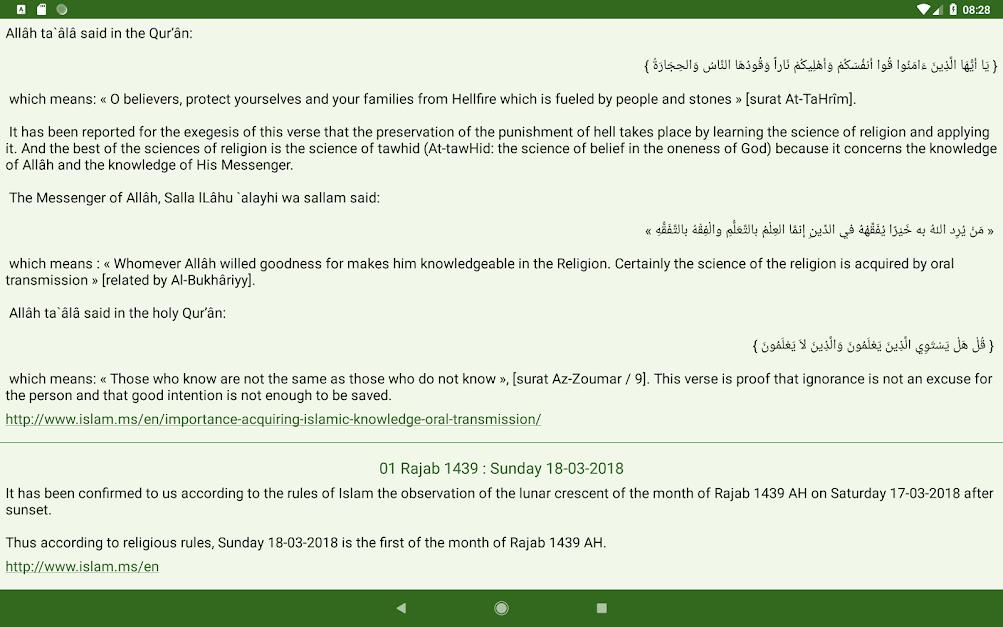 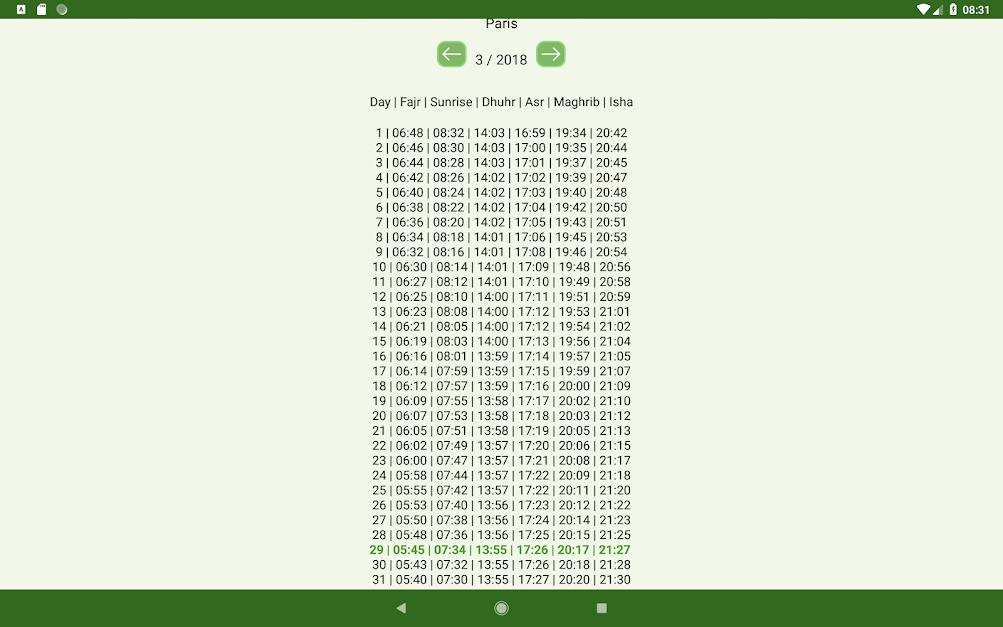 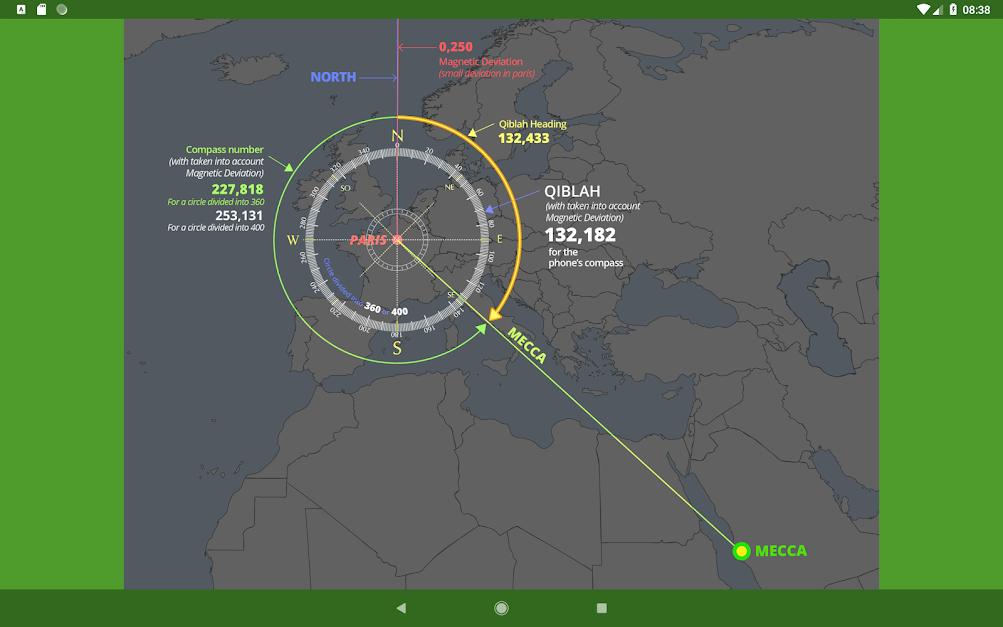