RoboVox – Voice Changer is a popular and interesting program for Android operating system with which you can make your voice look like famous robots! This program is able to record your voice and turn your voice into various forms, including funny or musical, with the help of vocoder technology. You can choose one of 24 different conversion models and import the recorded voice into the software or speak at the same time in the software to change your voice to one of the selected models.

Some features of RoboVox Android app:

* Having 24 sound models including robot, singing

* Ability to save modified audio in WAV format

* Having a direct recording mode or importing the recorded sound

* Having 3 different modes of recording direct, simultaneous and longitudinal sound

The above program is currently sold at a price of $ 0.99 in the Android market and has a score of 4.2, which you can download the latest version with a direct link and for free from Usroid . 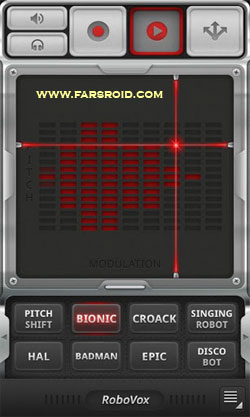 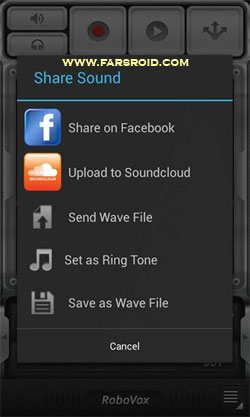