These days, access to the Internet, especially high-speed Internet, has become one of the basic human needs around the world. One of the main tasks of governments is to provide quality Internet for citizens. When the Internet became available to the public, many viewed it as a hobby, but over time, its potential became clear to everyone, and the Internet became the most important human communication platform. Large companies used the Internet for business, and the Internet gradually became the largest business platform in the world. So that now most of our work is done through the Internet or with the help of the Internet. Now our jobs, hobbies, social services, relationships, education, and many other jobs are heavily dependent on the Internet. But the internet connection is not fast and stable everywhere, and this causes annoyance to the users.A 0.0.0.0: Faster & Safer Internet, DNS Changer is an application for changing the phone’s DNS server, to achieve faster and more stable Internet, for the Android operating system, developed by Paty and available for free on Google Play It’s been published. This program is different from the 1.1.1.1 application that was previously introduced in Usroid and is better than it in many ways. Because in program 1.1.1.1 only Cloudfire DNS was used, but in this program there are no restrictions and the fastest and best dns server is always used. This program is able to open blocked sites and provide better ping and stability for running online games such as Pabchi. The DNS servers used by this program are among the most reputable servers and are provided by companies such as Google, CloudFire, ،, so the security of your information is guaranteed.

Some features and capabilities of A 0.0.0.0 program : Faster & Safer Internet, DNS Changer Android :

Application A 0.0.0.0: Faster & Safer Internet, DNS Changer is a useful tool for all those who are not satisfied with the speed and stability of their Internet. With the satisfaction of Android users, this program has been able to receive a score of 3.8 out of 5.0 from Google Play users. Now you can download the premium version of this program with all the features and capabilities from Usroid for free. 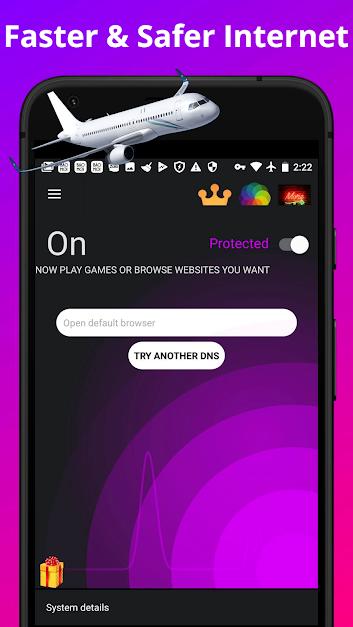 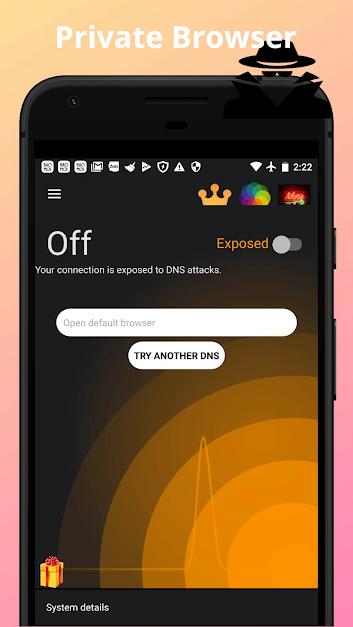 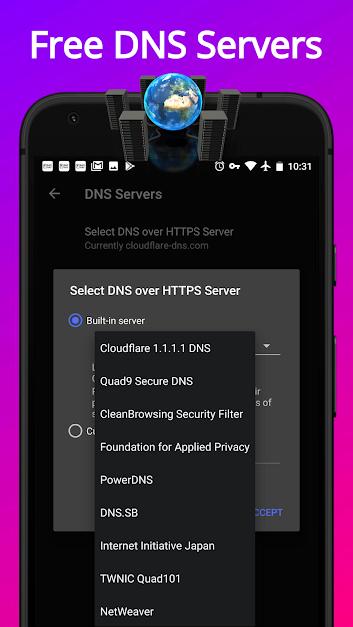 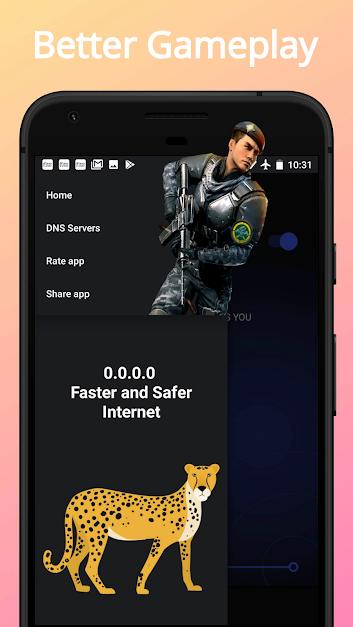