Blocky Car Racer – Blocky Car RacerIs the title of a game in the racing genre published by mobadu game development studio for Android devices. The game studio, which is the creator of other unique works such as Blocky Moto Racing and Blocky Farm Racing & Simulator, and with its latest game, Blocky Car Racer, has once again shown that you do not need millions of dollars to build a good game. Blocky Car Racer has been downloaded more than 10,000,000 times in the Android Market and is another success in mobadu game development. Without a doubt, such an overwhelming reception is not accidental and indicates the high popularity of a game. Perhaps the reason for this popularity is the uniqueness of this game compared to other racing games. When a racing game is released, gamers go to it to try it at least once. Now, if that game, like the game ahead, is unique and offers something new, it will definitely be welcomed and the seal of success on it is certain. For example, imagine Lego and Hot Wheels decide to work together to create a new and unique game. The result will be something like Blocky Car Racer. Of course, while this game introduces itself as a racing game, at the same time we must say that it is not suitable for addicts of excitement and adrenaline. In this game, you will not get the staggering speed of Need For Speed ​​games, and the gameplay focuses more on a casual experience. But what you get is a city, a traffic, a street, and 3 cars that have their own unique waxing graphic style and remind you of Minecraft and Unturned games.

Blocky Car Racer gameplayIt has 3 modes, each of which has its own challenges. In “DEMOLITION MODE” you can blow up cars at a specific time and try to get the highest score. In “RACE MODE” mode, you have an endless car ahead of you and you should try to get the most points without accidents and cover the best distance. This stage also has obstacles such as police cars, fire trucks, and road workers. Apart from these, there are also coins that have a bonus mode along the way, and by collecting them, you can improve your score. Finally, in “CITY MODE” you can explore an open world and try to find the secrets of the city. In this case, parts of the city have secrets that you can find to unlock various features. For example, you can fly from the roof of buildings, change the day and night mode, change the weather, and unlock many other features. At first, you have a car that you have to play the whole game with the same car, but after 60 to 120 minutes of play, you can release other cars and enjoy them. Other unlocks include nitro and handbrake, which are unlocked in “RACE MODE” mode after 1 km and 2 km, respectively. The game controls are designed in two modes, virtual buttons and motion sensors, which you can choose according to your taste. Also, the viewing angle of the game is designed in 4 camera modes, which you can choose. The game’s sound is fantastic, and the sound effects of car explosions, crashes, engine noise, braking, nitro, and اند work well, multiplying the game’s appeal. It is worth mentioning that you do not need to connect to the Internet to campaign and play the main modes, but you can enter the global leaderboard by connecting to the Internet and try to achieve various achievements and your chance to gain a place. Try the best. Blocky Car RacerIt has a score of 4.1 out of 5.0 in the Android Market, and the Usroid teamintends to provide this game to you dear ones in a tested and completely free way. At the end of this article, you can download the original version of this game along with its modded version from our servers and enjoy its execution! 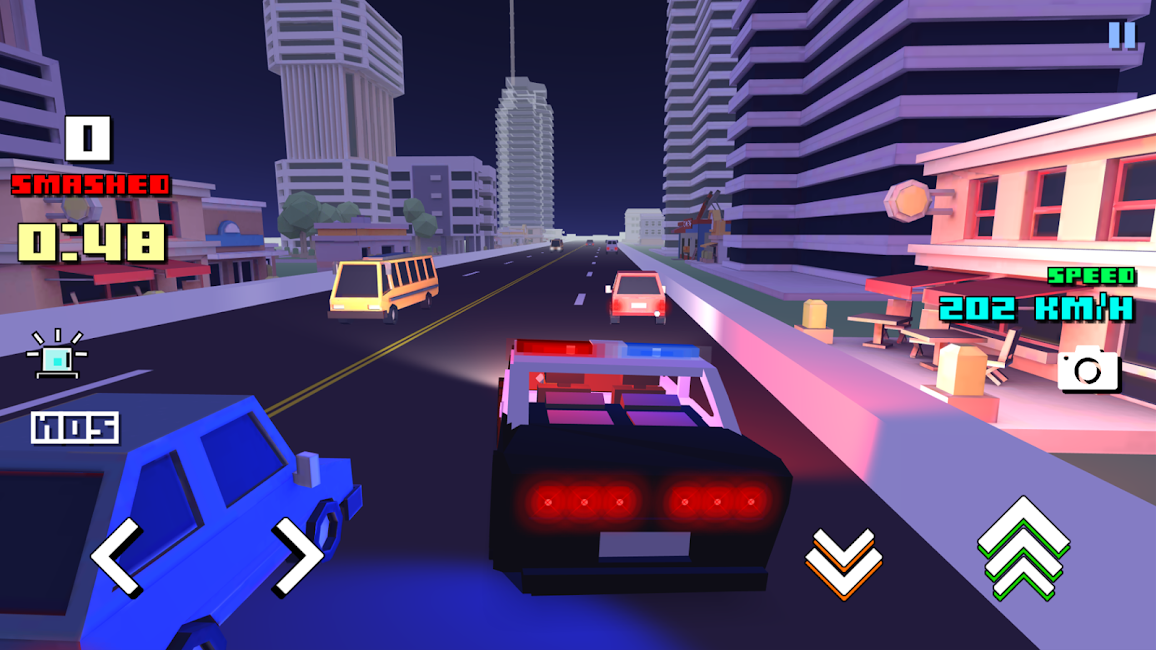 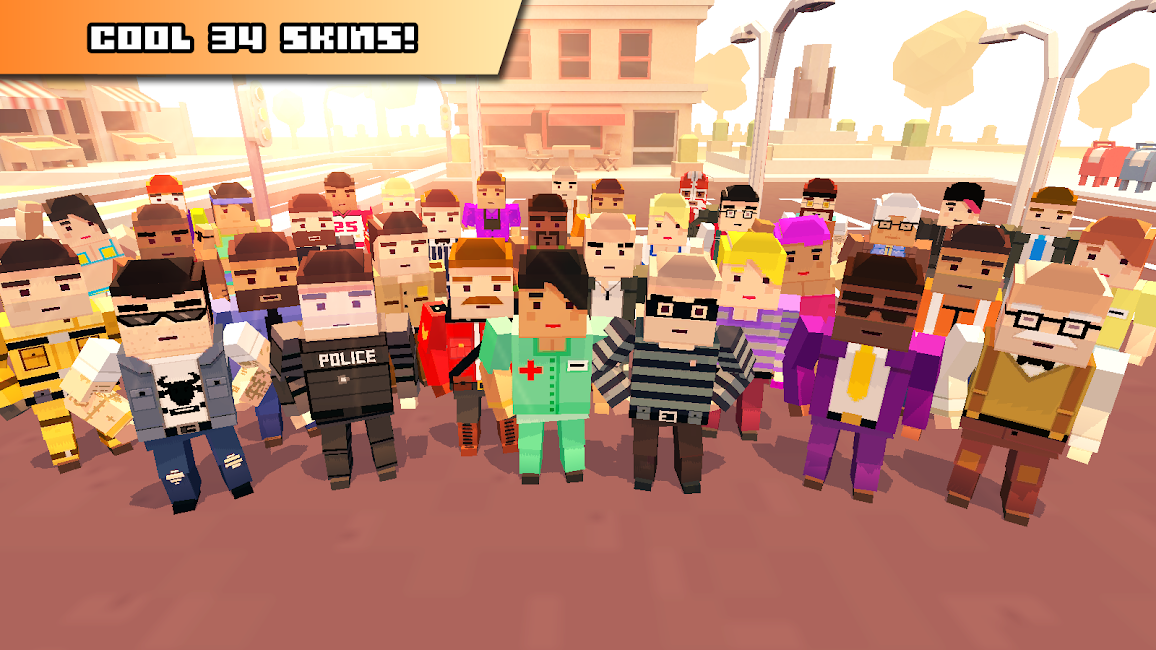