One of the biggest advantages of the Android operating system over other mobile operating systems is its extensive customization capabilities. Android is an open source operating system. This means that its code is available to everyone and anyone can freely edit it and build their own operating system. Using this feature, various developers have found the ability to create very powerful and useful tools for personalizing and editing the Android user interface. The user interface is one of the parts of the phone that we use a lot and on a daily basis. For this reason, it is very likely that we will get tired of it after a while and seek to change it. As mentioned, there are several tools for personalizing Android UI. One of these tools is launchers that have the ability to change the home screen and application menu. In addition, they allow us to change the application icon. There are various icon packs that can be used with launchers and change the appearance of the Android user interface in general. So far, we have introduced many icon packs at your service in Usroid, and today we are at your service with another beautiful, special and complete icon pack. Omoro – Icon Pack is a dark and eye-catching icon pack for Android operating system developed by Vertumus and published on Google Play for $ 0.99. The icons in this collection are very beautiful and stylishly designed. Step into the mysterious and dark world with this material pack icon. The shadows and dark colors of the icons take you to a hidden world.

Some features and capabilities of Omoro – Icon Pack Android app:

Omoro – Icon Pack application is a popular and very beautiful icon pack that has been able to get an excellent score of 4.7 out of 5.0 from Google Play users by gaining the satisfaction of Android users. Now you can download the purchased version of this program with all the features and capabilities from Usroid for free. This icon pack has been introduced at your request and the latest version is in front of you. 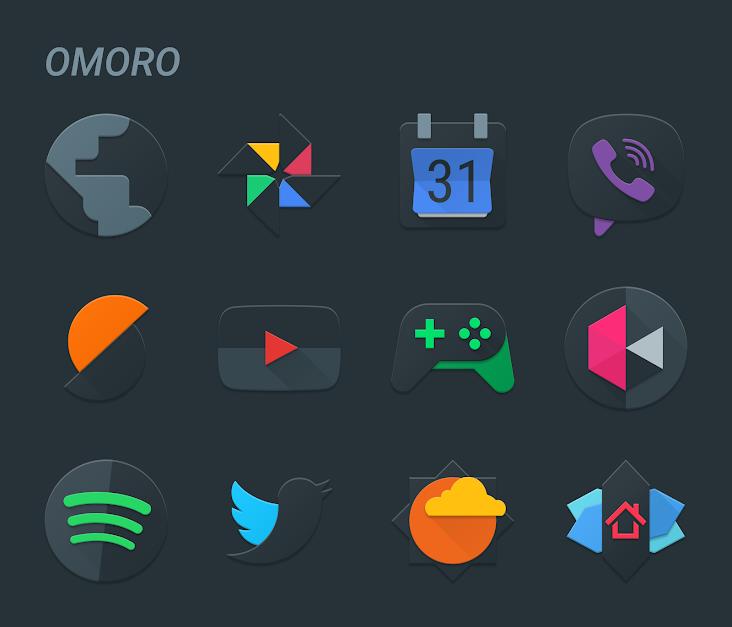 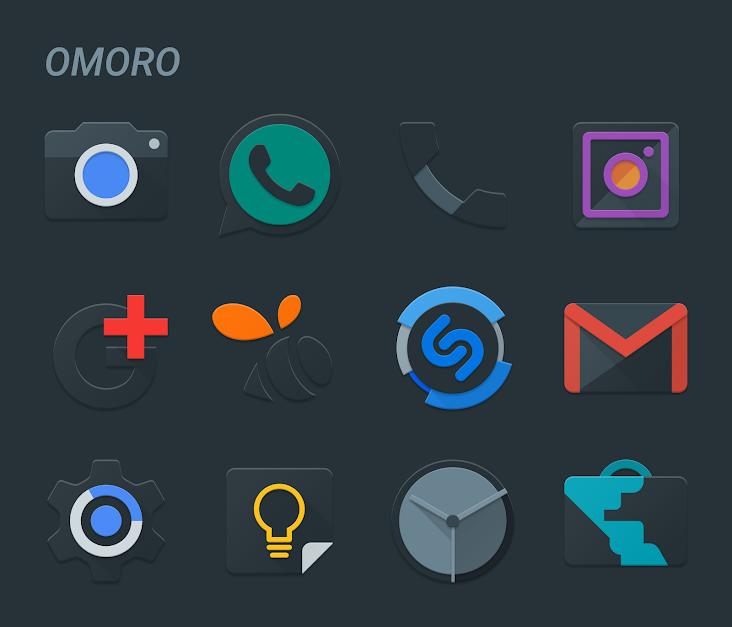 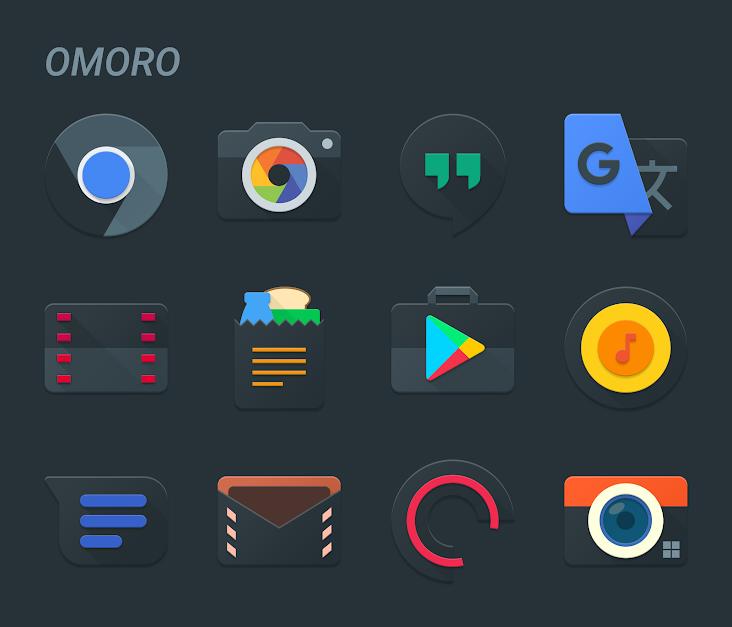 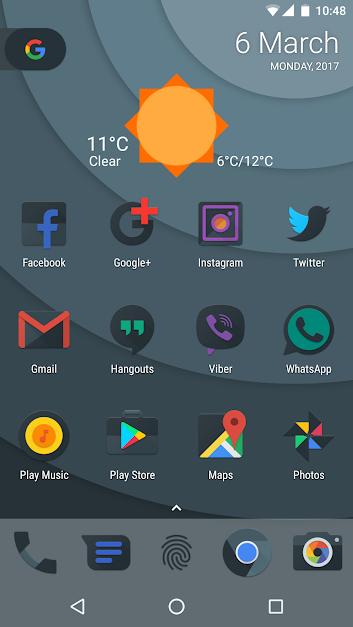 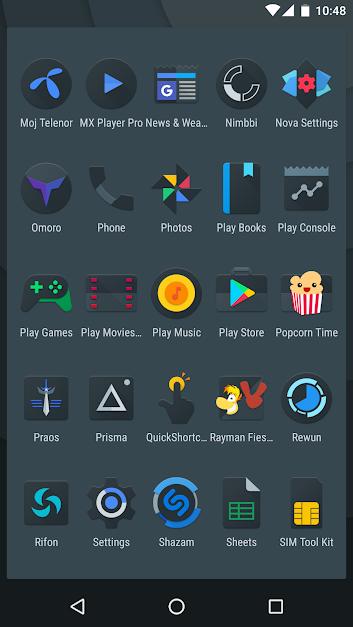 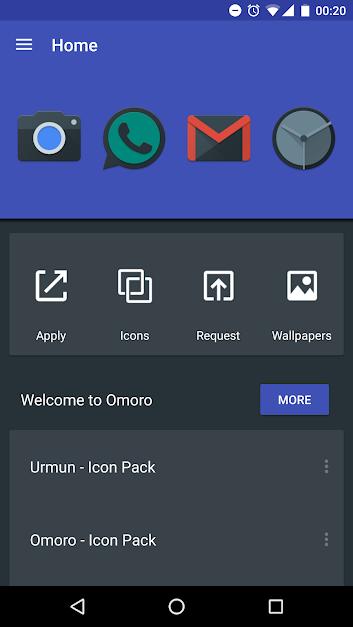 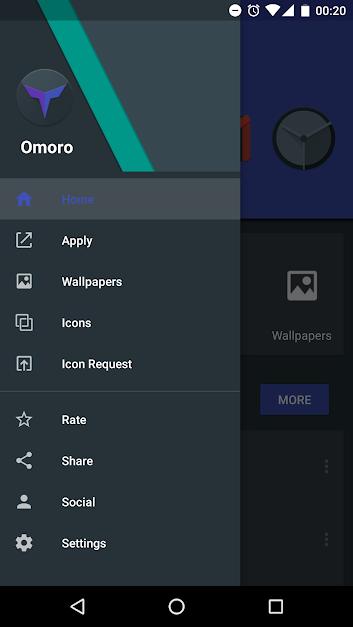 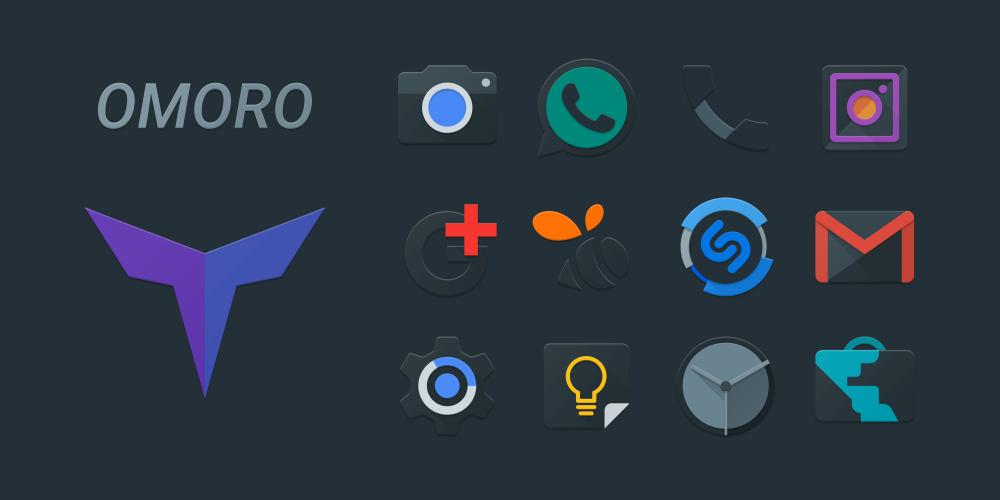 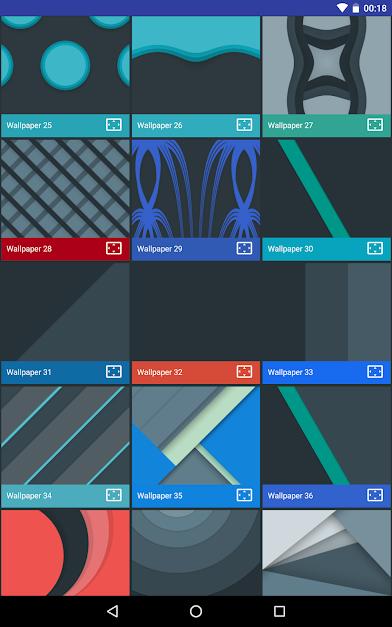